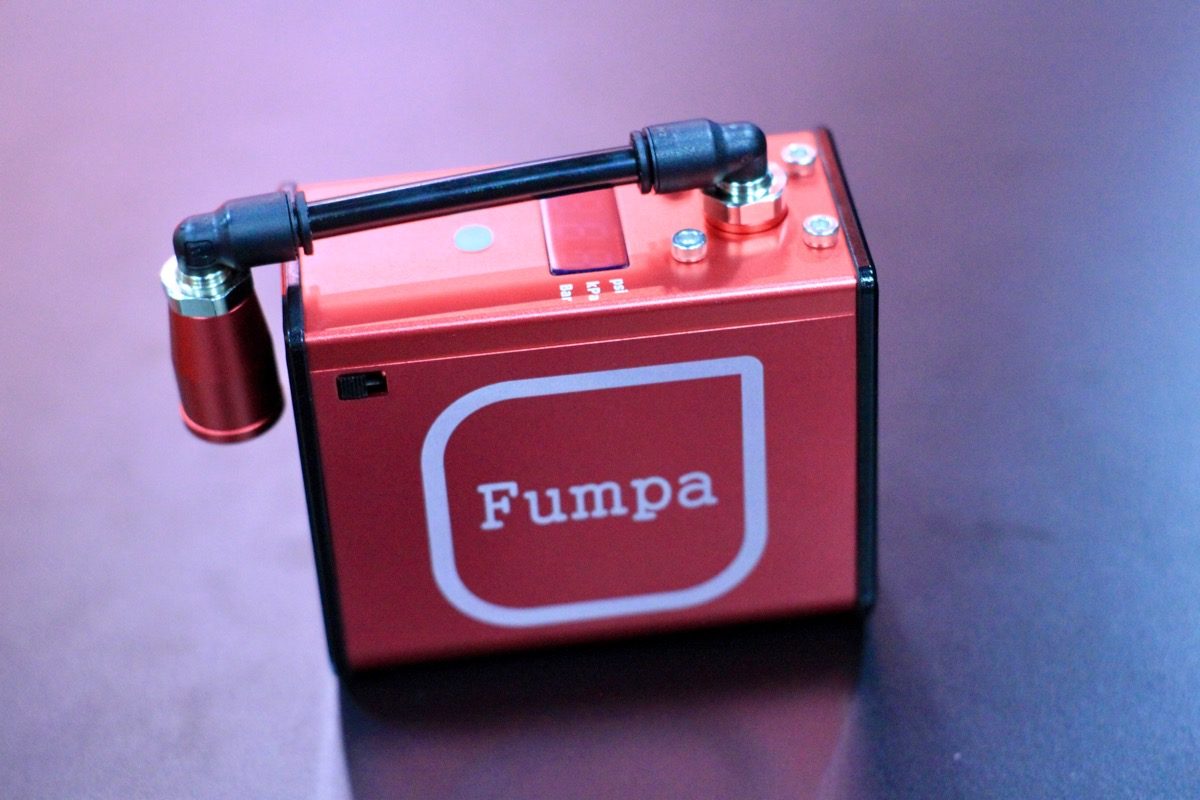 At Interbike this year there were literally hundreds of electronic products on display, in virtually every category imaginable. Companies showed off electric bicycles, jerseys, and socks with integrated LEDs, electronic suspension controls, GPS units, and digital tire pressure gauges. Fumpa Pump found yet another category to add to the list of electric devices for bikes: an electric pump.

The company offers two electric pump models, the Fumpa and miniFumpa, though the larger Fumpa is really the only one that mountain bikers might consider using. The Fumpa features a lithium ion, rechargeable battery, and can pump up a road bike tire to 100psi in roughly 20-25 seconds. A single charge provides enough juice to inflate several road tires, though large-volume mountain bike tires are a different story. The folks I spoke with at Interbike didn’t provide a lot of guidance in terms of how many MTB tires the pump can inflate per charge, and they didn’t recommend the Fumpa at all for ultra-high volume tires, like those used on fat bikes.

That being said, the company says bikepackers are starting to experiment with the Fumpa for long distance rides on (relatively) skinny MTB tires. Compared to traditional inflation products, the Fumpa clearly offers both advantages and disadvantages.

Compared to both CO2 and traditional hand pumps, the Fumpa is loud, which could turn some buyers off (see video below). The unit does come with a built-in digital pressure gauge, though these are becoming more common on mini pumps these days.

Finally, there is the matter of price: the Fumpa currently retails for $179, which is easily three times the cost of the most expensive mini pumps on the market, and enough to buy many years’ supply of CO2 cartridges.

The Fumpa pump is available for purchase directly online at fumpapumps.com.