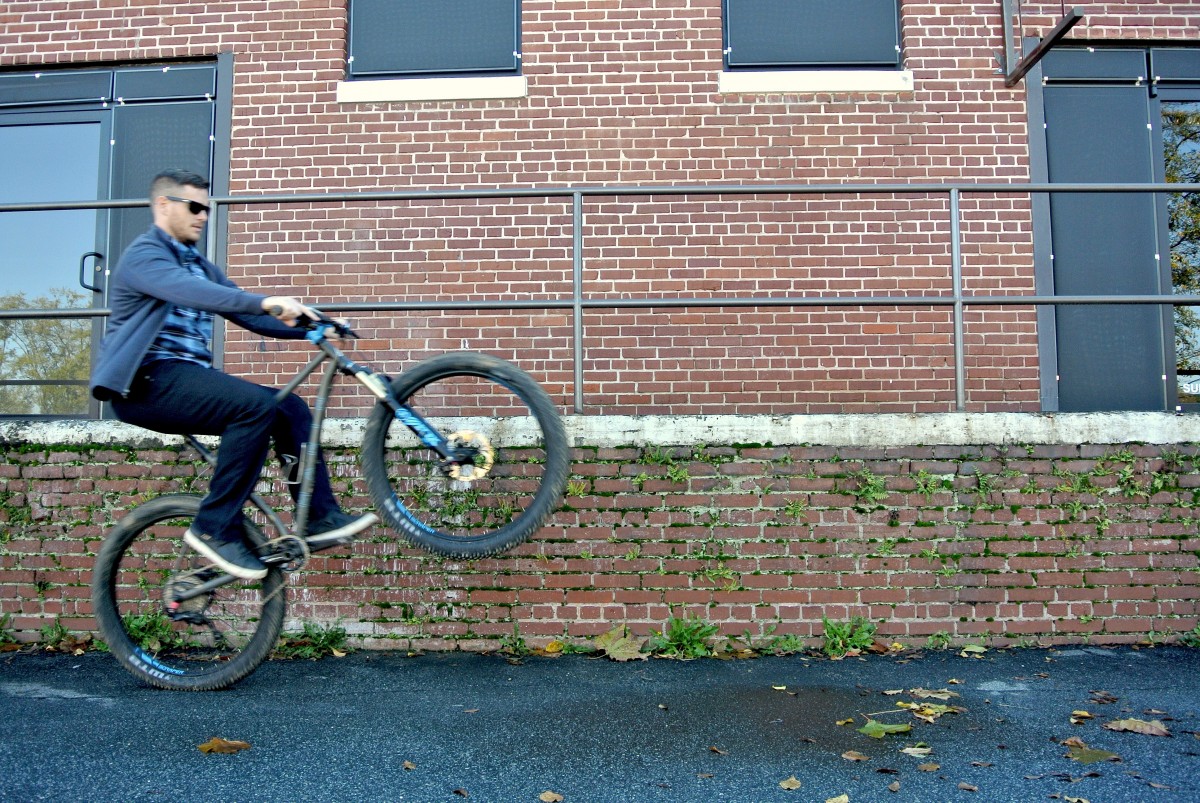 Club Ride Apparel was founded in 2008 as a company with a different take on mountain bike clothing. Instead of choosing between spandex race kits or “chee-yeah brah” DH-leaning gear, Club Ride wanted to create a middle ground. Their first offering, the Western Shirt, was a technical shirt that you could ride in, but also wouldn’t look out of place at the pub after the ride.

Their line has expanded significantly over the past few years to full lines for men and women, including jerseys, shorts, pants, and jackets. Club Ride sent over some of their latest gear for us to check out.

As a huge fan of flannels, particularly at this time of year, I jumped on the chance to try the Daniel. It’s 100% cotton, soft, and thin, but still warm. The fit is comfortable without being overly baggy, and the sleeves are long enough–even for my monkey arms. Like many of Club Ride’s jerseys, it uses pearl snaps instead of buttons. There’s a chest pocket with a headphone port that just fits an iPhone 6, and another larger, zippered pocket on the right near the waist.

Since it’s cotton, it’s probably not the best option for an all-day hammerfest out on the trails… but for easy cruising, or as a light jacket over another jersey, it’s awesome. I’ve been wearing it during my commutes to and from work, which sees me riding road, paths, and singletrack. It does have some discrete mesh venting in the armpits to keep you fresh. 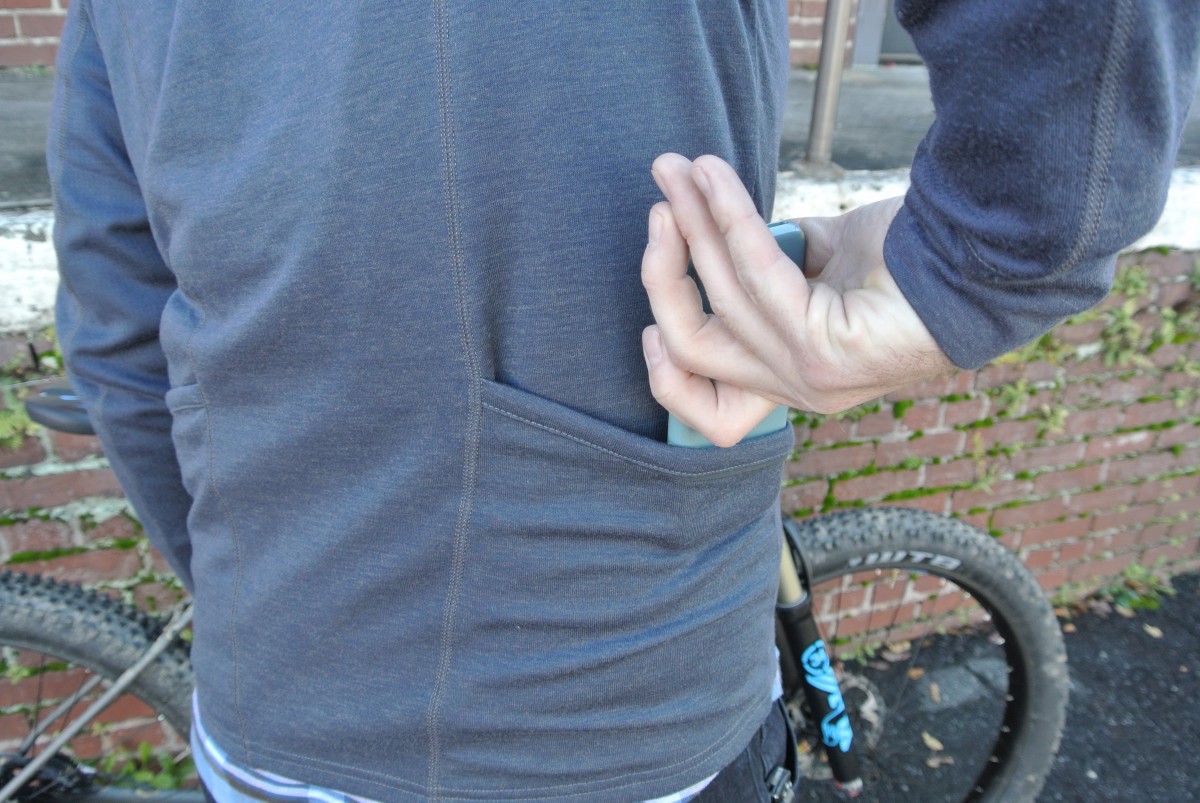 The Mason is a long-sleeve, full-zip jersey made from Club Ride’s Dri-sulate poly-wool blend. Its cut is slimmer than the Daniel, but still not racy. There are two deep pockets on either side of the back, one of which has a headphone port. For chilly rides, the thumbholes in the cuffs are a welcome addition.

We haven’t had any really cold weather yet, but I’ve worn the Mason on a couple of windy rides with temps in the 40s. It does a great job of cutting the wind, and I was able to wear it for several days before my girlfriend said I was stinky. The Mason is the most technical of the pieces that Club Ride sent. It works great on the trail, or the road bike, but off the bike it looks like a nice sweater. 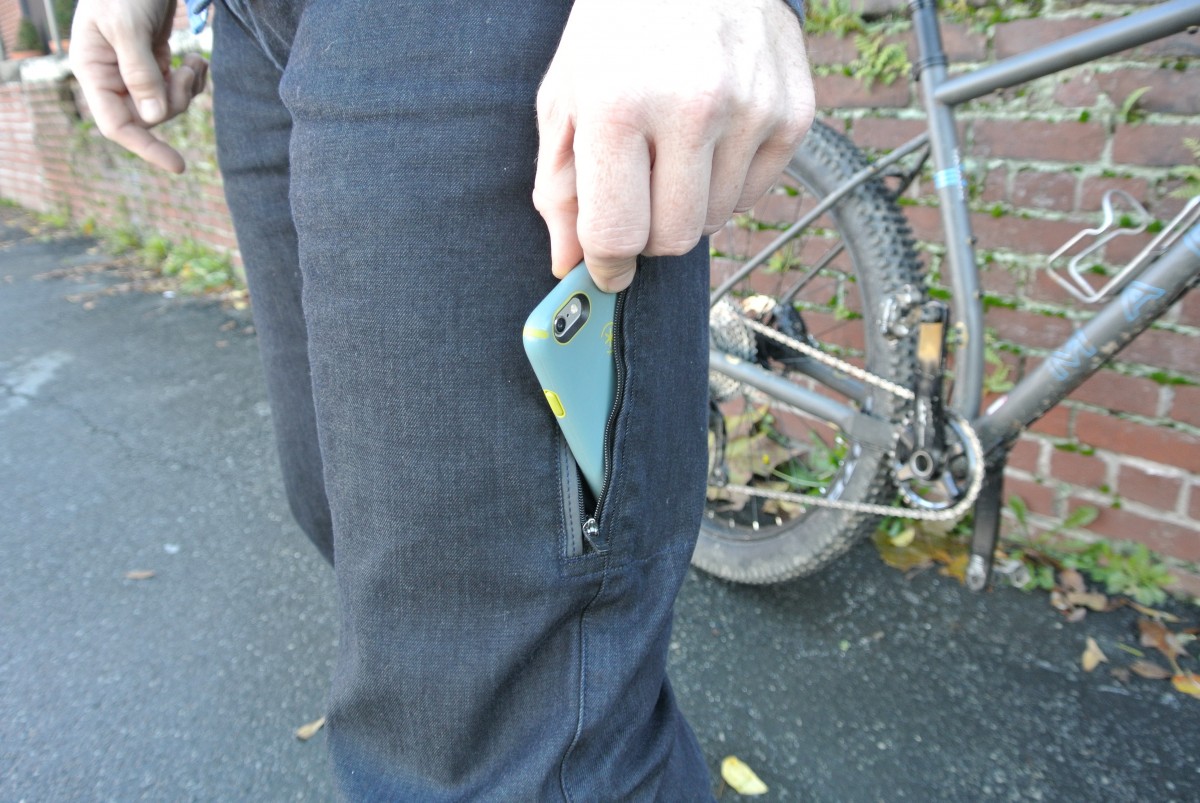 These jeans look similar to any other quality pair of blue jeans, but they incorporate some features that make them much more enjoyable to wear on the bike. Most noticeably, the Cog jeans have a little bit (1%) of lycra woven in with the cotton, so they move with you. Whether you’re pedaling or demonstrating your karate kicks, they’re supremely comfortable. They also feature Club Ride’s NoCrackBack, which sees the waist rise in the back to prevent your butt from hanging out.

Other highlights include a seamless, gusseted crotch, reflective accents, and a zippered smartphone pocket on the left leg. The legs are cut straight and the fit is fairly loose. If you’re in between sizes or prefer a slimmer fit, I’d recommend going smaller since they’re so stretchy.

Like my past experiences with Club Ride’s gear, I’ve been happy with the quality, fit, and performance of their latest offerings. This is clothing that you can wear anywhere: on the bike, at the pub, or the office. If you want to be a little more subtle with your mountain bike attire, I’d recommend checking out Club Ride’s extensive line.

Thanks to Club Ride for providing the Daniel, Mason, and Cog for review