Ibis has just announced the release of their brand-new Mojo 3. The big news? The new Mojo 3 comes stock as a 27.5+ rig with 2.8″-wide tires. However, this plus-size setup uses Ibis’s current 741 rims, which I’ve noted in the past should work great for these large tires. I’ve even questioned Ibis over the past year about whether or not they’re planning to go plus size, but they’ve kept the lid on this project screwed down tight. Until now.

Also unique about the Mojo 3 is that Ibis does not think the Mojo 3 is compatible with 29er wheels/tires. Instead, they claim that you can easily drop the plus-size tires and just toss standard 27.5″ tires on their rims without negatively affecting the geometry whatsoever. This makes sense to an extent, since Ibis has been running standard 27.5 tires on their 741 rims for years, but you might think that since, based on the generally-accepted wisdom of the day, that 27.5+ tires have the same outer diameter as a 29er tire, and would consequently make the BB height higher with a 2.8″ plus-size tire than with a 2.3″ standard 27.5″ tire. However, Ibis argues that this isn’t the case:

In 2014 we started a project that would make the Ripley both a 29er and 27.5 Plus bike, because Plus tires were supposed to be about the same outer diameter as 29er tires. Then reality happened. When we got our early Plus tire samples and started measuring, we found that all of the tires measured smaller than what the tire companies said they would. And when we rode a bunch of the Plus tires, all the ones we liked were the shorter ones.

One thing that’s not talked about much is that tires have their own sag, which is is a real number at our preferred pressures (12 psi for Roxy, 14 for Colin, 16 for the 180 pounders and 18 for the Clydesdales).  When you measure the static BB height, it’s slightly higher with the 2.8 plus tires. When you measure BB height with your weight on the bike, it’s the same as with 2.3″ 27.5 tire.

When we realized this real-world scenario we decided not to convert the Ripley and looked at the Mojo 3 frame instead. It works really well with “regular” 27.5 tires, which means you can choose different tire sizes with the same wheelset and no frame or fork modifications. And it is an absolute bar-dragging game-changer with the 2.8 Plus tires.

Note that the 2.8’s are an inch shorter than the 29er tires.  In order to fit 29er tires the chainstays would have to get significantly longer. The Mojo 3 enjoys 425mm (16.7″) chainstays. We think it’s probably the shortest plus bike chainstay out there. The bottom line is that it’s a better 27.5 plus bike because it’s not also a 29er.

We also think that while it sounds nice, in actuality not many people are going purchase two wheel and fork setups. If you had the wheels and fork lying around, that would be one thing. Since the modern bikes are switching to boost now, most people are not likely to have a spare boost anything lying around. 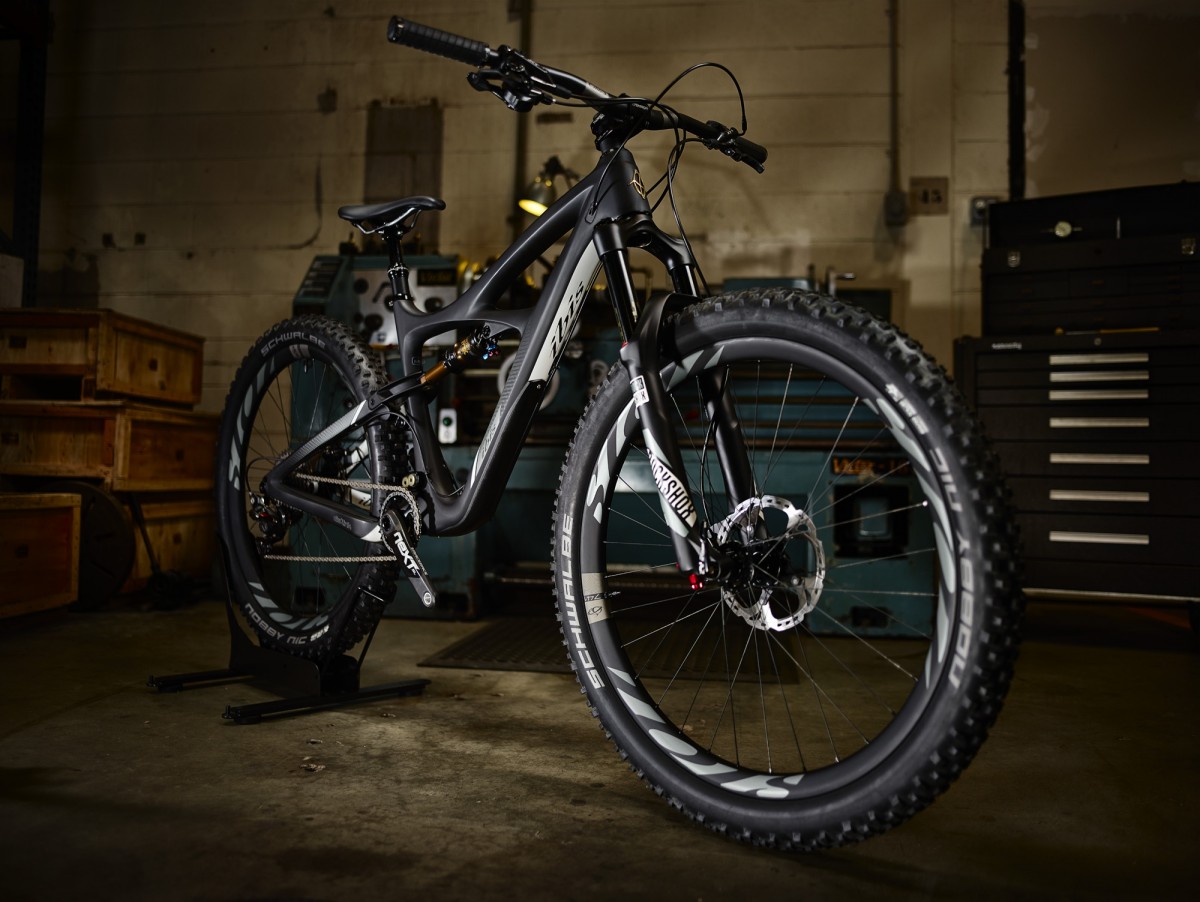 Please excuse the long quotation from Ibis’s website, but I thought that all of the information contained here was critical to relate. Most of what Ibis is saying actually flies directly in the face of what many other brands have been claiming all along. But they make a good argument for their choices with the Mojo 3.

For many riders, I think this compatibility across the entire range of 27.5″ tire widths is going to be extremely appealing. Instead of having to purchase–at the very least–new wheels + tires (and maybe even a new fork) to convert your plus rig to a standard rig (or vice versa), with the Mojo 3, all you need is a relatively-inexpensive pair of tires. Heck, I could easily see Mojo 3 owners keeping two or three–or more–sets of tires on hand, and swapping for the conditions and intended ride style. Ibis claims that 2.3″, 2.5″, and 2.8″ tires will all work well on this bike. I predict that the Mojo 3 will prove to be an extremely-versatile mountain bike.

“But what about the rest of the bike?” Well, I’m glad you asked…

The full-carbon Mojo 3 is the little brother of the Mojo HD3, with 130mm of rear wheel travel and a 140mm fork as the recommended stock spec. The bike is fully Boost compatible, with 148 spacing in the rear and 110 up front. Notably, this bike still is two chainring-compatible with a removable front derailleur mount. The stock shock is a Fox Factory FLOAT DPS shock with EVOL Sleeve and Kashima Coat, and the full frame weight, with shock, is 5.5lbs. 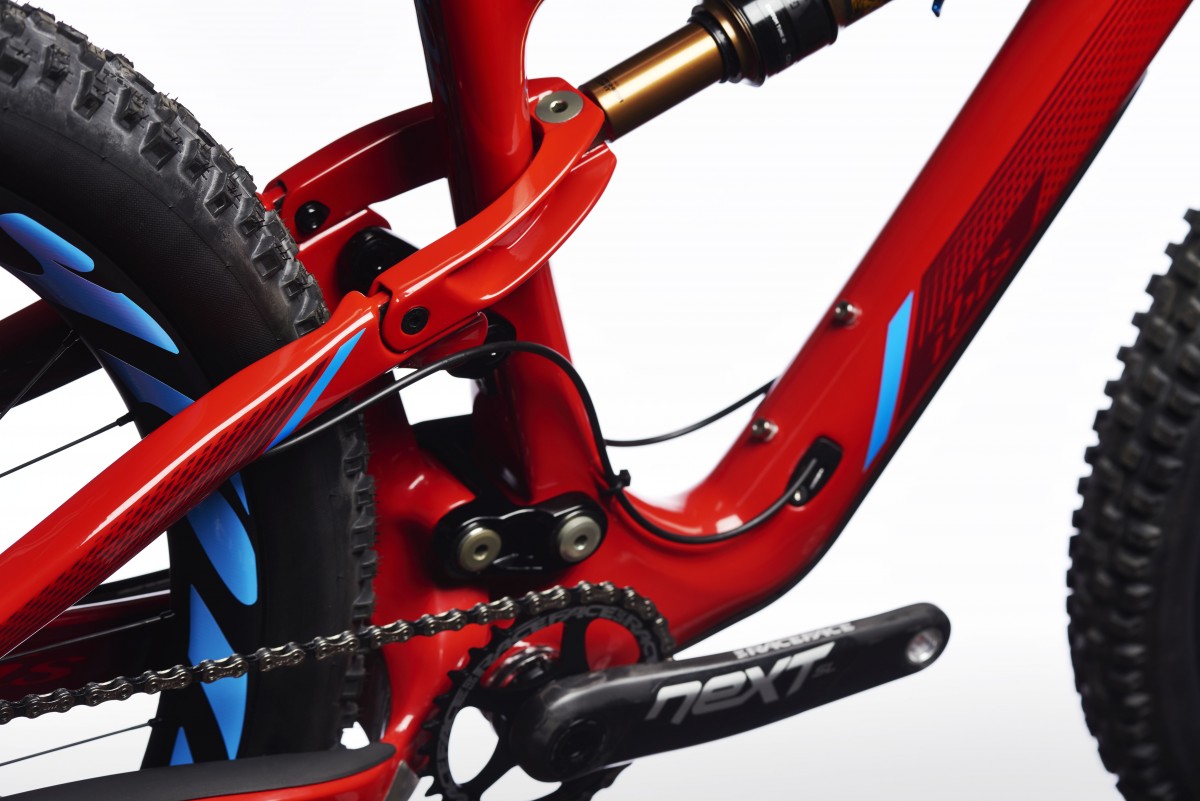 The frame+shock retails for $2,999, and complete builds begin at $3,999 with Ibis’s Special Blend. If you’re familiar with Ibis, you know that you can basically get an Ibis built any way you want it, so the sky truly is the limit with the build kit that you select. Click on over to their website and use their bike builder to check out pricing options. 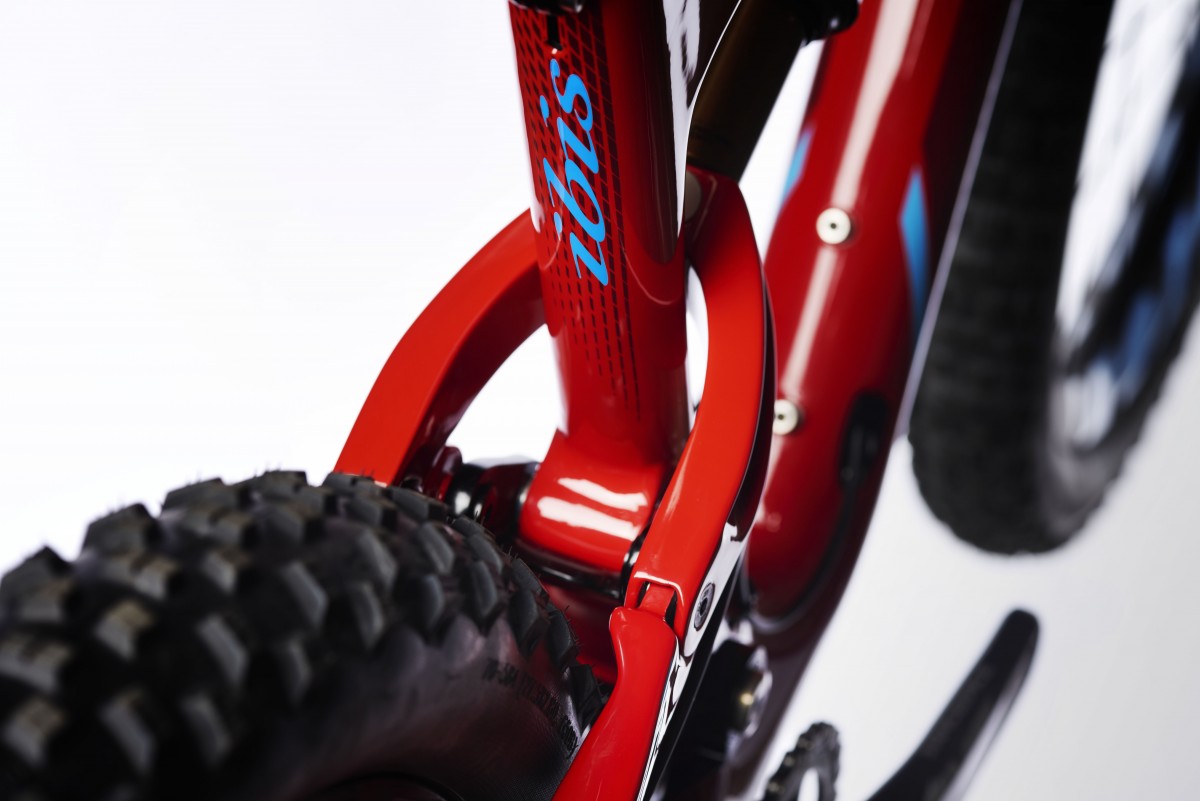 Are you sick of getting on a preorder list and then waiting months for your bike? Well, then you’re in luck: the Mojo 3 is already in stock and shipping now, and it’s actually already on the showroom floors of many Ibis dealers across the nation.

More Photos of the Mojo 3 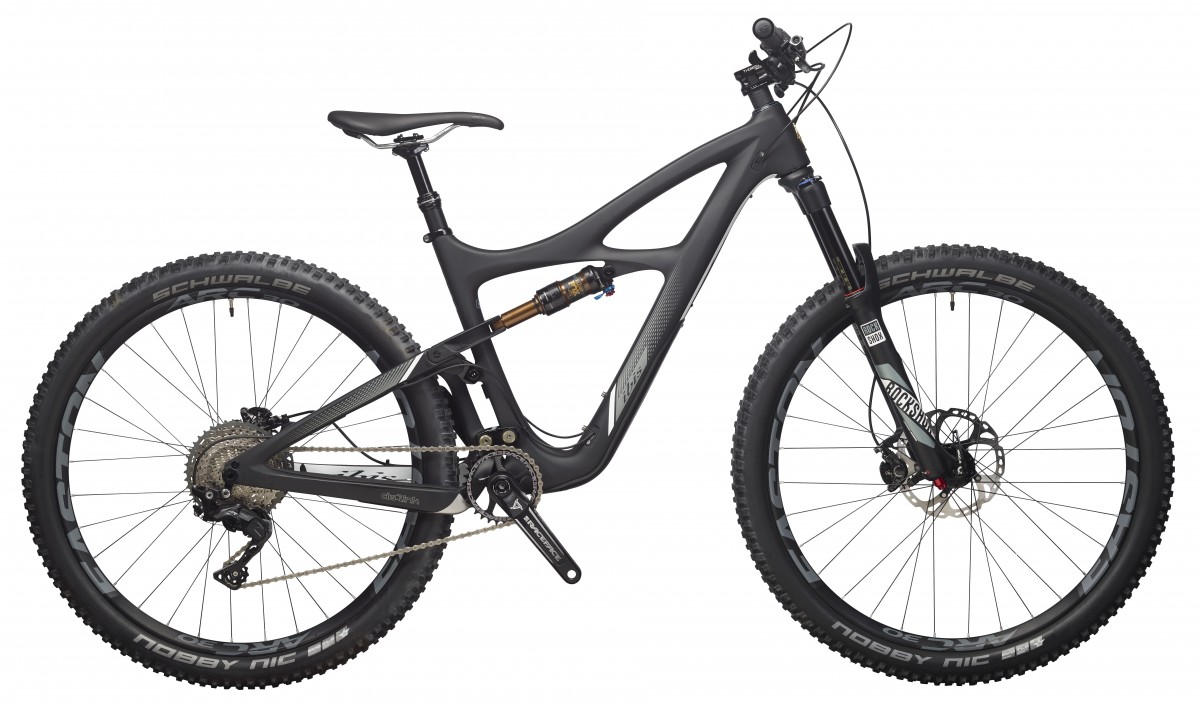 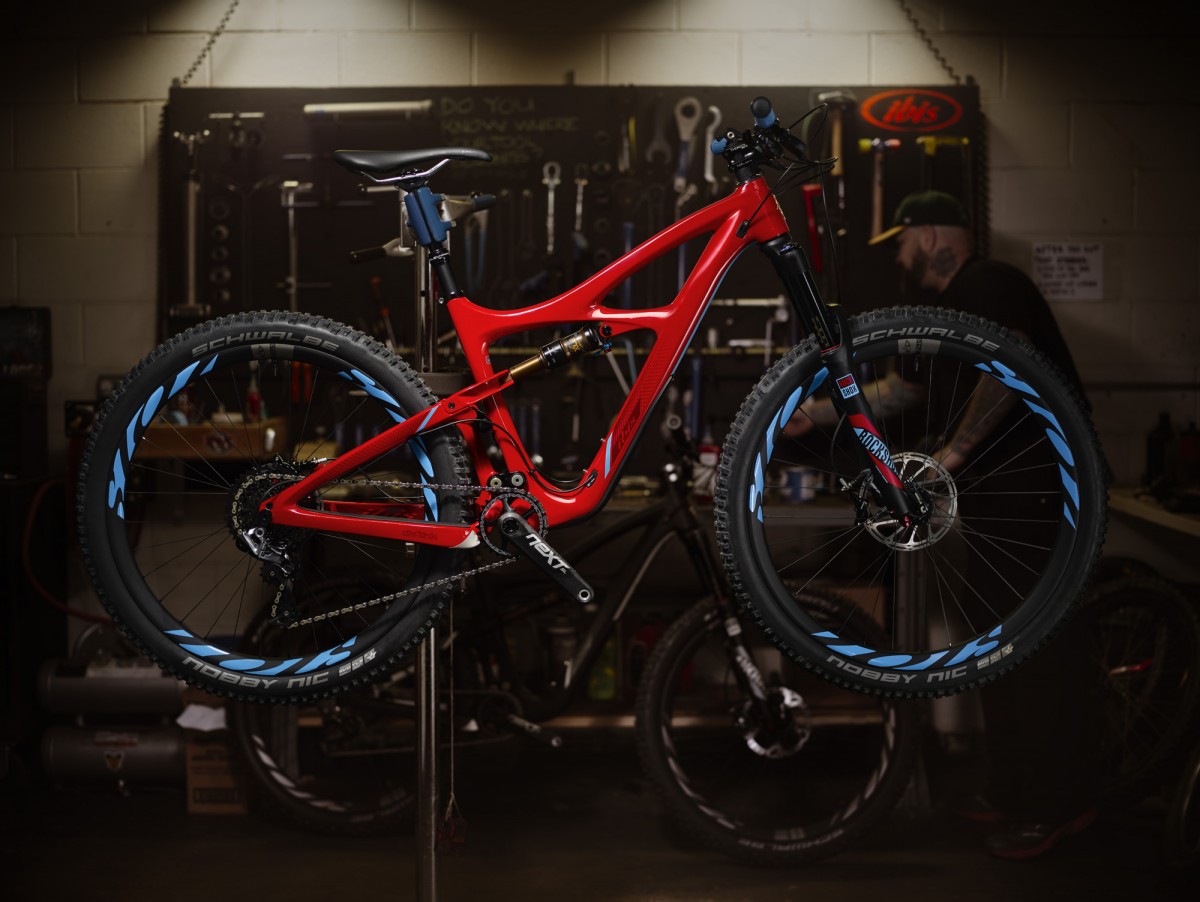 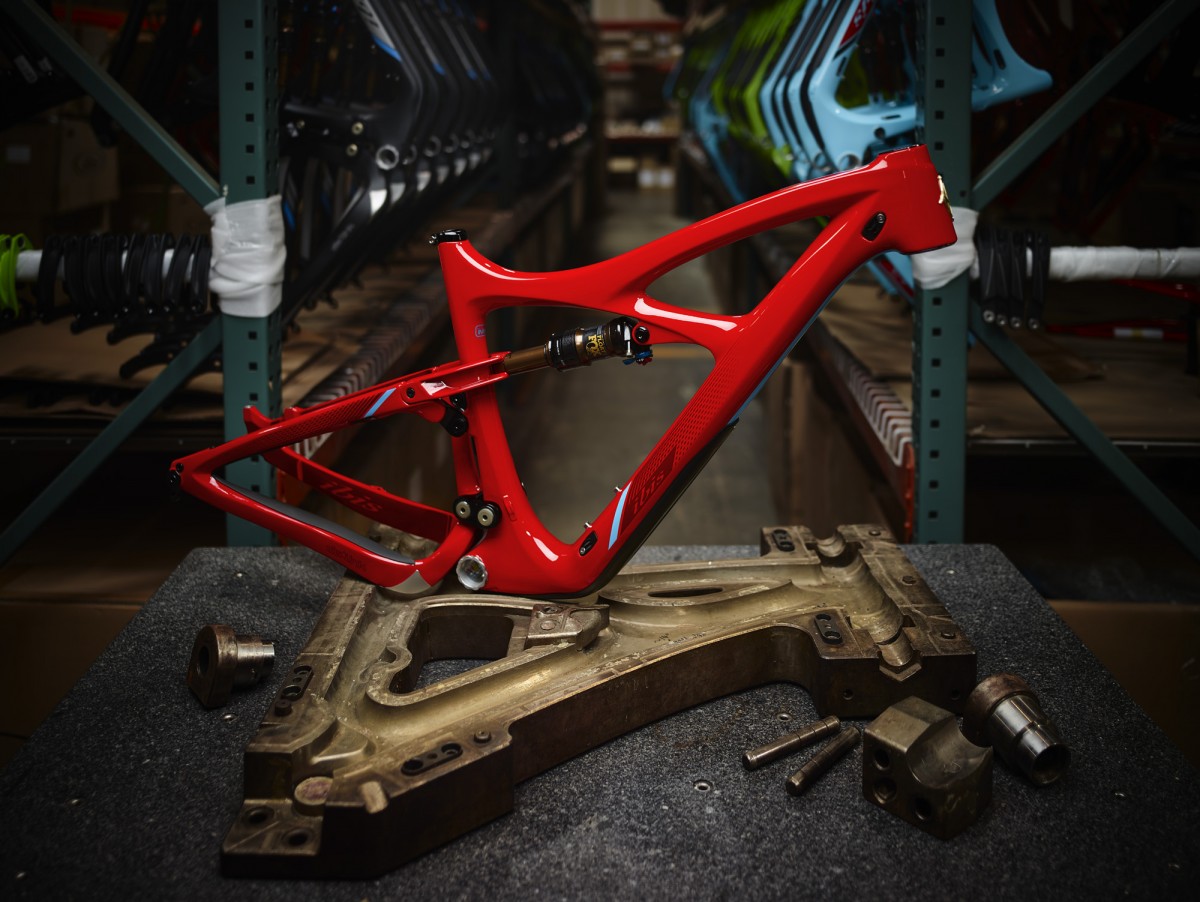 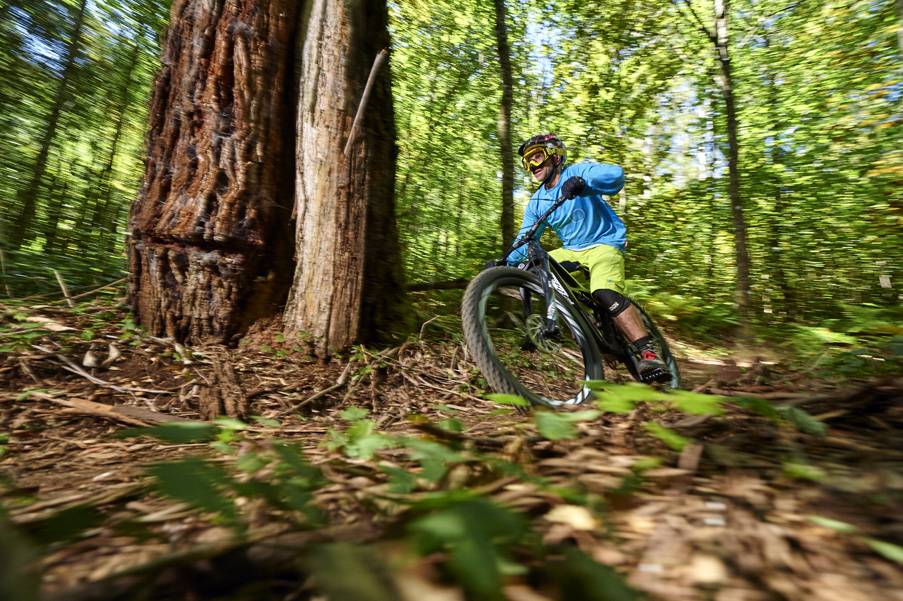 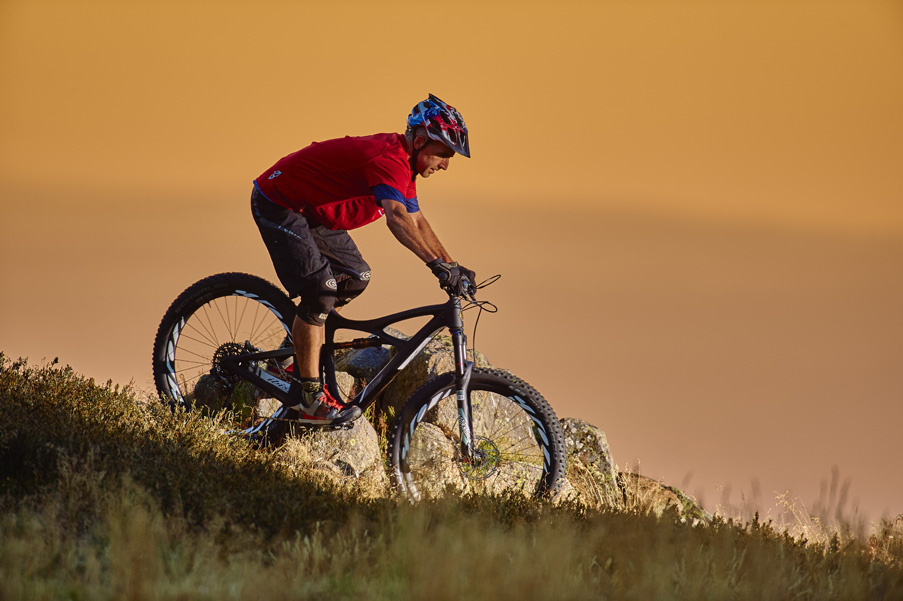 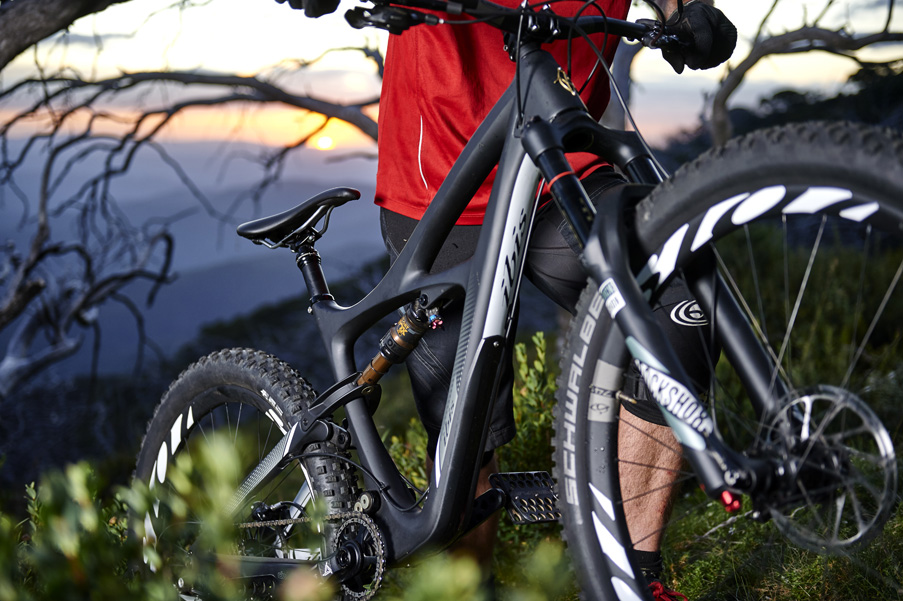 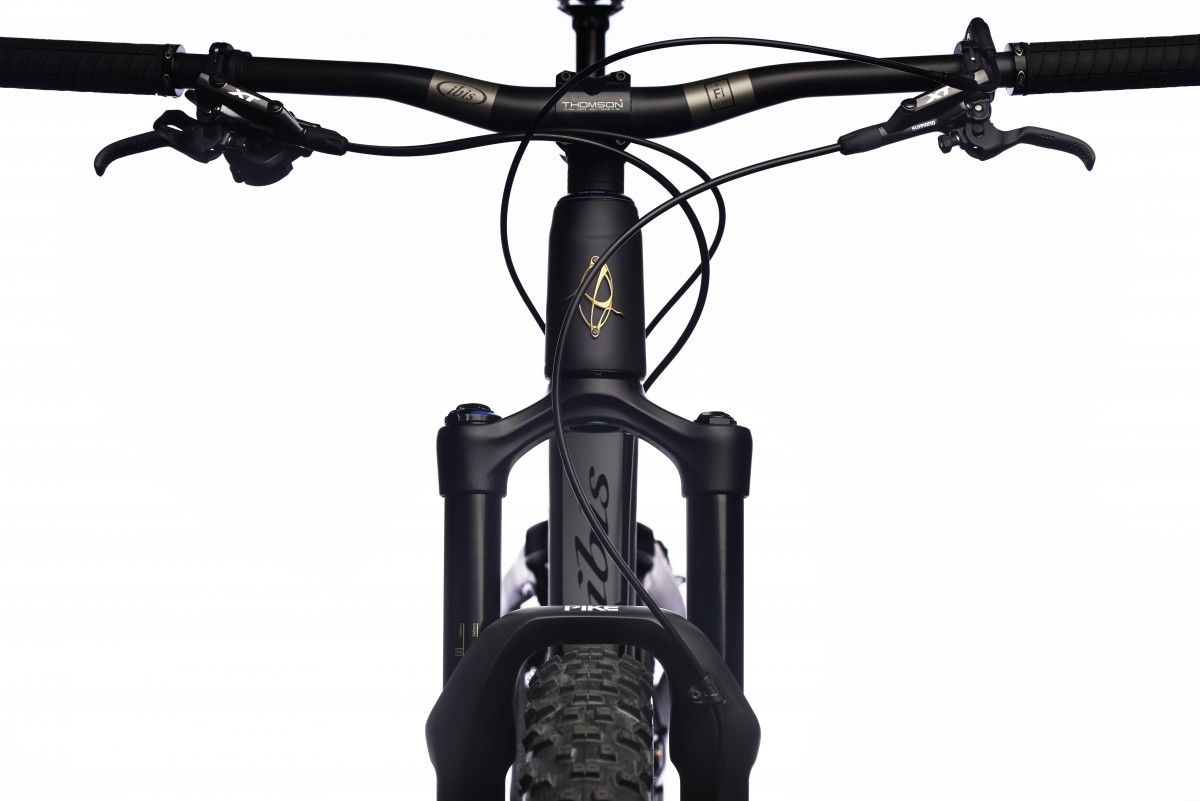 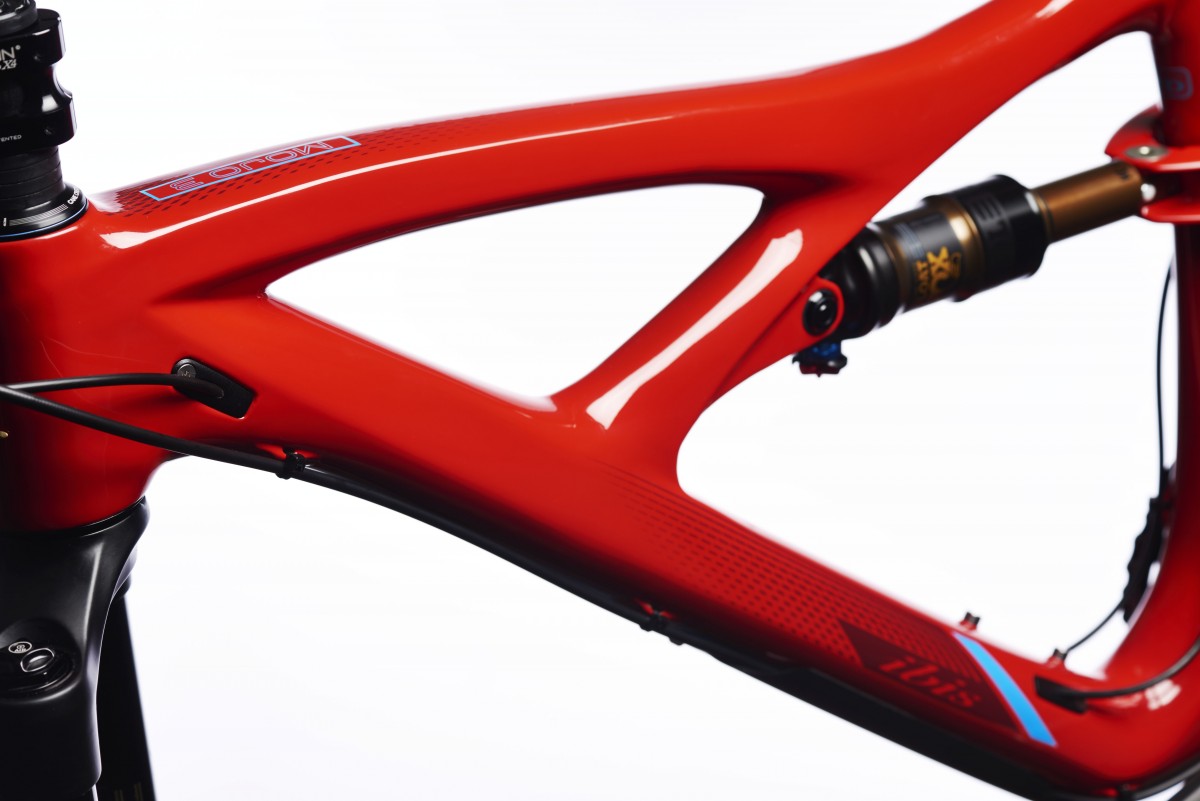 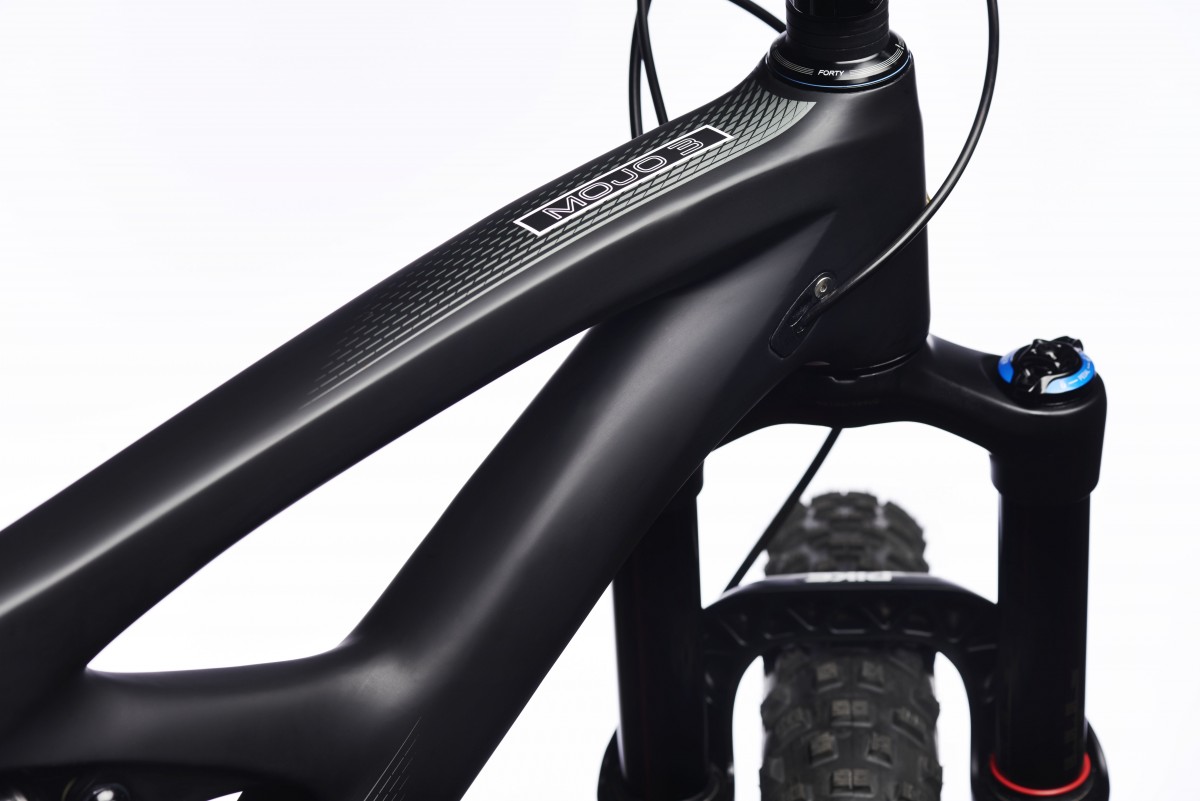 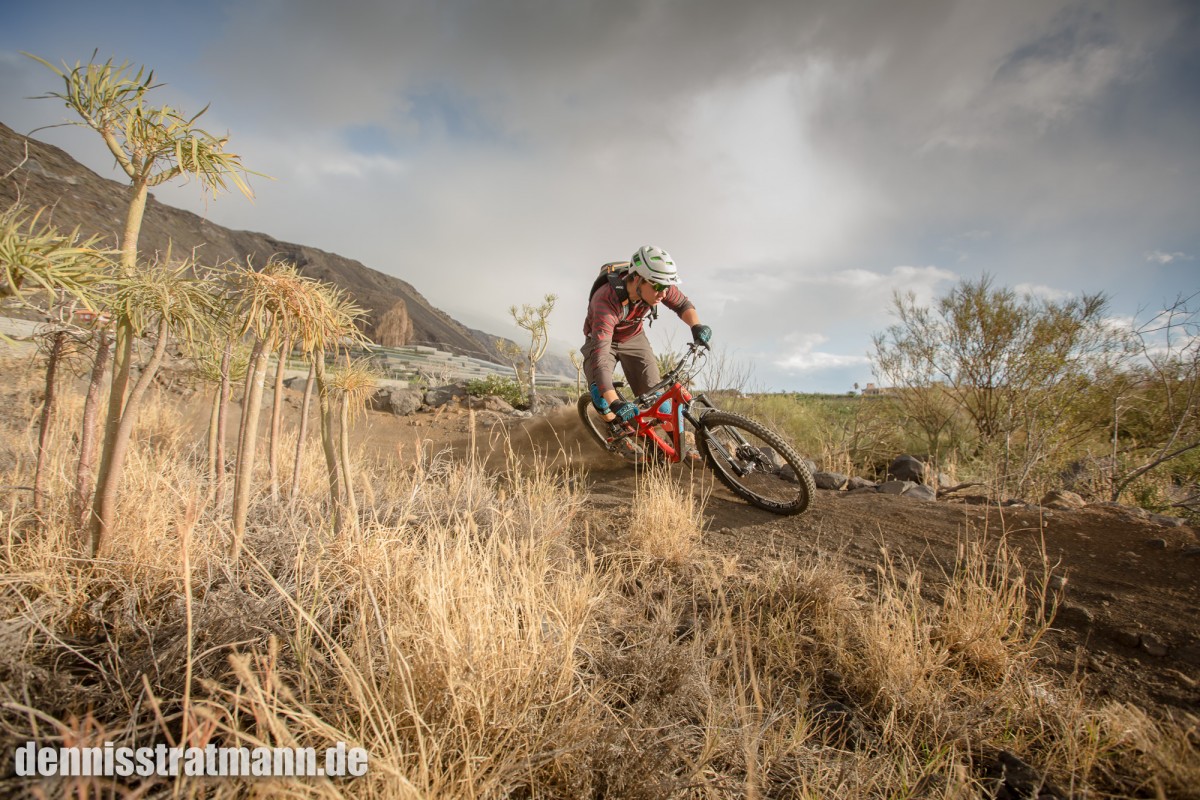 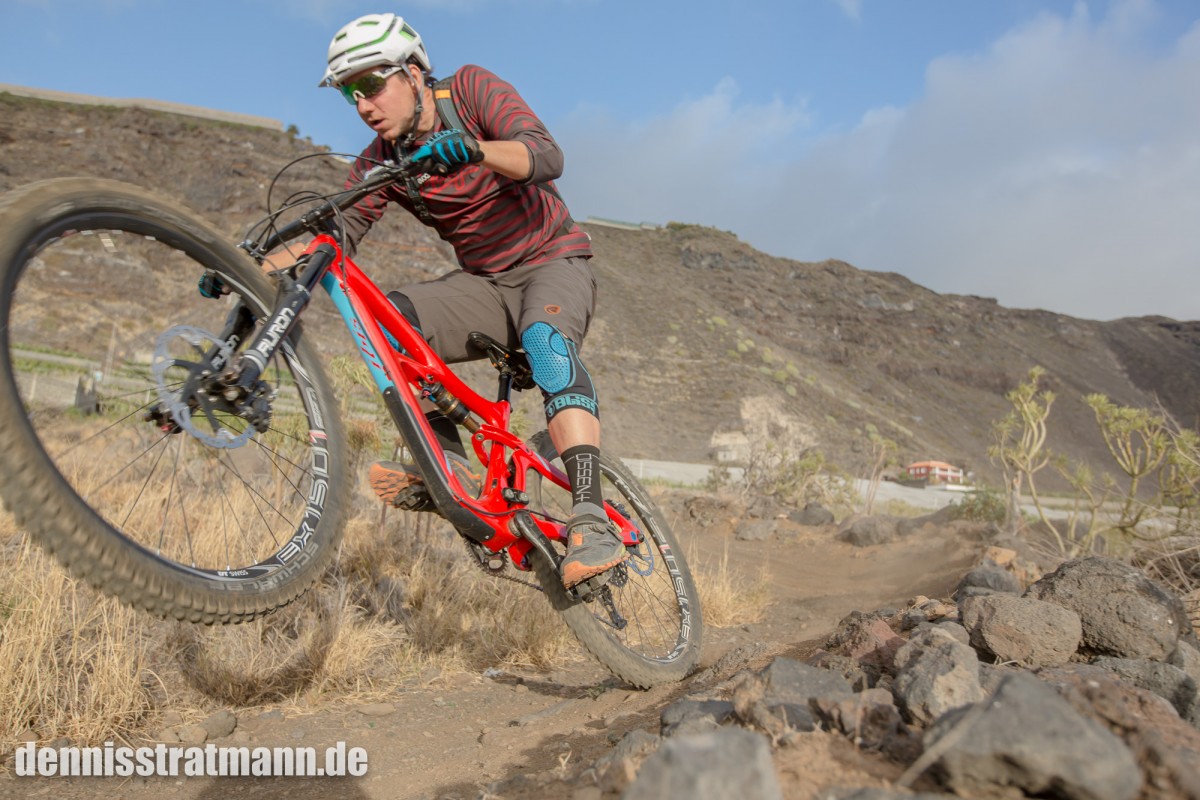 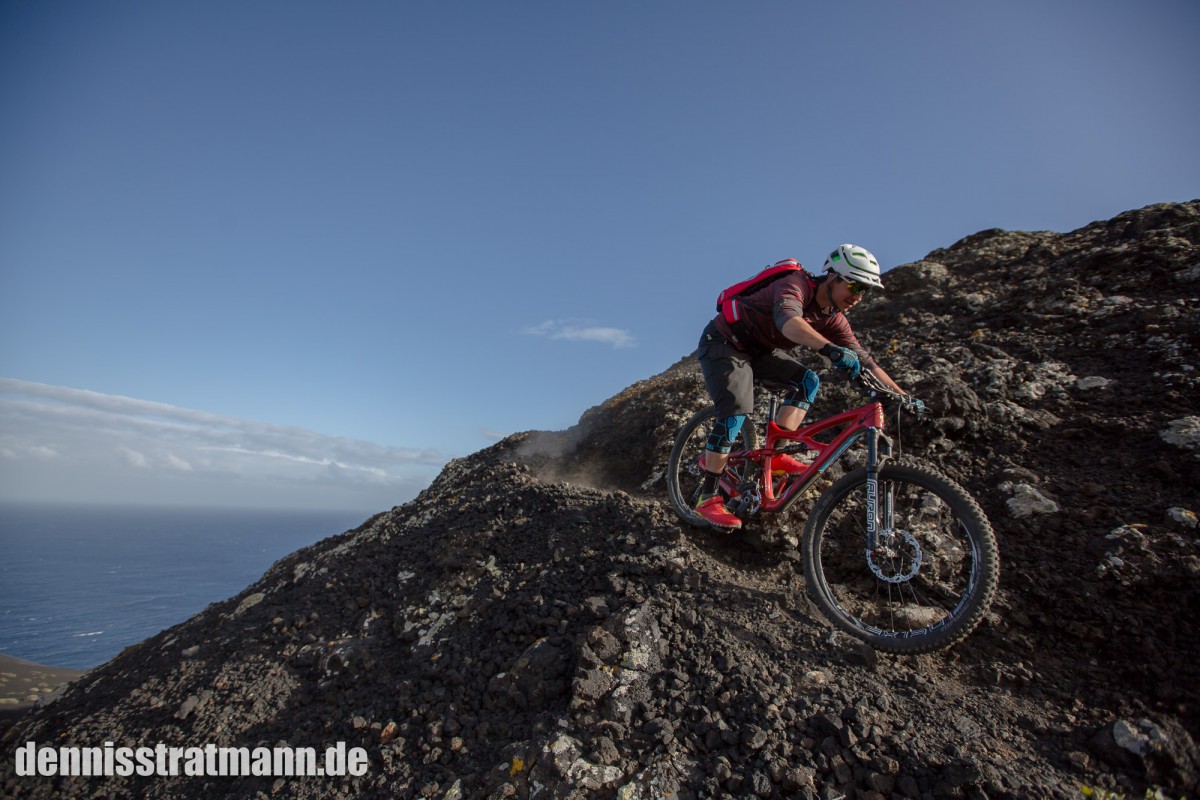 Gear
Never Underestimate the Power of a Good Zip-tie
Progression
Sizing Up or Down Plus Handlebar Widths and Crankarm Lengths:...
Gear
These MTB Deals are Fire, including 40% off Patagonia Dirt...
Gear
The Maxxis Minion DHF Tire is Still the One to...
Subscribe
Login
Please login to comment
8 Comments
Most Voted
Newest Oldest
Inline Feedbacks
View all comments

Ibis hit a home run with the new Mojo 3 and especially the ability to just change tires and enjoy a “different” bike. Mega kudos! Nice to have an MTB manufacturer thinking “everyday rider”!

Hi mongwolf, I haven’t ridden the Mojo 3 yet, but have ridden the other three bikes you reference. I found the Yeti 6c to climb well even on short, steep, techy climbs in Moab. It easily went from down to up and back again with no fuss or complaints. Of course the long, slack front end is a bit more wandery than a shorter-travel bike, but I thought it was quite in control compared to other bikes in category.

The Mojo HD3, on other hand, I honestly didn’t get to test on any extended climbs, any more than short risers. However, with my experience on the HD, the HD2, the Ripley, and the Mojo 2, I have no doubt that the HD3 climbs superbly.

It should go without saying, but both the Yeti SB6c and the Ibis Mojo HD3 absolutely kill it on the descents! These are long-legged enduro rigs that, at least for me, can handle much more gnar than my skills can.

So, you can probably tell that I enjoyed both the SB6c AND the HD3. So which would I go with? If price was equal, I’d go with the HD3 due to the ability to run Ibis’s wide rims on that rig. While you probably can’t go full plus-size in the HD3, running a 2.5″ DH tire on their 741 rim is almost the same as a plus-size ride.

Based on my experience on the rest of Ibis’s bikes, I posit that the Mojo 3 is going to pedal fast on the flats, have an amazing pedaling platform and climb superbly, and descend like a bike with more suspension than it actually has. However, at this point, that’s just supposition… I need to get out and ride one myself 🙂

Hey thanks for the extensive reply Greg. I hope to ride a Yeti 6c someday, but until then I’m guessing it doesn’t out climb the HD3 on short steep technical climbs. I look forward to a review from you sometime in the future when do get some time on the Mojo 3 and HD3. I own a 2012 HD and love it. It climbs steep technical ups amazingly, but I did find that the bike was a bit unstable at first on downhills. I think it is in part because of the relatively short head tube length. At first I seemed to have too much downward pressure on the handlebars, and thus, it was a little unstable on long fast downhills. Maybe I should have gotten an XL for me, but I am 5’11” with relatively short arms and short torso. Since purchasing the bike used, I have added some riser bars and a pretty high angled stem, and now the bike rips DH and still climbs like all Ibis bikes do, which to me means very minimal wandering on steep technical ups.

She is a pretty bike. Wonder how she would stack up against the Norco torrent 7.1 hardtail. That bike is sick as well.

We’ve got the Norco Torrent in for review now so that should be coming out pretty soon. Stay tuned! Hint: The Torrent is a very, very fun bike. As far as a comparison, even though they’re both plus 27.5, you’ll have to refer to the differences between HT and FS. So different, in my opinion, that it’s really an apples to oranges kind of thing. And the Mojo is 130mm out back so that’s well into the mid-travel range. Also, carbon versus alloy will feel quite a bit different in terms of the feel and weight. In terms of geo, the Mojo’s HT is like 0.3 degrees slacker than the Torrent, but the Torrent has a lower BB. I find the language from Ibis somewhat humorous “We think it’s probably the shortest plus bike chainstay out there…” Think again, although Norco varies the length of the chain stay with each size, the medium (and therefore the small) Torrent has shorter stays than the Mojo 3 and the Large Torrent is just as short as any Mojo 3.