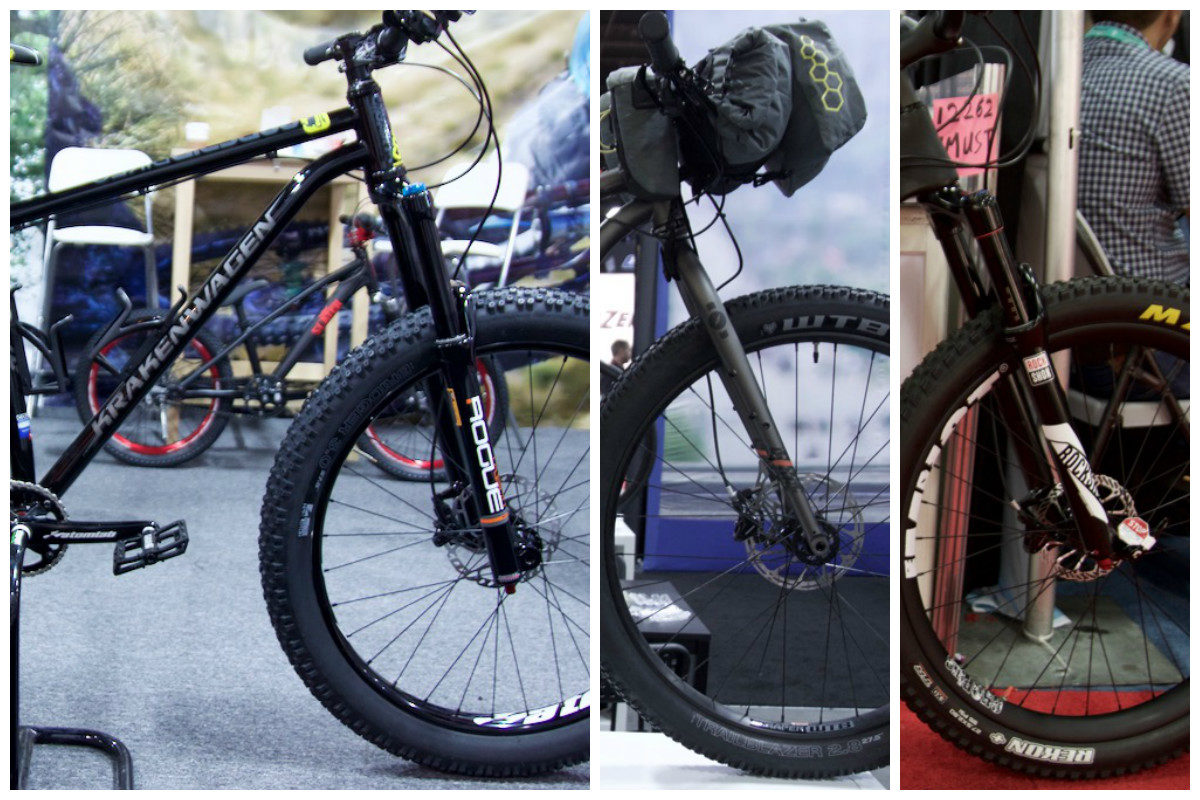 Plus bikes have been all the rage at Sea Otter and Interbike over the past two cycles, and at this point, pretty much every bike brand has at least one 27.5 plus bike in their lineup. Still, we managed to spot several new plus rigs on display at Interbike this year. 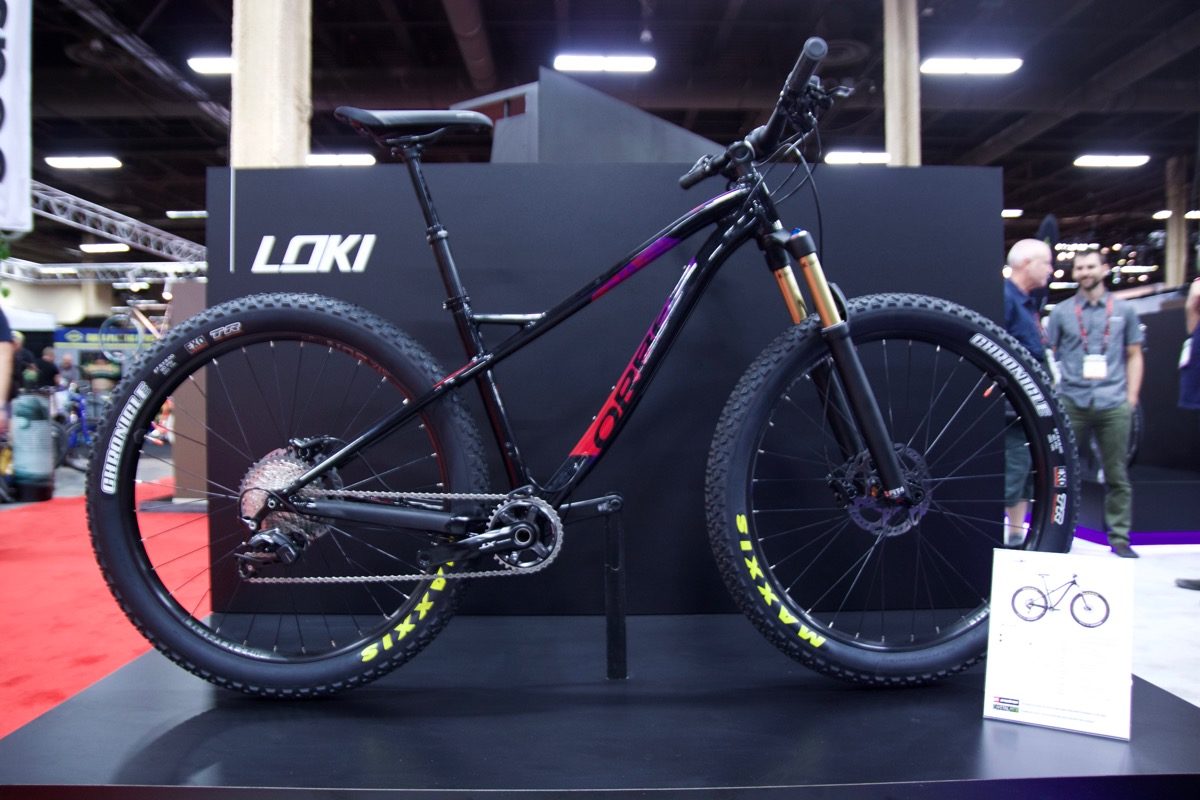 The Orbea Loki is a trail-oriented, hardtail plus bike with a Boost rear end and a Fox 34 fork up front. The Loki also features Orbea’s Digit seatpost which isn’t a dropper post but a “quick adjust post.” Riders will need to stop to adjust the seatpost height but the system should be quicker and easier to operate than a traditional QR seatpost clamp. 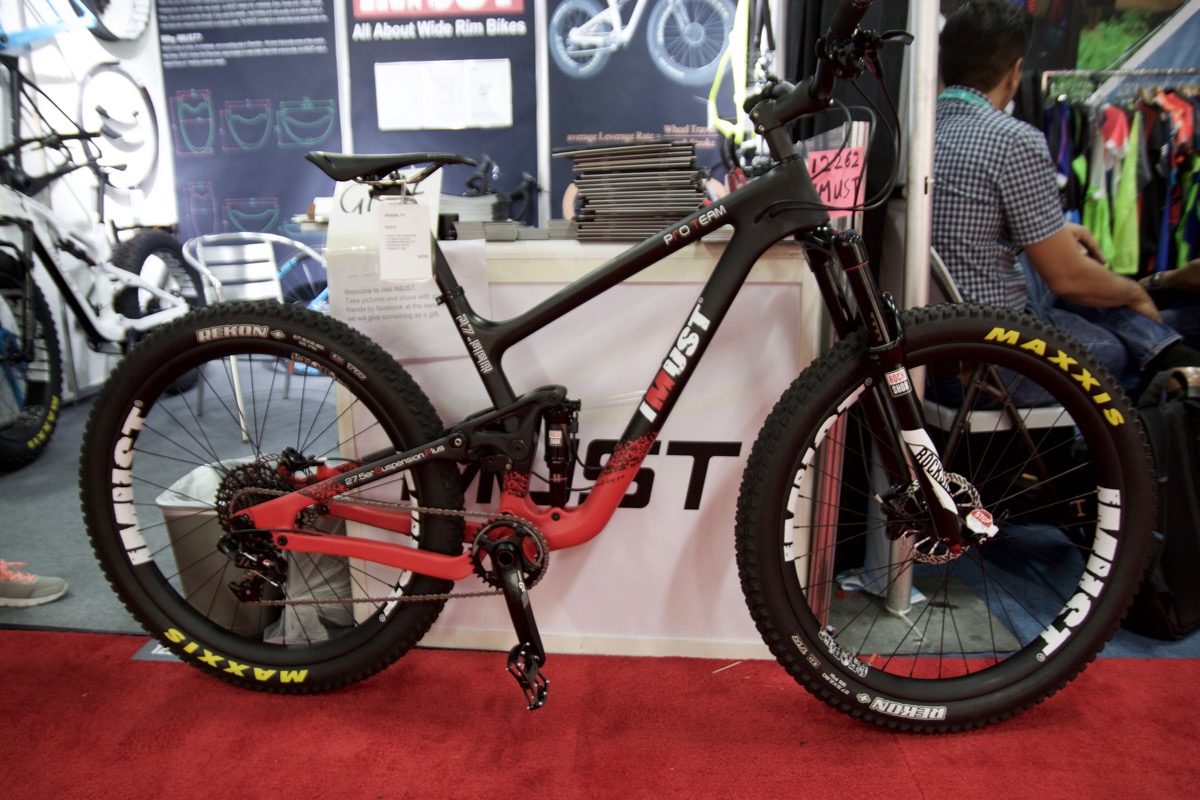 I wasn’t able to dig up much information on this carbon full suspension plus bike from IMUST but I can tell you that it’s priced fairly reasonably at $2,999. The Xtreme 7+ features Maxxis Rekon+ tires, RockShox suspension, and a SRAM GX 1×11 drivetrain. 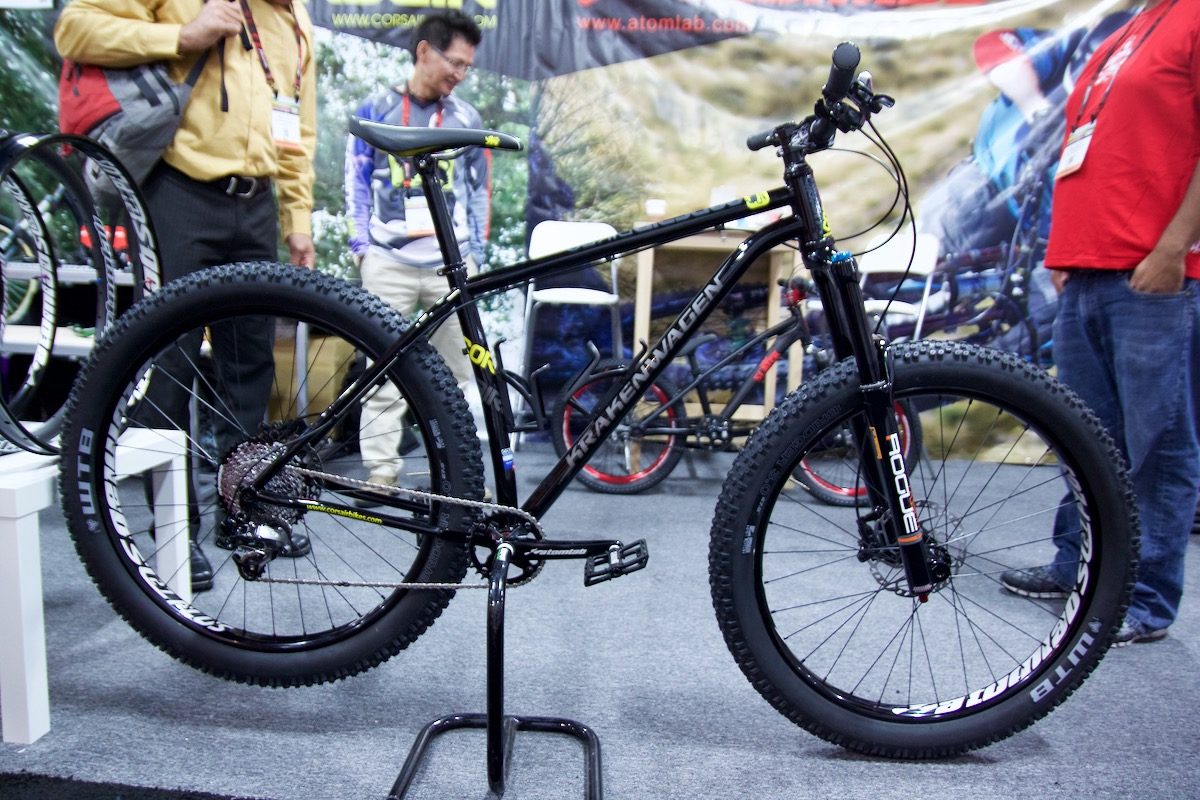 The Karkenwagen from Corsair is a trail/adventure hardtail with 140mm of travel and a steel frame for maximum grins on the trail. I’m told Krakenwagen roughly translates to the word ambulance in German; hopefully that’s not where riders end up! 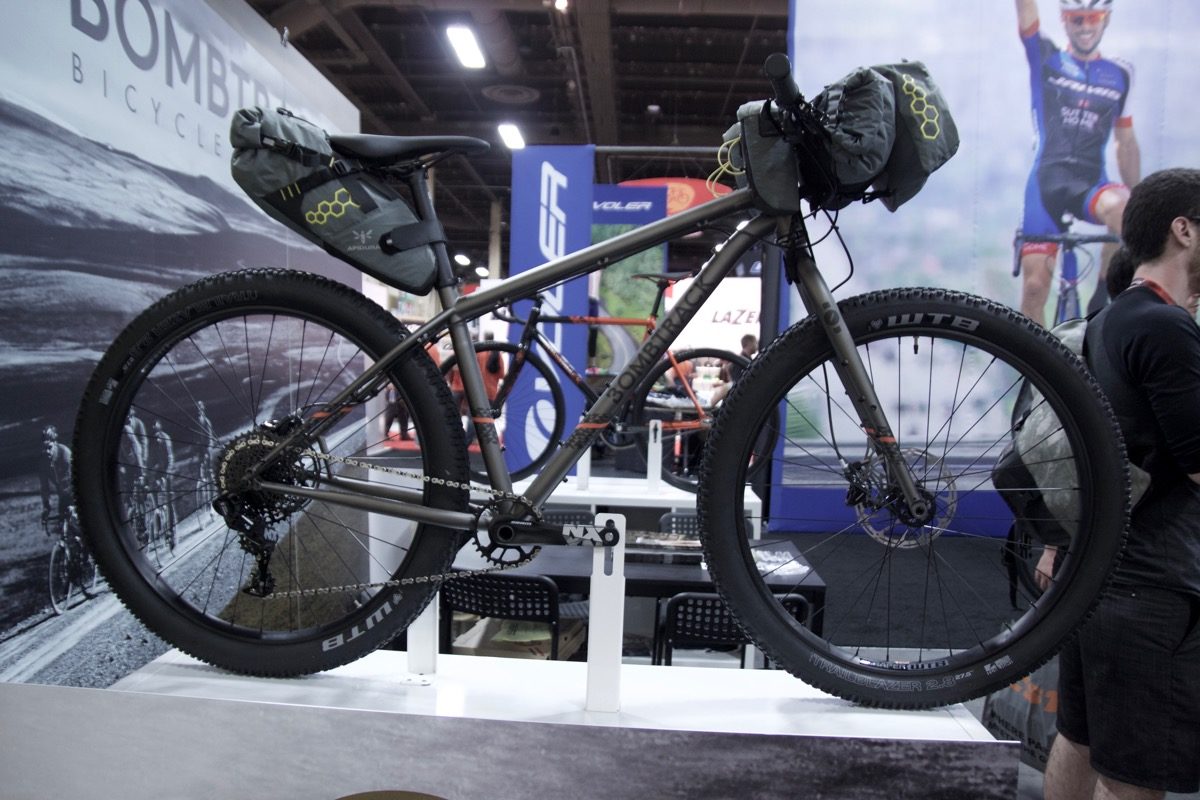 As you might’ve guessed based on the photo, the Bombtrack Beyond + is a hardtail 27.5 bike designed for bikepacking. This rigid, steel bike is priced reasonably too, at around $1,800 USD.

REI is including a 27.5 plus bike in their new Co-op line of bikes called the DRT 2.1. This bike features an aluminum frame and mid-level components, making it a solid choice for recreational riders.

The Moots Farwell is a hardtail titanium bike that can roll on either 27.5+ wheels or standard 29er wheels. With a 120mm fork and internal dropper post routing, this is a bike for those looking to move beyond XC and into trail riding territory. MSRP: $7,900 USD.

The Norco Torrent 7 FS+ is a full suspension version of the popular Torrent hardtail. With 140mm of suspension up front and 130mm of suspension in the rear, this is a solid all-mountain bike that’s surprisingly affordable, starting at $2,499. Be sure to read Greg’s more detailed description of this bike and the other new Norco plus bikes mentioned below.

The Fluid 7 FS+ is another new full suspension 27.5 plus bike from Norco, with 130mm of travel in the front and 120mm in the rear. This aluminum trail bike retails for under $1,800 USD.

Finally, the Norco Fluid 7/6 HT+ is a hardtail plus bike that can run either 27.5+ wheels or 26+ wheels, depending on rider preference. With a 120mm suspension fork, this bike looks like an aggressive hardtail that should be fun to ride.