My mission at Interbike this year was to demo and photograph as many 27.5+ bikes as possible. It turned out that there were so many new plus-sized that I couldn’t possibly ride all of them, but the 6fattie from Specialized was at the top of my to-do list! 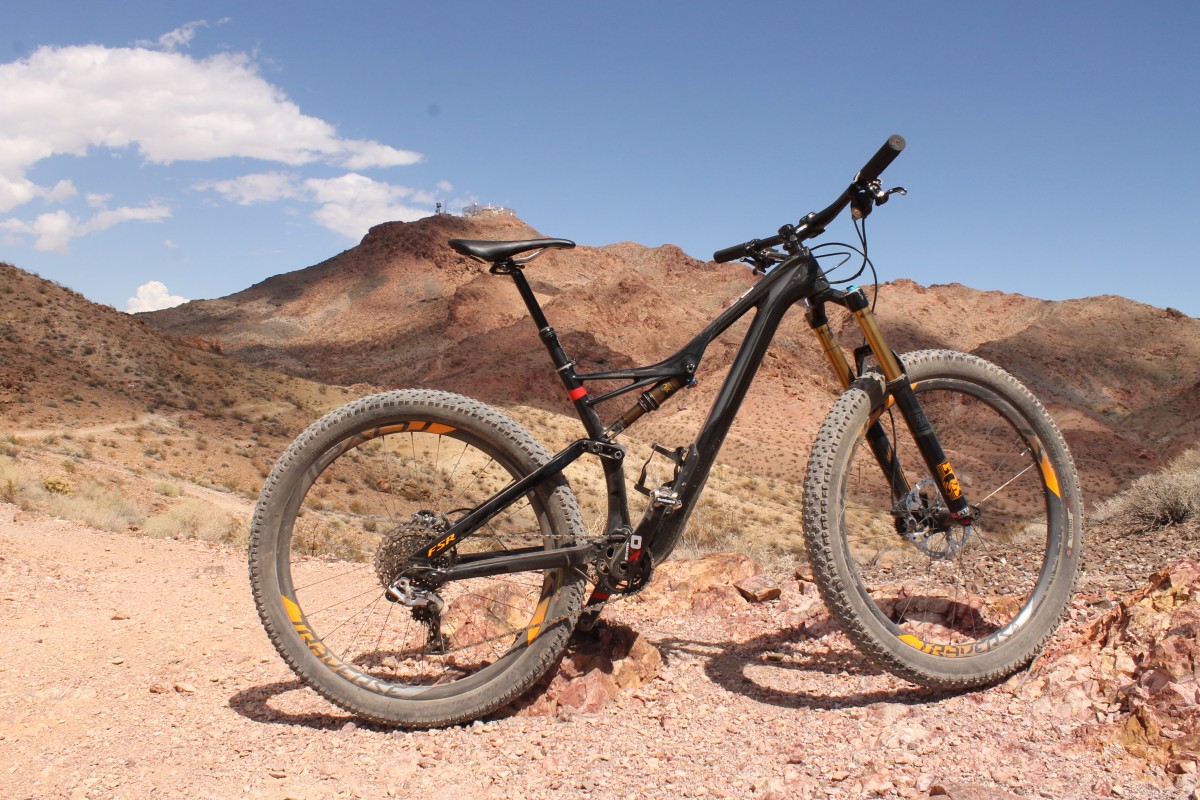 I tested the top-tier S-Works StumpJumper 6fattie, which comes blinged out with the best of the best components. My demo rig was wearing a SRAM XX1 Drivetrain, XTR brakes, Fox 34 fork, the latest Fox Float shock, Roval Traverse Fate SL wheels, Ground Control 3.0″ tires, and a Command dropper post with southpaw control. However, according to the website the S-Works model comes stock with Purgatory Control tires.

The 6fattie offers up 150mm of travel and features a 67-degree head tube angle and 437mm-long chainstays.

And of course, the S-Works sports a full-carbon frame. 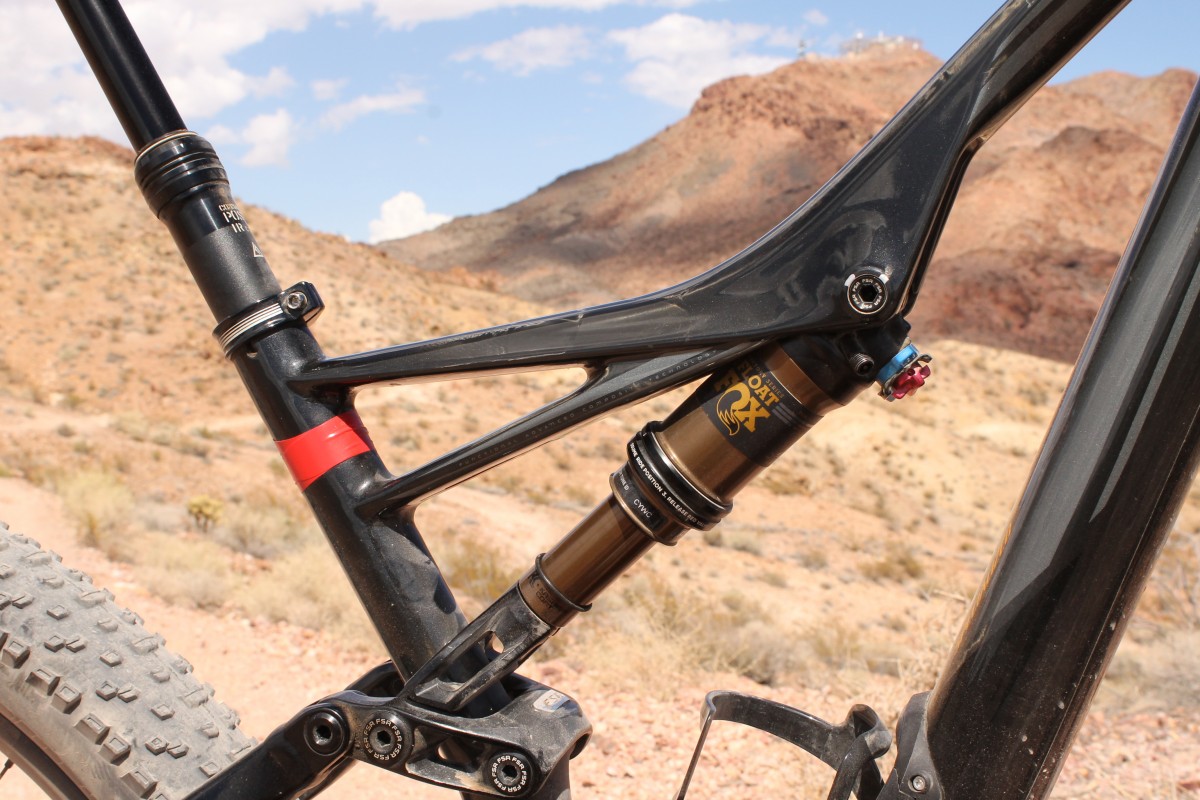 New for this year in select Specialized bikes is the SWAT box, embedded in the downtube. This box, hidden right below the bottle cage, allows you to pack emergency gear, tools, snacks, or anything else you want to keep hidden, into the downtube of your bike. When I first saw photos of the SWAT box, I thought that it simply consisted of the area directly exposed by the trap door. However, it turns out that the entire downtube is accessible, meaning that you can push gear up the tube, all the way to the headtube junction! 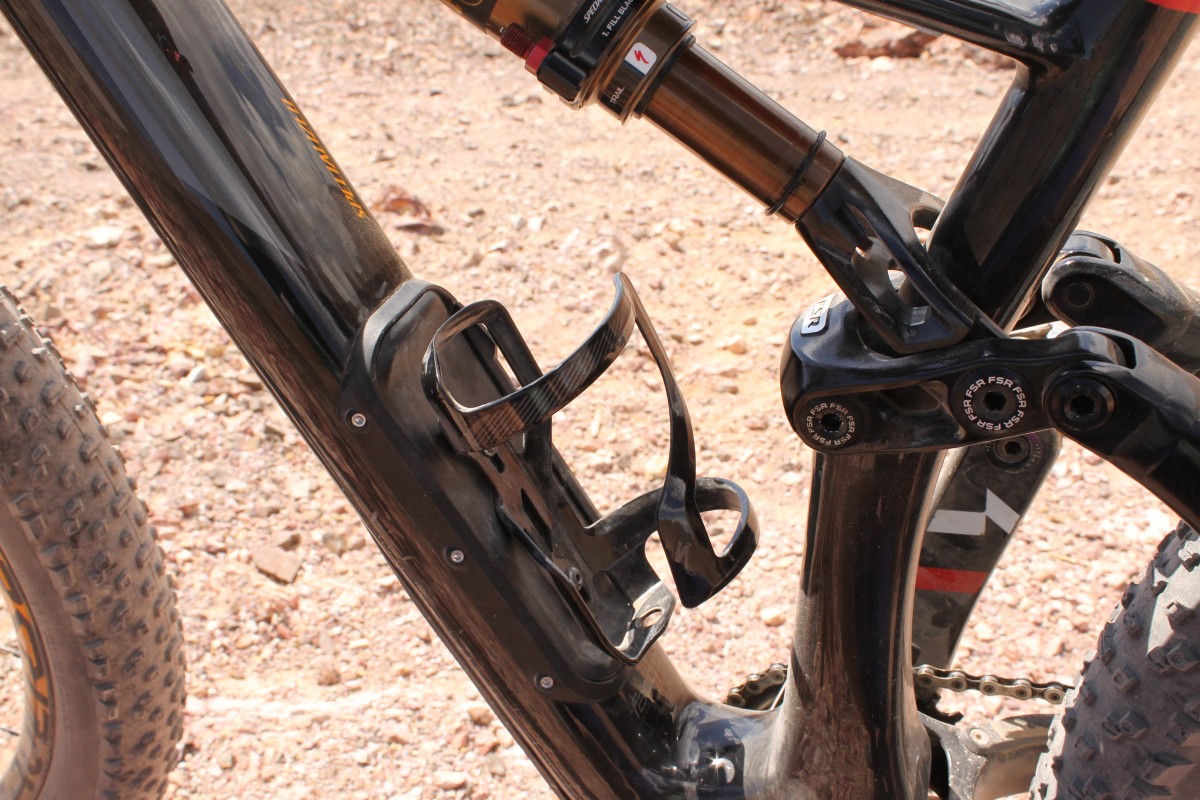 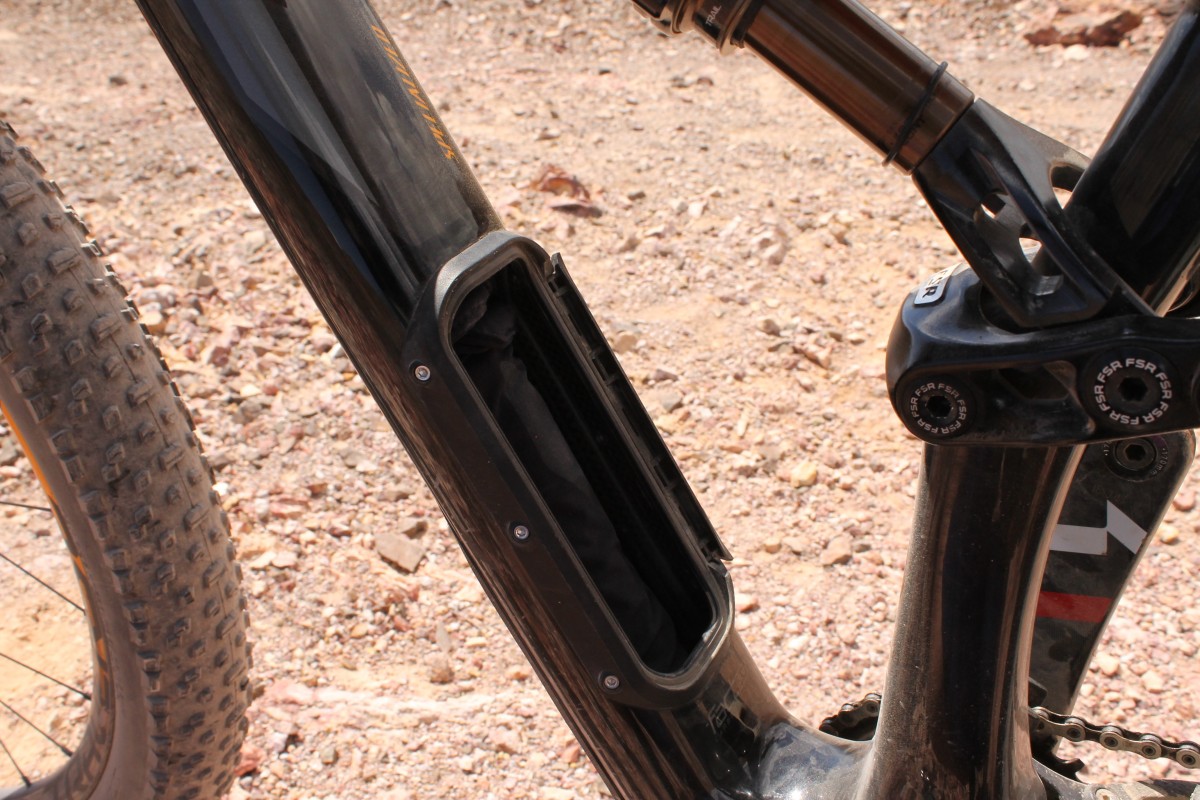 This is actually a substantial amount of gear-carrying room, and it’s in the perfect spot, too: instead of having your repair gear high on the bike, such as in a saddle bag, this puts your pump, tube, tools, etc. as close to the bottom bracket as possible, effectively lowering your center of gravity. Also, as compared to a saddle bag, there’s no issue when running a dropper post. And you know that your gear is always ready to go–less headache=more better. The SWAT door adds about 200g of frame weight, but if you ask me, that’s weight well-spent!

The StumpJumper 6fattie exhibited all of the plus-sized tire characteristics that I’ve come to know and love: traction, confidence, and fun! This is one of the most blinged-out 27.5+ rigs that I’ve ridden yet, and that light weight and excellent component spec translated to fast climbing and efficient pedaling. In fact, the 6fattie was so confident and so capable that I cleaned a tricky, exposed rock-over on one of the more advanced trails at Bootleg Canyon, without ever having ridden that trail before or even stopping to scope the obstacle. Of course, I had to go back and get an action shot on the feature:

When the trail turned down, the 150mm of suspension and capable plus-sized setup made descending an absolute breeze! Rock gardens, ledges, loose desert soil, berms, wall rides–I tackled everything in style aboard the 6fattie!

In brief, calf-bang is a phenomenon found on some fat and plus-size bikes in which the rider’s calf has the tendency to hit the seatstays of the bike. Click here for a detailed article on the issue.

The calf-bang factor on the 6fattie was very interesting. When seated, and with the ankle bones properly stacked in the most efficient pedaling position, I experienced no calf-bang whatsoever. But with 150mm of travel and a dropper post, this rendition of the StumpJumper is definitely ready for some downhill shredding! However, when I’d drop my heels and settle into the pedals to descend, my calves would start banging into the seatstays constantly. I felt like I could have descended much, much better on the 6fattie if I hadn’t had to deal with this unfortunate issue. I wasn’t able to lean the bike into turns like I wanted, and even straight-line descending was uncomfortable. 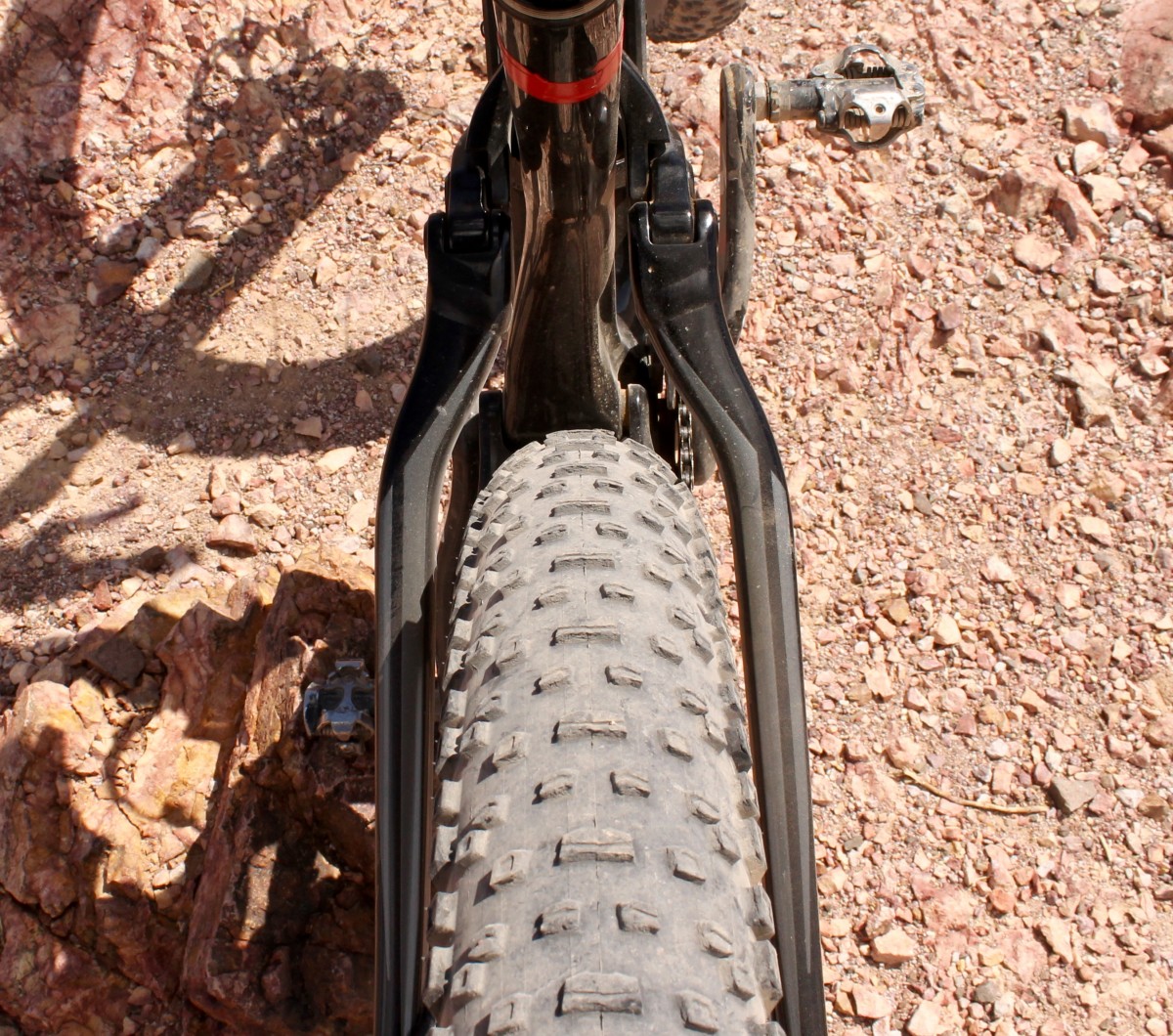 The Specialized S-Works StumpJumper FSR 6fattie is a smartly-spec’ed bike with an innovative feature that I absolutely love: the genius SWAT Box. However, with a calf-bang factor this high, I had a hard time liking this bike. I wanted to love it, but I just don’t.

That said, if you’re taller and lankier than I, you may have no issues with the 6fattie. The moral of the story? If you’re looking to buy a fat or plus-size bike, make sure that you try before you buy.

I own a Specialized S-Works Stumpjumper FSR 6fattie and I experience NO calf- banging at all, I am 6’2″ 225lbs and I am riding a large frame. I am Rolling Thunder daily- Just sayin’