Along with their new DH fork, Marzocchi also recently released a new long travel rear shock also aimed for the racer in you. The new Moto C2R w/ Progression booster represents the best shock Marzocchi has produced to date.

This all-new shock design, like the 380 C2R2 fork, is all about weight reduction. Every bit on this shock has had a once over with an CNC machine in an effort to reduce weight. A quick look to at the shock body, piggy back bridge, and the reservoir, and you can see there is just the minimum amount of material. Total weight of my sample (241x76mm) was 409 grams for the shock, and only 430 grams for the Ti coil (450×3), for a total weight of 839 grams. 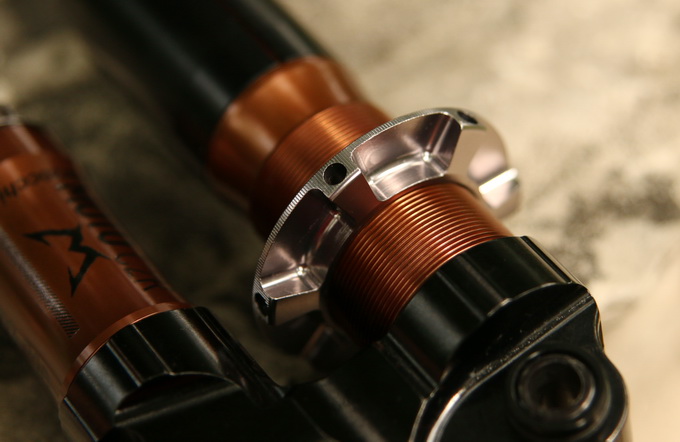 Further machining to the upper and lower spring hats also shows the commitment to weight reduction, without sacrificing strength. An upside to the new design: the rebound knob no longer needs to be removed when installing or removing the spring. 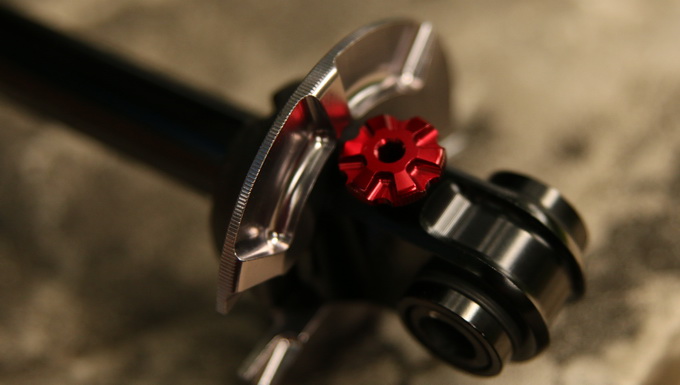 The main shaft is a hard anodized 14mm alloy shaft with an integrated bottom eyelet for simplicity and durability. An interesting chevron wiper seal guarantees no contamination to the piston seal. 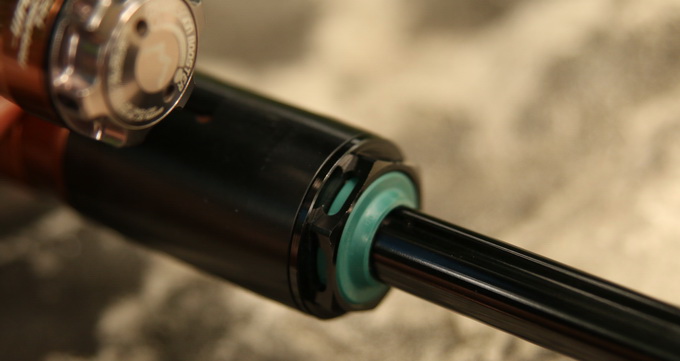 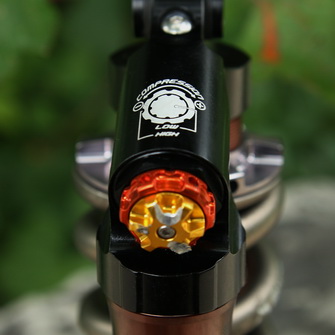 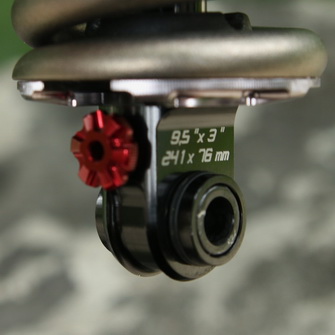 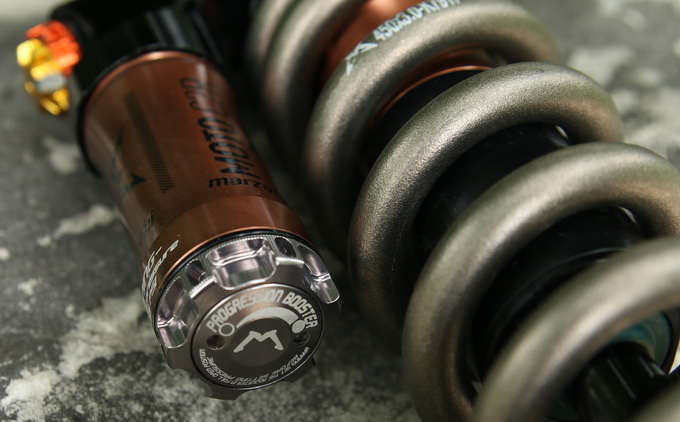 The MOTO C2R behaves much like the 380 C2R2 front fork, in that the dampening rates are very fast. I needed to have both the high and low speed compression dials near max. I set LSC 26/28 clicks in and HSC 3/4 turns in. Rebound was set at 36/50 clicks. I did find it a bit tough to replicate these settings. The clickers were very light, so attention was needed to feel them–that, or count the number of revolutions of the dials inwards. The Progression booster is another story altogether: it was easy to turn and clicks in nicely. A settings window makes it idiot proof. I ended up setting that at its third setting. 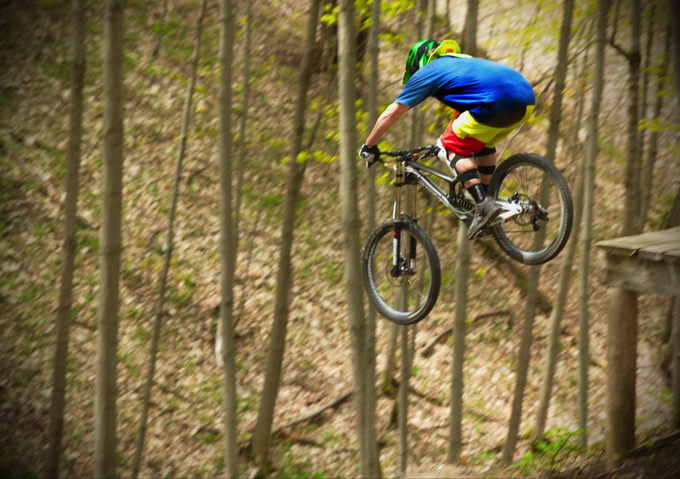 As far as performance on the slopes, I would say that once things are tuned, the MOTO performs very respectably. If it is not set up right, you will know right away. But again, once the controls are set on the MOTO, the rear wheel is great.

In the berms the MOTO did a good job controlling the rear of the bike. On the faster square-edged roots and rocks, I was impressed and forgot that there was only an overall rebound control.

Personally, I would feel more comfortable with the damper settings closer to the middle of the range on the compression side of things, along with a stiffer shim stack . This is a potential area of improvement for future models, as I found it a bit rough when the compression dials were near the ends of the adjustments. But again, that’s just me and may not be an issue for a lighter rider. 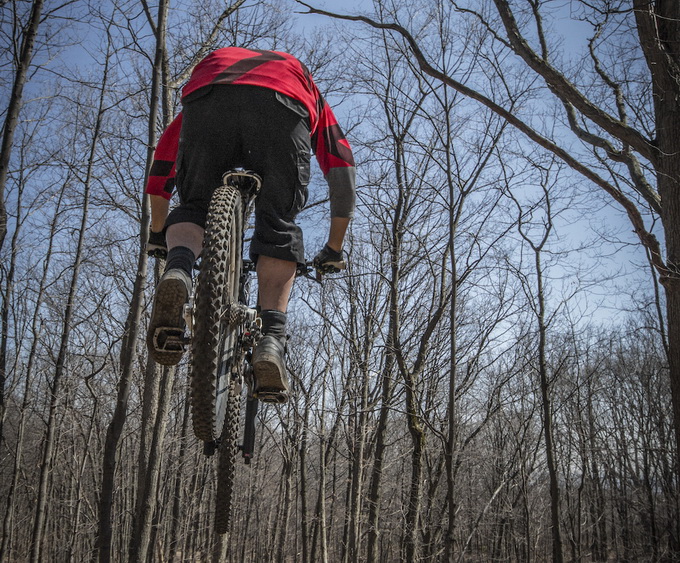 I had no issues on jumps and faster/steeper rough sections. This damper really loves to work at higher speeds! Jumping to transition or even jumping to flat, the MOTO did well controlling the compression/extension cycle. I didn’t have that ugly feeling of the rear end wanting to toss me overboard.

Many changes to the runs at Blue Mountain have made them challenging for suspension–in particular a run called O-Chute. Even with rooted sections to berms, followed by torn up staircase-like steeps into sharp bermed turns, the MOTO ate it all up!

Overall I was impressed with the performance of the MOTO. With a smooth linear rate, good square-edge response, and quick control over the rear from large jumps, this was a very capable shock that I enjoyed having on the back end of my bike! All that’s needed to make this a flawless product are some improvements to the clickers, and perhaps a stiffer shim stack for us heavier folks.

Thanks to the folks at Marzocchi for sending down the MOTO C2R for review!