The plan was to ride Specialized’s highly-acclaimed Enduro 29er, a bike that changed many minds about what a 29er could do. Well, when we showed up for our appointment with Specialized, the bike was still out on a test ride. Four hours after someone checked it out. Uh oh.

Luckily, the crew at Specialized is a generous bunch, and Nate let me take out his own personal bike, a jet black S-Works Stumpjumper. Of course I had to promise Nate that I would take it moderately easy on his bike, although I got the feeling he could probably ride circles around me.

The StumpJumper has been around as long as me–we both hit the scene in 1981. Over that time, it’s changed from a fully rigid steel bike to a carbon fiber trail slayer (I’m still mostly stock). For 2016 the most noticeable update to the Stumpjumper is the addition of internal frame storage, which is accessed via a trap door behind the water bottle cage. 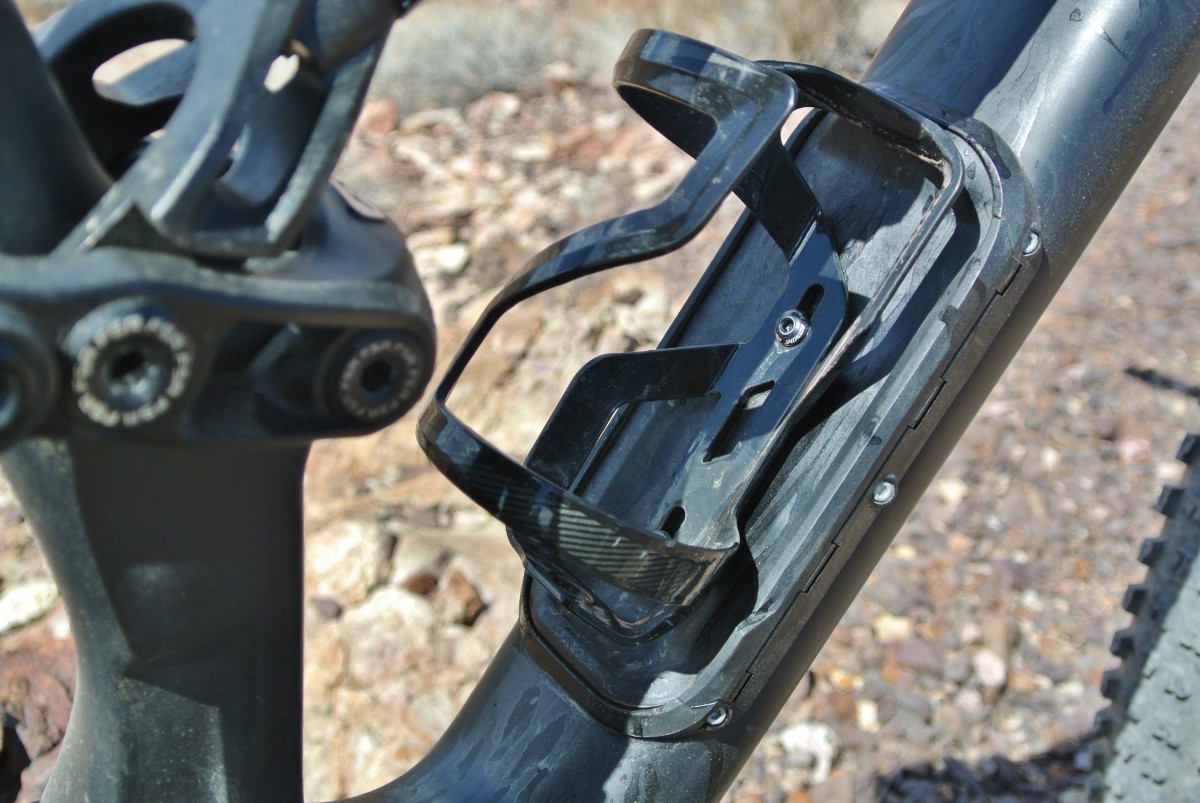 While it might seem gimmicky to some, I personally think it’s cool as shit. There’s more than enough room for a tube (or two), a pump (or CO2), and even some snacks. Having all your supplies ready to go inside your bike cuts way down on your ride prep time. Just fill up a water bottle and hit the trail. It does add around 200g to the frame, but that’s a convenience penalty I’d be willing to pay.

Since this was the S-Works build, you know it’s equipped with the best of the best: RockShox Pike and Monarch, SRAM Guide brakes and XO1 drivetrain, Roval Traverse carbon wheels, and Specialized Command Post. It’s a dialed bike for sure.

The tires were from Specialized as well–a Butcher in the front and the semi-slick Slaughter in the rear. This appears to be a personal choice of Nate’s and not a stock spec, but they turned out to be a great combo for the trails in Bootleg Canyon. The Butcher has large knobs across the casing to keep your bike upright, and the Slaughter rolls fast on the hard pack but still has beefy side knobs to dig in when really leaned over.

With 150mm of travel front and rear, the Stumpjumper is ready for the rough stuff, but with its light weight, it’s a bike suited for all day excursions. I had no problems getting comfortable on the Specialized even during my brief stint.

The Enduro comes with Butcher/Slaughter combo as the stock tires. I loved it so much I put that combo on my Camber EVO also. I LOVE those tires. There times where they’ll start to slide out but as soon as they hit those shoulder knobs it’s nothing but traction!