By now you’ve probably seen the spectacular crash footage of Eric Barone’s 2001 attempt to best his own world speed record on a mountain bike – if you haven’t, pop over to YouTube and check it out. From what I understand he set a world record of 101 mph on a stock Giant DH mountain bike but his second (failed) attempt was on a specially modified bike – guess that goes to show you off the rack is sometimes better than custom when it comes to quality mountain bikes 😉 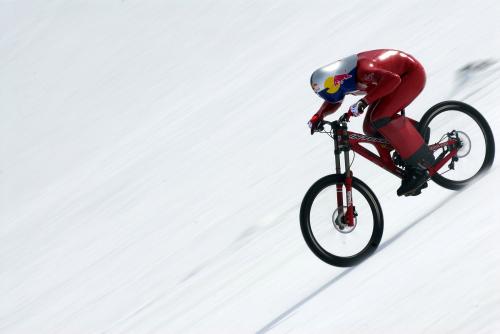 While Barone’s video continues to get mad play across the internet, it turns out the current world record for fastest mountain bike run is held by Markus Stoeckl – 130.7 mph! Stoeckl set the new record riding an Intense M6 down a snow covered 45-degree slope in the Chilean Andes in 2007 while wearing a super aerodynamic suit and helmet combo. The helmet actually had some condensation issues which meant Stoeckl had to hold his breath during the 40 second ride to keep his visor from fogging up! Incredible.

These downhill speed records got me wondering about the record for the fastest ride on flat terrain. Gravity assisted speed is one thing but to hold the record for the fastest ride on a flat surface means you gotta have some serious leg power. Although I couldn’t find any record of the fastest non-gravity assisted mountain bike ride I did read the human powered world speed record was broken just a couple months ago by Sam Whittingham – 82.33 mph in a recumbent! The recumbent was heavily modified and covered by an aerodynamic shell but still… I always though recumbent riders were just lazy – who knew they were actually speed junkies! 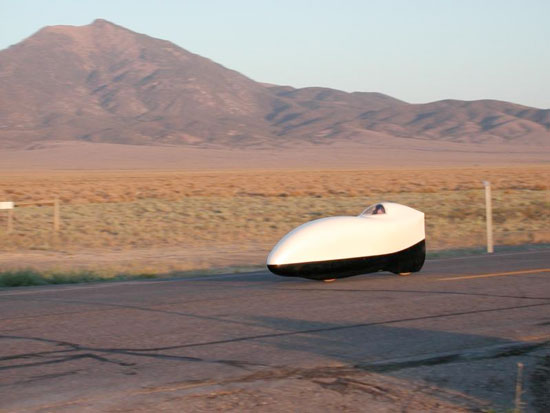 […] on the mountain bike (just over 100mph) but that’s old news. The CURRENT world record is held by Markus Stockl who rode 130.74mph down a 45-degree slope in Chile on an Intense M6 mountain bike. I have a feeling […]