After riding at the 1996 Olympic MTB course in Conyers, I kept going east and hit the Turner Lake Complex Trails in Covington. The trails are located right off I-20 just behind the first shopping center you see on the south side of the highway but feel like they’re hundreds of miles away. 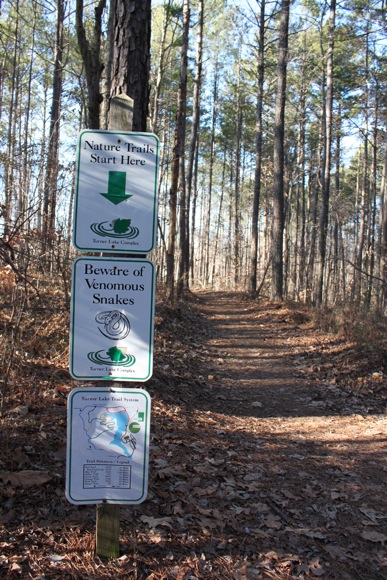 Beware of venomous snakes – they’re the most dangerous thing you’ll find on this trail.

I was interested to ride at Turner Lake because all the singletracks reviewers seemed to agree that these are great “beginner” bike trails. Since it’s been a while since I was a beginner myself, I wanted to get a feel for the type of trail new mountain bikers like to ride. 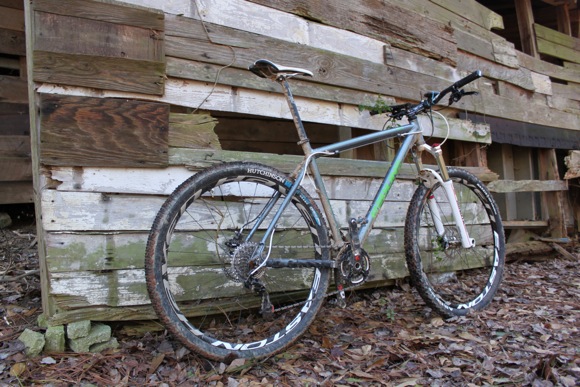 At the park I was in a hurry to get going and I ended up parking in the wrong spot (at the administrative offices). I rode around the park a bit and jumped onto the first unpaved road I saw – which quickly turned into a utility easement that went nowhere. Backtracking, I made my way to the paved path and sniffed out the (signed) nature trail leading into the woods.

The nature “trail” is a wide, leaf and pine needle covered path that is mostly flat and fairly nondescript. Signage was good – which beginning riders will appreciate – but to me it was missing any level of excitement that might make newbs want to come back for more. I was the only one on the trails on a beautiful Friday afternoon, save for a woman with a young child. If you happen to live in the area, check the trails out for the scenery but don’t plan on getting too many miles in.

Another favorite on the MTB race/trail running circuit, Heritage Park in Oconee County is always a fun ride. I got to the trail at around 5pm and I was worried it was too late to be hitting the trail. Fortunately I saw another couple just getting started so I hopped on my bike and booked it into the woods. 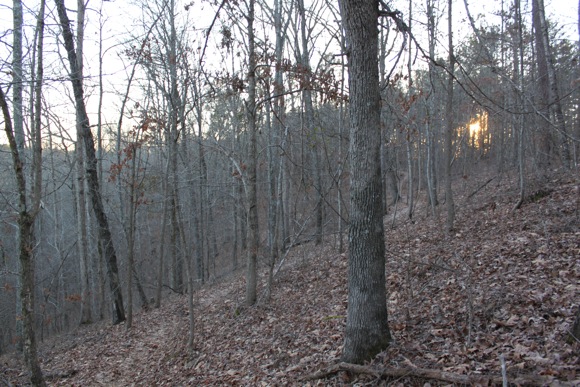 Mudhunny and I rode these trails for the first time about 2 years ago and I was surprised to find that not much had changed. There are a few re-routes but for the most part, everything is still in place, though with much better flow and signage. After completing the majority of the red loop I wanted to ride a little more so at a familiar intersection I set out in a different direction. After riding for about 10 minutes I got a sinking feeling as I rode further and further from the car while the sun sank lower and lower behind the trees.

After a couple miles I decided to call it quits and bombed down a doubletrack trail back toward the trailhead. Back on the singletrack, I was surprised to see a man hacking at a root on the trail with an axe. He said I was going the wrong direction and I apologized; he said it was ok, just local tradition I guess. I thanked him for his work and as I rode away I think he said “I’m getting paid!” I guess he was a park employee, hard at work, late on a Friday afternoon. 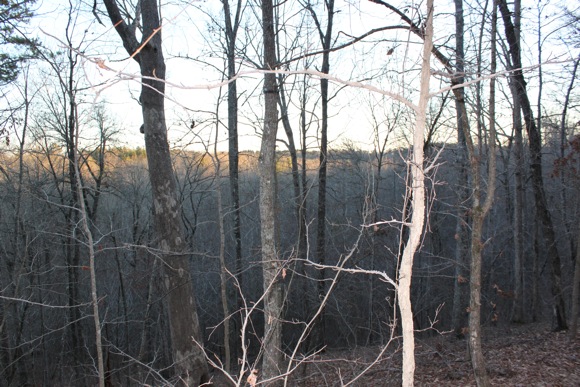 The ride back up to the trailhead seemed longer than usual and I cranked up the tempo even more, fearing my car might somehow get locked inside the gate at dusk. Fortunately I made it back at 6:15pm while the couple I started with were still out on the trail. From Heritage Park I drove to Athens to meet up with my brother for piles of BBQ at the Butt Hutt, happy to be off the trail for a few hours.

If I can still do simple math and read a calender, it looks like you have done 18 trails in 21 days. That leaves you with 11 trails left in an 8 day period. However, that last day is spent riding the Snake Creek Time Trial again. I believe I recall you saying that you will not count that trail as two separate rides and you’ll make up an extra trail somewhere in between to get to 29. So, unless you have legs of steel to ride another trail that day and also complete the 34 mile TT @ Snake Creek, that day is already out of the picture. Looks more like 11 trails in 7 days. As I type this message it is Monday, raining outside my window here in East Atlanta, and the weather man is calling for more of the same for the next four days. How the hell are you going to pull this off??? It was absolutely beautiful this past weekend so I’m hoping you knocked a few off the list over these two days. Still, this is setting up to be a photo finish! I’m rooting for you to get this done but I sure would like to know whats going through your head at this moment and what your game plan is to complete all 29 in these conditions. Good luck.

Haha, glad you’re looking out for me GG! 🙂

[…] about 2 unique trails each day and nearly double the number of trails I was able to ride during my 29 trails in 29 days challenge. Trail a day? Try two trails a […]