As I type this I’m wearing a Recreation Ale hat while several cans sit chilling in the Singletracks office mini-fridge. This is the refreshing packable beer that inspired this entire list. 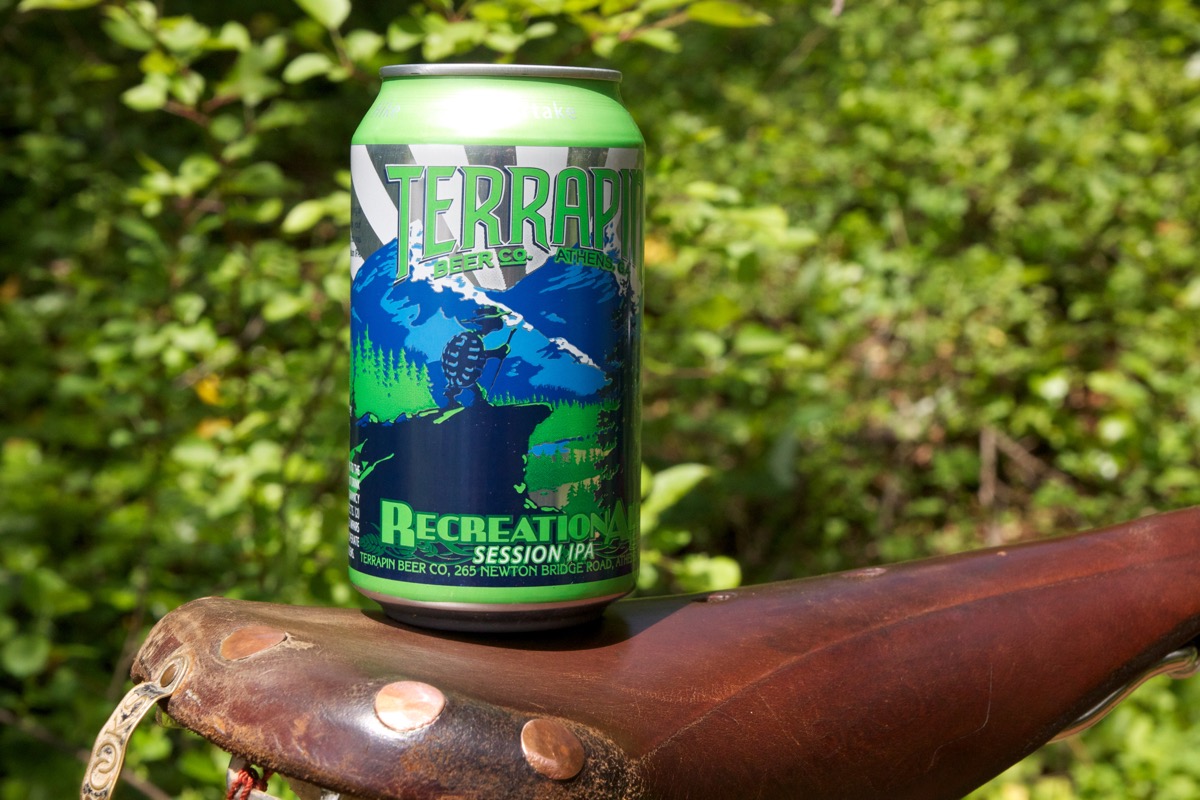 I’ve never tried a Rocket Bike (the beer or the futuristic two-wheeler), but this brew is from Moab which gives it instant trail cred. Rocket Bike is just a 4-percenter, so pack more than one!

Ah, good old Sierra Nevada. Most of us should have no problem finding a case of Sierra Nevada, which is a good thing–these brews seem to disappear quickly out on the trail!

With a name like Full Suspension, it’s hard not to go for one of these on a long ride. Easy to drink, with just 4.0% ABV.

This beer is a seasonal American Pale Ale, so good luck getting your hands on one… but if you do, save the sweet-looking can for me! The best part: a portion of the proceeds from every sale go to support the Cleveland Metroparks Trail Fund.

Want more? Head over to CraftCans.com to see a list + photos of more than 1,800 canned beers!

Your turn: What’s your go-to canned beer to take mountain biking? How many on this list have you sampled?

I also really enjoy the Founders All Day IPA — great flavor without the higher alcohol content of many good IPAs (only 4.7% ABV).

I’m loving that more and more microbrews are available in cans now!

+1 on the Founder’s All Day. Besides Terrapin’s Recreation Ale, their newish Hi-5 IPA is pretty easy drinkin’.