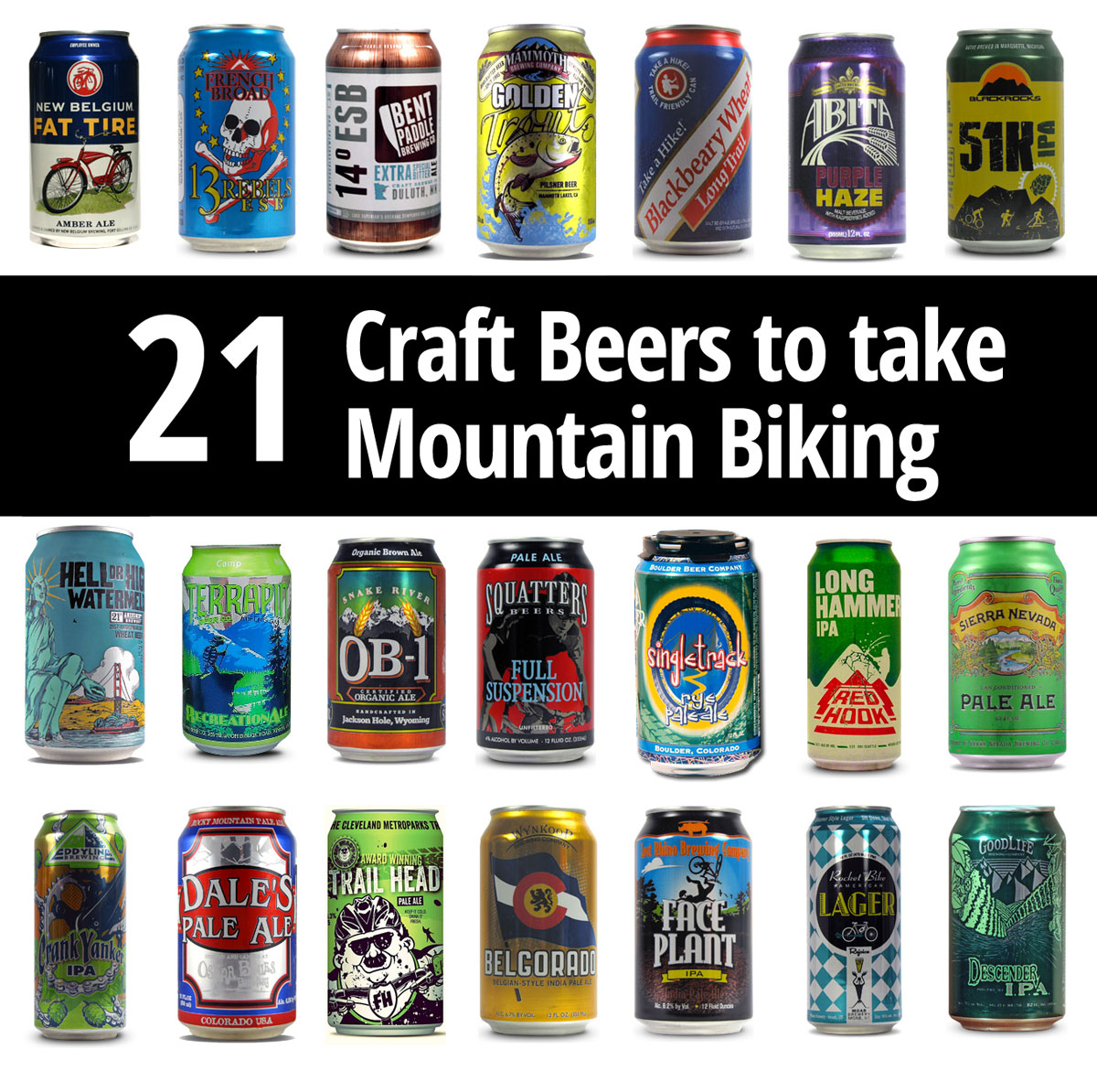 With temperatures starting to heat up, it’s time to consider an important question: Which craft beers will you toss in your pack this spring? It’s not an easy question to answer but after careful research, I’ve come up with a 21-can salute to some of the most trail-worthy brews in America. (Editor’s note: Check local regulations and always drink responsibly.)

It seems like everyone is brewing beer in the Asheville area these days, which is great news for mountain bikers who already flock to the trails in Pisgah National Forest. Throw a can of 13 Rebels in your pack for a true local brew on your next ride and you’ll feel like you’re back in Western North Carolina no matter where the trail takes you.

Come for the mountain biking in Duluth, MN, stay for the delicious craft beer. I can’t say I’ve ever stopped to enjoy an extra special bitter during a ride, but this one makes me at least want to give it a try!

I’m a little embarrassed to admit I don’t get the 51K reference but judging by the can, it seems to involve biking, hiking, and skiing. Either way, this brew comes out of Marquette, MI, which is a big MTB destination for riders all over the midwest. Grab this one whenever you see it–as far as I can tell it’s only available in Michigan.

Wynkoop produces some interesting and unusual beers, but this one caught my eye in particular since it’s a Belgian IPA. This beer packs a bit of a punch for a trail beer (6.7%) but hey, it’s a much better choice than a Belgian quadrupel. That is, unless you plan on spending the night on the trail…

The Blackberry Wheat can from Long Trail Brewing Company actually bills itself as a “trail friendly can,” which is good news for bikers. Sure, there’s a picture of a hiker on the can, but can’t we all just get along? We sure can, as long as there’s tasty craft beer going around!

Gear
Best Mountain Bike Gifts Under $50
Progression
How to Stay Strong in the Off-Season, Even if You're...
Trails
New Tech Trail Coming to AR, Big Grant to NC...
Gear
Why are Good Rain Jackets so Expensive? We had to...
Subscribe
Login
Please login to comment
3 Comments
Most Voted
Newest Oldest
Inline Feedbacks
View all comments

I also really enjoy the Founders All Day IPA — great flavor without the higher alcohol content of many good IPAs (only 4.7% ABV).

I’m loving that more and more microbrews are available in cans now!

+1 on the Founder’s All Day. Besides Terrapin’s Recreation Ale, their newish Hi-5 IPA is pretty easy drinkin’.