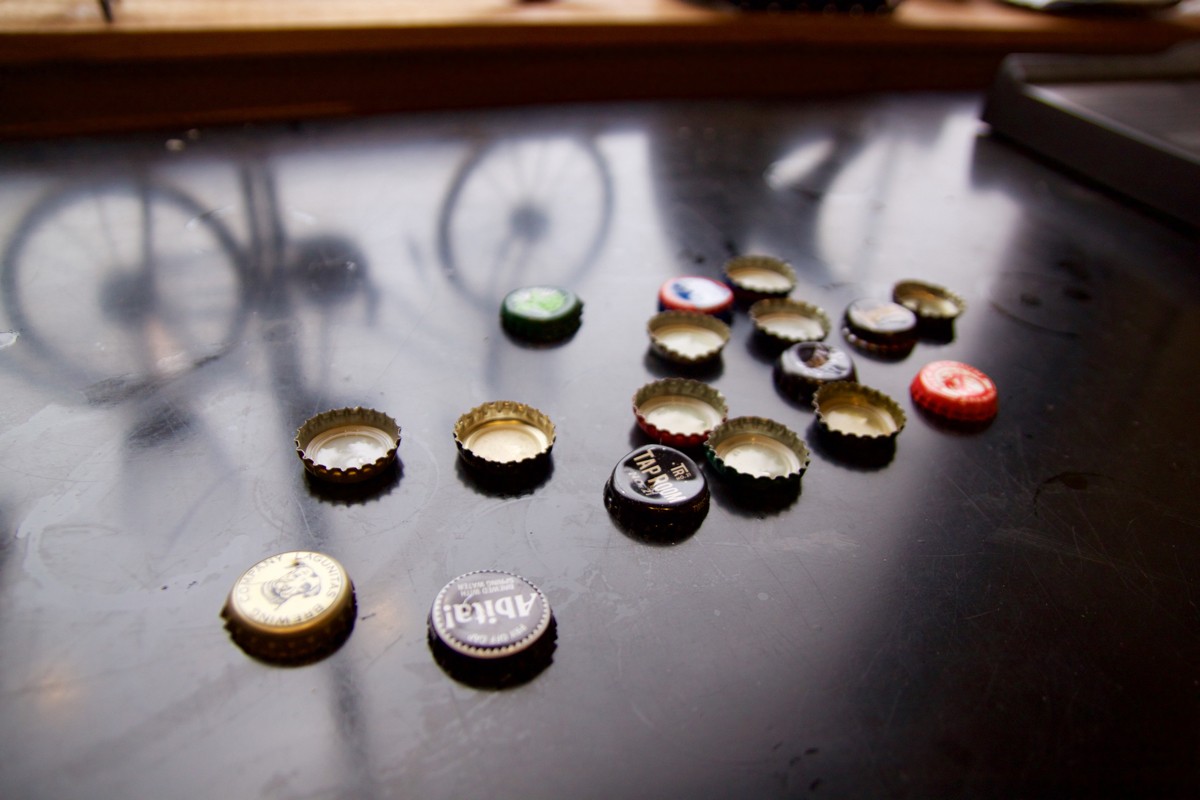 Editor’s Note: Singletracks does not encourage or condone underage alcohol consumption or excessive drinking. If you’re underage according to local law, choose to abstain, or just can’t stand when people geek out about beer, we ask that you choose another article to read–perhaps this one.

A few months back we asked nearly 2,000 mountain bikers what their favorite type of beer was, and the answer was a resounding three letters: I. P. A. Bitter, refreshing, and aromatic, IPAs are a great after-ride choice, but we had to know for ourselves: which IPA is best?

I personally selected 13 IPAs from a local supermarket, choosing a variety of IPA styles (English, American, white, session, nitro, etc.) and from a variety of breweries ranging from those with national distribution to smaller, more regional brewers. Of course there are literally thousands of IPAs being brewed in the USA right now, so this wouldn’t be a comprehensive look, but at least we could get an idea of which beer to order after our next ride.

At the beginning of the test I asked everyone to name their favorite IPA, and I got some great answers: Sweetwater IPA (an Atlanta local favorite), Sculpin IPA, Victory Dirtwolf, Creature Comforts Tropicalia (another Georgia brew), and Green Flash West Coast IPA. Unfortunately, not one of those beers was on our tasting list. Fail.

The test, however, was conducted in a blind fashion so that none of us would know which beer we were drinking. (Thanks to my buddy Wrightson for serving as our pourer!) In fact, no one knew the beer list except for me, which made guessing the brewery even more difficult. All five of our taste testers–Aaron, Chris, Eric, Paul, and myself–are mountain bikers because hey, mountain bikers have specific tastes. Each pour was approximately 4 ounces, and Wrightson served each beer roughly in order of ABV.

For each beer we wrote notes about the smell, color, and taste, and gave the beer a rating. Based on those ratings we rank ordered the beers for each taster, and added up the ranks to determine the best IPAs.

Without further delay, here’s how our panel of mountain bikers rated 13 IPAs, ordered from least favorite to most favorite. Go ahead and peek to see #1 if the suspense is killing you–you can always go back and read about the others. 🙂

Gear
Never Underestimate the Power of a Good Zip-tie
Gear
The Maxxis Minion DHF Tire is Still the One to...
Gear
These MTB Deals are Fire, including 40% off Patagonia Dirt...
Progression
Sizing Up or Down Plus Handlebar Widths and Crankarm Lengths:...
Subscribe
Login
Please login to comment
15 Comments
Most Voted
Newest Oldest
Inline Feedbacks
View all comments

Wicked Weed “Pernicious” is the best IPA I’ve ever had. Brewed in Asheville, NC. Ballast Point Grapefuit Sculpin (San Diego) is a close second in my book.

Good call on the Wicked Weed. I went there over NYE and was very impressed.

Rhinegeist Truth (Cincinnati, OH) is easily better than any beer on this list. Upland Dragonfly (Bloomington, IN) is another amazing brew and let’s not forget Brewery Vivant’s W.I.P.A. Snappa (Grand Rapids, MI). This seems like a pretty weak list…

My INSERT NAME OF LOCAL BREWERY WITH EXTREMELY LIMITED DISTRIBUTION OF THEIR PRODUCTS is way better than any of the other beers on this list. If more than 10 people have access to a beer, it obviously cannot be any good.

If a beer is distributed AT ALL, it can’t be worth drinking… local brew pubs with beer only available on draft are the only places I go to drink. +10 for homebrews that aren’t available for sale whatsoever.

(…just make sure you don’t look in my fridge)

I’m not a beer drinker but this was a very well written article. The comments so far, not so much. People saying that “X” beer is absolutely better than 12 others in a BLIND taste test is silly.

The list of beers chosen for the test was poor. There could be no quality conclusion that comes from bad data.

I think our data and methodology is good, it’s just that our results are limited to the beers we tested. Since Singletracks has such a geographically diverse audience, our intention was to pick several IPAs that are readily available from breweries with wide distribution. If there is some super fresh, local IPA available or your buddy has a recommendation–get that one! If not, I suggest snagging one of the top 5 on our list and you’ll probably be satisfied.

Maybe this doesn’t need to be said but everyone’s tastes are different so there’s no real conclusion that can be drawn from ANY taste test, even if it includes every beer ever and the panel has thousands of people on it. The result will always be an average of peoples’ tastes, not an individual’s specific preference.

Dave A
Reply to  finerbiner

Jeff… have to agree w finerbiner above …. none of these IPA’s would make the top 50 in a US wide test [ your readership ], you need a better beer distribution store in your area/or more work/research on RateBeer.com [ average of peoples tastes …. ] …. no Stone, no Green Flash, no reps from northeast; Neshaminey Creek, Otto’s, Lost Abby, etc …. or Midwest….. and on and on ….

Got my attention…. just missed the mark !!

Haha Dave, I thought about just writing an article listing the top 10 IPAs according to RateBeer.com, but what’s the fun in that? 🙂 Also, the whole (tongue-in-cheek) premise of this test is that mountain bikers have specific IPA tastes which need to be studied.

Thank you Larry Hart. What is it about IPAs that people love? When did bitter become a good thing?
Remember the “bitter beer” commercial? Now that’s considered a compliment.
A good Imperial Stout or Porter. THAT’S beer with taste.

Love both of those from New Belgium. But I prefer the Rampant, damn it’s good!

I would say you all had flawed taste buds, but the number 1 pick was absolutely correct among that list.

Not a fan of IPAs. Not sure why anyone would want anything so bitter.

Give me a nice, ridiculously strong Belgian any time.