It seems like well known mountain bike brands release a new model every day, but it’s not every day that we see the launch of an entirely new bike brand.

Revel Bikes has been posting teasers over the past month on Instagram and now we know what Revel Bikes actually is.

Adam Miller, who also started Borealis and Why Cycles, partnered with a team of bike industry veterans including Jeremiah Starkey, Jason Schiers, and Mike Giese to develop, prototype, and test new models over the past two years. 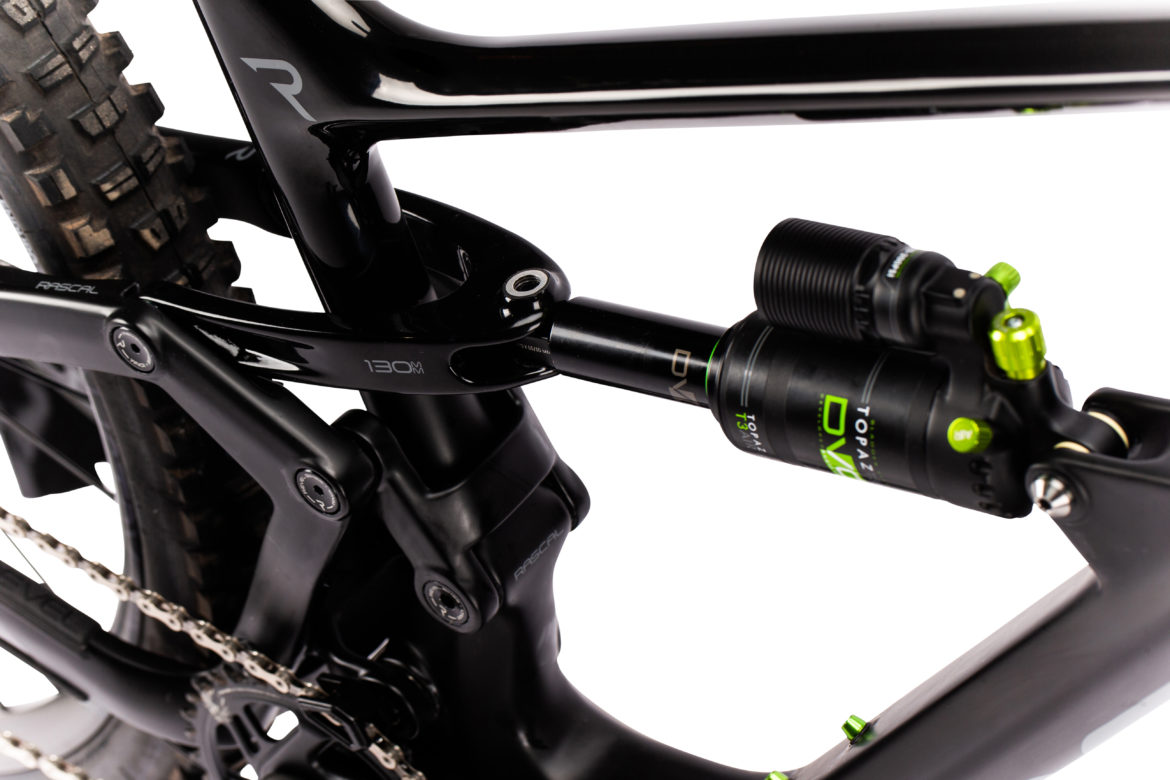 The platform, called Canfield Balance Formula (CBF), maximizes pedaling efficiency by pointing drive or pedaling forces into the instant center and keeping the center of curvature directly over the chainring, which allows the suspension to work to its intent regardless of accelerating or braking forces.

“When we first rode the largely-unknown CBF system, we knew it was something special, and we knew we could make the best riding carbon mountain bikes using this magical formula,” said Revel in a press release. 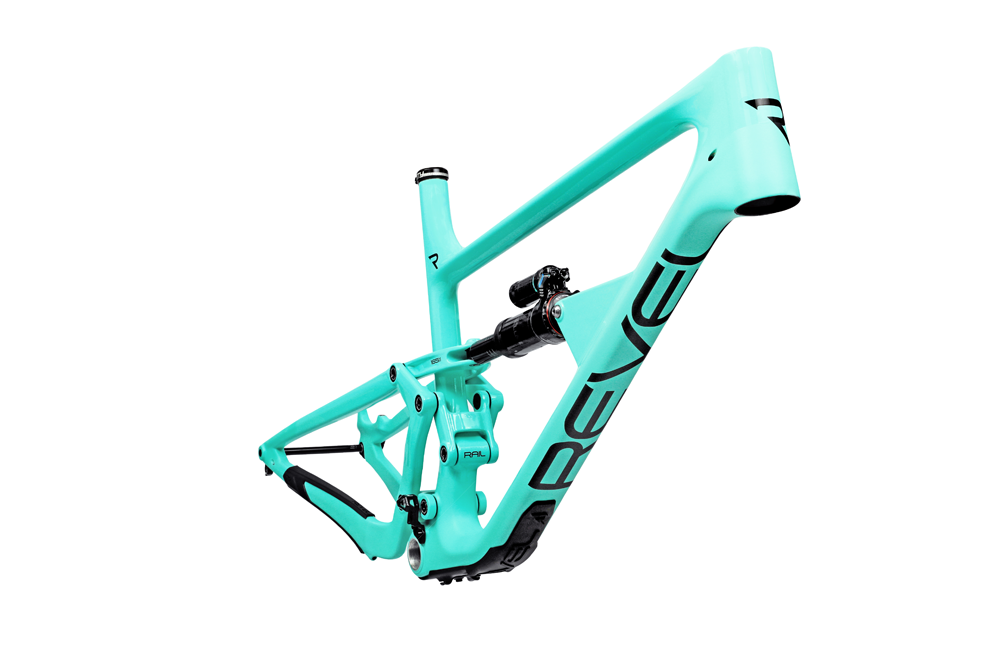 Starkey had experience at Rockshox and Trust Performance, Schiers was the founder of ENVE, and Giese became the new team’s industrial designer.

Revel is launching the brand with two carbon full-suspension bikes, a 130mm travel 29er, and a 165mm 27.5-inch all-mountain bike. 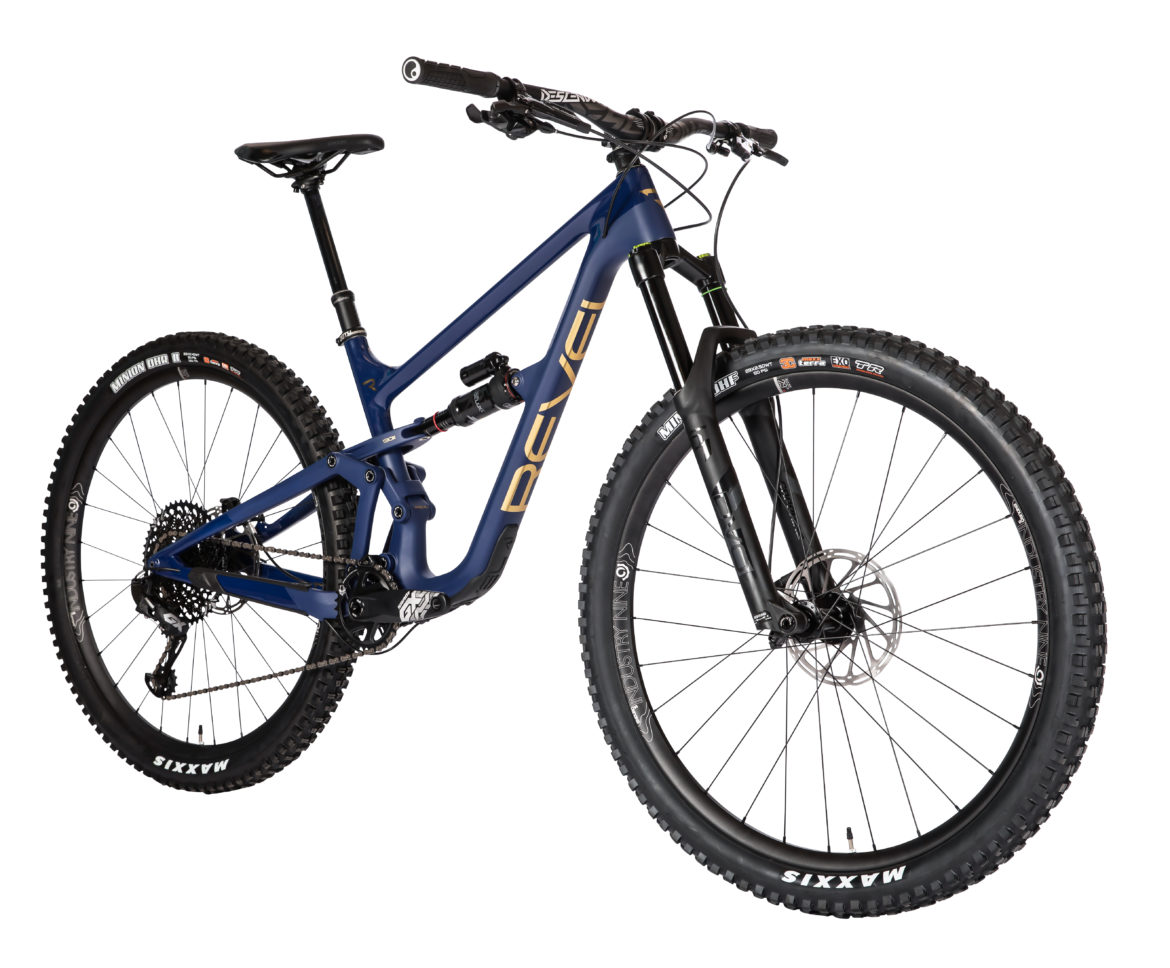 The Rascal, Revel’s new 29er trail bike, comes with a 140mm fork and sports a 75-degree seat angle, a 66-degree head tube angle, 433mm chainstays, and between 424mm and 489mm of reach from size small to extra large frames. 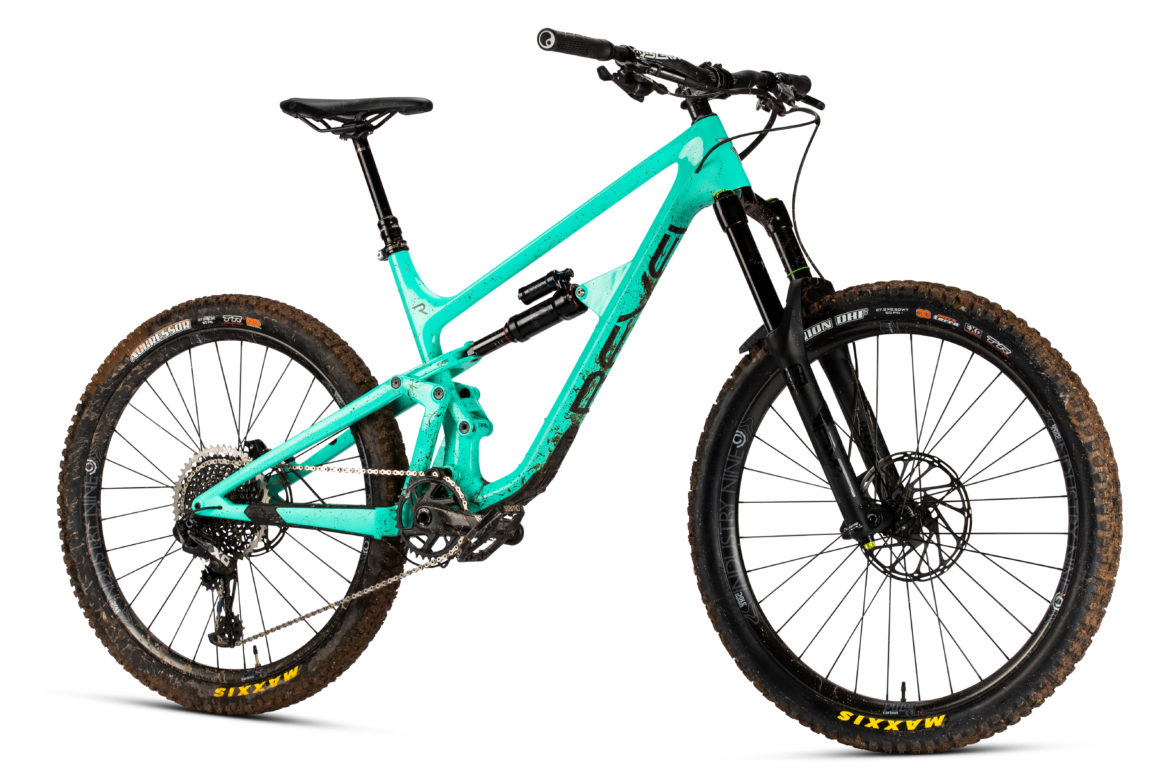 The Rail is a rock eating enduro bike with a 170mm fork, Boost spacing, and four different sizes.

Carbon frame production happens in China, with design, assembly, and everything else happening at Revel’s headquarters in Carbondale, Colorado.

The Rail and Rascal are available now as either a frameset or complete bike, starting at $2,600 and $5,000, respectively. Complete bikes come with SRAM groupsets and either Industry Nine or ENVE wheels, with the new Industry Nine Hydra hubs offered as an option.

A top-tier SRAM XX1 Eagle build goes for $8,700 and includes ENVE wheels, stem, and handlebars, SRAM Guide Ultimate brakes, and a DVO Sapphire or Diamond D1 fork. Revel “Director of Stoke” Chris Reichel says that all of the options are customizable, and “we aim to please!”

All models will include a lifetime manufacturer’s warranty and crash replacement warranty.

Revel is also implementing environmentally-friendly initiatives, like shipping bikes in reusable Evoc cases to eliminate cardboard waste. Buyers can keep the case (for a fee) or ship it back to Revel so that the company can use it to send someone else a bike.

Both bikes are available now. For more information visit www.revelbikes.com.

I guess you aren’t getting any water bottles in *that* frame.

Kinda? Also looks like it would be a PITA to get out.

The lead image does show a bottle in the guy’s frame. Although, not sure how cramped it is.

More water bottle idiots coming out of the woodwork for yet ANOTHER new bike release. Who cares about water bottles. Who—the—fuck—cares.

Well, I do. That seemed obvious.

Most bikes dont break from crashes unless its a carbon frame. And seeing how the warranties are excluding that now shows they know carbon is not a crash resistant material like alloy. Unless it’s a Norco because those bikes have bad welds.