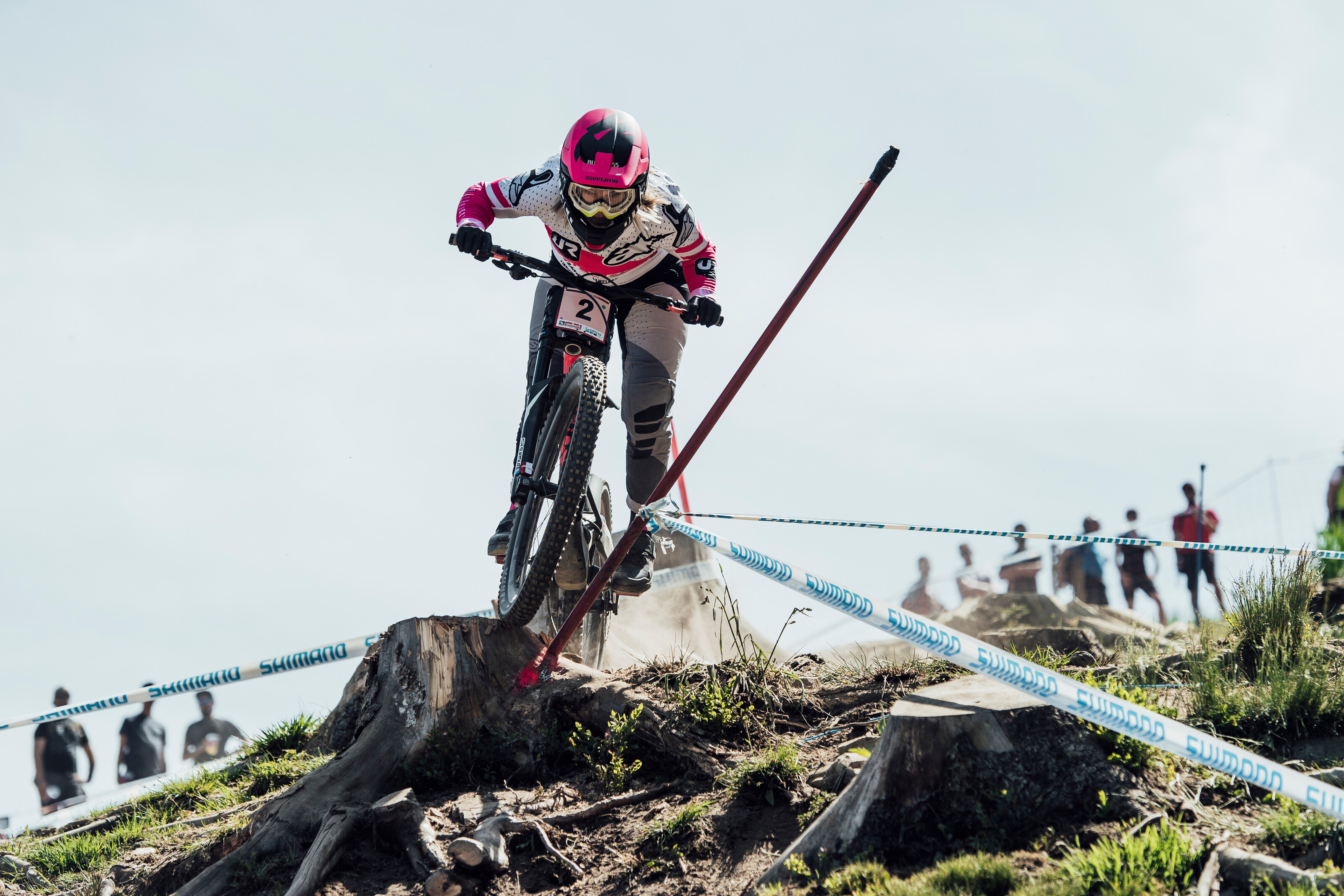 It was another exciting weekend of World Cup racing back on the high speed track in Leogang. Tracey Hannah took a big win and steadily climbed to the top spot after a 3rd place finish in Maribor and 2nd in Fort William.

Hannah gained time in the beginning of her run through the steep and technical upper section of the course. Her run was near seamless down the Austrian course and she finished with a huge send over the entire tabletop at the finish line.

Rachel Atherton finished 15th after a crash. Tahnee Seagrave is still out due to injury. Nina Hoffman, Kate Weatherly, Marine Cabirou, and Veronika Widmann finished out the podium. This was Weatherly’s first podium. Gerow asked Weatherly how the day went for her:

“Come race day I knew I’d had a good qualifying run and felt good on track but knew I’d have to push to do well, I had a big mistake in one of the technical sections before the motorway and I pedaled about as hard as I ever had to try make up some time. My run was far from perfect but it was clear that on that day getting down without a crash was the most important thing.”

Bruni cleaned the technical sections up top and pedaled and pumped his way through the high-speed jumps. By the time he was halfway through the track he had gained 2.5 seconds over Charlie Harrison who sat in the hot seat, and kept racking up time on his way down. This is Bruni’s second win this season and he’s now in third for overall UCI points behind Troy Brosnan and Danny Hart.

UCI World Cup racing takes a month off and both downhill and XCO pick up again in Vallnord, Andorra on July 7.

Evoc has had a good foot in the sports photo bag market for a while with their lineup. Evoc brings their reputation for strong, functional, and innovative mountain bike bags to those who need (or want) to haul around a camera and a few lenses into the backcountry aboard their bikes. 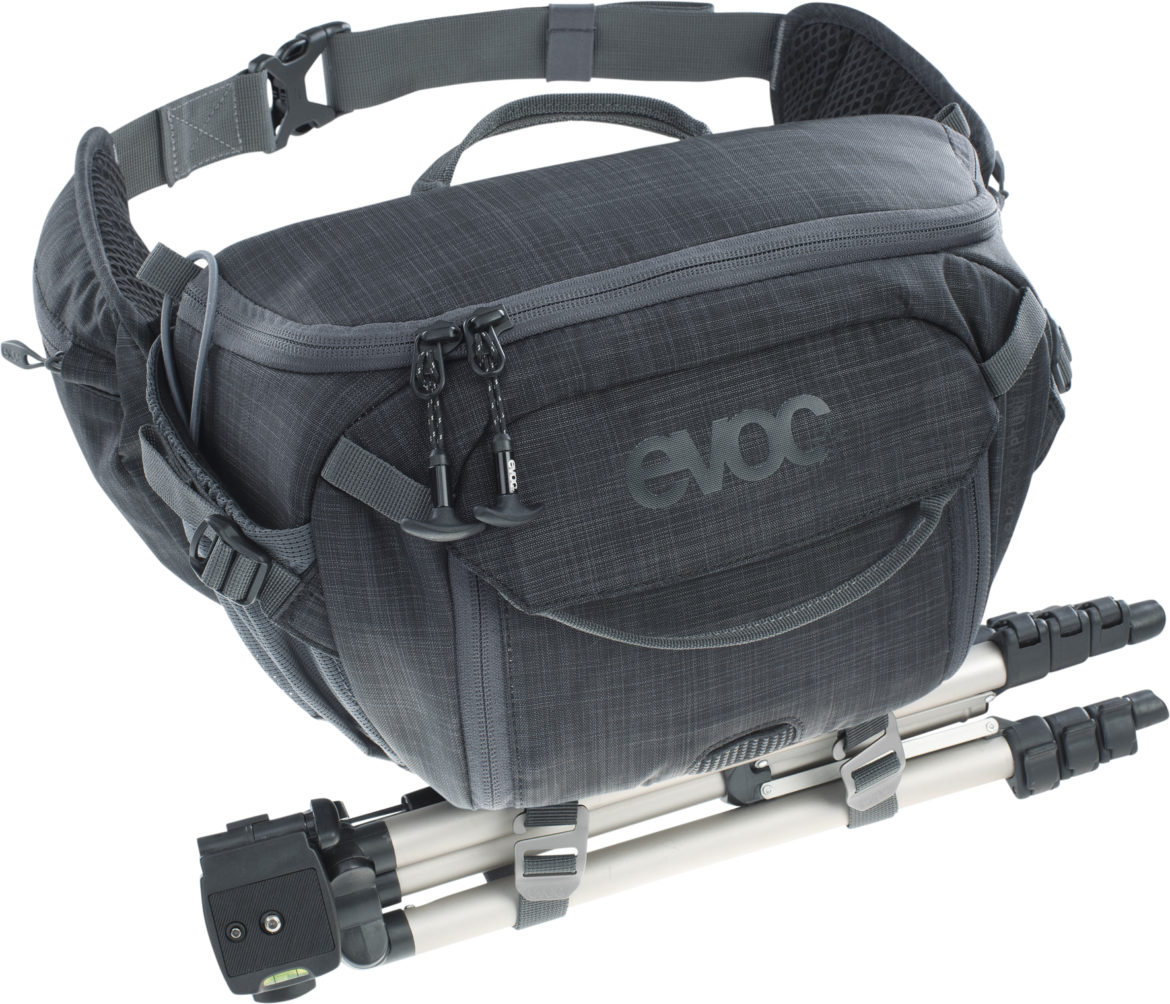 The newest set of camera bags are available in three iterations: backpacks, hip packs, and luggage. The hip pack is available in a 7L size and packs a lot of organization. The Capture hip pack looks best suited for smaller frame or mirrorless cameras.

The Stage Capture is the next level up and expands the available space into a full size, but quickly accessible backpack. It’s available in a 16L size.

The Photop is the pack made for longer photo excursions. It has more room for lenses, hydration, laptop and accessory storage. It’s available in 16L and 22L sizes. 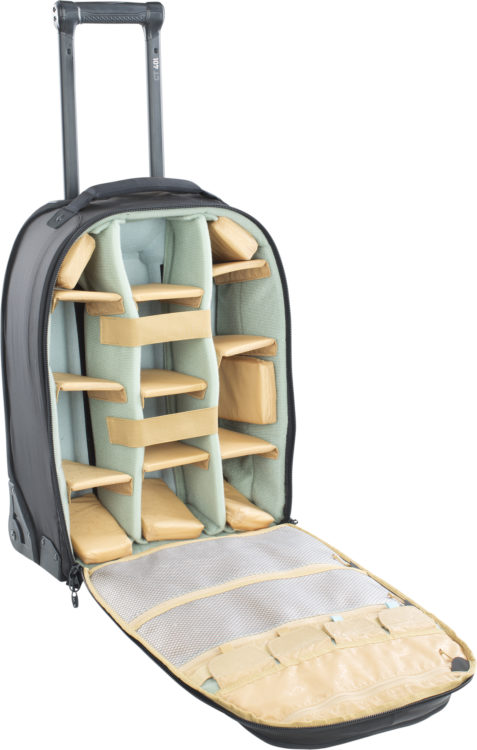 Lastly the new packs are available in professional backpack or luggage models in 18L, 26L, 35L, or 40L sizes. Check out the Evoc website for more information. 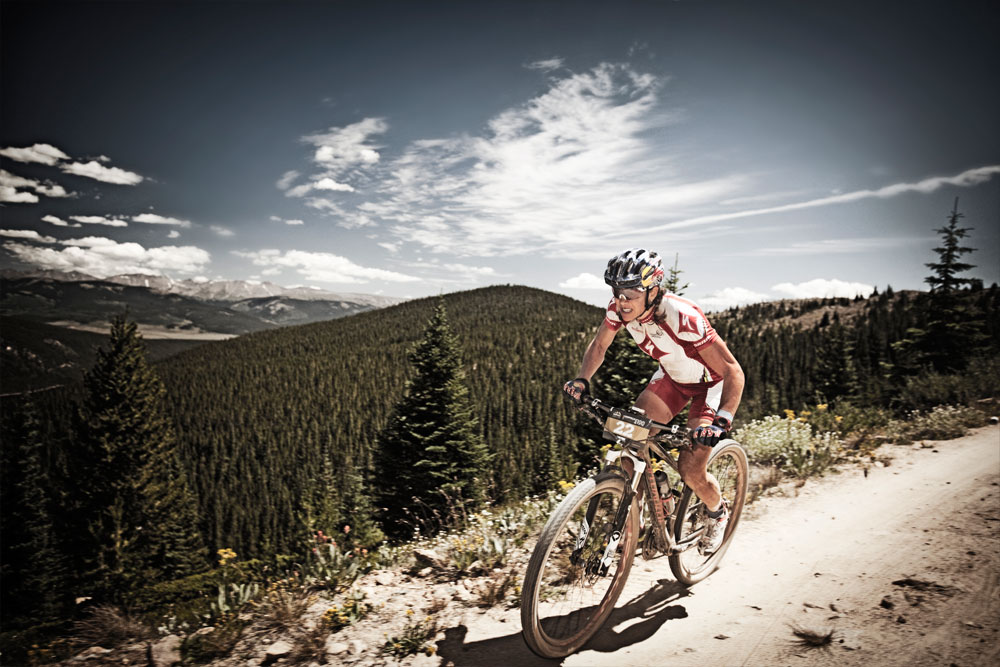 The Mountain Bike Hall of Fame Nominating Committee made its selections for this years nominees. Rebecca Rusch, Dafydd Davis, Myles Rockwell, and Jason McRoy are all on the ballot.

Davis been instrumental in creating the world’s first national development strategy for mountain bike trails and tourism in the UK.

Rockwell is another racer whose unique personality and perspective appealed to a mass audience and mainstream sponsors.

Rusch has established herself as the “Queen of Pain” and an ultra-endurance athlete. She is an accomplished mountain biker in several facets and most recently raised awareness for unexploded ordnance left in Southeast Asia after the Vietnam War. 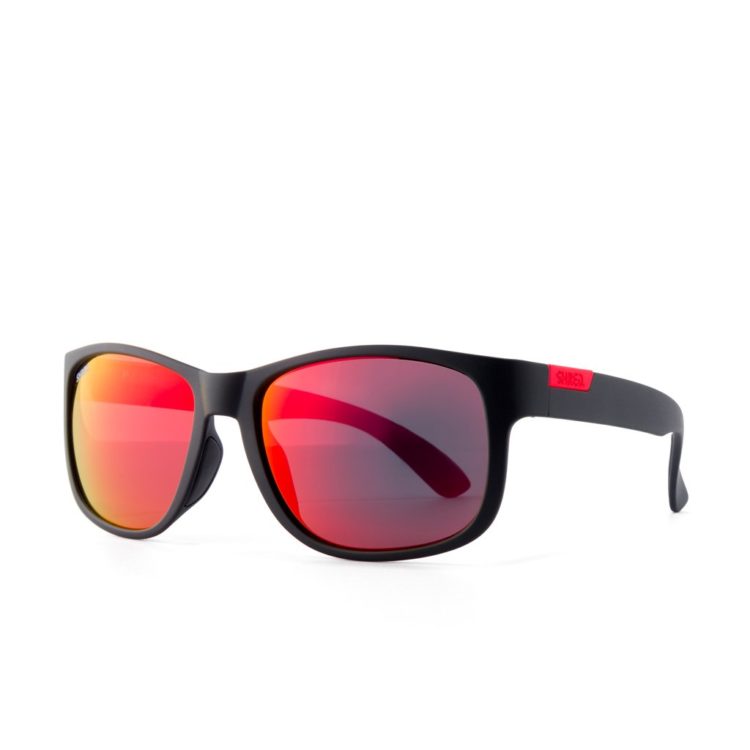 Mountain bike and snow sports brand SHRED. updated its line of sunglasses. SHRED. makes lightweight optics with a casual look, designed to feel natural on or off the trail. Contrast Boosting Lenses help boost trail vision and make objects stand out. Check out the Shred website for a look at their glasses and line of bike helmets.

Colorado continues to dig out trails for the summer. Last weekend Keystone Bike Park opened its trails for the season. The pickings are slim for early season, but tickets are currently discounted.

Aspen Snowmass plans to open on June 21 and will have a summer full of events. June 29 and 30 are Snowmass Demo Days, held at the Base Village. The Snowmass Bike Park Race Series returns again for 2019 with six different races held throughout the summer. Snowmass will also host the Big Mountain Enduro again on August 17 and 18.