In a discussion about the best mountain biking on the continent, Cape Cod probably won’t come up. I for one have never heard Whistler, BC and Cape Cod, MA mentioned in the same sentence. If you try to mountain bike in Chatham, you’ll know why. All the same, Cape Cod might just provide some of the best opportunity for intermediate riding. 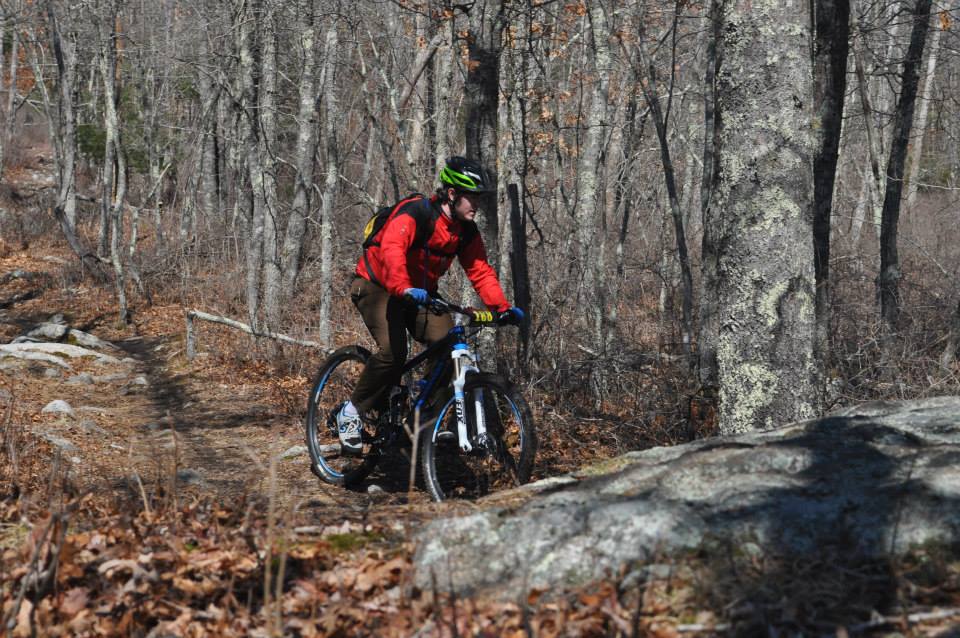 My mountain bike career began on the 2% gradient slopes of Chatham. For a beginner, it was perfect, with just enough hills and dirt to be interesting without it being challenging enough to scare me away. For anyone who regularly rides through rock gardens, this kind of terrain gets old pretty quickly, so the next step is to look across the wider Cape area and find something to help increase technical skill levels.

The trails on the Cape generally max out around an intermediate rating. Contrary to popular belief, the sand dunes do not constitute black diamonds. Nickerson State Park in Brewster, while not the biggest of parks, definitely has a good range of trails with varying terrain, and a 20-30 mile loop is certainly doable. There are more hills than you’d expect from a place that has a reputation as a sand pit, and underneath the pine needles there’s actual dirt.

There are trails interspersed up into the Outer Cape, and heading west the trails become much more interesting with the West Barnstable Conservation Area (AKA the Trail of Tears) and trails in the Yarmouth area. The further west you go, the more technical the trails become, and just an hour away Duxbury and Taunton have some of Massachusetts’ best mountain biking trails Because it’s in the Northeast, Highland Mountain Bike Park is just within reach in New Hampshire. So overall, there are some decent trails around to keep things interesting. There’s more to it than that, though, and as an intermediate rider it adds to the allure of the Cape. Because of its warm but moderate climate, the Cape is generally a haven for retirees. This includes retired pros from road racing and a considerable number of leftovers from the mountain bike push in the 80’s into the 90’s. There’s a surprising amount of talent situated on and around the Cape. They do their part to keep things interesting, and riding with them would keep anyone but Whistler’s regulars on their toes.

Cape Cod NEMBA owes its existence to this demographic, and organizes rides for all skill levels. On one occasion, in a system which functioned very well, a group of 70 riders began together and after 5 minutes of riding through some basic singletrack, there was a period of self-evaluation and division according to experience. Thanks to NEMBA’s organization, there are enough people on these rides, especially in the summer, for a balanced division of skill levels so that no one feels out of their depth. In addition, since most of its members are extremely involved in trail maintenance, cycling advocacy, and are an overall friendly crowd, they’re an easy group to get along with. They’re active in keeping the trails safe and clear–key to universal accessibility. We also have Spark Run Bike Sports an hour or so across the bridge in Taunton, similarly active and participatory in some potentially wacky and amusing events (such as the Turkey Chase).

The presence of a strong community means a big push to keep mountain biking opportunities and accessibility at a maximum. The Cape Cod Rail Trail means that the lower Cape’s mountain biking trails are well-connected, and proposals for an extension closer to the Trail of Tears are being considered. The trails are constructed in such a way as to allow a good flow while also challenging your technical skills with some well-placed rocky sections. Climbs are enough to get the heart rate up without stopping you in your tracks, but there’s also enough of a range in trails that most of the hills are completely avoidable.

Why is the talent here in the first place? As mentioned, the moderate climate helps. Ironically reminiscent of Vancouver, summers on Cape rarely bring temperatures over 70-75 degrees, and the average winter day will probably hover around 30-40 degrees Fahrenheit. That’s a good temperature range, and depending upon the year, we have a low rate of precipitation. That’s all great, but having those conditions wouldn’t help if the terrain were completely composed of landfill. 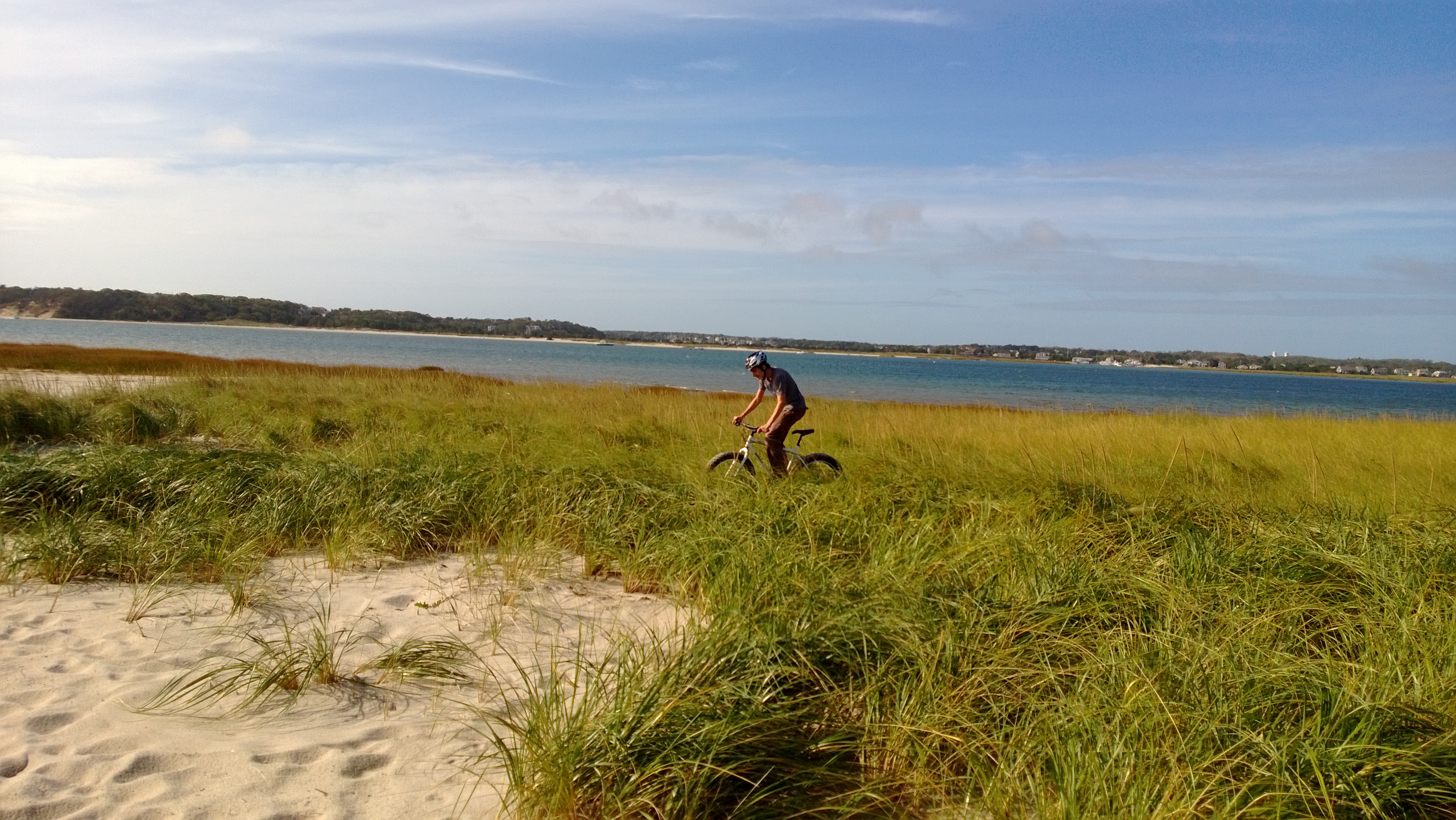 As a peninsula, the Cape is composed of a lot of sand. Drive through Truro and you’ll get an idea of just how much. With all the beaches, and occasional snow in the winter, the Cape is obviously a prime candidate for fat biking. If you’re in Moab, you don’t have many options for riding your fat bike along the beach in the morning and then going straight into the woods in the afternoon. On Cape Cod, the furthest you’ll have to go between the trails and the ocean or bay is a few minutes by bike or car, so even though you should decide where you want to ride each day, you don’t really have to decide until you get there. If you ride for a few minutes and decide this beach isn’t what you were looking for, you can ride down the road or even just across Route 6A, and your front tire is in the dirt.

One of the best aspects of our trails is how accessible they are–not just in how easy it is to reach them, but how broad the range of terrain is. In Nickerson, West Barnstable, or “The Badlands” in Yarmouth, it takes only minutes to go from riding over pine-needled doubletrack to being at the top of a rocky, intimidating decent. A dirt road can take you up to a ridge from which you can see the entire town, or you can opt for the slightly techier climb. On the way down you can choose a fast, flowy trail looping through the trees, amble down the wider trails to the end of the ridge, or tempt fate on a steep, rocky descent that means you actually have to make an effort to stay on the bike. 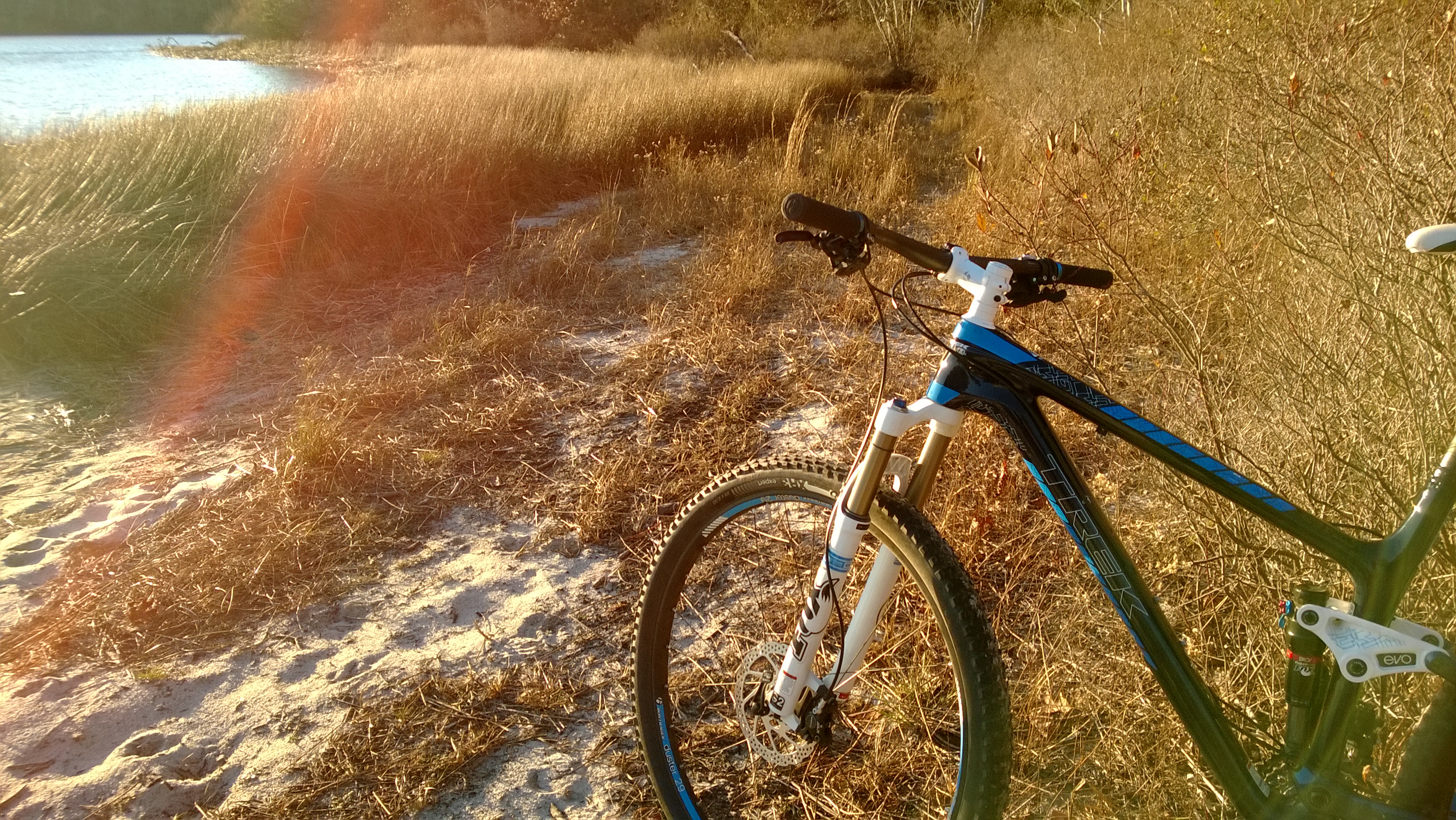 The Cape is for everyone. If you’re coming to the Cape, you can bring your full suspension all mountain bike, your cross country hardtail, your singlespeed, your fat bike… even that ancient 26” technology which rolled us all along for years. You can choose to cruise along the trails and enjoy your surroundings or fast-track it through some rock gardens and remind yourself of why you wear a helmet. On Cape, the trails you ride don’t dictate the intensity of the ride–it’s your choices and willingness to push yourself that keeps your heart rate up. The rider chooses how to ride, and fortunately on Cape, the clubs and trails are very good at accommodating a wide range of people. This means instead of focusing on other riders and how you stack up to them or on questioning why you’re here in the first place, you can focus on riding your mountain bike.

It is true, there are no downhill world cup tracks in the region. Leadville doesn’t take place here either. The tourism does become a bit grating, as do the tacky seafood restaurants. But the versatility of the Cape for beginner to intermediate mountain bikers and its wide range of accessible trails in my opinion make it one of the East Coast’s best candidates for mountain biking vacations. Bring any bike you please, any skill level you currently have, and the trails along with the fellow mountain bikers on Cape will make sure you feel right at home.

Ryley Newton is a senior in high school in Orleans, Massachusetts, and he races on his high school team. In addition to mountain biking he also races cyclocross and participates in the Pan-Mass Challenge, a 190-mile road bike ride to raise money for the Dana-Farber Institute. To further his writing passions, Ryley authors a satirical news source. Keep an eye on Ryley as he angles to enter the cycling industry after graduation!