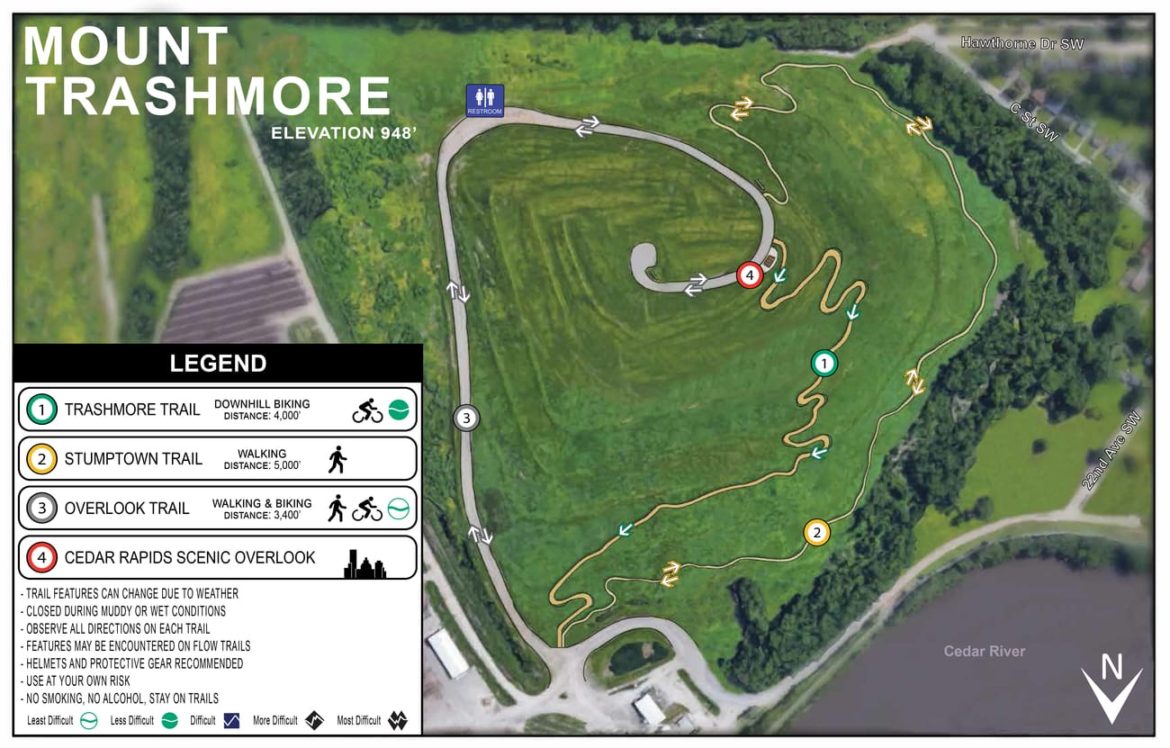 The Mt. Trashmore Trails officially opened last year in September 2018, according to the Gazette, an Iowan newspaper, after a long stint as a landfill, and are now officially open for the season. There are three trails open to the public during certain hours.

The Trashmore Trail is a downhill, bike-only flow trail that’s just under a mile long (4,000 feet). The trail has features typical of any flow trail, like shaped berms, rollers, and tabletop jumps. It is green rated and considered a less difficult trail in terms of technicality.

Although the trails are open to the public and free of charge, it’s run a little differently than a typical open space. There are access hours. On Wednesdays, the trails are open from 2PM to 8PM, Fridays they’re open from 10AM to 5PM, Saturdays from 10AM to 5PM, and Sundays from 12PM to 5PM, and users must check-in when arriving at the base of Mt. Trashmore.

Since the trails are built on a former landfill, the land managers want people to know that there can be a risk riding there, even though it is built on a capped and closed site. That’s why they’ve stated access hours and have someone on staff at the site during operating hours. The trails can also be closed during inclement weather to mitigate damage, erosion, or risk to trail users.

“I love it,” Laurie Worden, a local rider told ABC 9. “This is our money hard at work.”

For local Iowans, Mt. Trashmore has opened up a new opportunity to recreate and enjoy their town, and should be another example of how mountain biking can make almost anything better, even a former landfill.