In August of 2018, Sharon and I went on a road trip to Montana to ride some of the best mountain bike trails before they disappear.

Montana boasts a disproportionate share of mountain-bike-able alpine trails compared to other US states, and many of these trails are located in federal lands administered by the United States Forest Service. Sadly, the USFS in this area is embarking on various courses of actions which are likely to close some of these trails to mountain-biking over the next few years. For this reason, we felt we had to see these gems before mountain bikers became lumped in with common criminals for the act of riding bikes on trails. 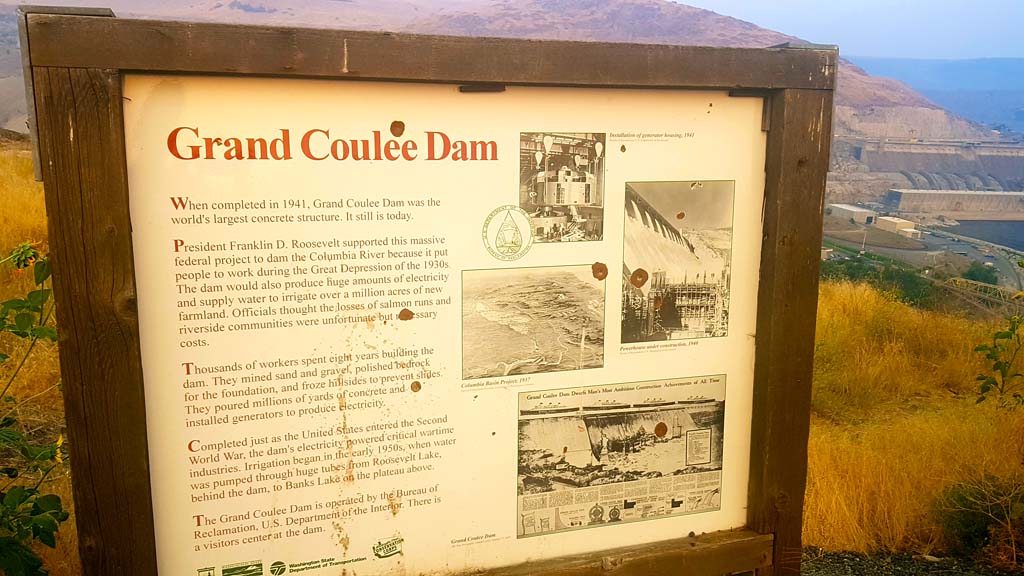 USFS lands are administered by different Regions which have broad discretion in making land-use decisions. Most of Montana is under USFS Region 1. To many mountain bikers, especially those in our group, USFS Region 1 seems to be the unit most opposed to mountain biking.

In addition to sharing information about the great mountain bike trails we experienced on our trip, this three-part series will also explore how the USFS Region 1 manages recreation in the lands under its jurisdiction. Sadly it appears this region of the USFS tends to exclude mountain bikers and other groups from public lands while giving preference to hikers and horseback riders.

Our fear is that some (or possibly all) of the trails featured in this series may be closed to mountain-biking for reasons of “preservation.” (Preservation for what, and for whom, are valid questions.)

I don’t feel compelled to ride alpine or subalpine trails regularly. These are rare treasures enjoyed when weather is good and conditions are perfect. Alpine trails are fragile beasts, not to be ridden (and consequently abused) when wet. In Montana, like other areas, alpine access generally isn’t easy, and the riding season is short due to the need to wait for snowmelt. This means the window to ride in the alpine is narrow.

Our first stop was the Bitterroot Valley close to Hamilton, Montana in the southwestern corner of the state. Here, two groups who both enjoy the outdoors have clashed with lawsuits, suing one another to press their views.

On one side, mountain bikers and motorized users local to the Valley have a broad view that they should be allowed to recreate on federal lands. On the other side, Wilderness advocates have a more restrictive view asserting that hiking, skiing, and horseback riding are the only activities that should be allowed.

Mountain bikers and motorized trail users won a short-lived reprieve following an early July 2018 court decision holding that the US Forest Service process closing trails to biking was broken. However, Wilderness advocates are tenacious litigants. Mountain bikers enjoyed sanctioned riding along the 110 miles of alpine Montana trails in the Bitterroot valley for all of one day. These trails were once again shut down in early August 2018 following Wilderness advocates’ lawsuits to close bike trails while the Forest Service “fixes” their broken process by pretending to consult the public.

On the first day in Montana we rode Roostercomb – 313 – Kent Lake as an out-and-back with Lance Pysher of the Bitterroot Backcountry Cyclists who showed us around. These are uncrowded trails with a wonderfully technical backcountry flavor; there’s not a berm in sight.

For us sea-level-dwellers, this ride is surprisingly hard starting at 2,300m and topping out at 2,650m (about 8,700ft.). It is an out-and-back 14km, which sounds relatively short. However, Bitterroot trails are quite technical and you’ll always find yourself fighting for speed amongst all the roots and rocks. Lance cautions that many visitors to the region consistently overestimate the amount of ground they will cover. Anticipate this and budget your time accordingly.

Of note, the 313 Trail (aka Rock Creek Divide Trail) is rarely ridden in its full length — we sampled but a small section. The length — about 50km — is not the issue. The issue is its remoteness and the haphazard nature of its maintenance. Mountain bikers were the primary maintainers of this trail, and following their exclusion were forbidden from doing any work. The USFS is, of course, under-resourced. Accordingly, Trail #313 is mostly used as a connector for other trails, as in this ride. 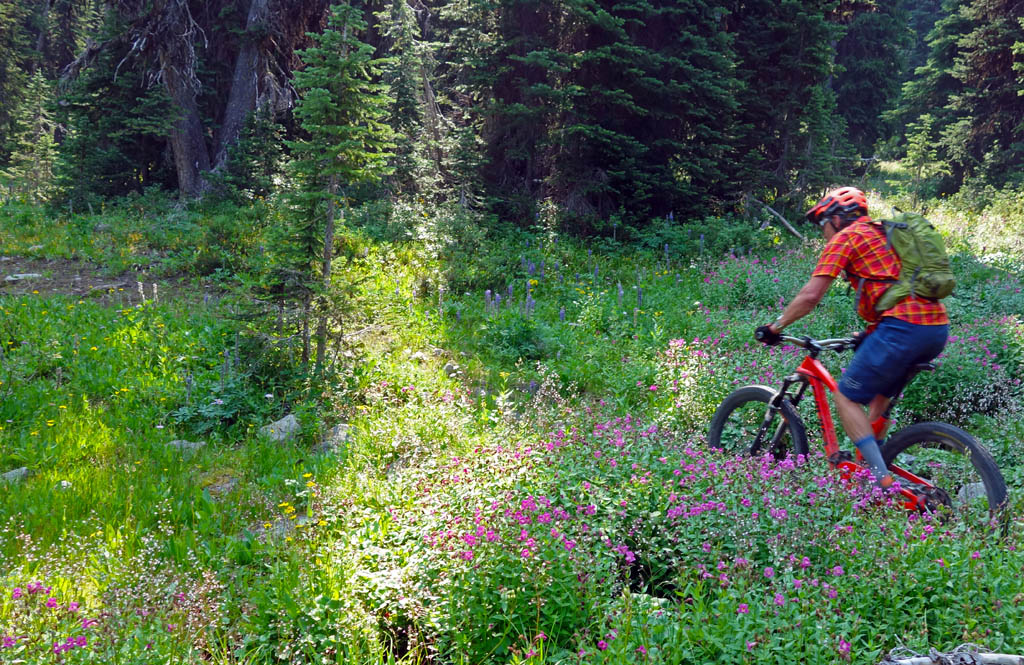 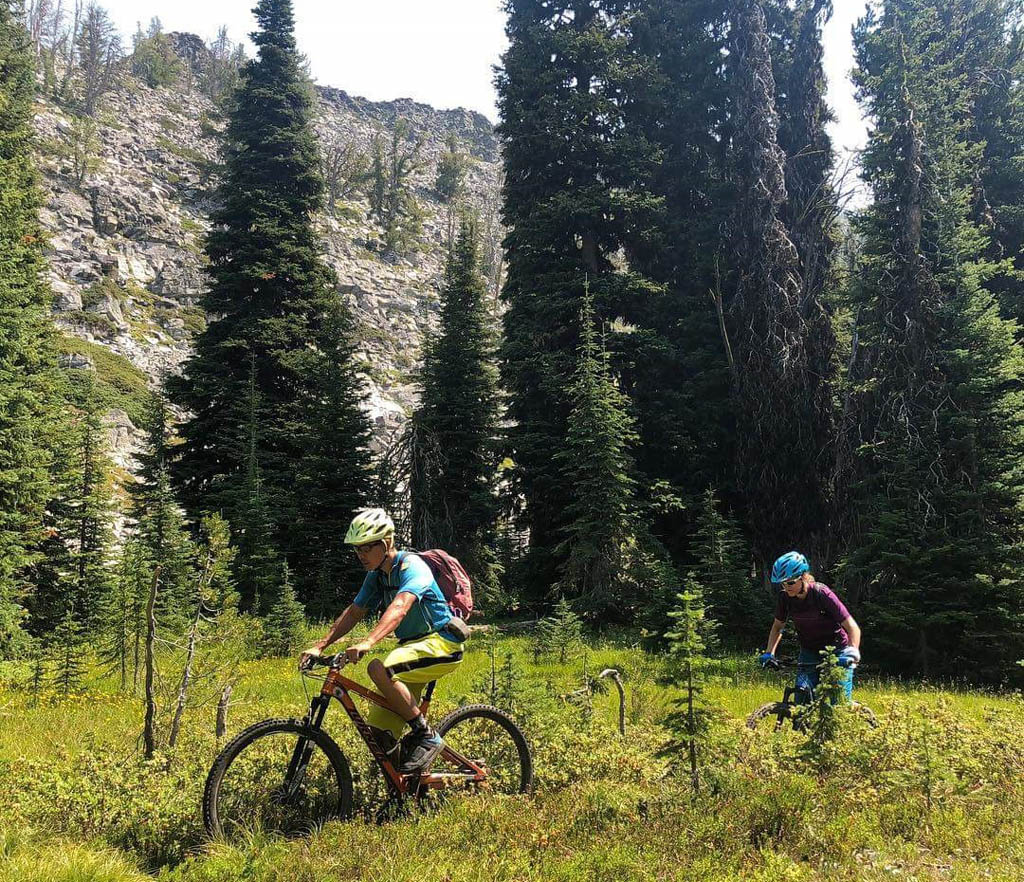 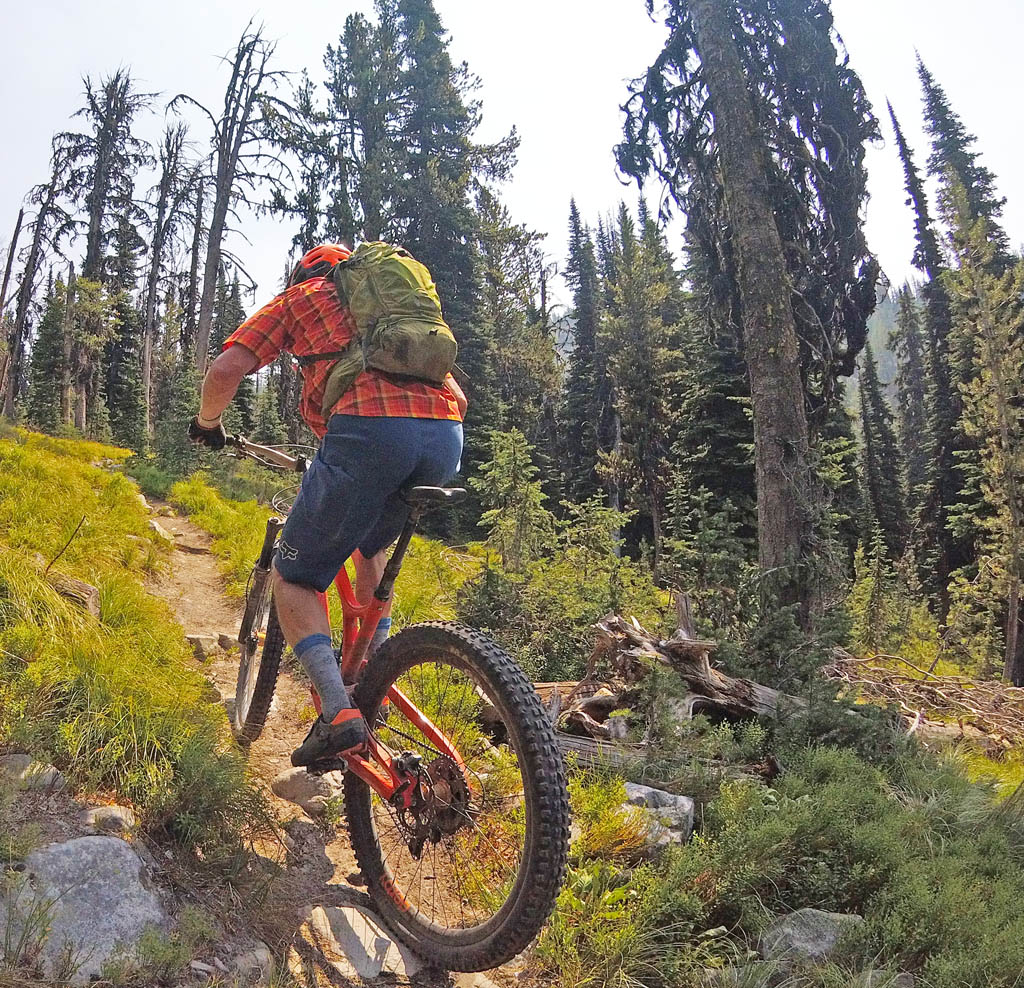 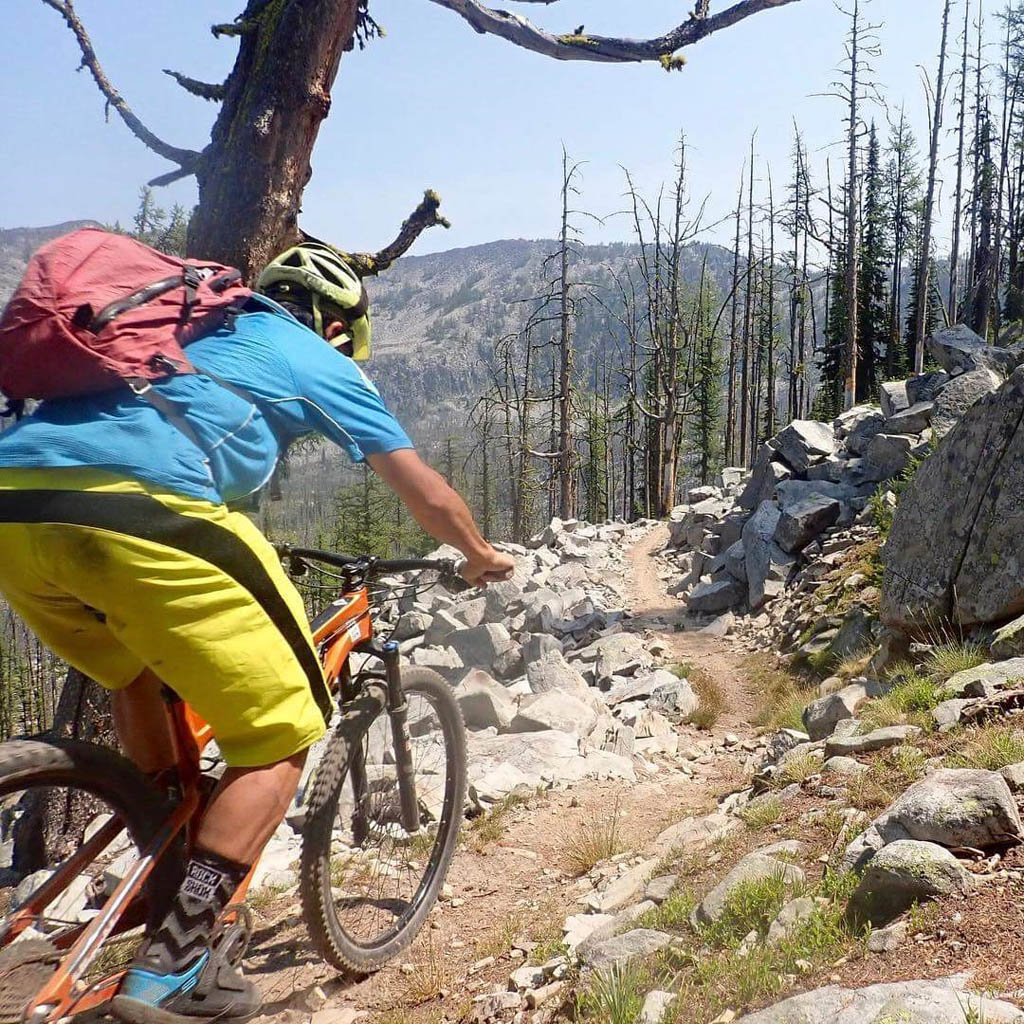 On this day of our trip, 180km (110mi) in the Montana Bitterroots, representing a quarter of the singletrack in the area and some of the best alpine trails, became illegal.

In the spirit of cooperation and goodwill to all, the Wilderness movement obtained a trail closure order banning bikes and motos from a good chunk of US Forest Service lands. We were camping at Como Lake without cell service and only found out about this after aborting a ride due to a rear shock hardware explosion on (the suddenly illegal) Razorback Ridge. This was a shame as Razorback had just recently seen tons of maintenance by mountain bikers following the short-lived re-opening and bike legitimization earlier in the summer.

We made do by heading off to ride the still-legal Crystal Creek trail and found that the quality of trails in the area is still acceptable with a good level of jank and a distinct absence of golden berms. Crystal Creek is a short ride that can be made much longer as part of a route that the BBTC has dubbed “Macho Nachos,” a 43.2km-long ride with 1,200m of climbing and 2,290m of descending, a healthy ratio! 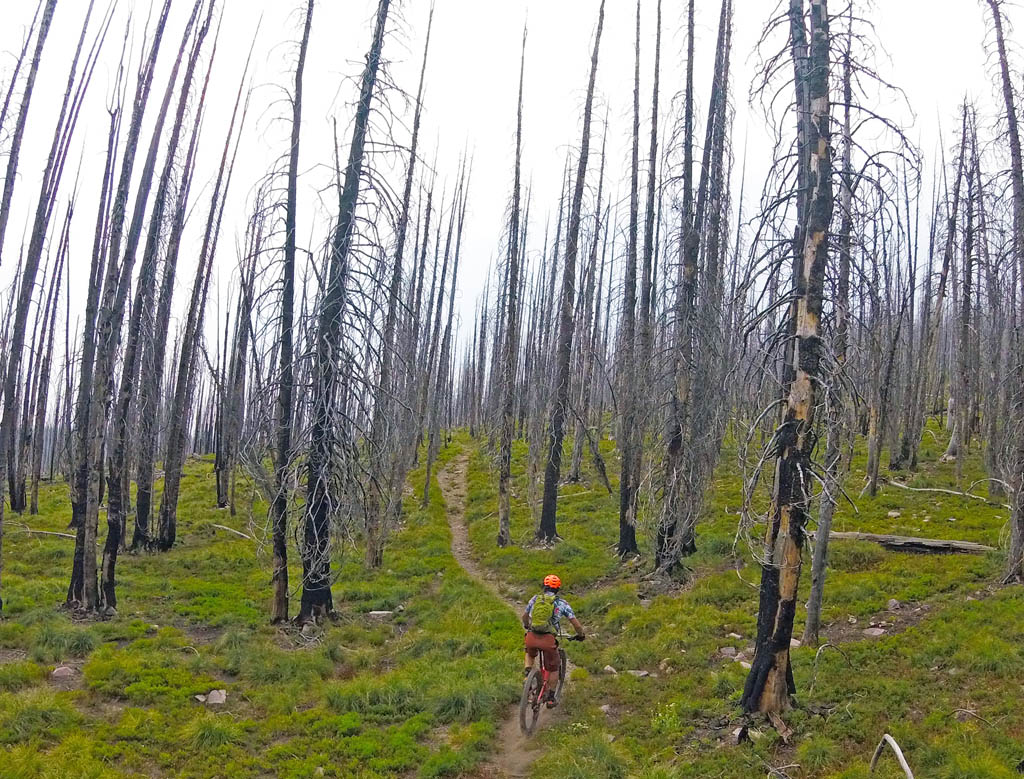 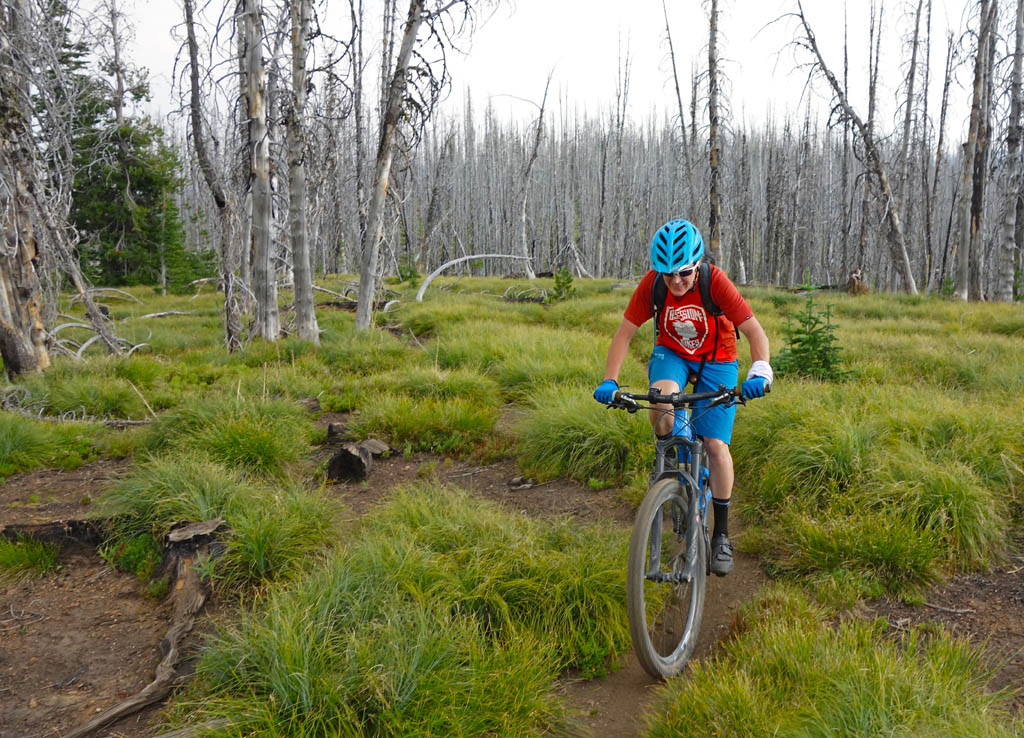 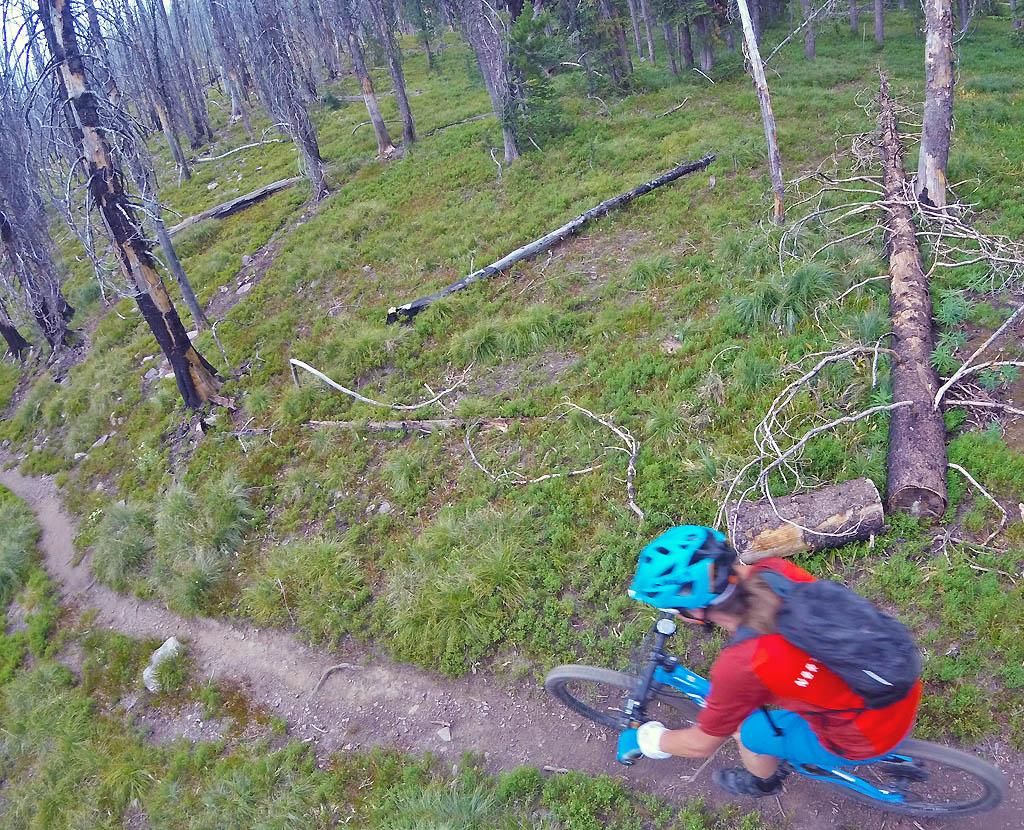 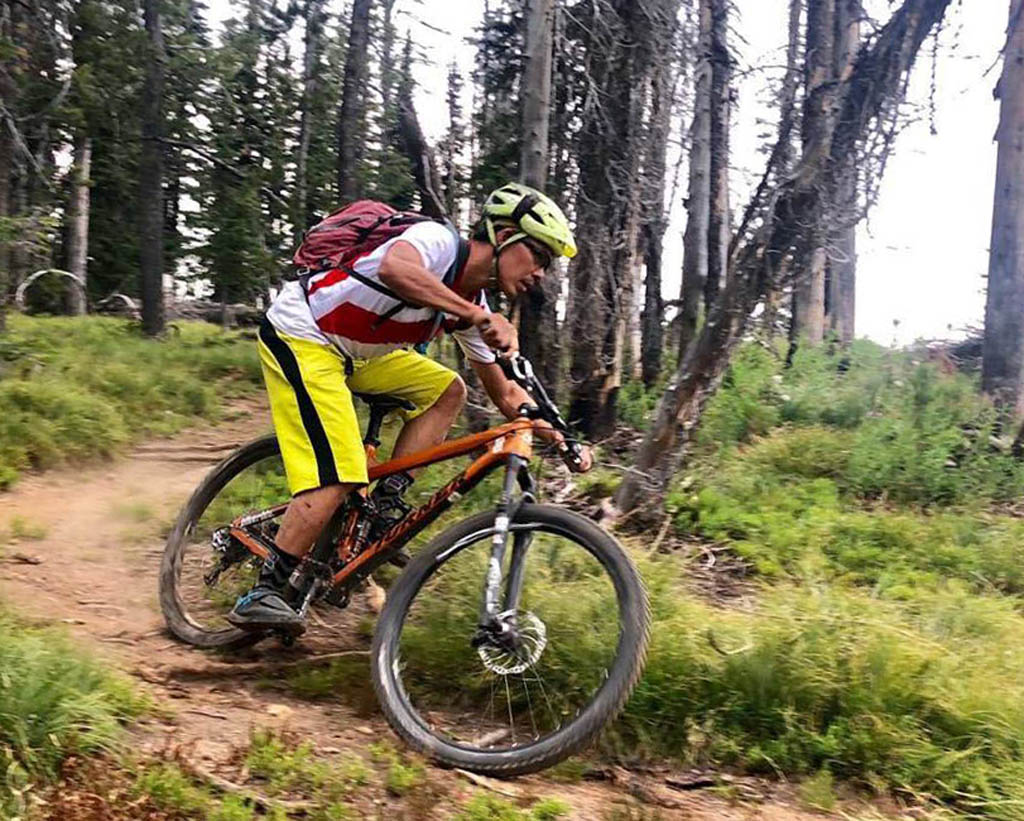 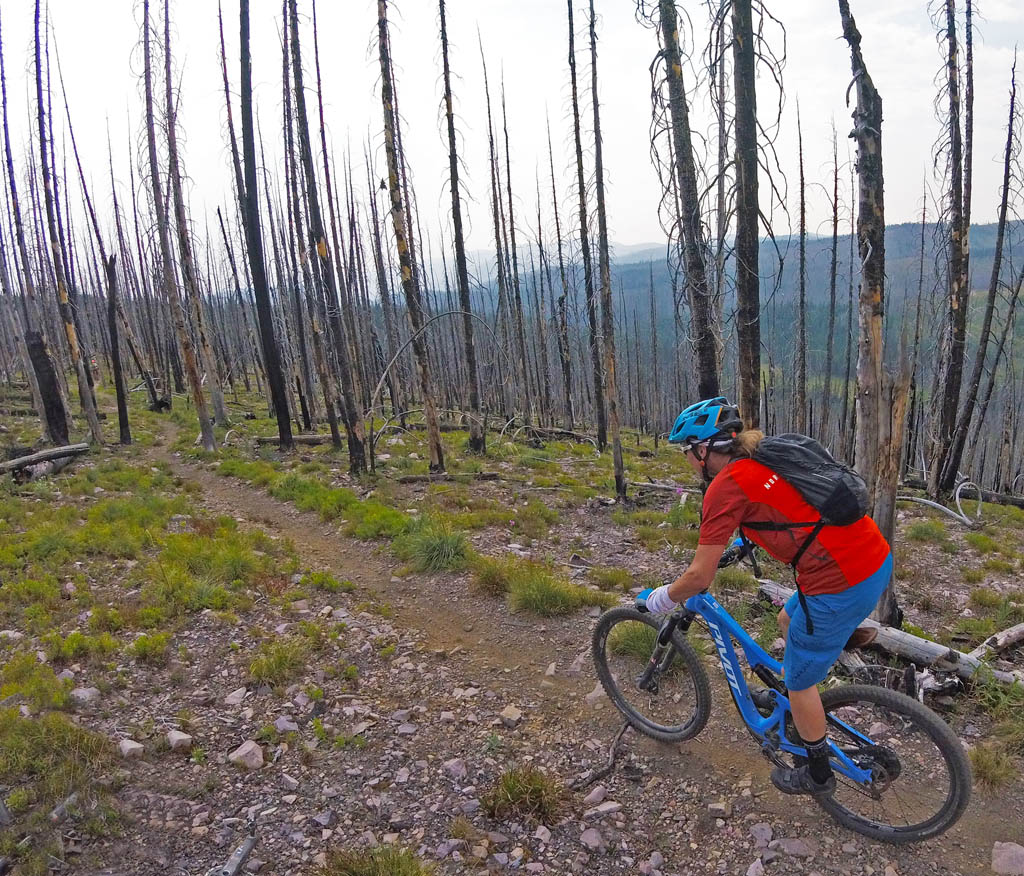 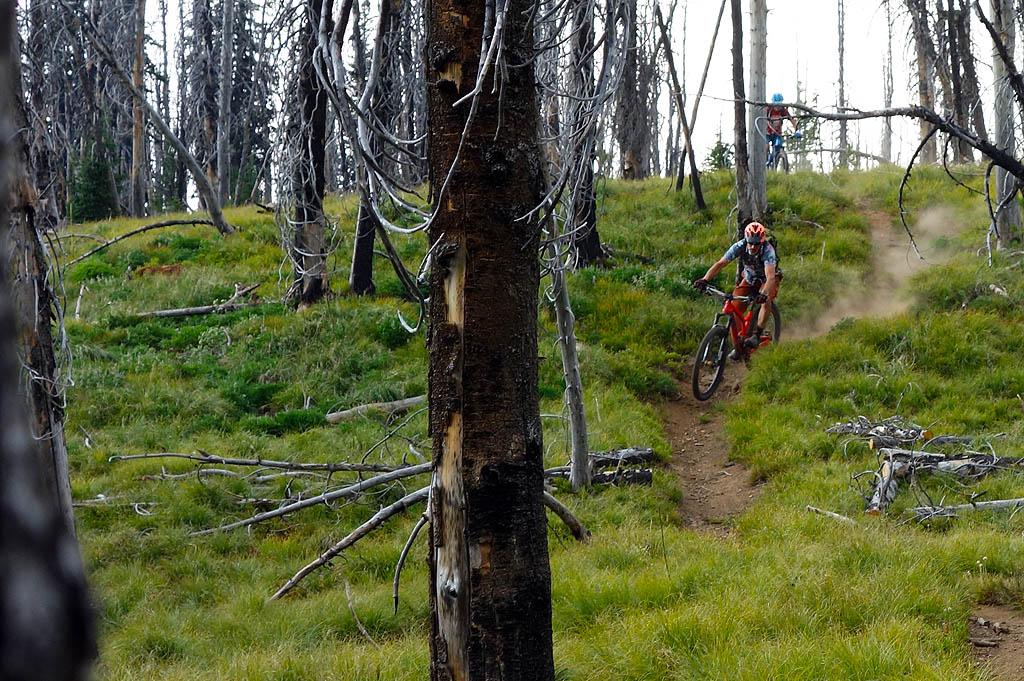 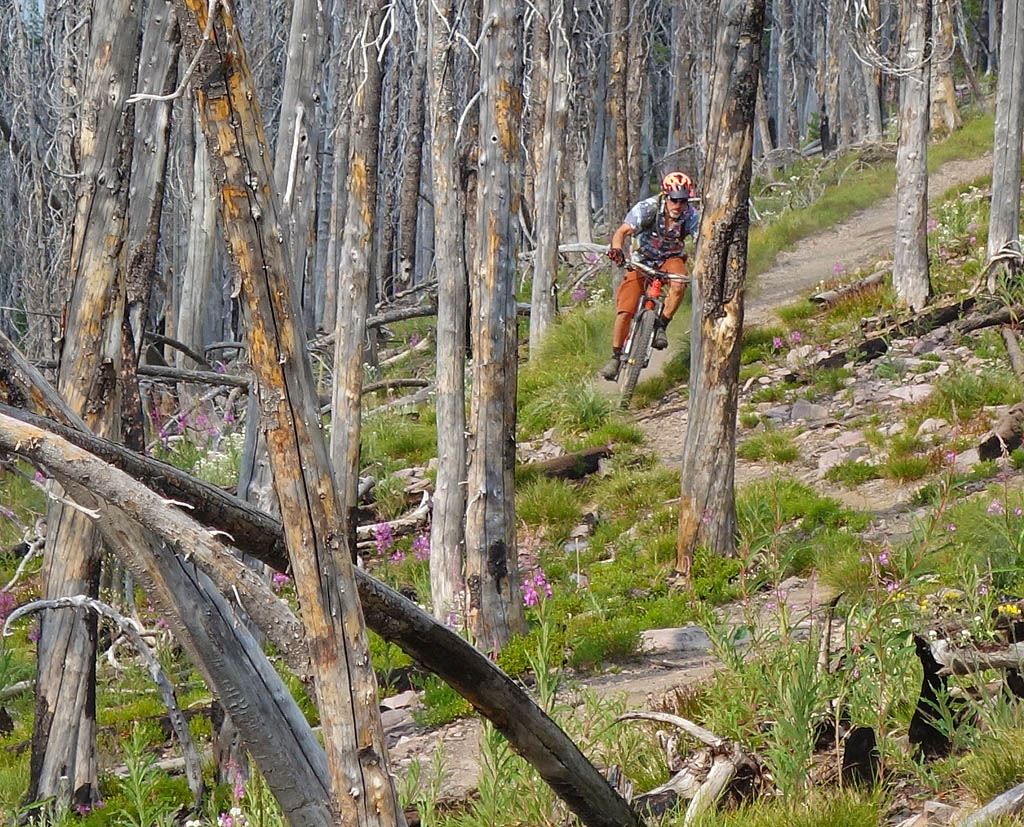 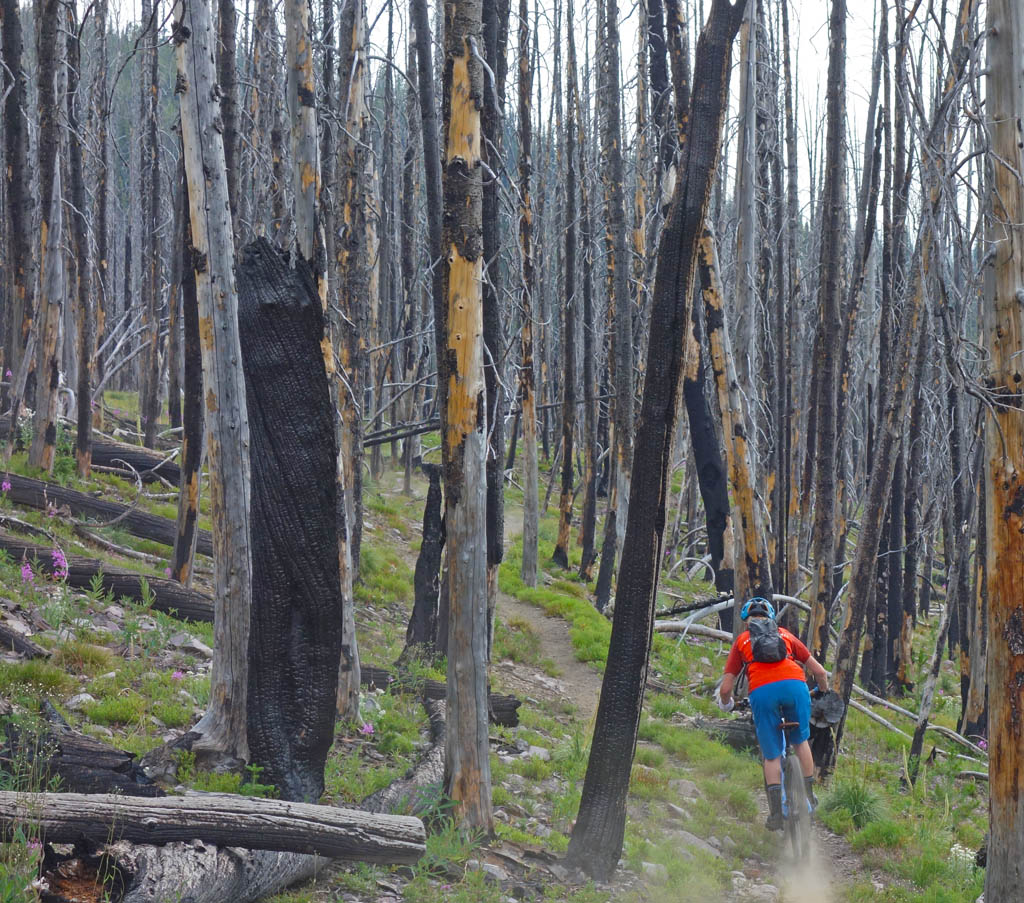 Wilderness and the Bitterroots

Bitterroot trails were re-opened in early July 2018 then subsequently closed in August 10, 2018. In announcing this closure, the Bitterroot National Forest (which is part of US Forest Service Region 1), confirmed that “trails in Bitterroot WSAs are closed to mountain bikes.” There is an opportunity for mountain-bikers to provide comments on the US Forest Service’s decision (comment by November 18, 2018) about closing trails in the Bitterroots. Whether the USFS will be swayed or politely shelve input into G for Garbage is to be seen.

One might ask why these trail are forbidden for mountain-biking? Crowds aren’t the issue; there aren’t enough users in the Bitterroot valley to create conflict. Hamilton is the largest town in the valley with 4,700 people. Missoula has 73,000 people but at 55km away, it’s far enough that riding the Bitterroot trails is a weekend endeavor.

Maintenance isn’t the issue; mountain-bikers contribute overwhelming volunteer resources. Following the month and a half of trails being legitimized for biking, the small (approximately 50 person) Bitterroot Backcountry Cyclists mountain-bike volunteer group managed to put in some 250 volunteer hours, clearing 500 trees and 20+ miles of trail. 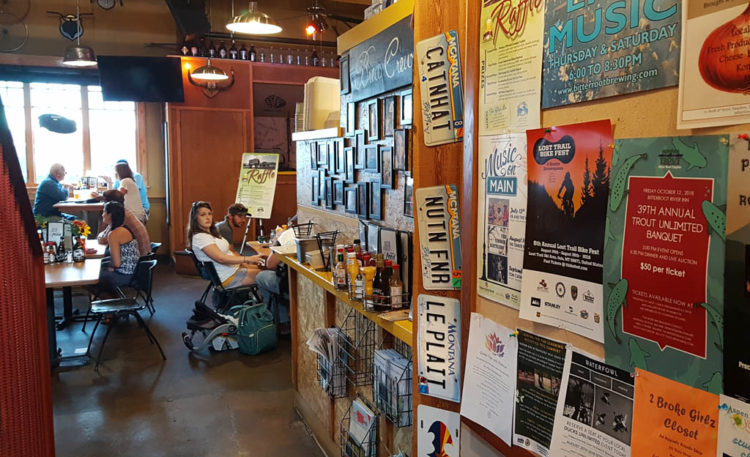 News
The new RockShox ZEB is a Fox 38 Rival
Gear
Do You Color Match Your Mountain Bike and Gear? [Survey]
Gear
MTB Gravity Pants from DHaRCO Just Might Replace Your Favorite...
Beginners
What do you mean 'Better Brakes Will Allow you to...