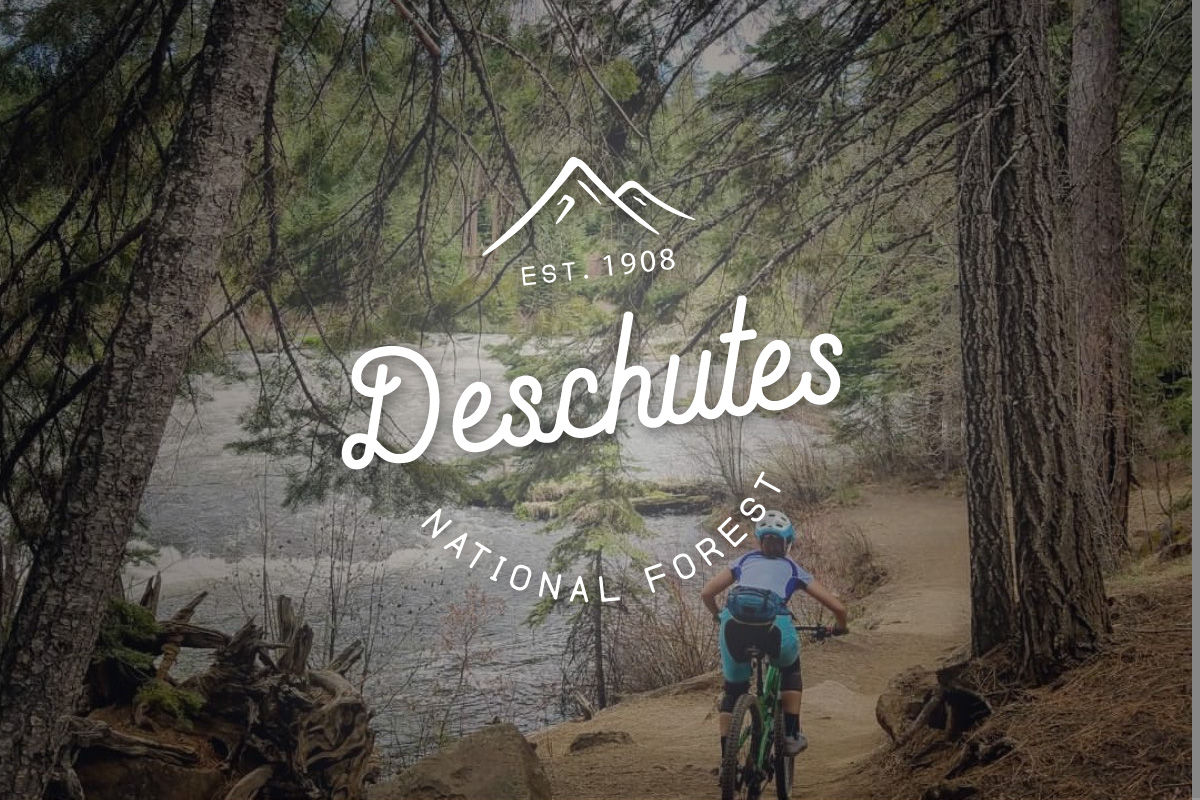 Central Oregon’s Deschutes National Forest is a gorgeous slice of the best of our inland Pacific Northwest, and this marvelous geography is laced with quality singletrack just perfect for sinking your knobbies into. What’s more, the area, anchored in the modern but down to earth city of Bend, is steeped in outdoor culture, of which mountain biking is a key element. What follows is your guide to the best trails in the area, as well as other beta which will make your trip to central Oregon one to remember.

The Top 10 Mountain Bike Trails in the Deschutes National Forest

The area known as Phil’s is huge, loaded with singletrack, and connects to even more distant trails beyond. In fact, different people will give you different definitions of just where Phil’s area ends, but the wise rider doesn’t worry about such arbitrary distinctions. He just goes out and rides… and rides… and rides. While some may wish for more challenge, the miles of mostly buff singletrack through the northwestern woods will put massive grins on most faces. As a final bonus, Phil’s is rideable from downtown Bend, without the need to get in a car.

“XC heaven! First trail(s) I found in Oregon that did not require a long uphill grind for a fast, furious downhill. Lots of good cross country trails with miles of smiles.” -Hap Proctor

Peterson Ridge is a 20ish-mile loop (with options to extend) that makes for a cross country rider’s paradise. The ride passes through dense Oregon woodlands, but when openings appear, the views are jaw-dropping.

The Crater Rim Trail is yet another 20-mile loop, but this one circumnavigates an entire volcanic rim and the two lakes that reside within: Paulina Lake and East Lake. This one ranks very high on the uniqueness scale… and the super fast singletrack is mighty fine as well.

“This is a really good trail–kind of like a dirt version of the Crater Lake Loop. Good climbs, good downhills, and absolutely beautiful.” -Eric Foltz

The Lair is an extremely well-thought-out bike park adjacent to the Phil’s Area. Chief among the Lair’s virtues is its level of progressiveness, allowing riders to step it up without having to make uncomfortable leaps from one level to the next. Developed in partnership with the USFS, this is a success story of public/government partnership.

“Awesome collection of dirt jumps and aggressive freeride features, including a MASSIVE set of jumps for the expert line! This place is no joke!” -Greg Heil

Hmmm… another ride with views of a beautiful lake? Sure, why not? This one passes by multiple lakes and can be ridden either as a loop with a highway return, or an all-singletrack out-and-back, allowing you to check out the lakes from multiple angles.

“More of a wilderness adventure than most of the Bend-area trails on the other side of Mt. Bachelor. Devoid of any man made features it nevertheless provides plenty of challenges.” -Hap Proctor

This state park adjacent to the national forest offers up some of the area’s easier riding, but more advanced riders will enjoy the views of the Deschutes River and the numerous opportunities to take a dip on a hot day.

With a major ski resort sitting on Mt. Bachelor, it should be no surprise the Deschutes National Forest has some quality lift-served riding for you as well. Like any good lift-served bike park, you’ll find beginner-friendly cruising down the mountain and high-consequence-for-failure expert runs. Watch out for the jagged lava rock, which can be very unforgiving.

“If you’re within a few hours driving time, I suggest you ride here. Two chair lifts and nice, well-maintained trails, of all different shapes and sizes.” -Maksfawster

While located a long ways from the trailhead, Tiddlywinks is still technically accessible from Phil’s Area, but it’s so good, we just had to give it it’s own mention. This trail is generally buff and freaky-fast, but also has a wealth of features, both natural and man-made, to keep riders entertained. This trail is far more fun than the game it’s named after.

This is another trail of its own accord that ultimately connects to the Phil’s Area. The Deschutes River forms much of the eastern boundary of the Deschutes National Forest and its namesake trail makes for a non-technical but very pleasant streamside meander. This is a good place to take your non-riding significant other or inexperienced child. The trail also sees many other trail users, so it’s fortunate you have the views to keep you interested while keeping your speed in check.

“This trail is easier than I usually ride but if flows so well and passes through such a variety of great country, from rapids to nearly still water, from meadows with views of snow capped peaks to tree-lined trails, and is [such a] well kept secret that I had to give it a high rating.” -MartyHeinrichs

The Edison Lava Trail is eight miles of fast and furious fun weaving through a mix of deadfall and tire-shredding pumice stone. Like many area trails, this one can be added onto a Phil’s ride for some serious mileage.

“The first big mountain bike ride I did, so [it’s] always a fave. ATV use on the East side has increased, which has degraded and widened the trail. The West side dropping to Lave lake is still great, and the portion between Edison Snow Park and where the ATV use begins has gotten better with trail work and minor rerouting. [I] recommend either [an] out-and-back [from] Edison to Lava Lake, or looping Bachelor via singletrack to Bachelor and jeep trail between Edison and Bachelor.” -ACree

The Pacific Northwest has always been a hotbed of volcanic activity, and the Newberry National Volcanic Monument provides an excellent opportunity to study this fascinating geology. While visiting Newberry, be sure to check out the very impressive Lava River Cave.

Enjoy a trail of a different sort by pedaling Bend’s Ale Trail, a tour of as many of Bend’s 15 breweries as you can visit! Don’t worry, you can take as many days as you’d like to complete the journey.

Bend is rated by Fly Fisherman Magazine as one of the top 10 fly fishing towns in the United States. But with so many lakes, streams, and rivers, the area is equally open to your standard rod and reel as well. Whether you hit the water in a boat or hip waders, the Deschutes National Forest gives you more options than you can shake a rod at.

Tumalo Falls is an impressive 97-foot-high waterfall on Tumalo Creek, due west of Bend.  There is a USFS day use area with easy access to views of the falls, along with hiking-only and bike-legal trails in the area.

Paddle Boarding has gone from an unknown pastime to a major sporting activity in just a few years. With the beautifully-calm Deschutes river and an abundance of equally-calm, gorgeous, sapphire blue lakes, the Deschutes National Forest is a paddle boarder’s paradise.

The Deschutes National Forest is positively loaded with campgrounds, none of which are bad, so you can’t really go wrong. Nevertheless, here are five good bets.

Close to Bend and adjacent to the Deschutes National Forest, with easy access to Bend- and Sisters-area trails, Tumalo State Park makes a convenient and well-appointed base camp for Deschutes adventures.

Splitting the distance between La Pine State Park and Wickup Reservoir, Bull Bend sits in a beautiful bit of land surrounded by a nearly 360-degree bend in the Deschutes River.

Not only does the Spring Campground provide easy access to mountain biking, it also has widely-spaced sites and access to a long, sandy beach on the shore of beautiful Crescent Lake.

Paulina Lake is one of the two adjacent crater lakes sitting within the Newberry National Volcanic Monument, making for a beautiful place to set up camp while visiting the Deschutes National Forest.

Sitting further north, nearer the Sisters end of the Deschutes National Forest, the Lower Bridge Campground greets its visitors with the beautiful Metolius River and a forest of massive pines and cedars.

3 Most Notable Events in the Deschutes National Forest

Looking for even more challenge? Sign up for this grueling dirty century with close to 10,000 feet of climbing.

This film festival focuses on short films about biking around Bend, so it’s not Sundance, Cannes, or even Banff, but if you want to immerse yourself in the bike culture of an area with fantastic bike culture, this is an excellent place to do so.

The Top 5 Bike Shops Near the Deschutes National Forest

One of the great things about Bend is the sheer volume of bike shops given the size of the city. Other than specific bike destinations like Moab, the per capita number of bike shops in Bend probably exceeds anywhere in the United States. Even if you’re up the road in much smaller Sisters, you’ll find a couple there as well. This region’s bike-happiness benefits the local and the visitor alike.

If you’re in Bend without a bike, head straight for Hutch’s, which has the largest and most diverse rental fleet in the area. They can also take care of all your other mountain biking needs.

Not only does the Hub have bikes and beer, the beer is always fresh on tap. If you’re looking to rent something other than the usual Trek/Specialized, they can also hook you up with a custom-fitted boutique brand bike or a fat bike in the winter.

Combining a bike shop with a coffee shop–or even a beer hall–isn’t all that uncommon these days. Crow’s Feet Commons steps it up another level by bringing in live music as well.

If you’re hitting up the northern part of the Deschutes National Forest, the Blazin Saddles bike shop, which sits just a block off the main drag in tiny Sisters, is your bike stop.