I begin writing with a thought on mind that may be on yours, too: “I’m not in the shape I used to be in.”

I came to mountain biking by way of road cycling. (I know, I know.)

Two summers ago, I was doing course recon for a stage race when I encountered gravel on the shoulder of a winding mountain descent outside of Boulder, Colorado. The gravel turned to sand, which catapulted me over my bars at 36mph into the guardrail that separated the tarmac from the canyon below.

When I came to, I had broken a collarbone, a shoulder blade, and four ribs—and punctured a lung. 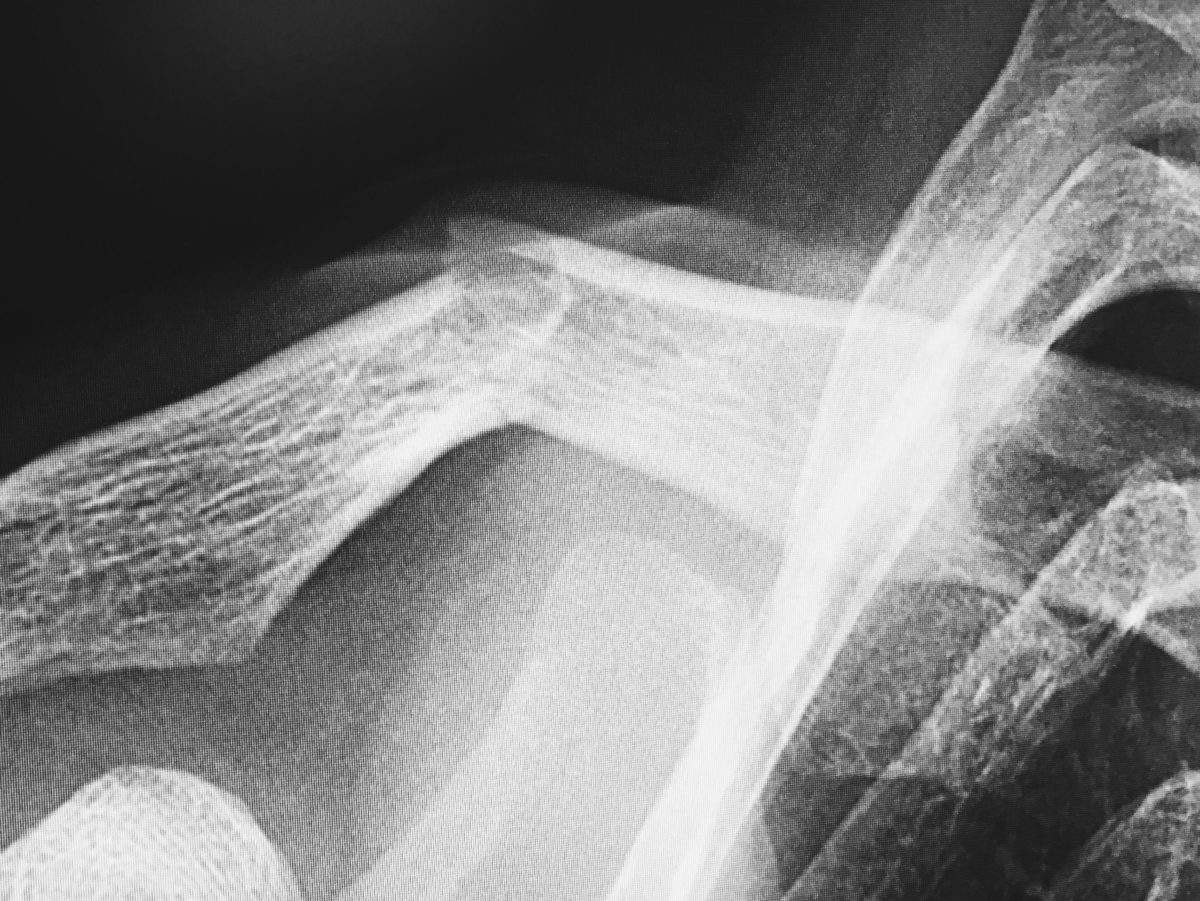 My recovery went more smoothly than anyone expected, but when I returned to road cycling, it was without the passion I’d had before my crash. And without that passion, my fitness dwindled.

Your reason may be different, but here we are in the shape we’re in.

One reason I signed up for my first endurance XC mountain bike race, the Marji Gesick, was that I couldn’t believe the race is as hard as everybody says. The more times I hear it is, the more I realize I may be in over my head.

But I’m excited to know that the other reason I signed up for my first XC endurance mountain bike race will not have been for naught. Training for a race like this will almost certainly bring back that fitness.

Before we continue, I think it’s important that I get something off my chest: I am not a trainer or a coach. Some days I wouldn’t even consider myself an athlete. But I have always believed that our bodies are capable of more than we give them credit for, and that with the right amount of training, there’s nothing we can’t do (or at least there is no contest we can’t limp through).

Here are the steps I’ll be following to prepare for 100 miles of pain this September—and how you might prepare (or be inspired to prepare) for a little big suffering of your own.

Identify your goal, and then make another one. I’m the kind of guy who is better motivated by a looming deadline than by the prospect of the work itself, so my training begins with choosing an event to train toward.

There are several types of endurance races to choose from, from [insert number of hours] in [insert name of place] team relays, to multi-day stage races, to one-day epics. Choose an event that’s at least six months out to ensure you’ve got plenty of time to build a base, increase your mileage, and be well rested and ready come race day.

I mentioned already that my target event will be the Marji Gesick, a 100-mile race in Michigan’s Upper Peninsula. But beyond planning to complete the event, I’d like to set a performance-based goal, too.

If you read my previous article on the race itself, then you know that an average of 60% of riders each year don’t even cross the finish line. I’d like to be in the top 25% of the riders who do. If the 2017 results are any indication of what’s to be expected of 2018, then I’m aiming for a completion time of about fourteen hours and fifteen minutes.

Now I’ve got something to aim for.

It’s time to get out the calendar. Race-specific training plans are available online for just about every large mountain bike competition. Sure, I could just grab one of those, but that would make this a really short article, so I’ll be building my own from scratch.

According to an article on the TrainingPeaks blog, the first 12 weeks of training (nearly half the total training time) should be spent on base miles. This is the time to establish a solid foundation of endurance, which will allow the rider to endure long days of training a few months from now. But it also ensures the rider has completed the necessary miles come race day.

Twelve weeks marks the end of the first phase and the beginning of the second, which is focused on “increasing your threshold and anaerobic capacity”—essentially your ability to go harder for longer, with special attention paid to the types of efforts your event will require of you.

I tracked down a handful of riders from past Marji Gesick races and looked at the elevation profiles of their logs on Strava. Because the profiles show an almost unending cycle of short, punchy climbs, I know I’ll want to spend phase two of my race plan focused on repeatedly tackling short, punchy climbs until my lungs fall out.

According to TrainingPeaks, phase three is all about fine tuning the skills and attributes necessary to excel on-course. In addition to the short punchy climbs I’ll already have been preparing for, the trails of northern Michigan are home to quite a few unpredictable rocks and roots.

All the while, I’ll want to be increasing my mileage as I approach race day.

To build out the actual training plan that will take me to Marji, I used the TrainingPeaks ATP tool, which automates the training plan building process with a few simple inputs (base fitness, average training time per week, and any target events). With my 100-mile race just 29 weeks away, I self-reported my fitness level as “weak,” with an average of 14 hours per week to train. With those data points, my training plan looks like this:

According to my plan, I’ll spend my first few months of training on base miles. By July, with a solid foundation in place, I’ll begin focusing instead on the aspects of riding related to climbing (things like power and anaerobic endurance). By early-September I’ll be ready to taper, which will put me in a good place for the race in late-September.

Get creative with your definition of “workout.” Training to race 100 miles is no small feat, and although the upfront investment is minimal, it will eventually require at least a few long days of riding in the final weeks leading up to the event.

I work in a job where it can be difficult to predict the amount of time I’ll have to spend at the office, with one week being a standard 9-to-5 and the next more closely resembling a 7-to-11. (Not exactly conducive to a highly methodical, well structured training plan.)

But I’ve also got the benefit of living roughly 17 miles from the office with several very bikeable road and trail network connections. Rather than trying to fit another couple hours of training into an already hectic schedule, I’ll make a commute-by-bike the bulk of my base miles, adding longer, more adventurous rides on weekends when I’ve got the time to plan and get out for them. It’s not glamorous, but it’s the kind of creativity I’ll need if I’m going to make weekly mileage goals without having to hop on the trainer.

Find a few tests and milestones along the way. I’m a competitive person by nature, so I wouldn’t be able to help myself from entering a few races throughout the course of my training, even if I knew they’d be detrimental to my progress. Lucky for me, these races are a great way to gauge progress and identify any last-minute deficiencies in my fitness.

No matter when your event, chances are you can find another slightly less epic one a month or two prior—one that’s perfect to test your mettle. If you need help tracking one down, try the Singletracks list of mountain bike races and events across the country.

Have fun. Unless your jersey is lined with high-profile sponsors who know you by name (in which case I’m almost positive you’d throw my above novella on training techniques out the window), racing bikes is probably a hobby for you. Don’t forget it—and have a freakin’ blast.

If nothing else, when all is said and done, at least you’ve got your fitness back.

Progression
FKT Record Holder and Coach Rab Wardell Shares his Tips...
Progression
This Weird-Looking Device Claims to Treat and Prevent Arm Pump
Culture
I Ride Alone: The Origin, Evolution, and Devolution of a...
Progression
Unleash Your Inner Beast: Why You Need to Do an...

I too am planning to use commuting to get in extra rides, miles, fitness, etc. The part I am struggling with is there are about two miles of single track down the hill into the city and multiple routes that I can take. However, I can only cleaned the first section. There are some really punchy climbs and it is very narrow further down the hill.

I am thinking if I choose to do it, I need to ride without a backpack. So, I will have to leave cloths and computer at work. More planning for me means less likely to happen.

Good luck with the Marji! I’m a southern Michigander and it’s almost a swear word at some Local Bike Shops — “you’re doing the MARJI?” I know a few folks who’ve done very well in this race, and they all say this is among the very nastiest endurance races out there. If you want to be top 25, it’s best to prepare with a few other 100-mile endurance events first and plan a few 100-mile singletrack Saturdays in advance. Most DNFs at Marji are because of fatigue (lack of preparedness), mechanicals (tough tire casings needed in particular), and pushing too early in the race.