Full disclosure: I’m a big fan of merino wool. I’ve never found any other material that’s as comfortable in a wide range of temperatures. Let me clarify: there are synthetic fabrics that are faster-drying and wick moisture better, but where merino wool routinely outperforms them is by keeping me comfortable even when it’s damp–aka nearly every mountain bike ride that involves climbing.

I tested the Velocio Powerwool LS base layer on numerous rides to get a feel for how it works as a base layer in cool weather.

First, the fabric is not pure merino wool. It’s a blend of superfine 15 micron merino wool and polyester made by Polartec. Polartec is practically a household name in outdoor clothing, so if you don’t recognize the Velocio brand, know they picked an industry leader for their fabric. 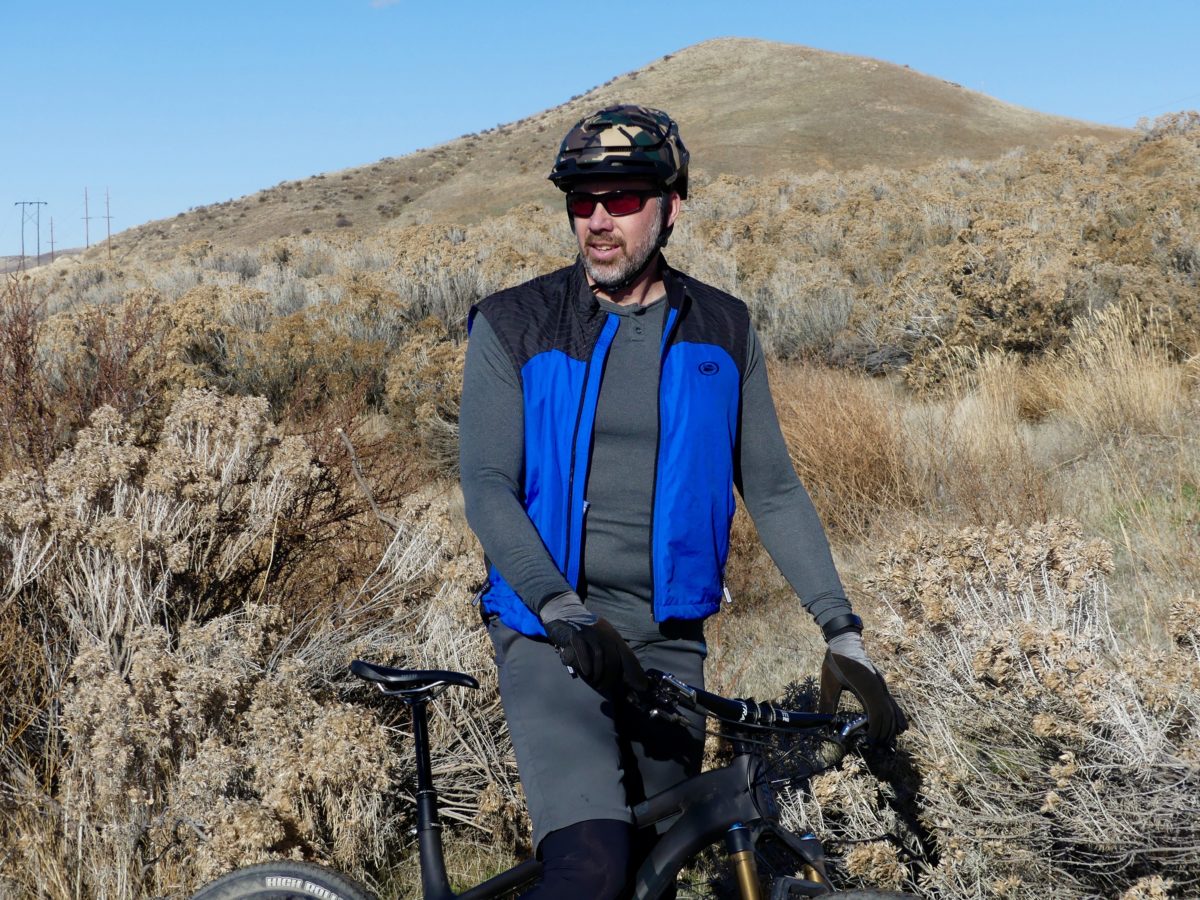 The fabric is soft and smooth. Draw a line between 100 percent merino wool and polyester and it falls nicely in between the two. This shirt is pleasing to the touch and cozy when you put it on. The seams are flat and unnoticeable when you’re wearing it. 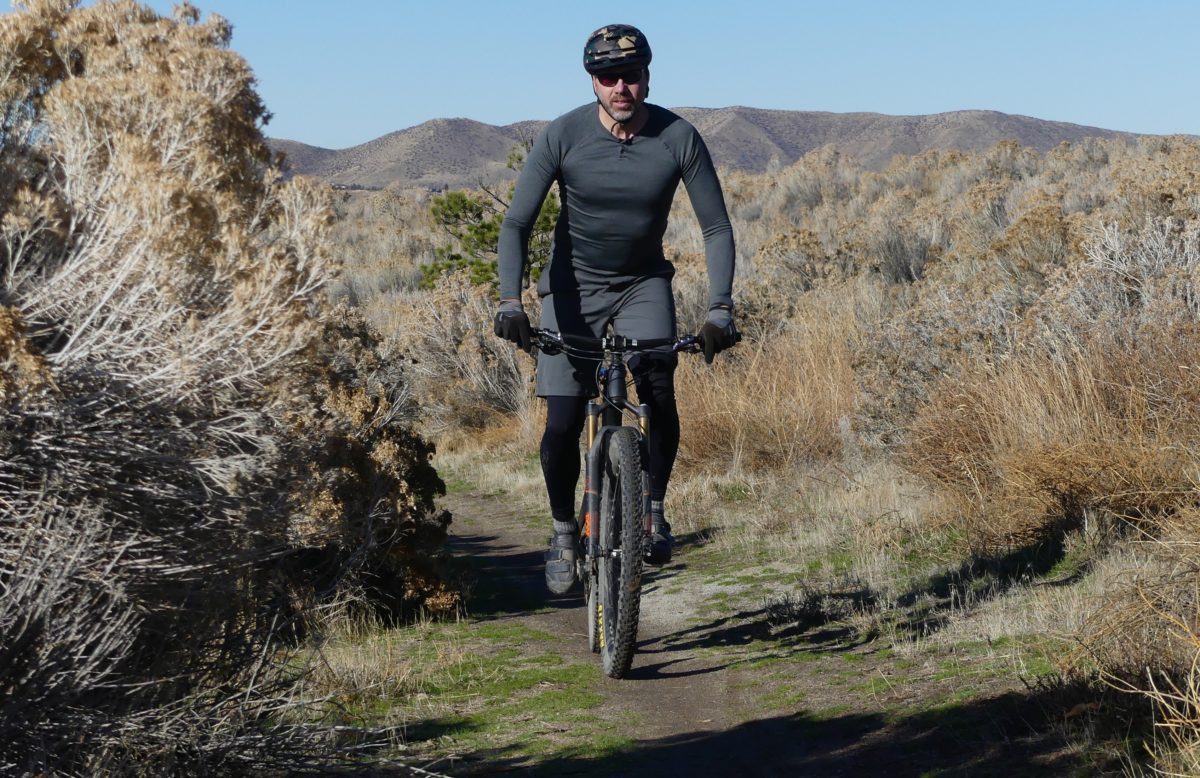 At first glance, I thought someone had mistakenly sent a women’s large rather than a men’s. Held up next to merino wool shirts from several other companies, it was smaller, so I double checked the size chart on the website. The chart said I was within the range of a large, but closer to an XL. I found the cut of the Powerwool to be too tight for my personal build.

Despite the tight cut, the Powerwool base layer was plenty long in the back and in the arms. While riding, it never crept up past my wrists or rode above the waistline.

My first ride was on a 39-degree morning, and I wore a mid-weight jersey and windbreaker vest over the Powerwool. I was cool to start, but warmed up as expected on the first climb.

The temperature rose into the mid-40s during the ride. I stayed comfortable but felt a little dampness creeping in. I could have easily shed the vest, but I decided to see how the Velocio would handle the warmer temperatures. At the end of the ride, I was noticeably damp, but I never felt overheated or chilled during the ride. No complaints considering I could have shed the vest and probably alleviated some of that dampness.

I kept the Velocio on at home. Within a half-hour of normal wear, it was dry, and I wore it comfortably for the rest of the day. The blended fabric dried faster than pure merino wool.

After getting a general idea of its temperature range and how to layer with it, I wore the Powerwool several other times in temperatures ranging from the high 20s to an unusually warm, sunny, late-fall day where the temps hit the low 50s. 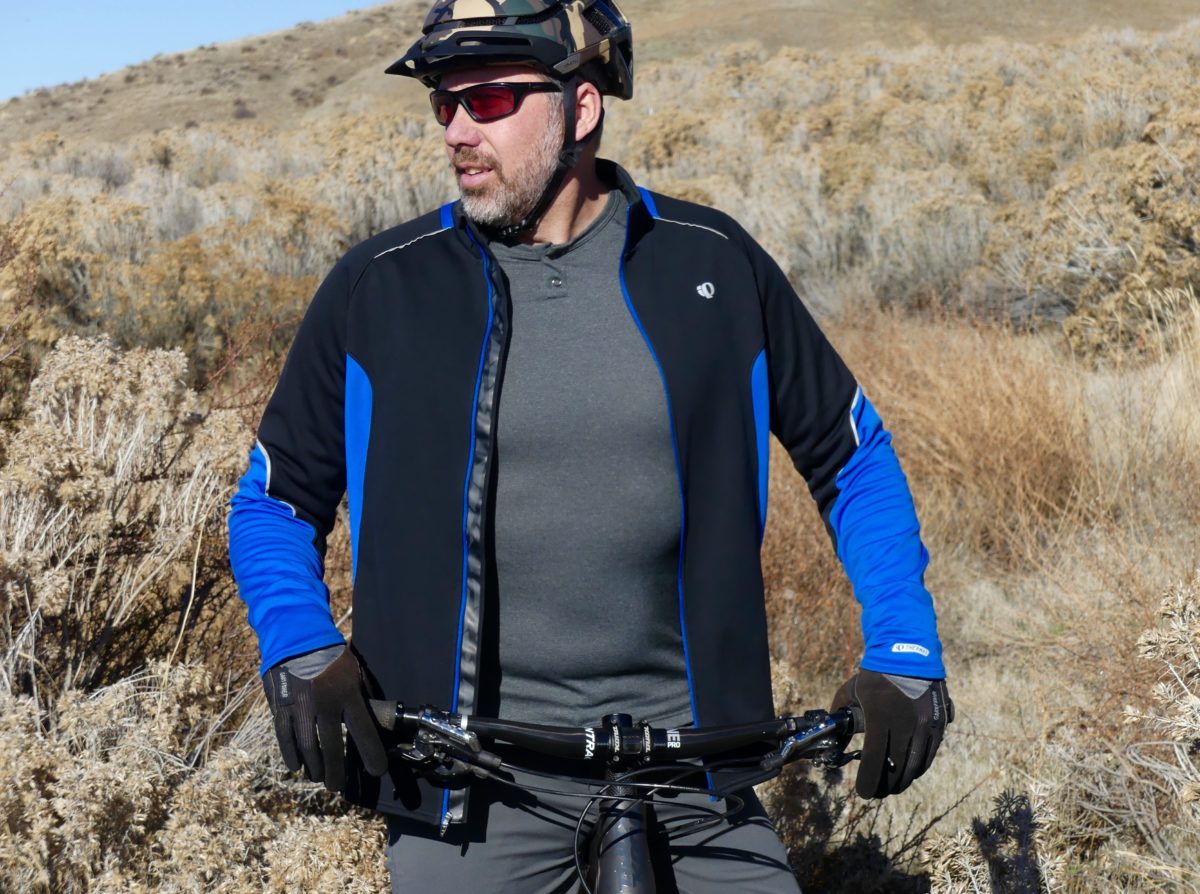 The Velocio Powerwool is an excellent base layer for cool/cold weather. On cool days, I wore it under a jersey, and on colder days I wore it under a midweight cycling jacket. In both cases, I felt a little dampness creep in, especially on sustained climbs, so you want to wear a very breathable outer layer. However, I never felt overheated or chilled, which confirms why I like merino. It keeps me in my comfort zone better than synthetics, and I know if it eventually gets wet, I won’t feel cold or clammy.

All of these factors make this a versatile base layer that can be used for much more than mountain biking. After riding, I didn’t hesitate to wear another shirt over it and wear it all day. I can easily see using it for everything from mountain biking to motorcycling, from ice fishing to snowboarding.

I do have one final quibble: I was unimpressed with the Henley buttons, which seem more cosmetic than functional. Unbuttoned, there’s about a 2-inch split in the neckline, which doesn’t increase ventilation enough to make a difference. 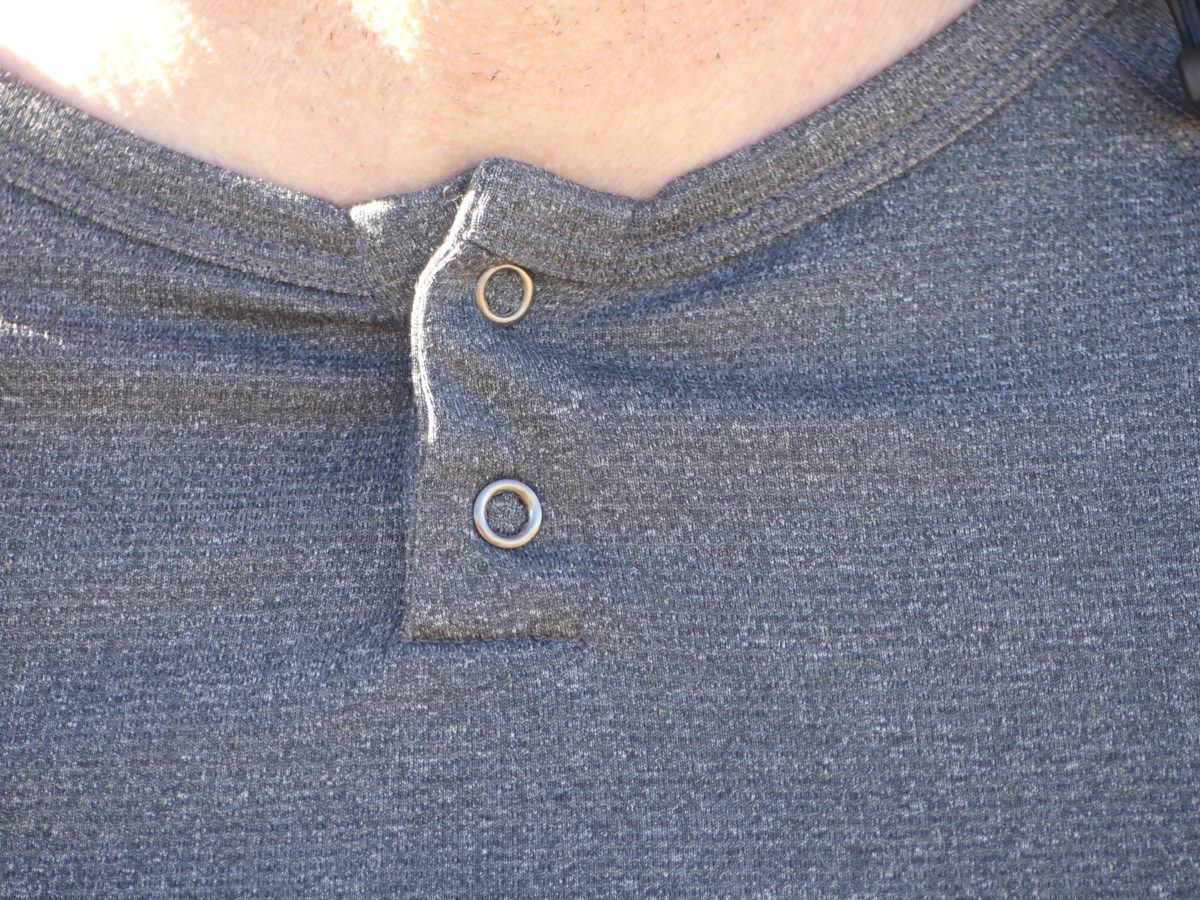 Overall, this is a top-quality base layer. At about $120 retail, it’s not inexpensive by any stretch, but considering I have well-used merino tops that are over a decade old, I consider any merino base layer a long-term investment in comfort.

Thanks to Velocio for providing the Powerwool LS Base Layer for review.