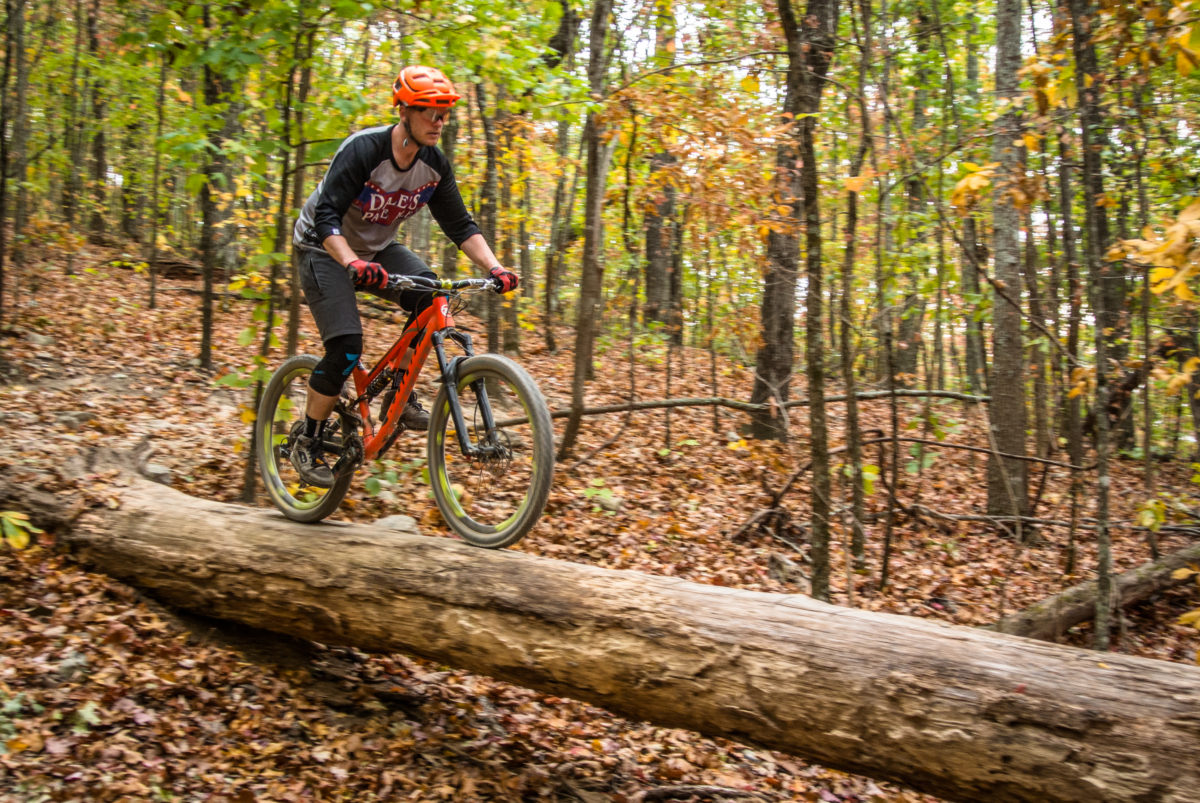 Many of you are likely un familiar with the TRP brand. Essentially, TRP is the premium marque of parent company Tektro–whom you’ve no doubt heard of. When building up my (all)road bike last year, I chose a set of TRP’s Spyre mechanical disc brakes after they came highly-recommended by my buddy Chris Tavel at Loose Nuts Cycles in Atlanta. Those brakes have been nothing short of excellent, so when TRP reached out to see if we wanted to test a set of their mountain brakes, I was eager to give them a go. 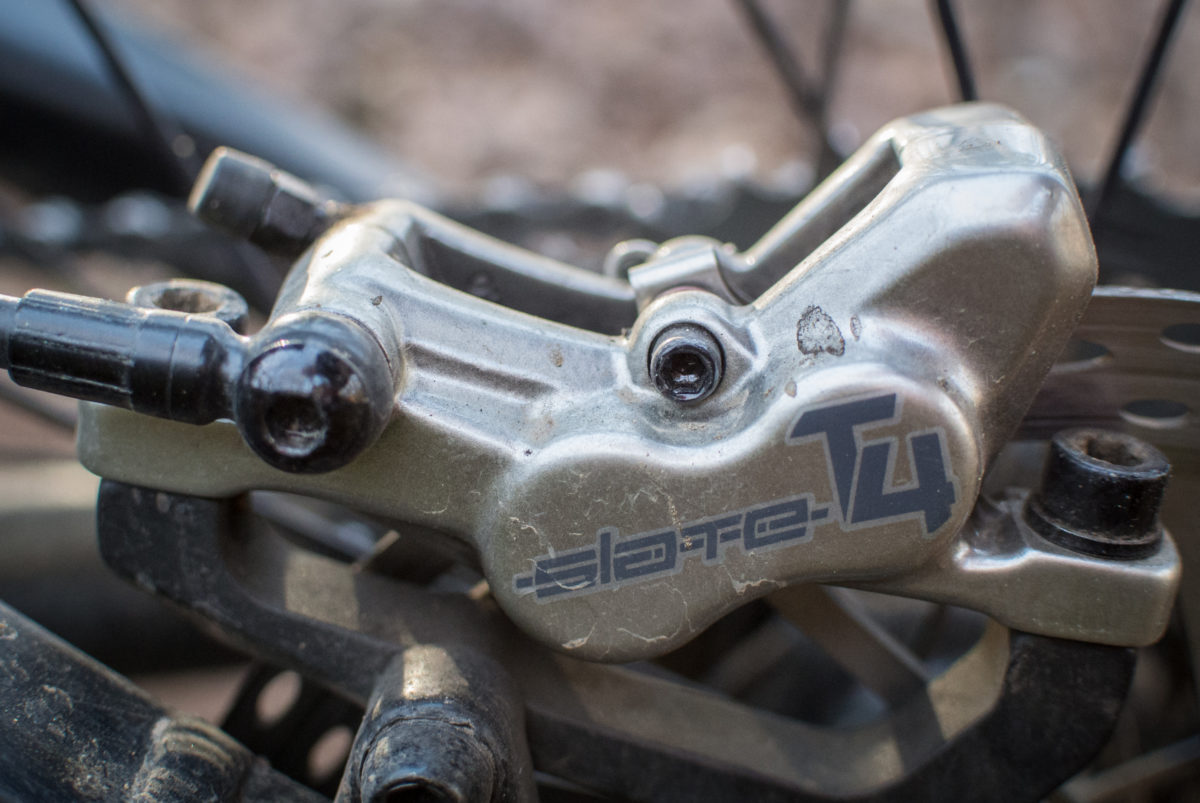 The Slate T4 brakes use four pistons; as such TRP claims they’re strong enough for “full on DH.” Swapping out pads is easy thanks to the top-loading design. There is room at the caliper for finned pads as well, although TRP doesn’t offer them for sale. However, Shimano’s Saint or Zee pads will work on the Slates. Also, like Shimano’s brakes, TRP uses mineral oil instead of DOT fluid. That’s a big plus in my book, as DOT fluid is nasty stuff.

A split-hinge clamp is used on the lever for easy installation and removal. The brakes are I-Spec B compatible–meaning a Shimano shifter can be mounted to the brake lever to cut down on cockpit clutter. The lever blade itself is compact and dimpled for extra grip. Both brakes came with plenty of extra hose, so it was necessary to trim the excess for a tidy look. Thankfully, after I cut and reattached the hoses, the levers still felt great. No need for a bleed. Should a bleed be required, the process is nearly identical to–you guessed it–Shimano’s.

The brake lever itself is a little longer, a little less kinked, and a little broader on its face compared to Shimano. Lever reach can be adjusted via a 2mm hex. Despite having large hands, I did need to bring the levers in quite a bit from their stock position. Not a big deal at all, they just have a very broad range of adjustment.

Weight is around 270g per side. Pricing is $120 per wheel for the black brakes; opting for the silver color adds $10 to the pair. Rotors will need to be purchased separately. 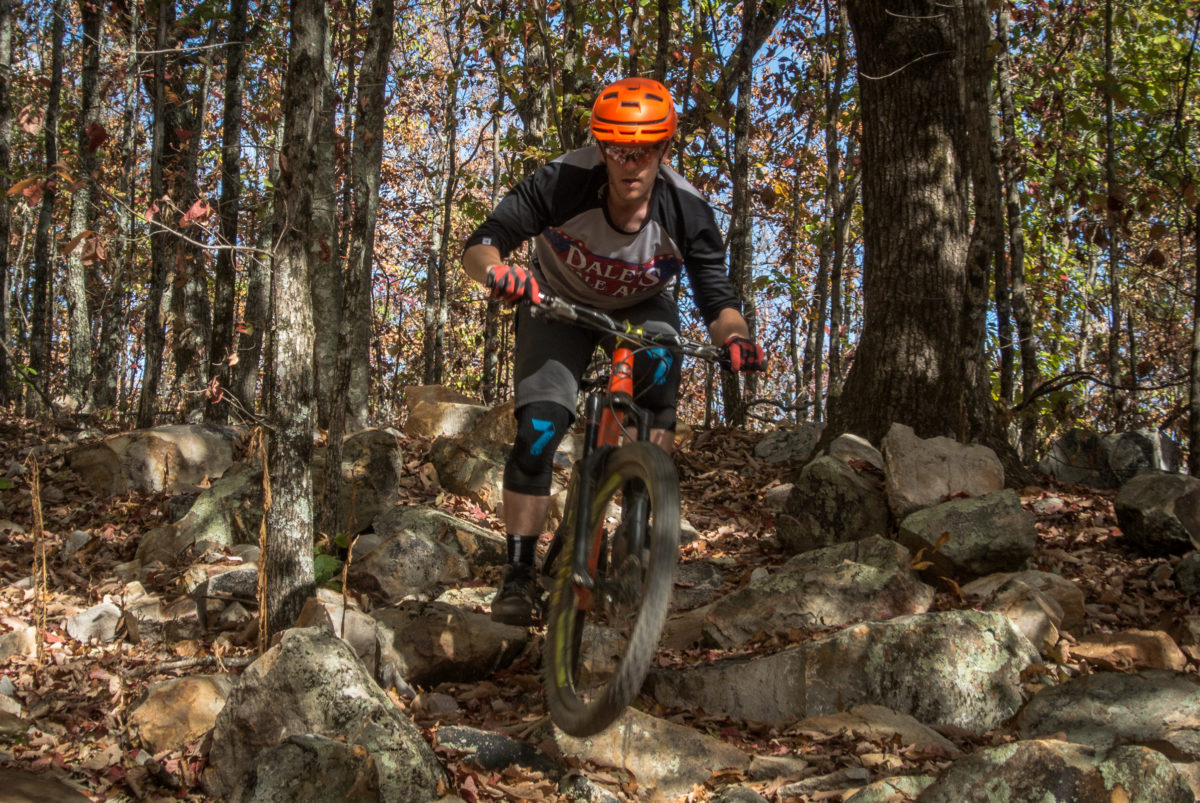 After bedding in the pads, the Slates provided ample stopping power. Throughout the test period the brakes remained consistent in feel at the lever. There was no pumping up or excessive fade on long descents. What I liked best about these brakes was their modulation–it rivals SRAM for ease of feathering. The lever shape was comfortable for one-finger braking, and the dimples on the face were a nice touch.

In terms of sheer clamping force, they felt just a tad less powerful than SRAM’s Guide brakes, but not drastically so. I never worried about whether or not they had the power to slow my large self down.

We had an unusually dry winter here in Georgia, so I wasn’t able to test them much in wet weather. That said, I did get them out on a couple sloppy rides and rolled through plenty of creeks. Even wet, the brakes remained quiet and smooth. The stock semi-metallic pads have fared well, with plenty of life left in them.

One thing to note is there is a little play between the pads and the caliper. Holding the front brake tight while rocking the bike back and forth, I could feel a slight wiggle. It took me a minute to sort out what it was. At first I thought the rotor or caliper was loose, but that wasn’t the case. It doesn’t affect the performance of the brakes, and it’s not noticeable if you’re actually moving, just in one very specific scenario.

Comparing them to the two most popular trail brakes out there–Shimano’s XT and SRAM’s Guide–I would say TRP has a real contender with the Slate T4. In terms of ultimate power, they are very close to the Guides, but behind the XTs. Personally, I don’t care for the feel of the XT brakes, though. There’s a bit of deadband in the lever, and then all the power comes on at once. I find myself locking up the rear wheel (unintentionally) when riding Shimano’s brakes. Compared to the Guides, the modulation on the Slates is every bit as good–I’ll trade a little power for better modulation every time. In terms of weight, they’re in line with XT, and lighter than Guide. And price wise, they come in around the same as Shimano’s and slightly less than SRAM’s.

Thanks to TRP for providing the brakes for review.