I already have–and will again–apologize to Enve’s PR guys. Have you ever read something online or in print and just said, “no way”? Well, I was one of those people. Ever since I was a kid, the bicycle rims that I used had hook beads. Some were more pronounced than others, but the hook was always there. When I first saw the new hookless M-series wheels from Enve, I thought they had lost their minds. 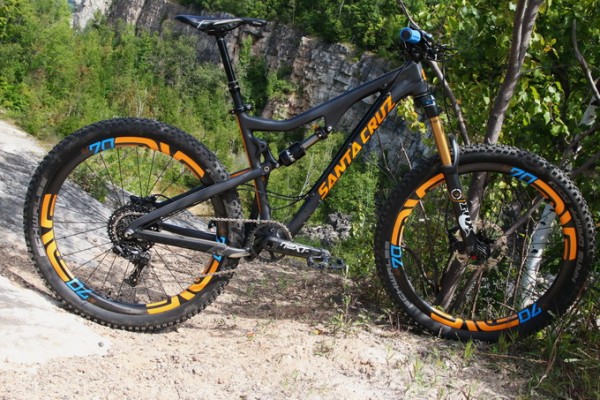 I’ve been testing a set of the new Enve M70 Thirty wheels built up with DT Swiss 240 hubs. To begin, I love the way that Enve describes their wheels. Rather than putting a name to it (enduro, trail, XC, AM, DH, etc.), they decided to name their wheels based on the percentage of the type of riding you’re going to do. M90 Ten, M70 Thirty, M60 Fourty, M50 Fifity are the choices of wheels you have. Each wheel has been tailored to honor that amount of descent vs. climbing ratio. 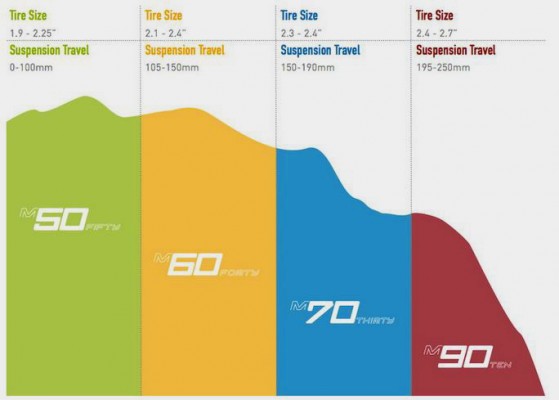 The M70 Thirty wheelset (which comes in at 1614 grams for the set) is built up around a four-tier wheel program, compared to Enve’s older three-tier wheels. This is so the wheels match closer to what the rider wants. For example, an XC rider wants a lightweight, stiff wheel, while someone who rides harder may be concerned more about strength and durability. Consequently, Enve needed to create specific lay up techniques for each rim. The number of layers, orientation of carbon, and physical size of the rim must all be put into consideration when developing a rim for an application.

The most obvious change from the previous generation of wheels was the use of a hook bead. All the new M-series wheels now feature a straight bead that is physically stronger. The upside with this design is that the mold is simpler and more accurate. I can personally attest to this fact: a few years back I noticed on early versions of Enve wheels that there were one or two wheels that had a slight variance in bead height. With the loss of the hook beed, and super-accurate alloy molds, that is no longer an issue. 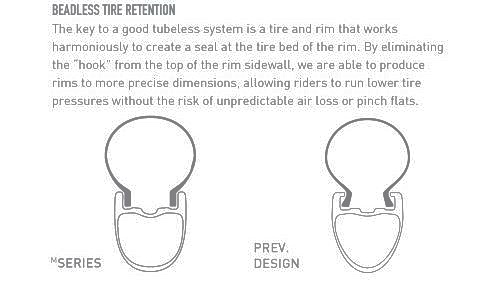 High on the to do list of all new M-series mountain rims was increased impact toughness. Enve’s design group spent a considerable amount of time trying to produce a stronger, lighter wheel. The new M70 Thirty’s rim profile is an Enve in-house design. The build of material around the spokes and side wall of the tire dramatically improves impact resistance.

To keep things as strong possible to survive the abuse we will dish out on these wheels, Enve uses their own patented process of molding in spoke holes. According to Enve, they run continuous fibers which, in Enve’s opinion, strengthens the rim’s entire structure. During the construction of the rim, the fibers are wound around each of the spoke holes, which locally increases the strength of each area. Because the fibers are oriented in this fashion, the spoke interface is stronger due to the concentration of correctly-oriented fibers. Overall, less material can be used, allowing for a lighter spoke face in the rim without compromising strength. Other brands add extra layers or use an embedded alloy ring, which is much heavier. 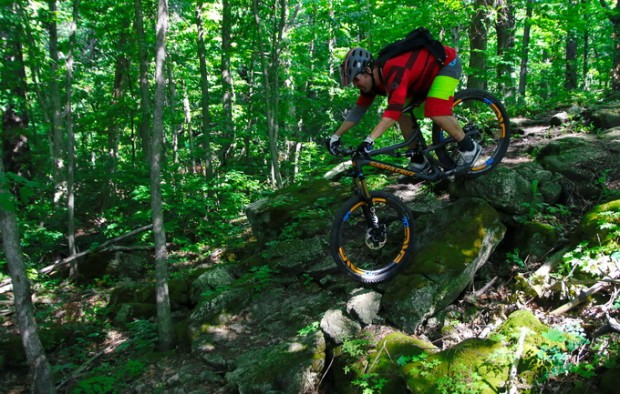 The benefits of these innovations are increased contact, higher pull-through resistance, and ensuring that the spokes stay tensioned for as long as possible and don’t unwind. All of these things make it easier to build a strong, true wheel, with less maintenance down the road.

As for the rest of the structure, Enve is adament that unlike other processes that laminate up from a foam core, sometimes leaving the foam or even bladder material inside the rim, Enve removes their bladder for a smooth interior finish.

Once the M70 Thirty wheels arrived, it took a few minutes to install the supplied rim tape and valve. Installing the tires was another story altogether. Over the course of my review I installed both a set of Schwalbe Hans Dampf tires and a set of Continental Mountain King II tires, and they were both a killer to get on. For whatever reason I needed to use a full-on air compressor for these. This was the first time I had to use an auto shop compressor to seat a mountain bike tire. It was a tight fit, to say the least. As for brakes, bolting up the six Torx bolts was a straight-forward affair.

Out on the trail I was amazed at the performance of these wheels! The combination of the wider low inertia rim, stiffer feeling due to higher spoke tension, and smooth-running DT Swiss hubs really sets these rims apart. I can truly say that if these were used in a blind test over a narrower “conventional” rim, you would immediately notice the difference.

Tossing this bike into sharp corners, over rocks, roots, and almost anything in its way, you can tell that there is something special rolling below you. I was astounded at the impact that the wider profile has on a tire, compared to a narrower wheel. I couldn’t feel the tire carcass roll even in the tightest of berms. 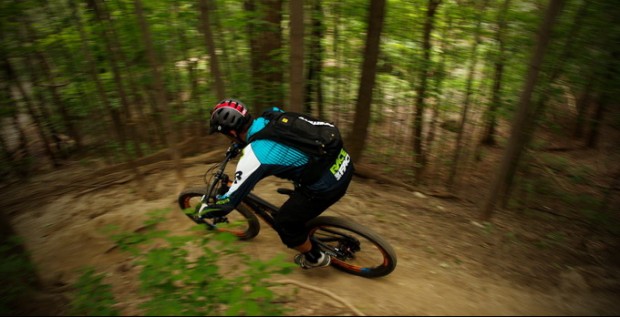 The wow factor here is off the charts! Not once did the rims come out of true. That’s a good thing, too, because unfortunately, due to the rim’s design, the tire must be removed to true the wheels. So that may be a bummer down the road. But again, the wheel never came out of true. I have to say: these wheels will be very hard to beat as far as performance and durability.

Thanks to the folks at Enve for providing the M70 Thirty wheels for review.

For $2718 I sure hope these rims make a noticeable difference. For that price, I better be able to ride on top of water (“walk on water”) with them. Crazy price or not, Enve sure makes some beautiful products.