As I pushed the DVD into my laptop, I tried to remember the last time I had seen a feature-length mountain biking movie. Heck, it’s almost hard enough to remember the last time I watched a DVD… with online movie and TV streaming via Netflix, Amazon, and Hulu, I personally think that DVDs, along with cable television and satellite, are a dying a breed. At least, they are in our household, where about 95% of the television and videos we consume is streamed off of the ethereal interwebs. Thankfully, you can get Brandon Semenuk’s Rad Company off of said interwebs via websites like iTunes.

I prepared myself for an experience harkening back to my days as a high schooler when internet connections were still too slow to stream movies, and I watched mountain bike and mountain board action vids via our DVD and *gasp* VHS players. (Don’t know what VHS even means? Don’t worry, you’re not missing out.) In this age of quick 3-5min “shredits,” I’ve found that even my own attention span has diminished considerably. Would Rad Company be sufficient to hold my attention for a full 45 minutes of MTB action?

The back of the Rad Company DVD case claims that the filmers and editors adhered to an “all killer no filler” mantra, a la New World Disorder. With the last pseudo-plot mountain bike video I saw resembling a pile of refuse tied together into a convoluted web with a piece of white twine, I was totally fine with abandoning even the pretense of a movie plot: let’s just focus on the shredding!

And shred these guys did! Brandon Semenuk, of course, took the lead roll in this film, but he recruited a “crew of riders. . .who drive and inspire him in each discipline.” With a cast featuring Cam Zink, Graham Agassiz, Brendan Fairclough, James Doerfling, Cam McCaul, Yannick Granieri, Matty Miles, Thomas Genon, Ryan Howard, Steve Smith, Nico Vink, and Logan Peat, I already knew that the riding would be stellar, with much of the best freeride talent in the world represented in this one film!

With classic freeride, dirt jump, and downhill locations such as Kamloops, Sunshine Coast, Pemberton, and Retallack, BC, as well as Utah and one out-of-the-blue choice in Fiji, the trails are just set and ready for ripping. The guys threw down on these trails in all sorts of conditions, from bone-dry dust to pouring rain mudfests to late fall snow showers. 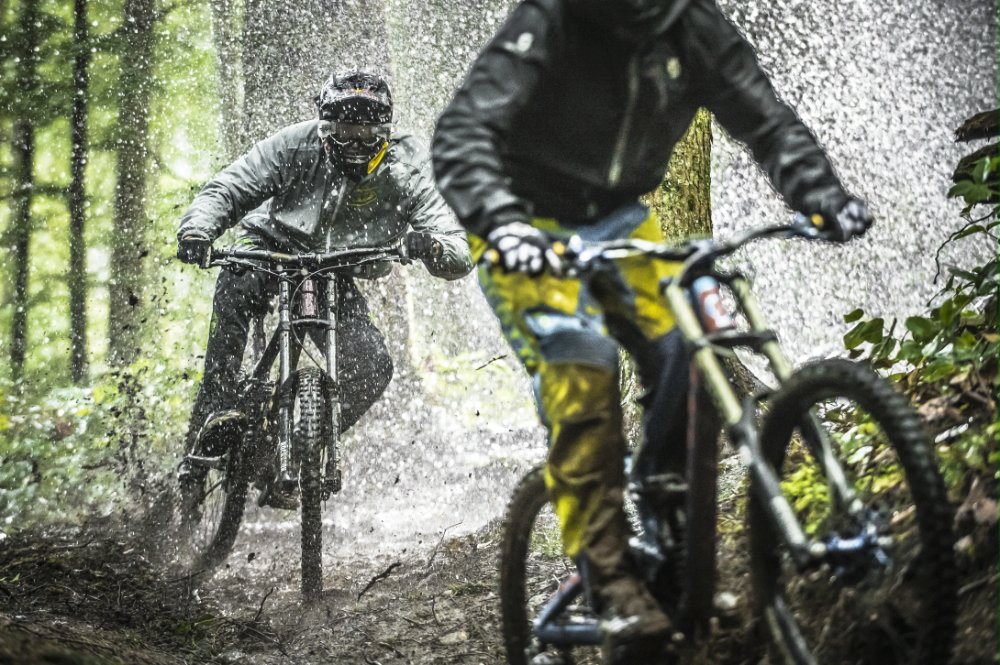 The polished, honed talent of these renowned riders shone through as they sent it off massive kickers, cliffs, wooden features, and more. While the riding was unbelievably difficult and stylish, there were few segments or specific moves that really stood out in my mind… save for the last location: The Junk Yard.

The Junk Yard looked like it may have been purpose built just for this film… and with Red Bull on board as the title sponsor, I’d believe it. The junk yard stunts were truly inspiring: big step ups onto the top of an old dump truck, car gaps, and a massive plywood wallride suspended high above the ground by a dilapidated forklift. 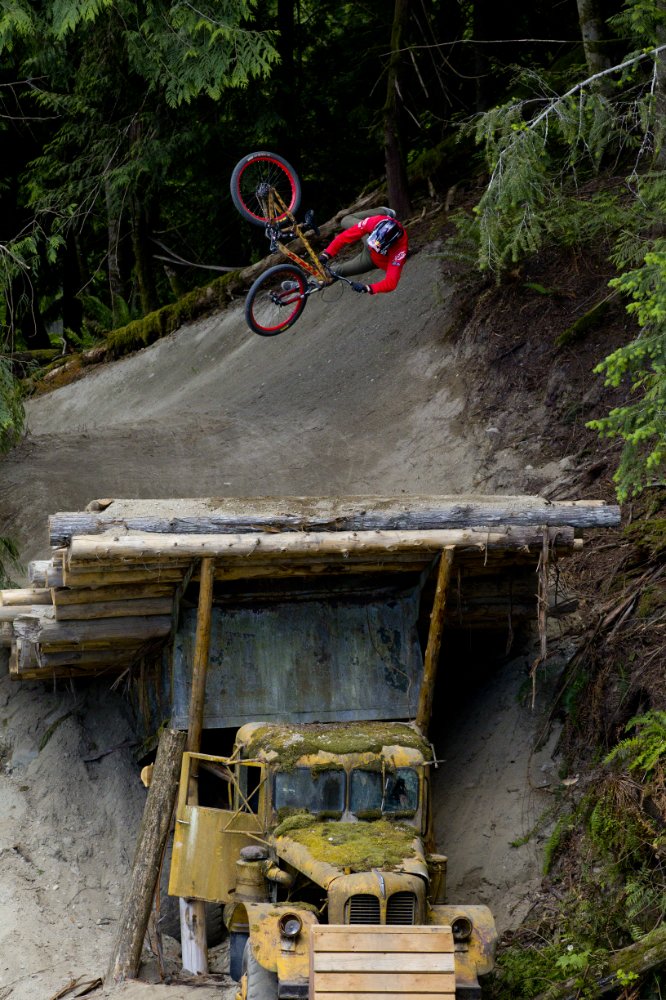 Words can only do so much to related the visual ecstasy that is film, so check out this trailer from the movie, as well as a beautiful collection of stills, courtesy of Red Bull Media House: 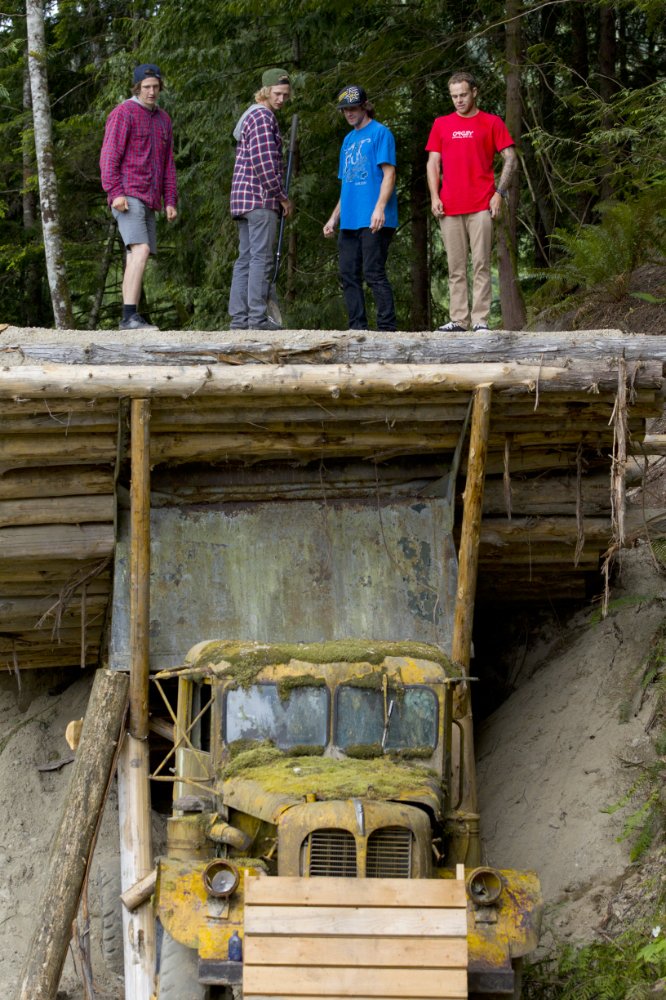 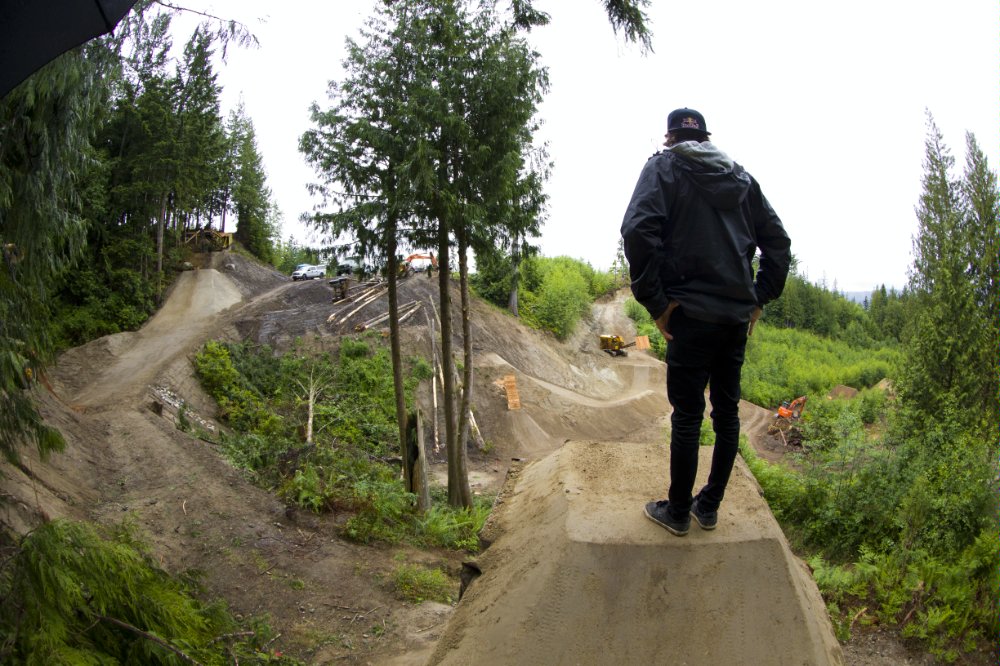 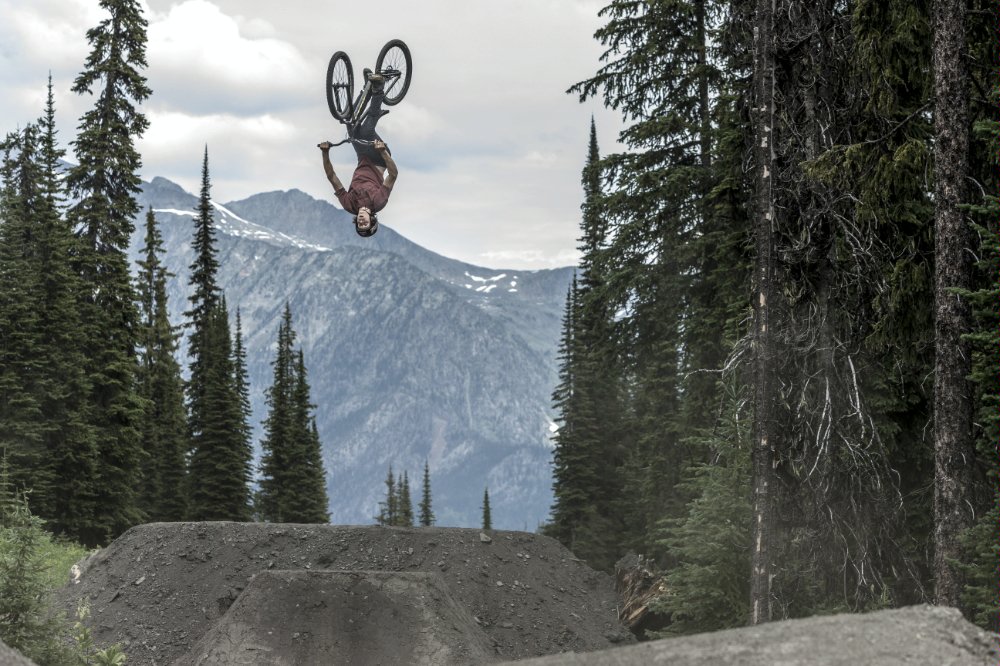 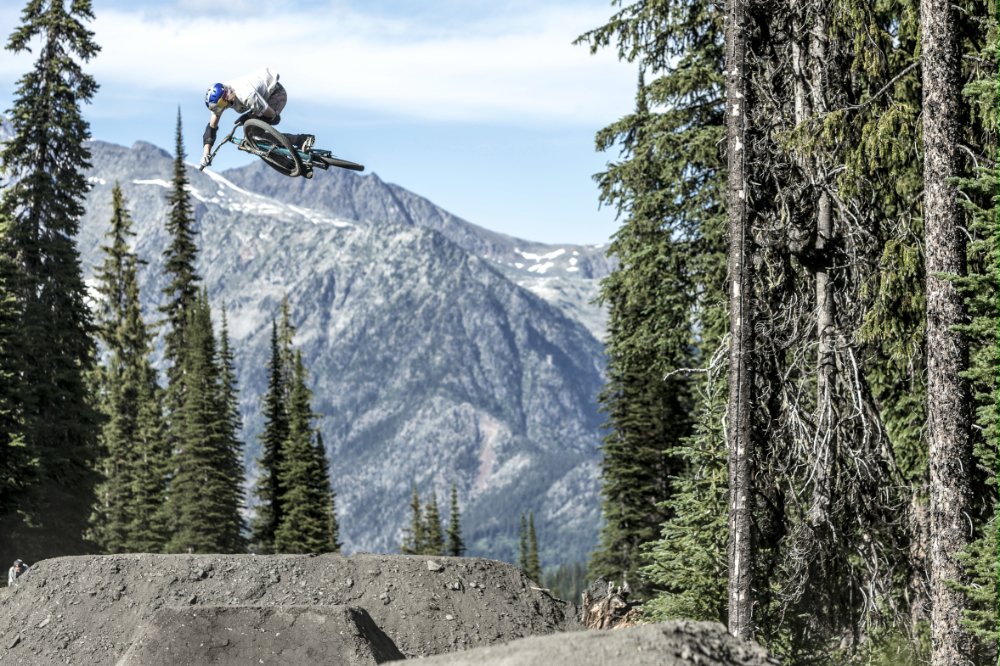 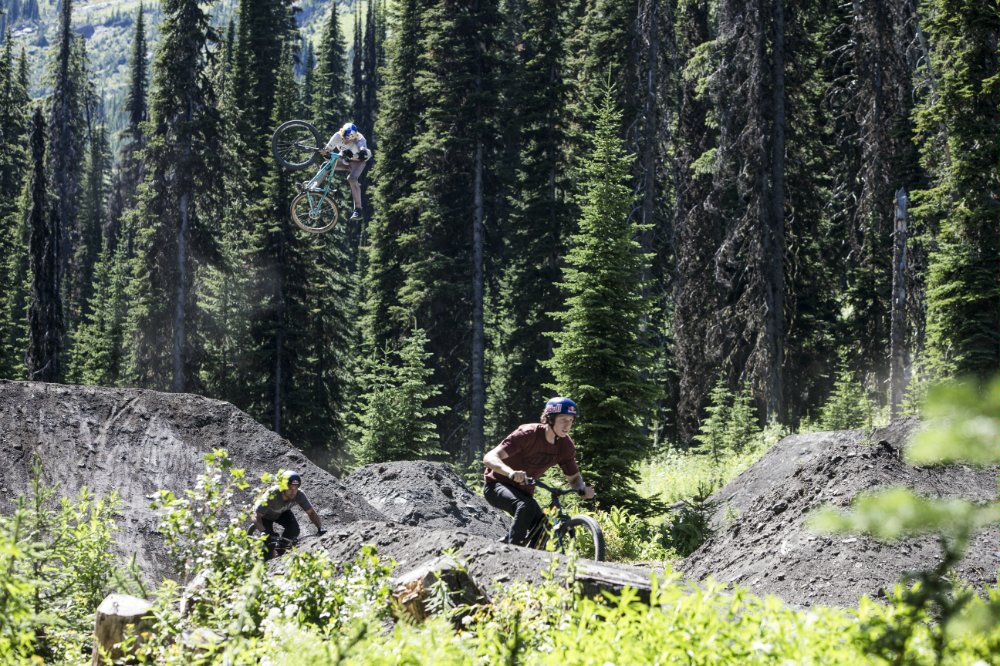 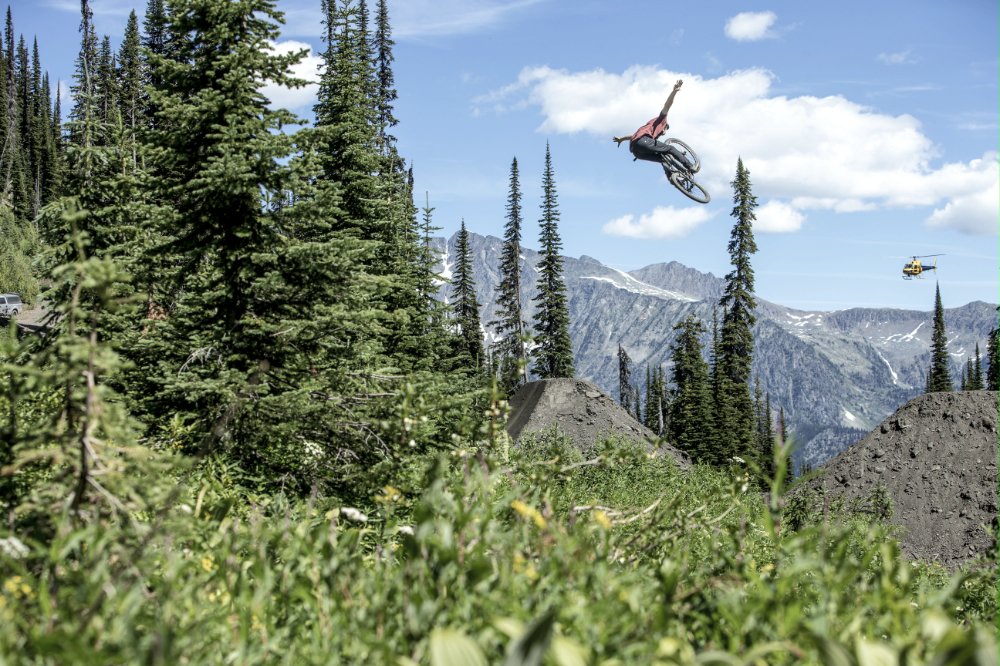 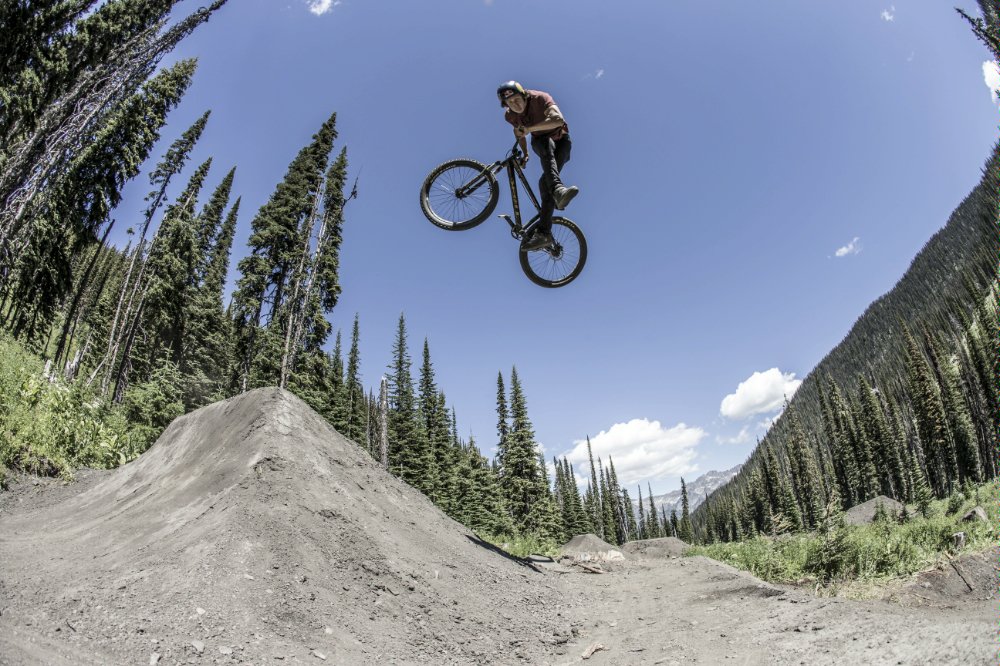 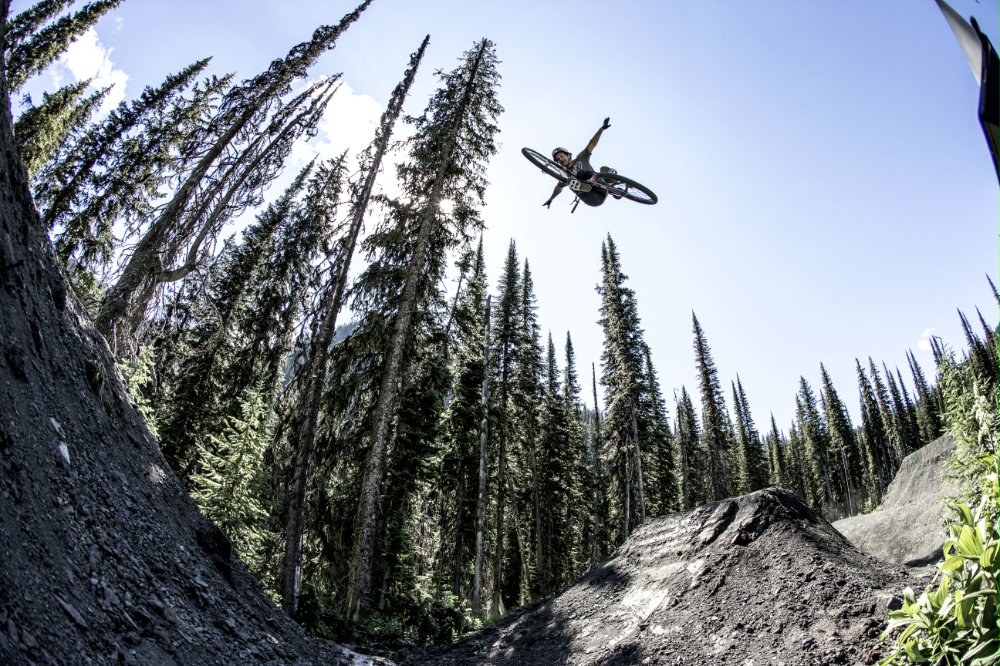 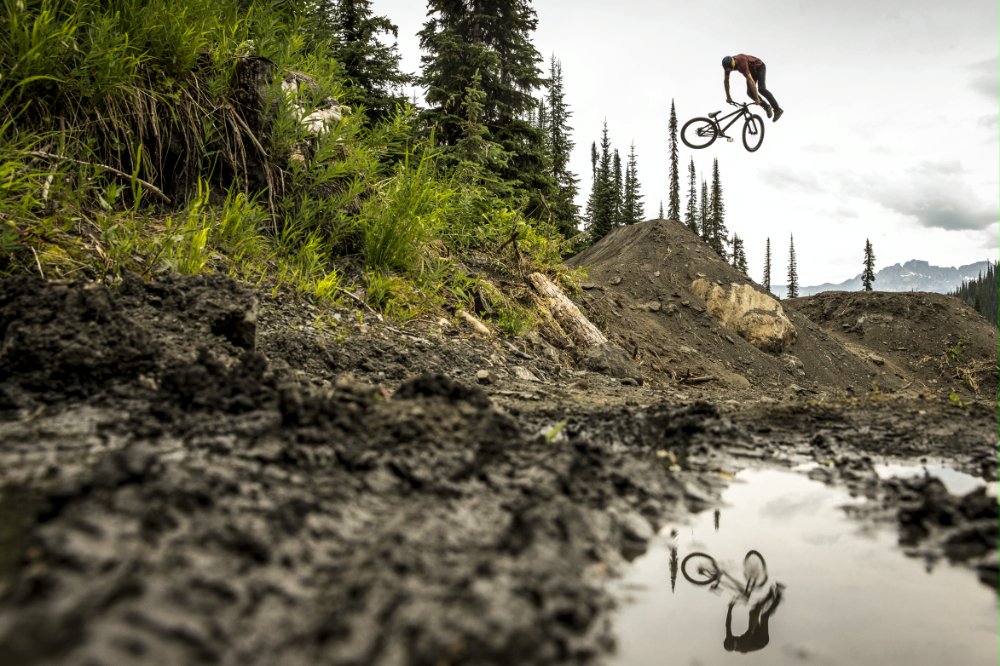 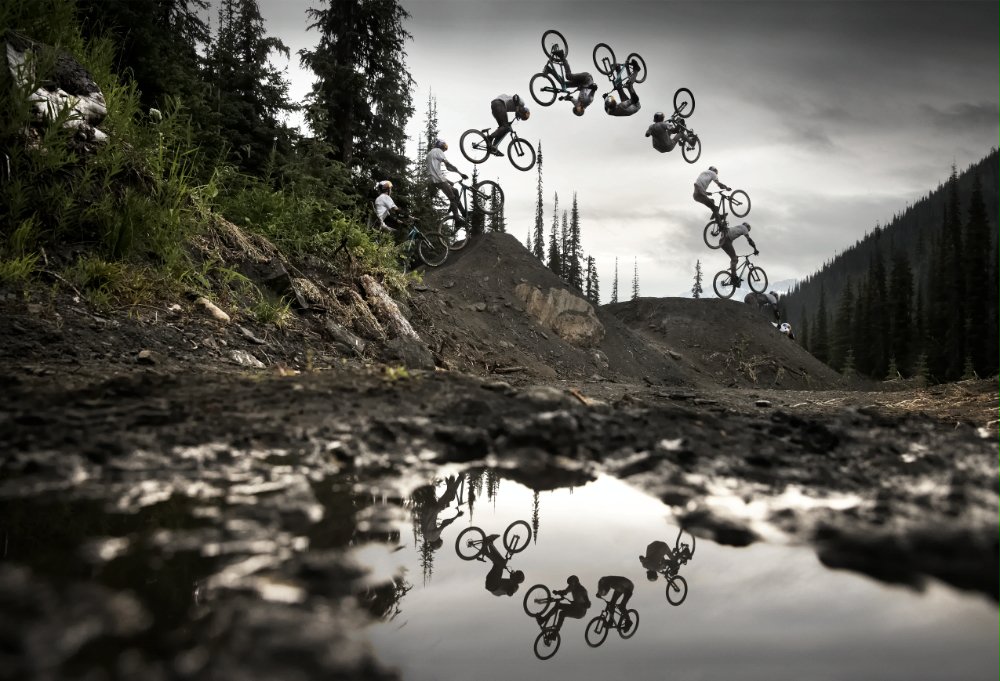 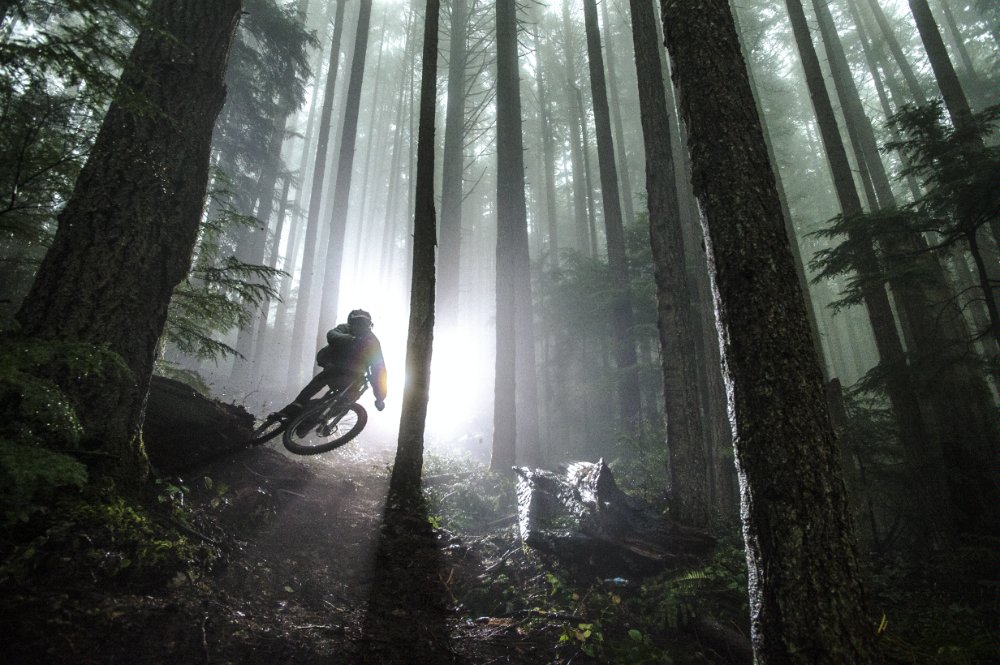 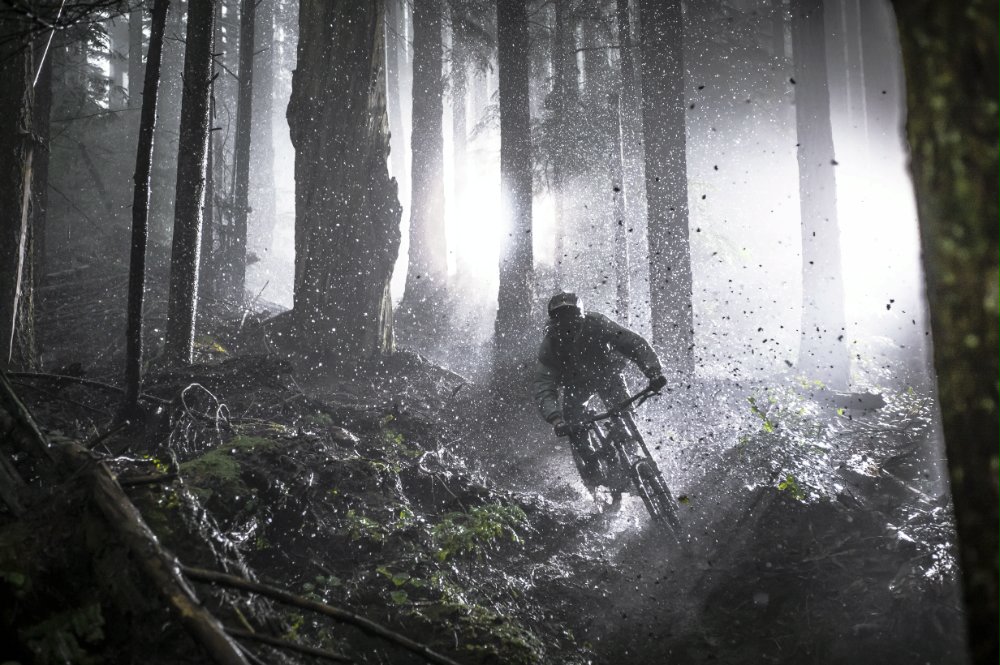 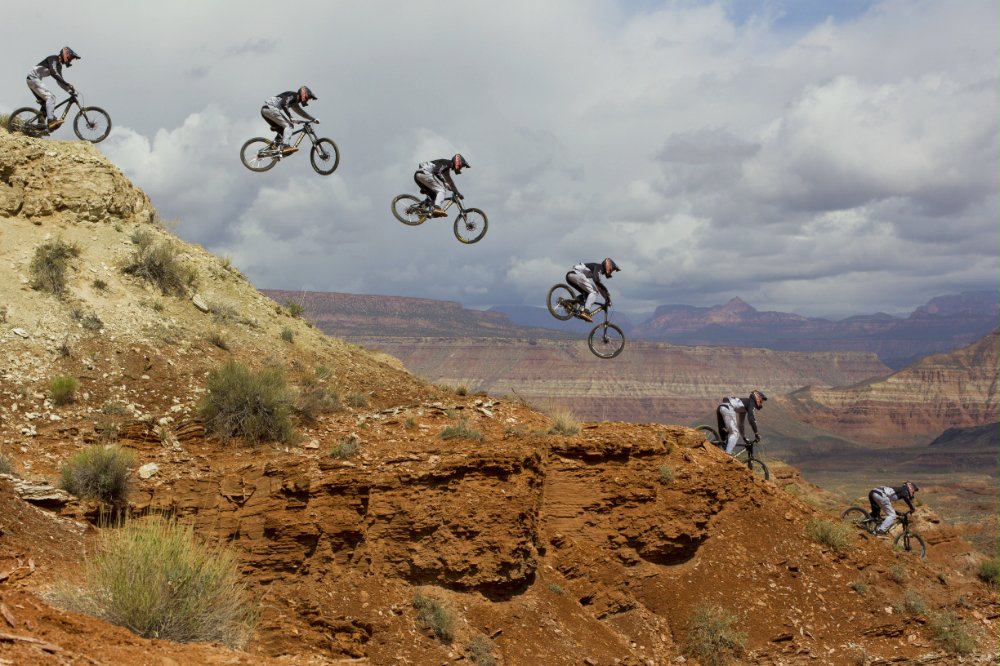 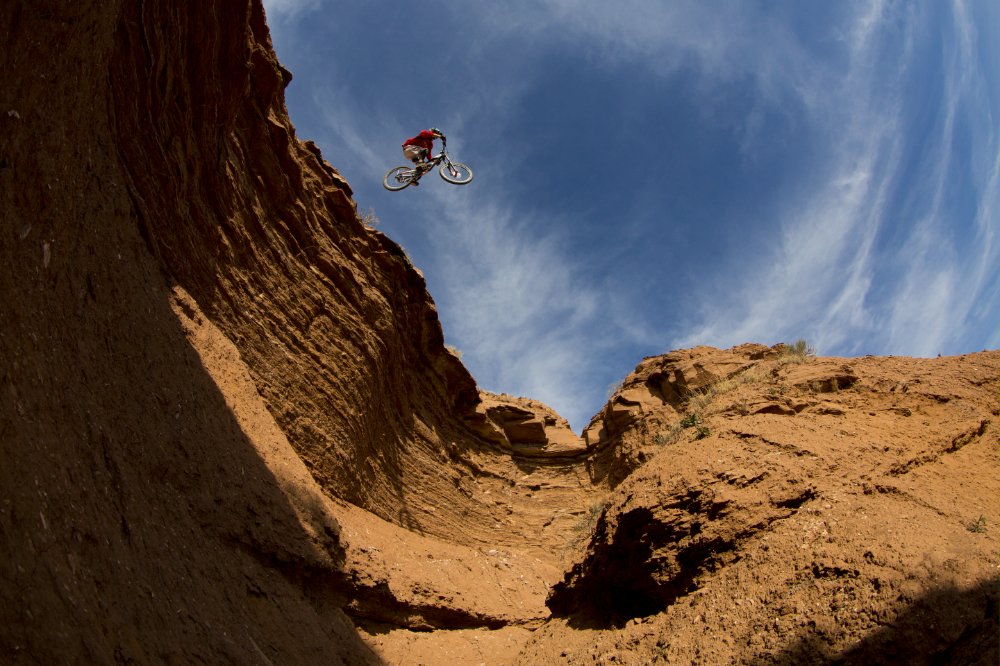 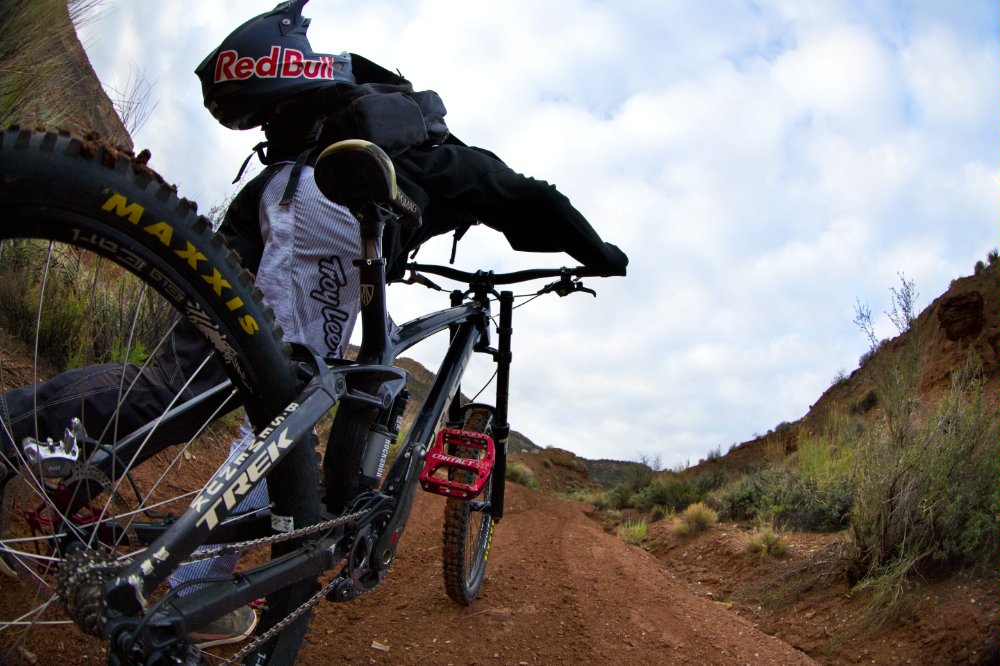 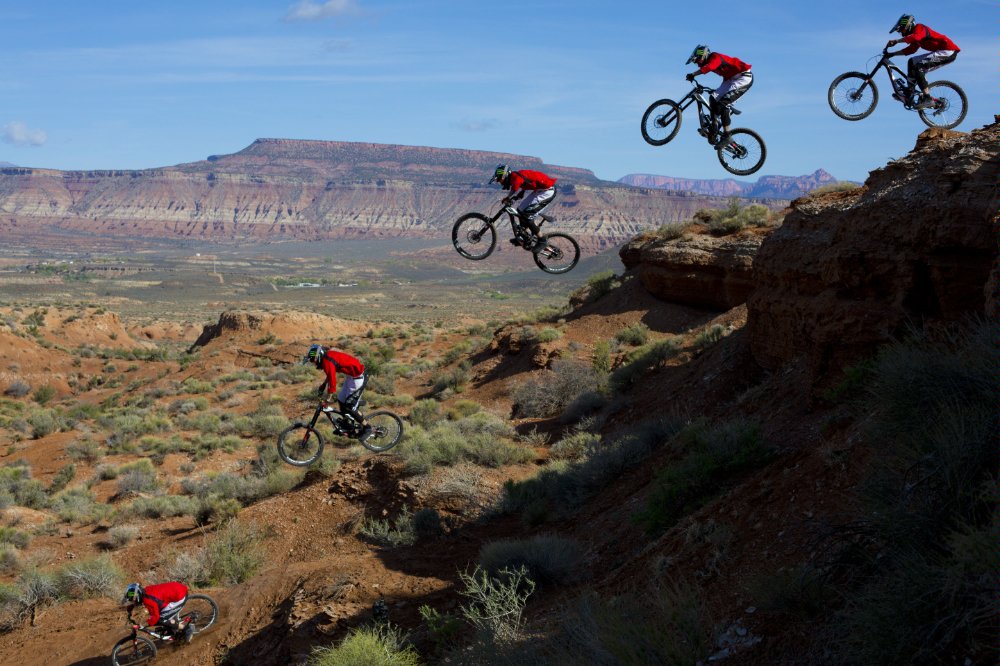 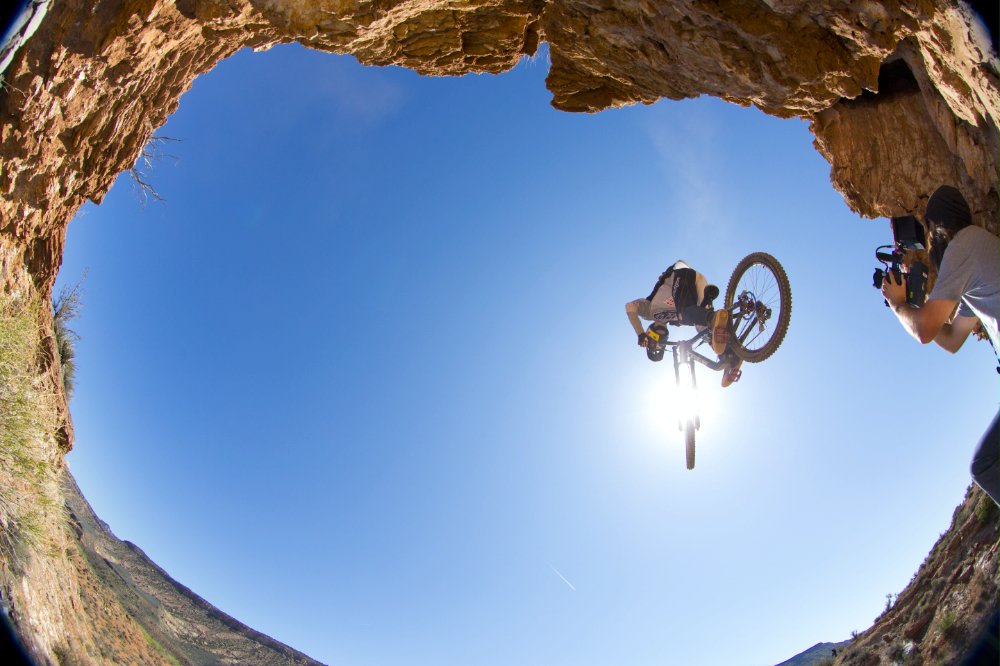 Despite my misgivings up front, as the credits started rolling I was surprised that the movie was already over! It succeeded in holding my attention, and I already want to rewatch some of the cooler segments.

If you’re looking to spend 45 minutes deep in a mixture of pure ecstasy at the skill of these riders and the beautiful locales, mixed with a sinking feeling in the pit of your stomach that comes from the knowledge you’ll never be this good, then Rad Company is for you!

Thanks to Red Bull Media House for sending over Rad Company for review.