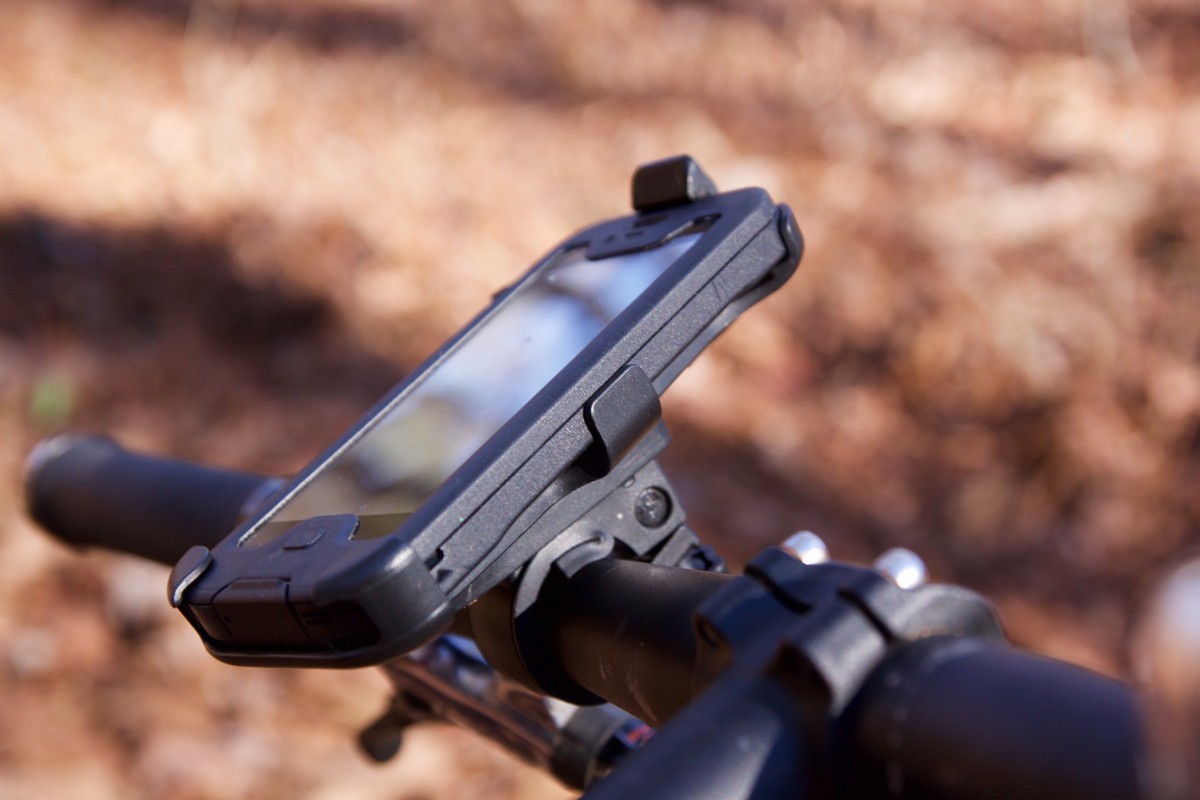 In case you haven’t heard of it, Strava is a website/mobile app that allows you to share information about your mountain bike rides using GPS data collected during the ride. The social network is built around the idea of tracking your fitness progress and challenging friends (and even strangers), which makes the whole thing pretty addictive for a lot of riders.

When we first published this article back in 2012, Strava had already made a significant impact on the sport of mountain biking after being in existence for only a few years. Now, almost four years later, Strava is the single most prevalent fitness tracking app in existence–and especially in the sports of road and mountain biking. These days, it’s less common to meet a fellow rider who doesn’t use Strava than one who does. As a result, Strava’s effects on our sport have only been amplified.

Perhaps the biggest positive effect Strava is having on mountain biking and endurance sports in general is making fitness fun. Adding a competitive element to every workout, even if it’s just trying to set a new personal record, makes everyone stronger. It would be interesting to see how ride times trend for Strava members over the course of their membership… my guess is they improve trail times much faster than for those who don’t use it.

In Atlanta where Jeff and Aaron live there’s a pretty good group of folks who use Strava, but in outdoor hotspots like Denver, Strava use has truly exploded. In fact, we’ve heard from multiple people (including staffers at IMBA) that it’s not unusual for riders in Colorado to fail to yield the trail while shouting “Strava!” to let you know they’re trying to set a new PR on a particular trail section. With Strava, every ride can become a race, with the resulting ego clashes and occasional conflicts.

Some riders have taken things even farther, risking personal injury to themselves and others. In 2010 a rider died after losing control while trying to set a new speed record for a descent in Tilden Park in Orinda, CA because someone had recently posted a faster time. His family sued Strava, saying the man was “obsessed” with Strava… which could easily describe a lot of folks.

Back in 2005 we tested out a similar concept here on Singletracks called “Virtual Bike Racing” (you can still see the page here). As you can see from the disclaimer, we understood that some riders might ride out of control in pursuit of a virtual title.

Admittedly, some of us ride off-road in places we aren’t supposed to ride. Whether it’s a trail that’s officially closed to bikes or a gray trail that is on the down-low, Strava sees all and by default, makes the ride public to all. I haven’t heard any reports of land managers using Strava to identify trail poachers but it’s certainly a possibility.

There are a few trails in the Atlanta area that everyone knows as “the secret trails,” and it’s sorta like Fight Club, where the first rule is you do not talk about the secret trails. One of the local secret trail builders is famous for asking riders he doesn’t know, “Are we on the internet?” But even if no one posts these trails to a website like Singletracks, you can bet the trails are mapped and cataloged on Strava–it’s basically automatic every time you use your phone or GPS.

Now, it is possible to mark a ride as private, but hardly anyone does this since it defeats the biggest draw of the app which is to challenge other riders. With Strava, secret trails will never stay that way for long.

Since this article was first published, Strava has released new technology that unfortunately only exacerbates this issue, revealing less-than-legal trails for the entire world to see. This new technology is their Global Heatmap.

The Global Heatmap aggregates all public ride data (there’s a running map as well) from all of Strava’s users, and puts it onto one massive, global map. The brighter the line on the map, the more people have ridden that route. The fainter the line, the fewer number of people. Some lines are even so faint that you can’t see them unless you zoom in all the way… but even if one person has ridden it, it’s there, if you zoom in far enough.

While this can be a very useful tool for locating the most popular legal routes in an area, if you are intimately familiar with the trails and roads in your local area (like an experienced mountain biker or a Forest Service ranger), you can easily pick out lines on the heatmap that aren’t actually present on the official trail map. Some members of the Singletracks Staff have confirmed this to be true in their local areas, and at times the highly-popular illegal (or illegal-ish) routes are brighter and more bold than even the legal trails and roads.

So, the moral of the story is: if you’re riding a trail that’s even so much as questionable, don’t go posting your ride as public on Strava!

A brand-new development in the plethora of contentious mountain bike access issues is the banning of mountain bikers from trails which are currently bike legal, based on the speed data stored in Strava. Think I’m making this up? I wish. That’s exactly what just happened in Los Altos, California. (You can find final confirmation of the bike ban in this article from February 23, 2016.)

From the original article:

“Blame it on Strava. The mobile app – and the cyclists who use it to brag about achieving top speeds on trails – weighed heavily in Los Altos Hills city councilmembers’ unanimous decision Jan. 27 to entertain an ordinance prohibiting bicycles from Byrne Preserve.

I’m done with this as far as I’m concerned,” Councilman John Radford said. “The speed numbers that were talked about tonight are just incredibly unacceptable. I can’t even believe. Sorry, whoever’s done those apps and whoever puts that together – that just put a hole in the whole argument.”

Although Radford and his fellow councilmembers expressed considerable reluctance to deny an entire class of enthusiasts access to the popular open-space area, Strava-broadcasted boasts of trail speeds topping 20 mph and concerns about safety ultimately influenced their approval of a motion introducing the ordinance.”

While we at first avoided discussing this in a public forum for fear that more anti-mountain biker groups would take this same approach, this is a critical issue that needs our attention. Mountain bikers being banned because of the sheer fact that we’re mountain bikers, even if we’re not doing anything illegal, is a very real threat.

So what’s the takeaway? If you live or ride in an area where you know the access issues are contentious, again, it might be best to mark your ride as private. You might not gain any virtual kudos, but on the flip side, you won’t lose access to any of the very real and tangible mountain bike trails that you enjoy on a regular basis.

While Strava can be used as a way to compete against other riders using the segment feature, it can also be used as motivation to get out and explore new (legal) trails that you might not even have heard of before. Simply by watching my Strava news feed, I’ve seen cool rides posted in locations unbeknownst to me, that have prompted me to want to go and check that place out for myself. I’ve even observed one person in my friends list riding a relatively-new, unknown trail, and then a cascade of other Strava friends riding that same trail, seemingly inspired by the original explorer.

While the Global Heatmap above can be a great resource for finding trails and scouting routes, your own personal heatmaps (pro feature) can provide motivation to explore new areas and connect the different sections of your map with various lines. Personally (Greg speaking), this is my favorite Strava feature, and more than anything else it has motivated me to explore and experience new trails and routes both locally, and far afield!

Strava has become a valuable tool for scouting competitors before races and creating strategies based on past performance. It’s also a great tool for previewing race courses and getting segment-level detail showing how you compare to others, which is helpful in post-race analysis.

Strava also makes it easy to “follow” other riders, particularly pros who have signed up for the service. For the pros, mountain bike racing is ultra-competitive, and it would seem that giving away too much information about training routines, routes, etc. might give rivals a leg up. Based on the few pro riders I follow, it seems many of them limit which rides they post, which seems like a solid strategy.

Of course it’s not just Strava that’s impacting the sport of mountain biking–internet and mobile technology is everywhere, and it’s changing our entire world. What’s the next big thing? I guess we’ll just have to wait to find out…

Your turn: If you use Strava, has it changed the way you ride? What other technologies are impacting mountain biking today?

This article was last updated on April 4, 2016 at 7:12am MDT by Greg Heil. Greg added the sections “Strava’s Global Heatmap,” “Mountain Bikers Banned from Existing Trails,” and “Exploring New Places.”