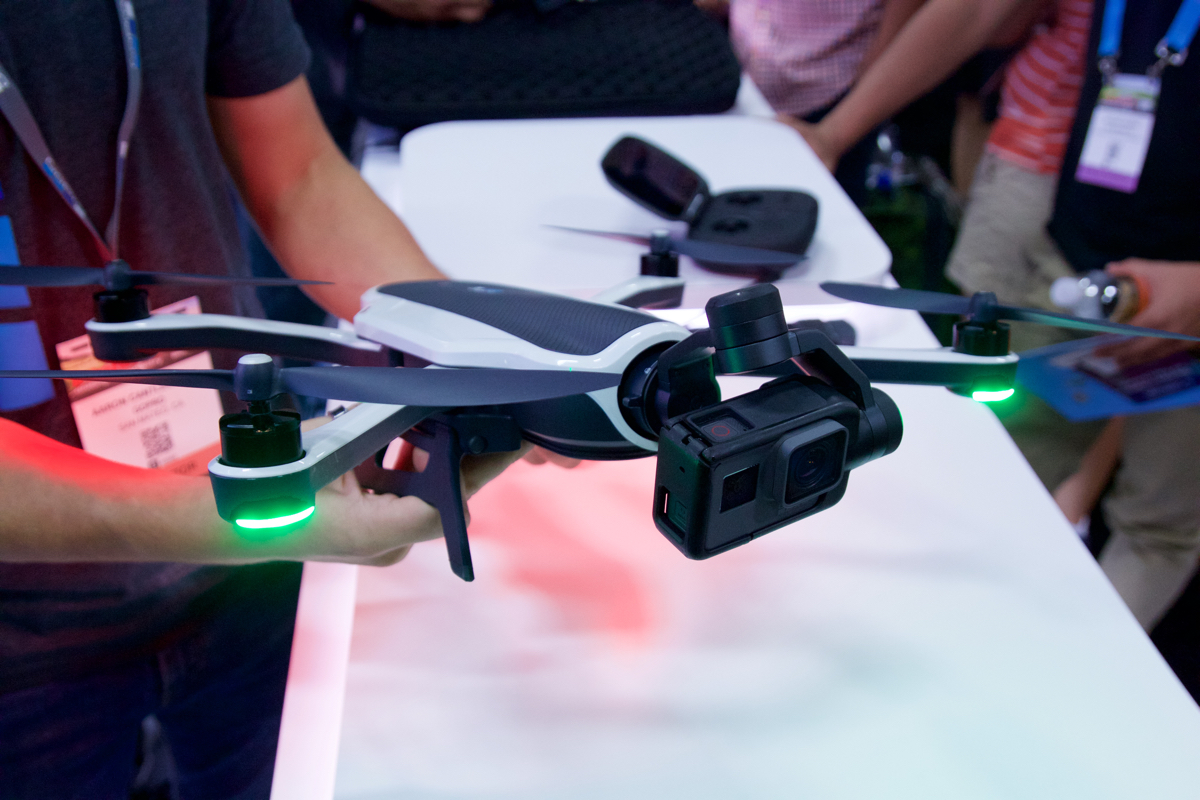 GoPro cameras changed the face of action sports and even more broadly, gave filmmakers the ability to put cameras in places cameras had never gone before. Just one little problem for mountain bikers: the POV video almost always comes out shaky, making them difficult to watch. Well, this week GoPro announced a slew of solutions to our problem, and I suspect mountain bike POV videos are going to suddenly become much more watchable.

GoPro announced a drone called the Karma that is set to be one of the most complete, and hopefully easy to use, drone packages on the market. The drone itself is a quad copter that packs up easily to fit inside an included backpack, making it very portable no matter where you’re filming. The included control pad features a stunning LCD display that’s said to work well even in sunny conditions, and sports game-style controllers for piloting the drone.

When the drone is flying, the operator is able to see the drone’s point of view on the controller’s screen, almost like a video game. Of course FAA regulations require drone operators to maintain sight on the drone at all times, which limits where and how far away the drone can fly. But still, if you’ve ever wanted to feel like a pilot, the Karma could be your fix! According to GoPro, the Karma should be easy to fly thanks to features like the ability to automatically return to its launch site. The Karma also has a number of hands-on tutorials designed to get users up and flying quickly, in as little as five minutes after opening the box. 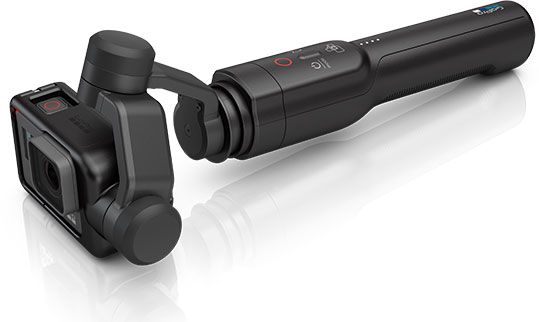 The camera mount on the drone uses an electric gimbal to keep shots as smooth as butter. A gimbal, for those who aren’t familiar, is a device that works to keep the camera level in unstable conditions, which makes it a great solution for smoothing out bumpy, gnarly MTB footage. In fact, riders like Nate Hills have recently started using gimbals to really improve their POV quality. So perhaps one of the coolest things about the Karma drone is that the gimbal is removable and can be attached to a piece called the Karma grip. With the Karma grip you can take smooth shots on the ground or even mounted to a chesty POV mount.

Finally, GoPro announced new cameras, the Hero 5 Black ($399 MSRP) and the Hero 5 Session ($299 MSRP). The Hero 5 Black has ditched the goofy waterproof case this time around and has added image stabilization, which is more great news for mountain bikers. The Karma drone is compatible with both Hero 5 cameras and also the older Hero 4 Silver camera.

The Karma drone will be available for purchase starting on October 23 for $799 USD, and includes the drone, controller, backpack, gimbal, and Karma grip. The gimbal with Karma grip can also be purchased separately for $299. The $799 Karma package does not include a camera, though I’m told there will be a bundle that includes a camera, which should save consumers about $100 over buying the drone and camera separately.

To get a taste of the incredible footage that you can produce with the Karma and the new Hero 5, check out this fresh edit from GoPro:

I have got to get one of those! Whoa! You could document your whole trail experience with that drone! However, I own a Gopro hero 3 camera, and I haven’t really experienced the image stability problem Jeff mentioned. I’ve been known to ride single-black diamond terrain on my 29er hardtail, so I know its not my ability or the terrain I’m riding that is smoothing the image. However, the image does get “bumpy” when I ride with a chest mount. As a result, I always mount the camera on my helmet. The smoothest videos are taken on the very top of the helmet, though a side mount works for me too. That drone is still very cool, and I will definitely look into getting that Hero 5 camera in the future. Awesome!

That is sick! The action cams these day are bada**

The coolest thing is that they fit into a bag, and u can bring them with you on every ride…

I need to get one of these things….