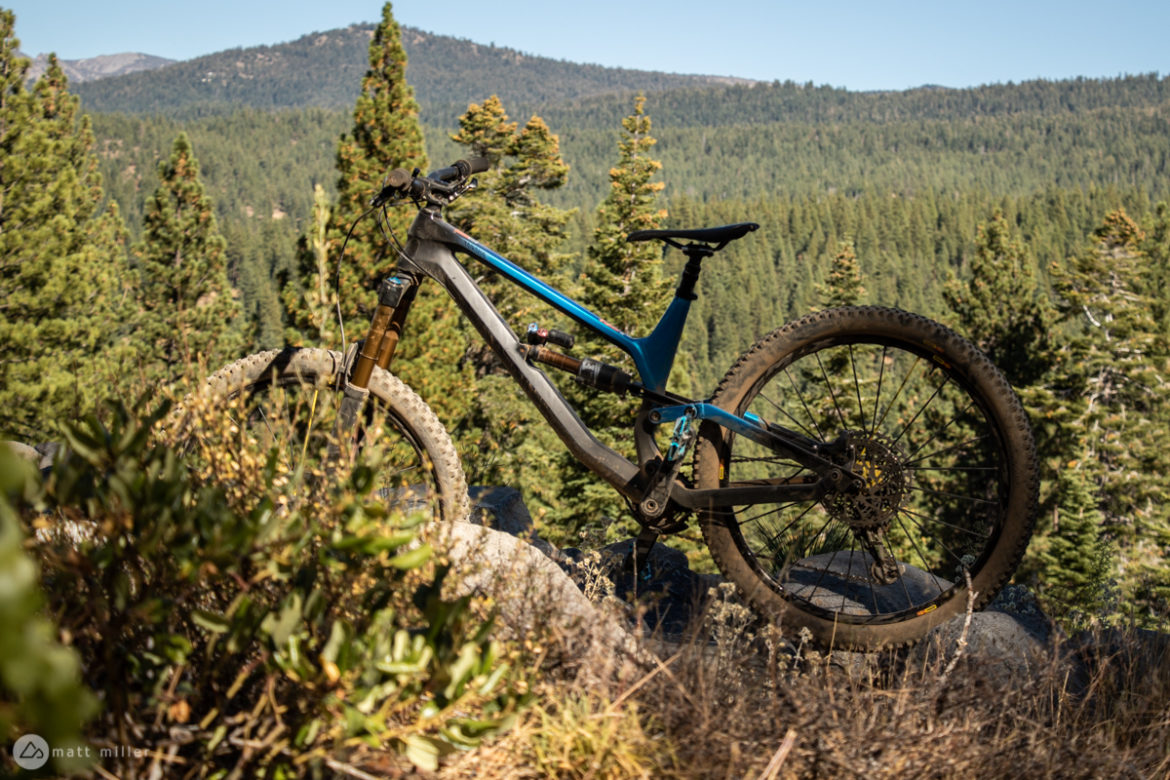 The Canyon Torque is a dedicated freeride, park, long-travel 27.5-inch bike – or whatever you wanna call it.

Canyon revamped the Torque this year, putting a single crown fork on it with an air can rather than a coil with a dual-crown fork like the previous version. The Sender is covering the downhill circuit now and the Torque is ready for pretty much anything you can throw at it… or throw it down.

I took the Torque for a spin at Northstar Bike Park in Truckee, California for a quick rip, which ended up being about 2,200 feet of descending. I would’ve liked to get more, but I’ll take it.

I can’t give a ton of information about the bike based on such a quick ride, but there are a few things I picked up on about the Torque, and I’m hoping to get one in for a long-term review sometime soon in the future.

With no time to warm-up, I hopped straight on Northstar’s jump trail, Livewire. It starts with a few smaller rollers, and the table tops quickly get longer and the step-ups taller.

I rode with the Fox DHX2 rear shock open and the same with the Fox 36. The settings for this shock are ‘open’ and ‘firm’ which acts as a pedaling mode.

I’d say it’s reasonable to call the Torque, the Canyon Sender’s little brother, since it only has 20-25mm less travel. The Torque was quick to get in the air and plush and supportive on the landings.

It doesn’t take a lot to make the Torque come alive when the bike starts descending.

Any sort of descending will do, trust me. Even on a mild grade downhill, the Torque picks up speed very quickly.

Although the Torque is a hefty bike with a long wheelbase (1,195mm in a size medium), it still danced around tight switchbacks punctuated with pointy objects without having to over-exaggerate hip movement around the top tube.

The Torque felt at ease when I mashed through rocks at speeds over 20 MPH, and if I had another hour, I would’ve ditched the jump trails altogether just to find high-speed rock gardens to crush.

Although I didn’t have time to get the fork dialed in to preference, the front end never stuck or made me feel like I was going to endo when running straight over square-edged rocks at speed. Pick a line – or don’t, and go as fast as you can on the Torque over the bumpiest stuff around, and it will make you smile. 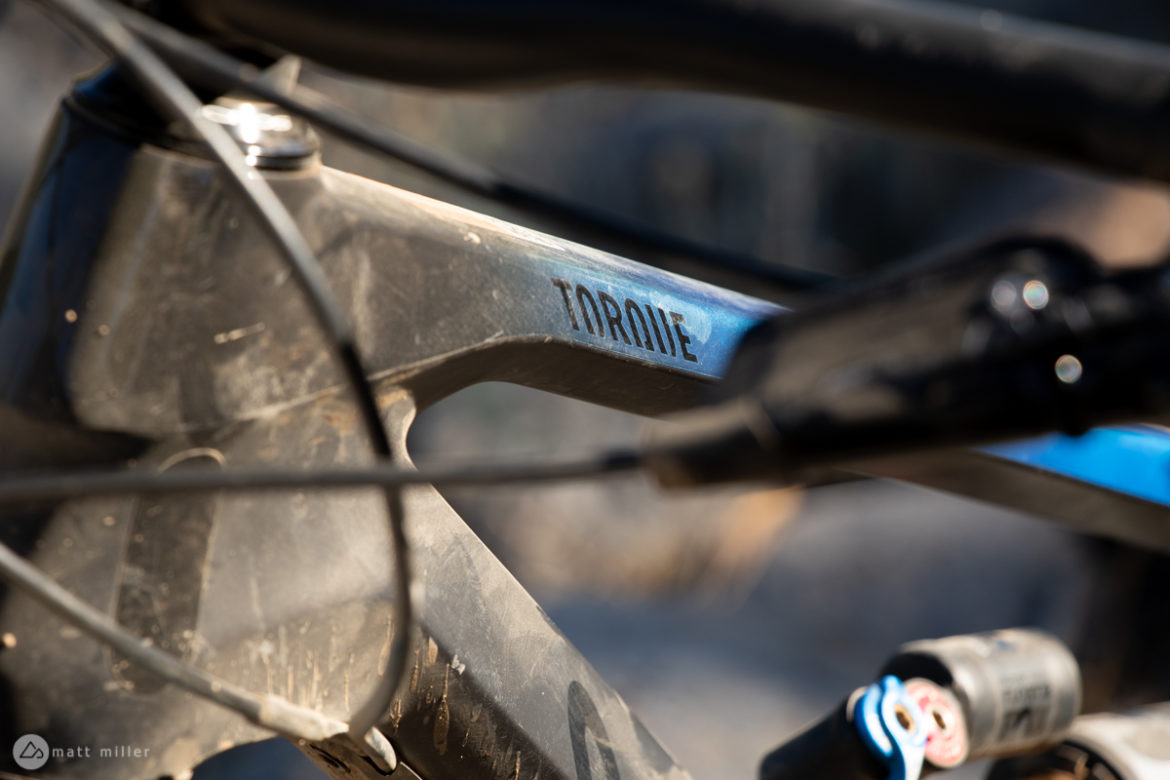 That’s all I’ll say about the Torque for now, but you may see a long-term review at some point in the next several months. I have some rock gardens in mind for it at home already. 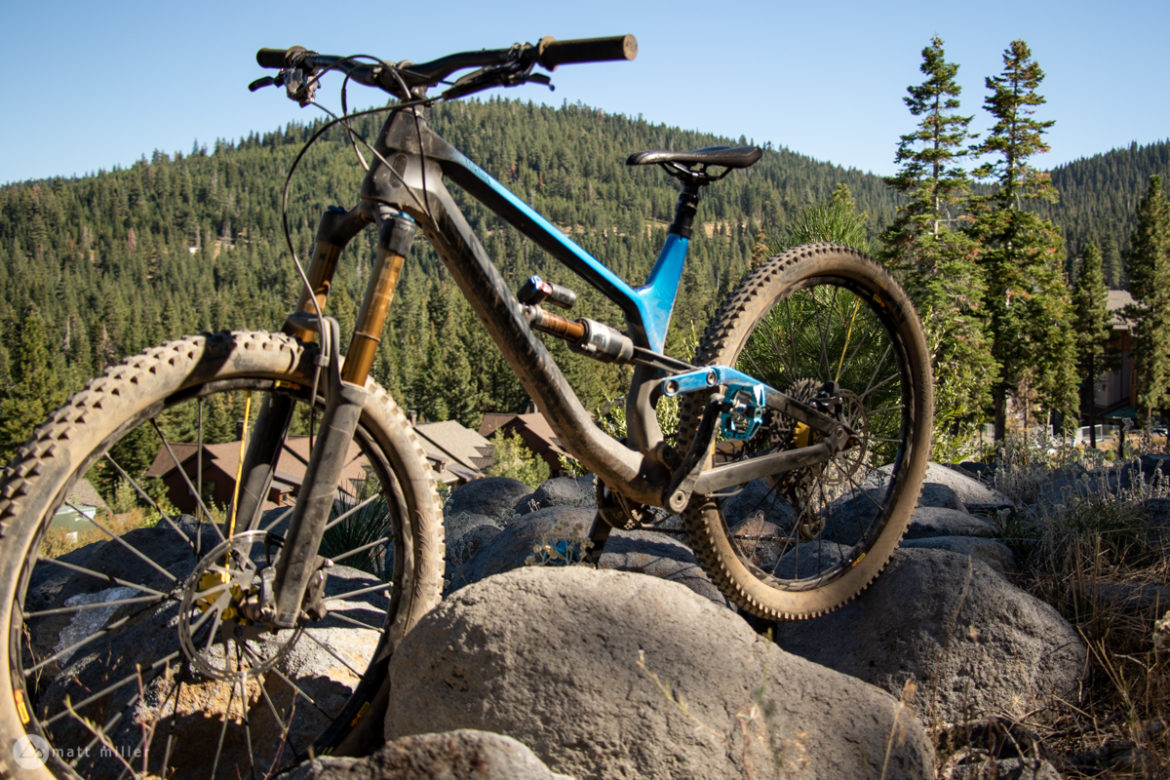