I want to start by saying that I owe the Yeti 575 a bit of an apology. When I first looked at it, I thought, “that’s too all mountainey for me.” I mean, a 67° head tube angle? That’s scandalously close to a downhill bike for my east coast XC riding tastes. And look at that stem! What is that, 50mm? Scandalous!

If I lost you already and you want to read up on some geometry technobabble, check out Maddslacker’s post on handling and geometry here. WARNING: not recommended for anyone who has, or wants to maintain, a social life.

But having spent some time in the Yeti 575’s saddle now, I have to say that I no longer care what any of the numbers are. It is a highly fun machine with some seriously quality parts on it. The more I ride it, the more I want to ride it. Just look at it! 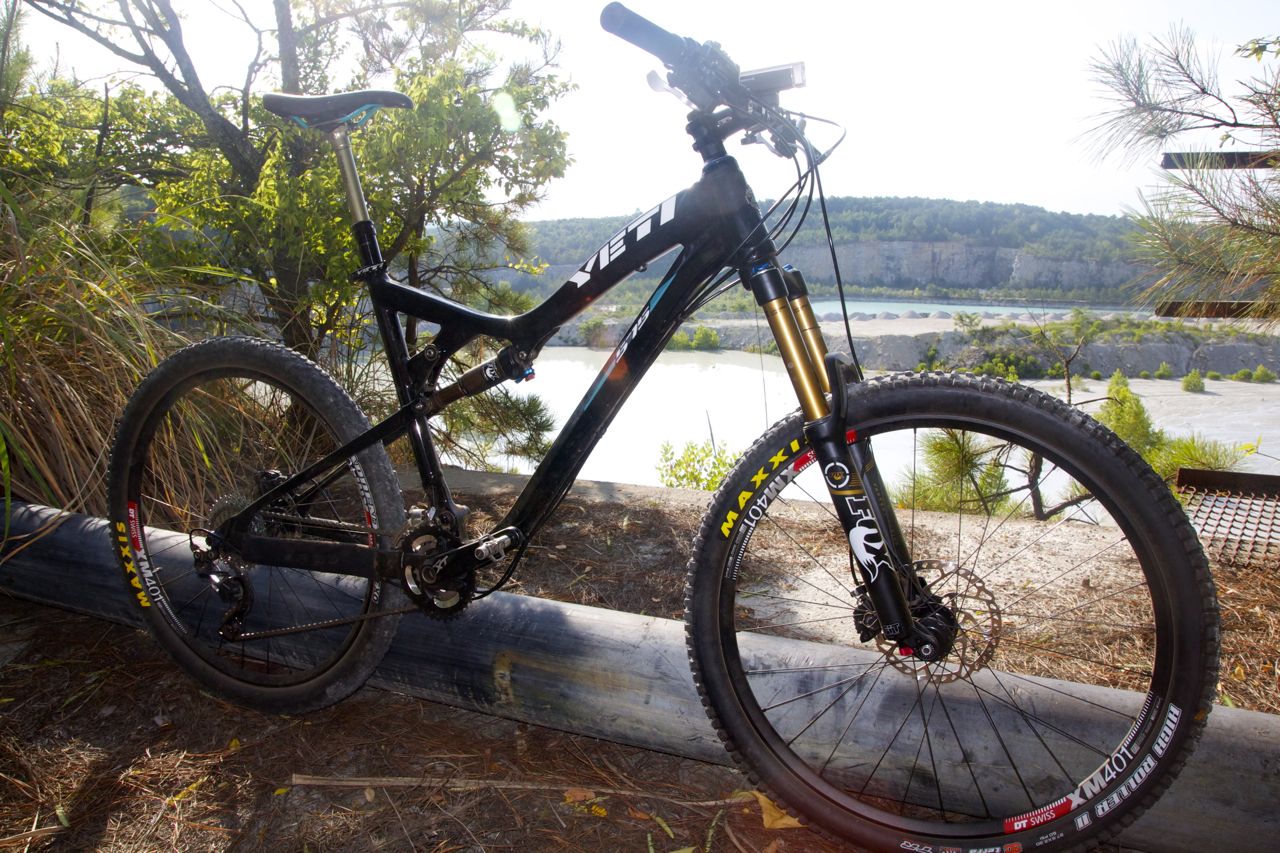 Here it is hanging out in my hallway. “Don’t do your work,” it says. “Take me to the trail and ride me instead. No one will mind. Come on!”

Damn it, Yeti 575, I have to get some stuff done right now. Stop tormenting me!

Torment Me Some More

The Yeti 575 was my first experience with the Fox CTD system, which it has on the shock (FOX CTD Adjust K+) and the fork (FOX 34 150 Kashima 15). Fox has a nice video explaining what CTD is all about. Check that out here. I would probably tell you something wrong, and this is the internet. Wrong stuff is not allowed. 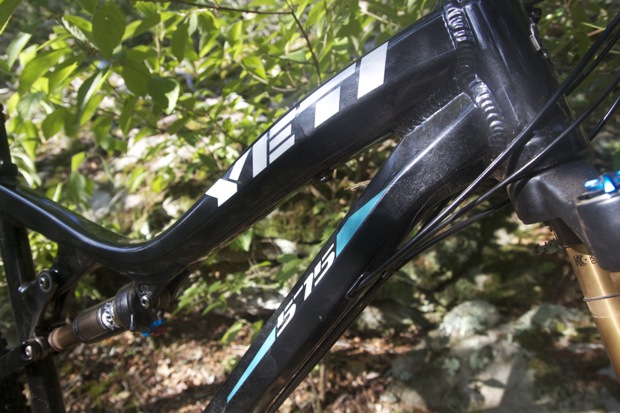 Among other swanky features on the 575’s Race build, which I have, is the Thompson Elite Covert dropper seatpost. It’s “elite” because it’s fancier than a lacemaker’s socks, and it’s “covert” for two reasons: because it has a remote lever, and because the cable for the remote goes up the seat tube like a catheter. On the non-covert models the cables are on the outside where they could easily snag your genital piercings.

I’ve been hearing all about how amazing dropper posts are, but because I am pleasingly plump and frighteningly slow, I don’t do any of those fancy “jumps” you kids like to do. I have never investigated dropper posts. But now that I’ve ridden one, I realize how nice it is to not have a seat rammed up your chamois every time you roll over a log.

Wide as the Day is Long

If I have a tiny complaint about the Yeti 575, it might be the width of its bars, Eastern Havoc Carbon (750MM), in relation to the width of my apartment hallway. Just look at how narrowly it fits out the door:

But it’s not just my hallway that is trying to cramp the 575’s style. Look at these two trees growing all close together like a couple of big wooden jerks.

Having done a fair bit of riding out west, I know you guys don’t have that many trees, but near the underground lair where I make my home we have lots. I guess if I owned this bike I could cut the bars down, but Yeti would probably not be pleased with me if I took a butter knife to these fancy crabon fribé bars. That’s how you cut carbon, right?

I am very much enjoying being tempted by the Yeti 575. I might not have gone out in search of it of my own volition, but having ridden it, I can say that it is melting my cold, black, Grinch-style heart. Maybe I’m really a downhiller inside the body of an XC slowpoke! Maybe I’ve been repressing myself all this time.

…Nah, I could never be a downhiller. Don’t like Red Bull. Oh well. 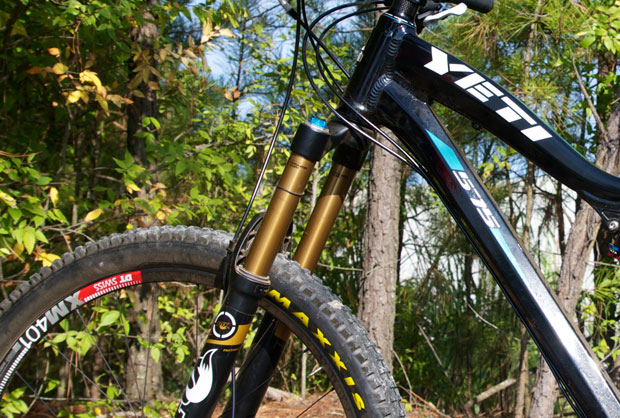 With a price tag of $4600 as I have it equipped in “Race” spec, you’d need a stout heart and a stout wallet to add the Yeti 575 to your stable. But you get some heart-pumping features in addition to those I’ve listed, like the Shimano XT build group and DT Swiss wheels. 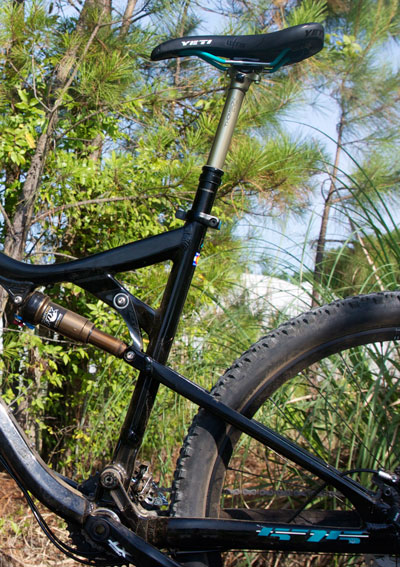 Oh! I almost forgot. Perhaps the best thing about it is that it has 650B wheels, which means that you can laugh at both your 26″ and 29-er friends. Man, how can they live with themselves? 26 inches? 29 inches? Buffoonery!

If you have a chance, get yourself to a Yeti dealer and take the 575 for a spin. And grab yourself a can of Red Bull while you’re at it. Who knows? Maybe you’re a latent all-mountainey downhiller!

Thanks to Yeti Cycles for lending us the 575 for review.

Cant wait to see your thoughts on this. We recently got a few of these in at the shop I work at and thought it was maybe just a bit too slack as well. I was also very worrisome about the portly weight. Seems extremely robust for all mountain ripping though!