Every year I attend Interbike I try to decide what the overall “theme” of the year is. Granted, assigning the entire expo a singular “theme” is pretty contrived with thousands of exhibitors in attendance, but every year at least a few key trends take center stage in the mountain bike industry. While I’ve personally been of the opinion that fat biking has been the biggest story in mountain biking in my generation, with 27.5 finally finished with its throws of adolescent rage and settled into a more even-keeled adult existence, fat biking and 29+ is taking center stage.

While none of the three brands that I’ll be covering in this article have yet produced a 29+-specific frame, every single one had a bike on display with 29+ wheels. 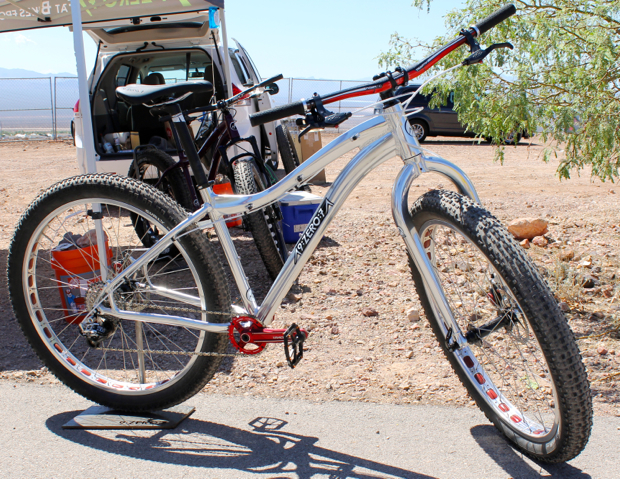 I see all three of these companies essentially saying, “yeah, we see all the noise that you other guys are making with your 29+ bikes. But hey, we already produce stupid-light frames, and not only can they run fat tires for winter riding but they can drop down to faster, more nimble 29+ tires/wheels for summer riding as well. Our bikes can do it all!” 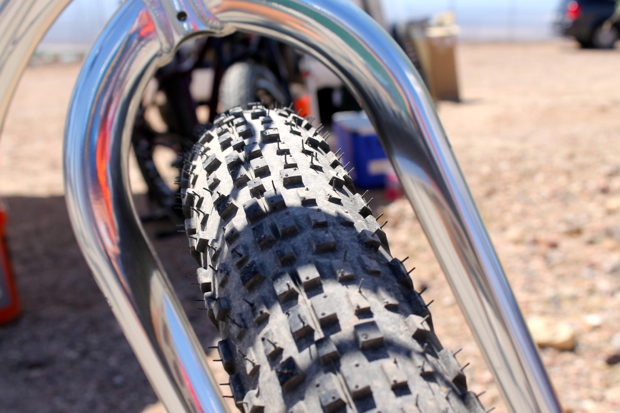 While my gut assumption was that 29+ tires would look absurdly small and under gunned in a fat bike frame, after checking out about half a dozen of these 29+ conversions, I realized that’s just not the case: 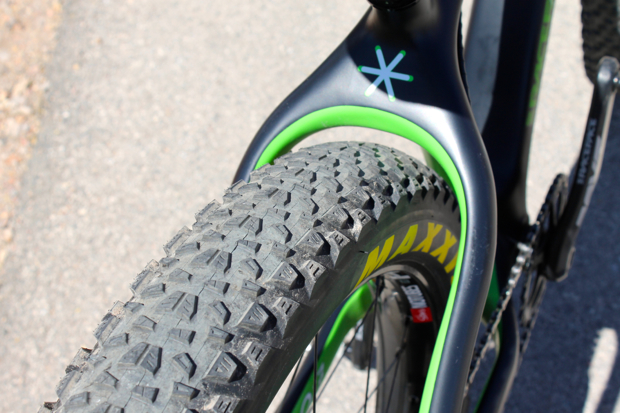 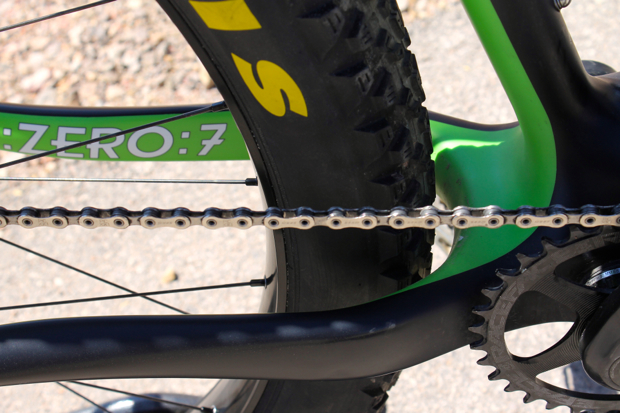 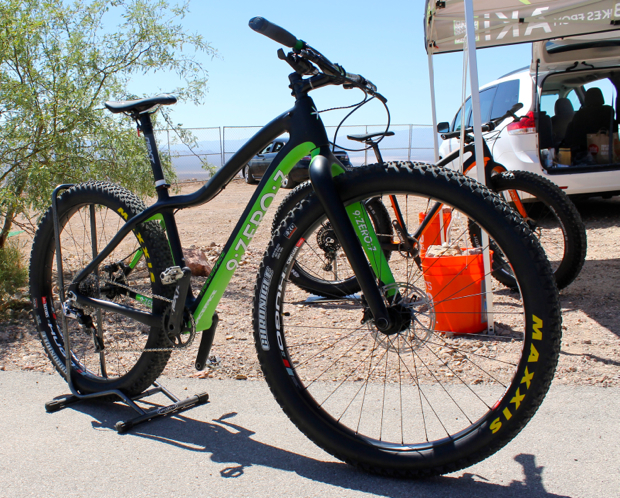 While the 29+ revolution is pretty rad, the biggest news from the 9:Zero:7 booth is the announcement of their full suspension fat bike. While still technically a prototype, this bike is so close to production that 9:Zero:7 was running a contest during the expo to choose the name of their new fatty: 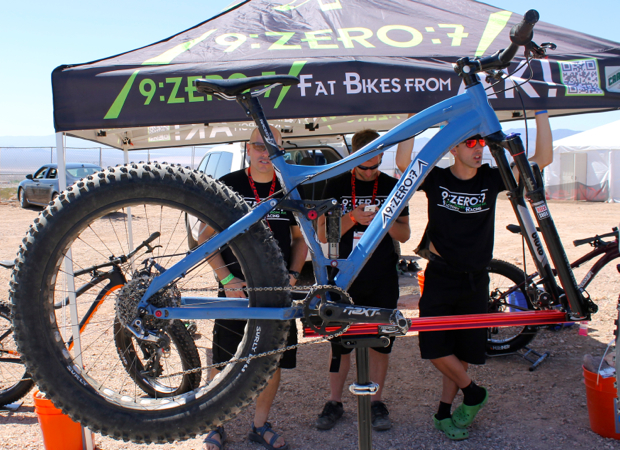 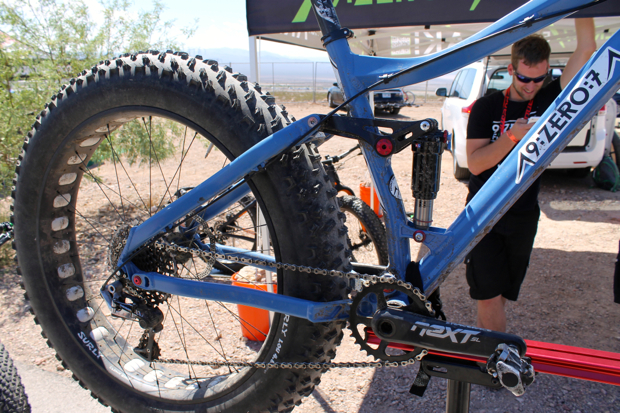 “What sets this apart from the Salsa Bucksaw?” you might ask. Well, I’m glad you did, because unlike the Bucksaw with its 4″ tires, the prototype 9:Zero:7 is designed around massive 5″ tires. That’s right: bigger is always better! 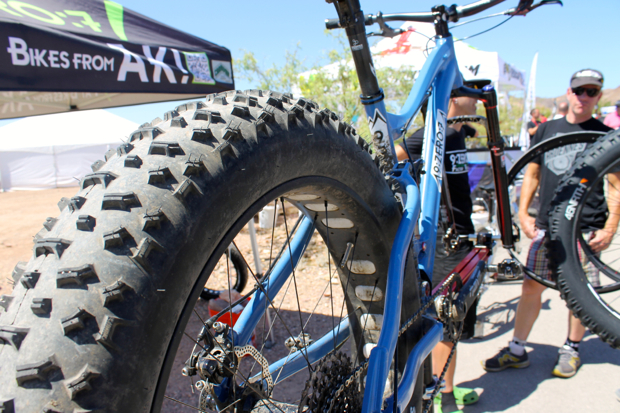 It seems like we’ve been talking Borealis all week, with Jim and I reviewing both of their production bikes: the new Echo and the Yampa. 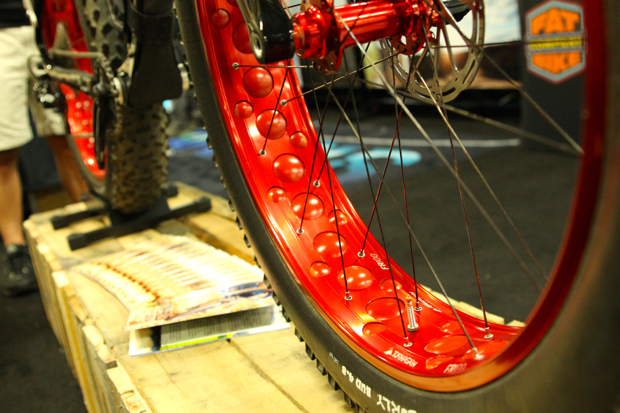 However, I did spot one interesting tidbit at Borealis’s booth on the trade show floor: an Echo setup 29+ and using a RockShox RS-1 as a suspension fork: 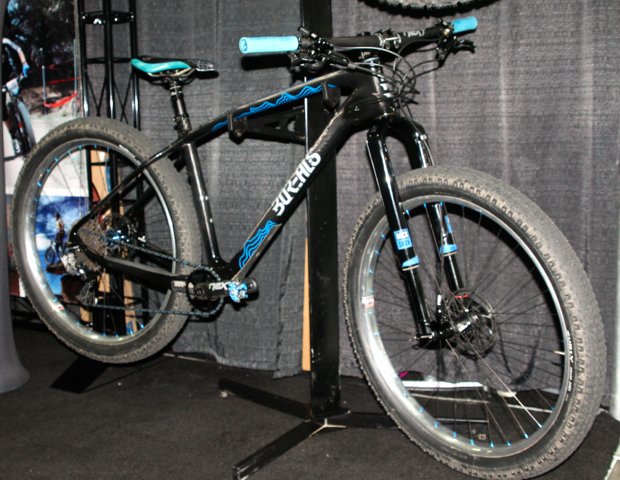 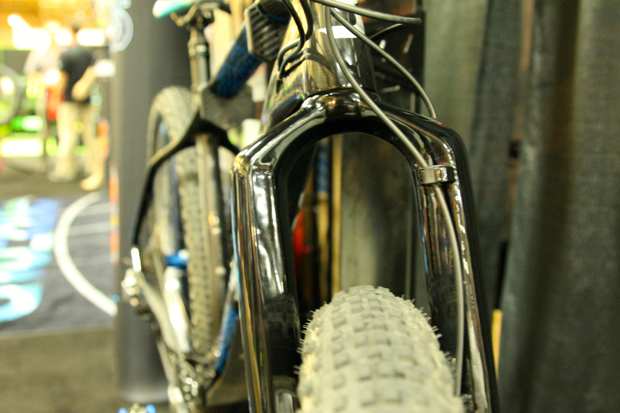 I spoke with the Borealis guys, and in order to safely run the RS-1 they began by installing the 120mm 29er version. Then, they modified the fork with an internal stopper that limits the travel to 100mm, in order to keep the tire from bottoming out on the crown of the fork. While admittedly this required a good bit of modding to produce viable 29+ suspension, this is the most elegant 29+ suspension solution I’ve seen yet.

Last year at Interbike we talked about the new carbon Fatback Corvus that was supposedly coming out soon. Well, it’s been a full year, and Fatback has finally started shipping the Corvus! 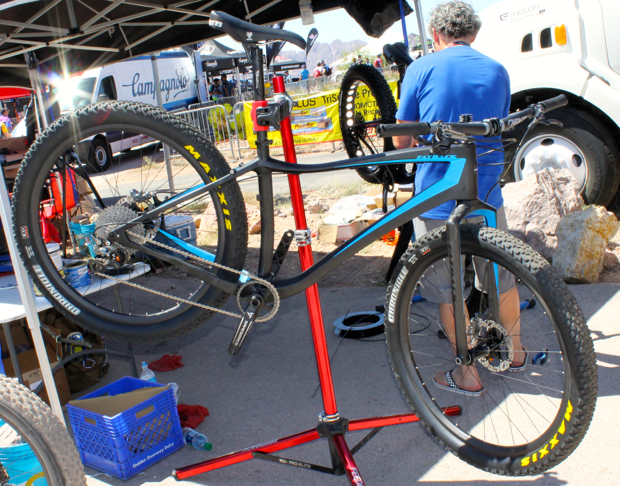 When I inquired about the super long lead time on this frame, Fatback said that they didn’t want to rush the production of this bike, not wanting it to turn out half baked. We might be able to name names of other carbon fat bikes on the market that feel like key details were overlooked in their production, but we’ll leave that deduction for astute readers to make for themselves.

While I unfortunately didn’t have time to ride the Corvus at Outdoor Demo since the few demo rigs they had were constantly off the rack, I spent some quality time with my camera and the new frames, and the details on this new bike are absolutely gorgeous and totally dialed. Check out some of the detail shots here: 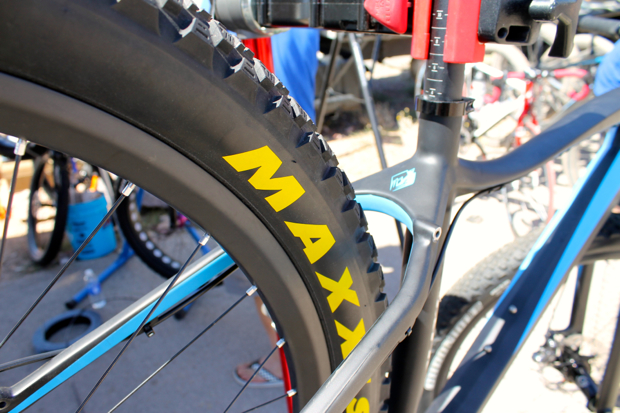 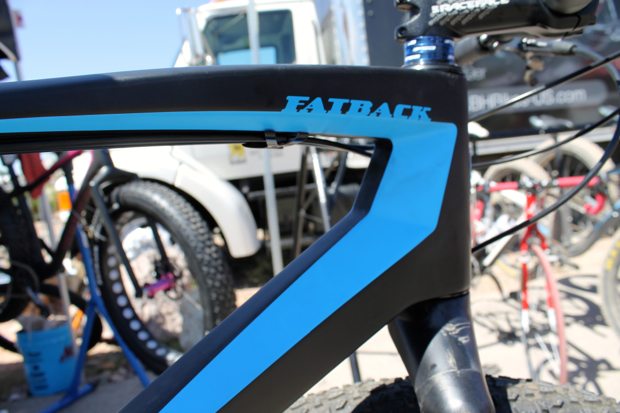 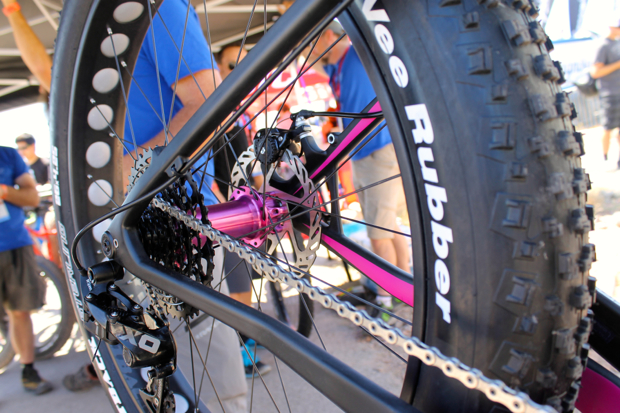 I inquired about complete bike weights for the Corvus, but Fatback didn’t want to comment since these frames are so new that they haven’t had a chance to see how light they can build one. But suffice it to say that final top-end build weights will be somewhere in the low 20s.

I personally think that fat bikes and pseudo-fat bikes (aka 29+) are the big story of this year’s show, and these killer offerings from three of the most dedicated fat bike companies are just the leading edge of the fat bike storm!

It feels a little cliché to say that fat bikes were the big story at Interbike but like you said, there really hasn’t been anything this big in mountain biking in more than a decade. Sure, 29er and 27.5 wheels swept through the industry recently but honestly neither made a huge change in how people ride. Other big changes–like improvements to suspension–have been more incremental.

That Borealis with the 29+ tire in the RS-1 looks like it has very little side clearance. Someone needs to make a proper fork for these bikes already. 🙂

More fatbike coverage to come, including some brands/bikes you may not be familiar with…