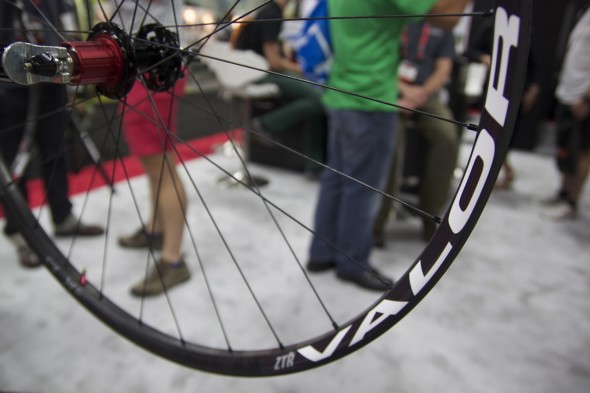 I dropped in on Stan’s No Tubes at Interbike Wednesday and got a sneak peak at the latest from the company: carbon rims and a new fat bike wheel prototype. 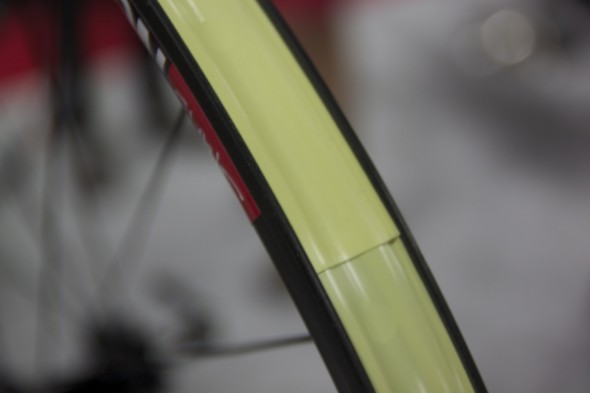 Many riders know Stan’s for their tubeless conversion kits, rim tape, and tire sealant but the company also sells a line of lightweight wheels that’s quickly gaining devoted followers. Now the company is producing its first carbon wheelset called the ZTR Valor that should be priced around $1900 once they’re released. The rims feature Stan’s Bead Socket technology which results in lower sidewalls (and lower weights) than many rims on the market today.

If you’re itching to get these wheels on your bike, take a number. The manufacturing process for these new wheels is said to produce 5-6 wheel sets per day right now so it will be a while before we see the ZTR Valors in wide availability. Surprisingly, carbon rims are built using a handmade process, even in the age of mass production, and therefore require a good deal of labor to produce.

In addition to carbon wheels, Stan’s also had a prototype fat bike rim on display. The rim features almost zero sidewall thanks to the fact that fat bike tires tend to insulate the rim from dings on the trail. Unlike many of the fat bike rims we’ve seen, Stan’s prototype didn’t feature weight-saving cut-outs yet the overall weight remains competitive thanks to the ultra-low sidewalls. 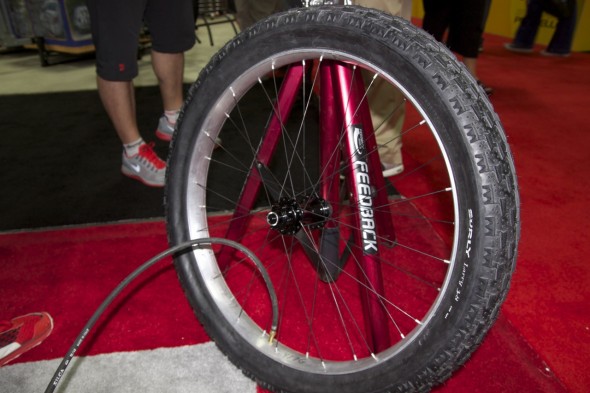 Tubeless tires seem like a natural fit for many fat bike applications given the high weight and cost of large volume tubes. I asked if the company has any recommendations on how much sealant to use with a tubeless fat bike set-up but it sounds like they’re still working that out in testing. No release date has been set for the fat bike rims yet.

Progression
How to Ride Flat Corners on Your Mountain Bike
Progression
Sizing Up or Down Based on Riding Style Can Work,...
Trails
Passing By: Mountain Biking the Steep and Rugged Trails of...
Trails
Cuyuna and Pisgah Add New Trails, While Utah Gets a...
Subscribe
Login
Please login to comment
2 Comments
Most Voted
Newest Oldest
Inline Feedbacks
View all comments

The carbon rims are verrrry interesting, and super light (~300g for the 29er!) They are currently not planning to sell the rim on it’s own, so wheelbuilders such as myself will not have access to them, not at first anyways. But, I’m interested in seeing how well they hold up for folks long term. Some reports I’ve read Stan’s is making claims that the wheels offer vertical compliance….if that’s true, the only way to do that would be to have a rim that flexes, which will do bad things for spoke tension, which will lead to broken spoke rather quickly. Time will tell.

Stan’s said that the carbon would have less flex than the Crest.