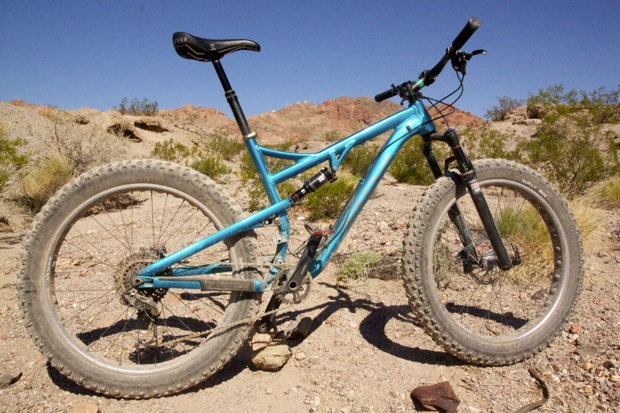 I’m a new believer in the idea of summer fat biking and in particular, the merits of pairing suspension with fat tires. So I jumped at the chance to test the Salsa Bucksaw, one of the first production full suspension fat bikes to hit the market, and it was easily the best bike I’ve ridden this year.

Salsa positions the Bucksaw as an unabashed summer fat bike spec’d with 3.8″ Surly Nate tires, which are much narrower and feature a more rounded profile than typical fat bike tires designed for snow.  The model I tested is also spec’d with a RockShox Reverb dropper seatpost, something most snow bikers have little use for but that summer bikers looking to go fast can more than appreciate. 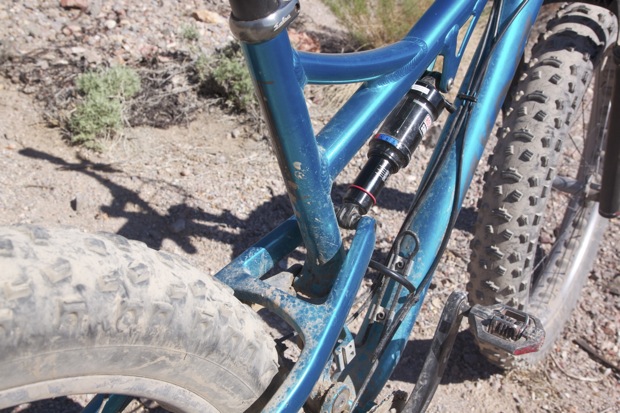 The Bucksaw’s suspension features a split pivot design, which climbed as stiff as any bike I’ve tried. That’s not to say it’s totally efficient on the climbs, but most of the pedal bob is gone. In fact, depending on what tire pressures you’re running, you may feel more bounce from the tires than the suspension. 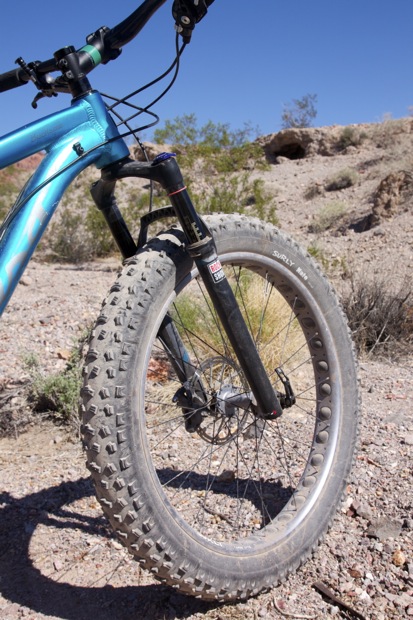 Of course, the RockShox Bluto fork is exceptional, and if you like RockShox forks like the Pike or RS-1, you’ll dig the Bluto since it uses much of the same air spring technology. I’ve said it before and I’ll say it again: just because fat bikes have big, squishy tires doesn’t mean they don’t need suspension (front or rear). Fat bike tires basically ride like bouncy, poorly tuned shocks and in my experience, adding suspension to the mix transforms the fat bike from a special use bike into a serious all-rounder.

I tested the Bucksaw 1 build, which features SRAM’s 1×11 X01 drivetrain and offers a good range for most riders, but more importantly, excellent shifting and chain retention through the rough stuff. The Bucksaw 1 also features SRAM’s Guide brakes, which offer more than enough stopping power, even for a big bike like the Bucksaw. 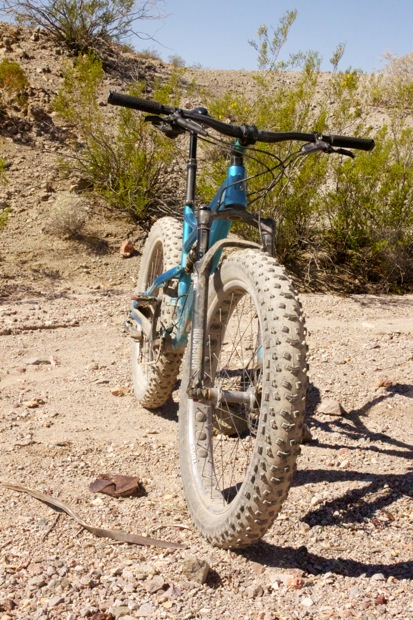 At 32 pounds, this bike has some heft to it but honestly, I didn’t notice it on the trail. I launched the Bucksaw off rocks and floated over chunder, almost as if I was on a lightweight FS 29er. The Bucksaw honestly rides like a mountain bike with superpowers: it’s great at all the stuff normal mountain bikes can do–climb, descend, corner, etc.–but the fat tires seem to make sketchy tech sections look and feel easier and smooth out rock gardens like a steamroller.

The Salsa Bucksaw is an exciting new bike that rides like nothing else out there and hints at a future where fat bikes aren’t just for snow riding. The Bucksaw 2 retails for $3,999 while the high end Bucksaw 1 will set you back $4,999. Sure, that’s a lot of money for any bike but honestly, this is the only bike you need. I already feel like I want to go steady with this bike and no, I wouldn’t mind making it exclusive.

Trails
The 12 Best Mountain Bike Destinations in the USA [2022]
Gear
Mountain Bike Tire Deals That are Poppin' Off
Gear
The Deal on this Ibis Trail Bike is Good AF
Trails
Eddie O'Dea is Attempting to Become the First to Bikepack...
Subscribe
Login
Please login to comment
2 Comments
Most Voted
Newest Oldest
Inline Feedbacks
View all comments

As a Fat aficionado, I have been pining to ride this bike since it was first announced. You describe exactly the way I would expect it to ride, and the way my LBS guys (who rode it at dealer camp a while back) said it handled. “one of the most fun bikes I’ve ever ridden” is what I have consistently heard. As fatties get lighter, stronger, and more capable, I am eager to see how that might transform the mtb market as a whole. While the mtb world has been wrestling with wheel sizes, the fat bikes have been wresting with hub sizes. When the dust settles it will be interesting to see what these look like 5 years from now. I predict smaller tires on the horizon, that are wider, lighter, and allow 5-6 inch tires to roll over anythign. The first FS carbon fatty is on the horizon. Companies are just starting to realize that there is a huge market for tires with fat bikes, and the new sizes and styles should be awesome. Great review…look forward to riding my fatbike more and more and new things come out to extend the season.

As much as I loved riding the 100mm Bluto fork bikes, I can only imagine what a full squish fatty is like. Jealous!