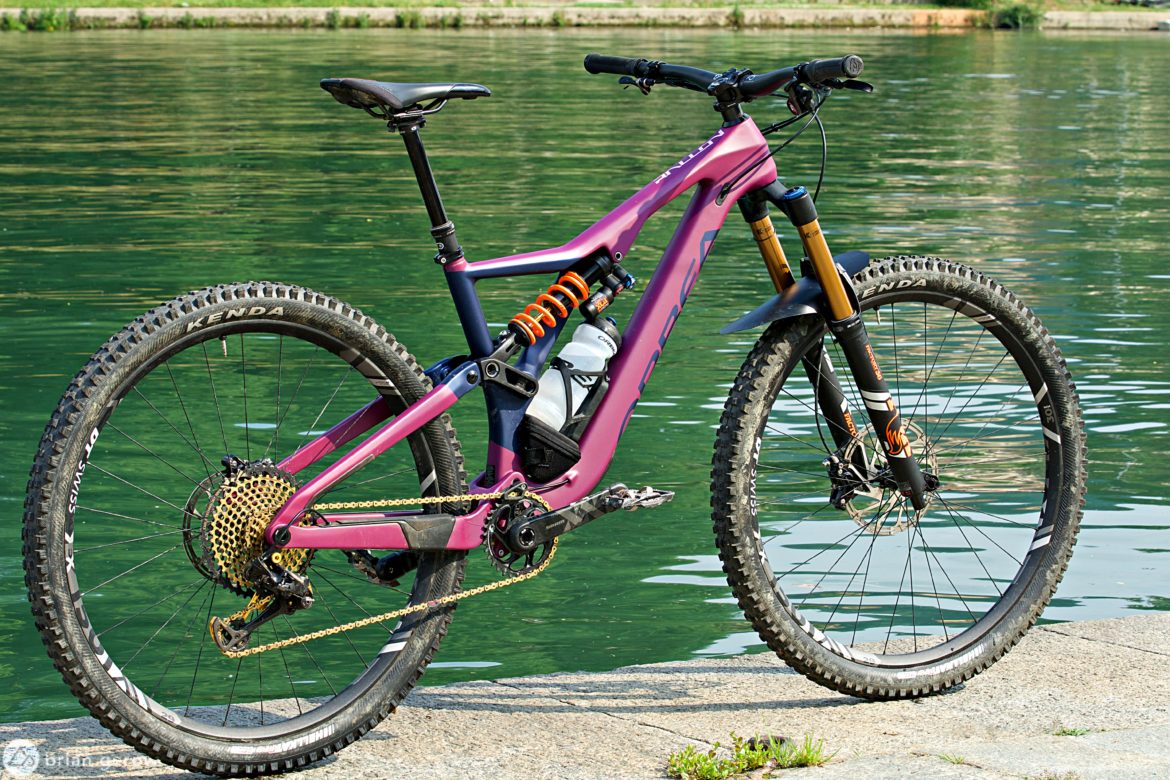 Orbea has crafted a sharp blade with its asymmetrical 2019 Rallon frame. The market segment for long travel trail bikes is massive, and truly standing out is often more about solid marketing plans than it is innovative designs. Orbea took a handful of modern big-bike elements, a second fistful of thoughtful innovations, and added three boatloads of aesthetic appeal to complete this decidedly race-ready machine.

When downhill and cross-country bikes were the only mountain bike available, there were always some that were more race-focused than others. Some XC frames would have bare derailleur cables running under the downtube, becoming packed with mud and dust throughout a ride. More race-ready whips kept the brake hose and cables tidy along the top tube, less in the launch-line of sticks and sloppy puddles. Though most bikes hold their hoses internally these days, the Rallon rests firmly on the race side of the long-travel-trail spectrum for several other reasons.

The bike sits as long/low/slack as most of its competition and offers the option to lean slacker if you desire. The 150mm of rear suspension can be handled by a coil or air shock, and the 160mm Fox 36 fork completes an overall stiff and precise feel throughout the bike.

The Rallon frame leaves scant room for a small bottle in the triangle, and my Syncros Matchbox didn’t fit well. I tried it with a traditional bottle cage, but the bottle still rubbed against the external shock reservoir. The stock Tool Bag Kit (pictured at the base of the bottle) that comes with the bike has enough space for a mini-multitool, a Co2 inflator, and a Tubolito innertube. If you remove that nifty stash bag you could likely modify the mounts on a bottle cage, allowing the bottle to sit lower in the frame, away from the shock reservoir. 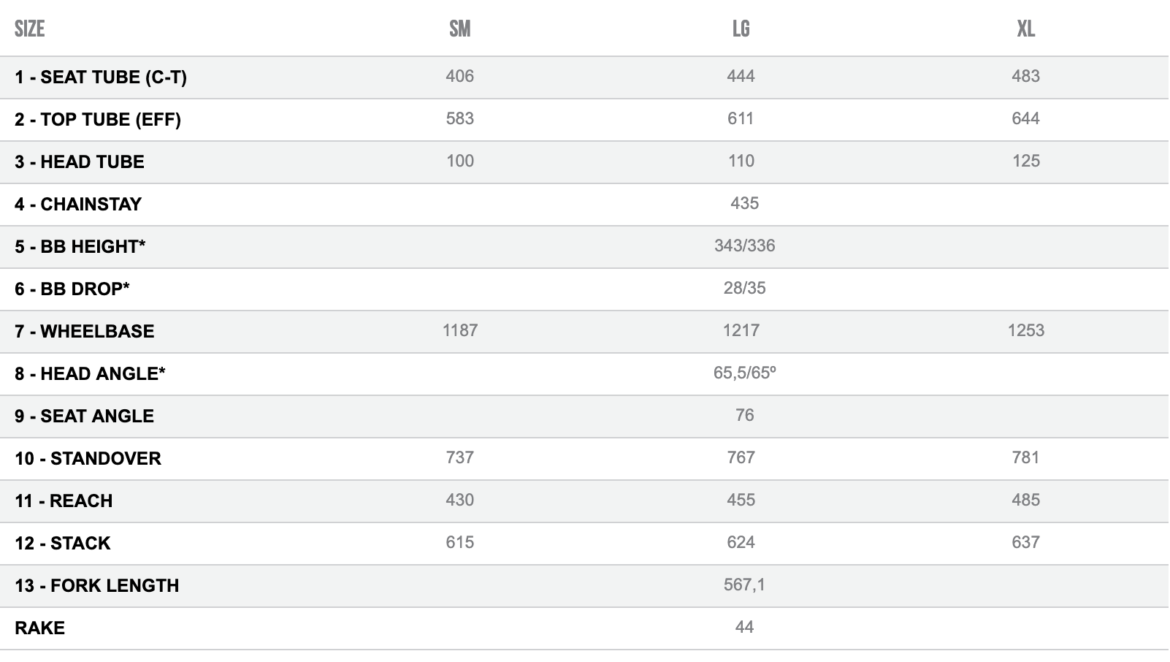 This bike marks the first time my 5’9″ (175cm) frame has fit on a bike marked “large,” and I selected the size based solely on the reach measurement. This bike’s reach is a mere 5mm longer than my daily-driving long travel whip, and with its 5mm shorter stem I instantly felt comfortable aboard the Rallon. My personal race bike also has 435mm chainstays, a 65° headtube angle, and a 76° seat tube angle, so it didn’t take us long to get acquainted. In terms of ride characteristics, those geometry similarities only stand out on paper, as this bike has its own unique trail flavor.

Orbea sent their top parts offering to test, with a full SRAM XX1 drivetrain; Code RSC brakes; Race Face Next R 35mm diameter bars and 35mm stem’ Crank Brothers Highline dropper post’ DT Swiss Spline 1501 30mm-wide, 29″ wheels; and Fox Factory 36 fork with a Grip2 damper in front of a DHX2 coil shock with a 450lb. spring. The only difference between the bike I tested and the stock LTD model is the DT Swiss alloy wheels take the place of the optional Enve M730s. This is exactly how I would order the bike for myself, so I wanted to test it accordingly. After riding the bike for a while, there are a couple of things I would like to change about the build, and those will be outlined below.

The LTD 19 build with Enve hoops retails for $9,999. The next model in the lineup is the M-Team 19, equipped with a SRAM XO drivetrain, Shimano XT brakes, and Fox Factory suspension front and rear, retailing for $7,699. The Rallon “base model” is called the M-10 19, and has SRAM GX Eagle parts bolted up, with Fox Performance suspension all around, retailing for $5,499. If you prefer to select every component yourself, you can order a Rallon carbon frameset à la carte for $3,999.

In addition to the sweet build options, customers can choose between three stock colors, or customize their frame color with Orbea’s My-O program. The customization program allows you to select a paint color for eight different elements of the frame from up to twenty-two different colors in some of the categories. Skittles anyone? 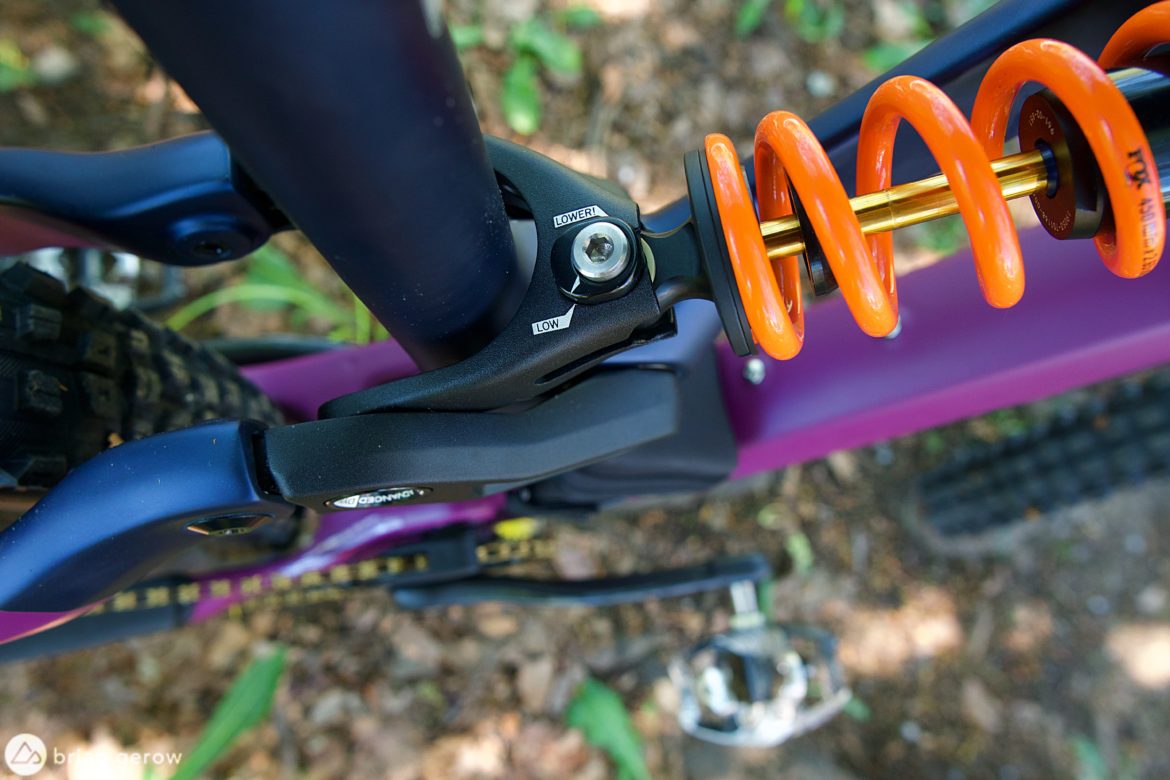 The Rallon arrived from Spain fully assembled, with sealant and air in the tires. All I had to do was sag the suspension, square the bars, neutralize all of the shock and fork adjustments, and go sort the rest out on the trail. I went for two rides with the bike in the “low” position before switching to the “lower” slot and leaving it there. The Rallon climbed well with the flip-chip in both positions, but I prefer to go all-in with the descending options when that’s what a bike is built for.

I had both air and coil shocks on hand throughout the test, but the bike rode so well with a coil that the comparison test wasn’t warranted. My other bike has a coil, and keeping the consistency seemed like a better way to test. It came with a 450lb. spring, which felt fairly “over sprung” or stiff at first, but once I dialed back the compression it made the bike feel nimble and pogo-stick like.

Between the hyper-adjustable Grip2 damper in the fork, and the slightly progressive four-bar linkage, this bike is a squish-nerd’s dream. I managed to dial in the suspension to my precise liking, with a hard and fast high-speed rebound, alongside greasy bump smoothing properties. Thanks to its light build and spry suspension tune this bike felt more agile than any other 29er I have tested. The Rallon truly made it easier for me to ride faster and flashier than I can on most other big bikes.

The Rallon descends as well as you would expect from a sled with its geometry and build, and it can swallow whole rock gardens and rough tracks at speed with the best of them. It is a fantastic gravity racing machine, without question. What stands out from “the best of them” is that this bike is fun and playful on flatter trails and tight tracks that I typically would struggle to ride with a bike this long. The Rallon is the first long travel 29er I’ve ridden that I would call a do-it-all trail whip. It’s not a DH plow, and it’s not an uber light trail bike. The Rallon plays in the space between a lot of others, while maintaining the descending prowess of the best race machines.

Similar to its downslope goodness, the climbing capability of the Rallon is not simply a box the Orbea engineers checked off. I climbed with the shock open as a rule, and the bike felt great on the way up. Leaving the shock fully open allowed me to get a feel for how well the bike was designed to climb, rather than how well the damper works. The Rallon is light compared to a lot of bikes its size, and the suspension platform holds your mass up in the travel with aplomb. The heavy 450lb. spring kept uncle Pedal Bob quiet, and went uphill smoothly.

The caveat to the Rallon’s ascent accolades is that the bike is notably stiff throughout, which contributes to every ride situation, including climbing. Between the sturdy Fox 36 fork, laterally rigid rear triangle, 35mm diameter handlebar, and uber supportive suspension platform, the bike rides like a sharp and accurate dagger. When I added the words “decidedly race-ready” to the title of this piece, the confidence inspiring accuracy that comes through its stiffness is what I was referring to. There is no question that the Rallon is made to be raced hard and fast.

If you prefer riding a cozy couch down the hill, this is not that bike. A friend of mine took the Rallon on a ride and didn’t like it in the slightest. He felt it was too rigid, and took too much work to ride. With a little more suspension tuning he likely would have a better go at it, but it did demonstrate the fact that this bike asks for a particular riding style. The Rallon wants to be thrown around, pushed deep into berms and compressions, and overall piloted aggressively. If you have a fairly active riding style the Rallon will be there to make it better for you. I spoke with a number of local racers who ride the Rallon, and they confirmed that it is a fantastic tool for the full-gas job.

I made it all this way without typing the word “enduro” to describe this bike, but I will say without a doubt that it a proper race bike for the stage-based discipline. It’s a bike that oddly “feels fast” and the Orbea Enduro Team’s four ripping riders are a testament to that sensation. Despite its race engine, I have enjoyed full day excursions on the Rallon, and would happily take it along on many more.

As Goldilocks had to work to find the right bowl of soup, I did find a few things that I would change about the bike and build. First off, a small water bottle just barely fits inside the frame, making it hard to remove and replace when you need a swig. This could be easily remedied by moving the bottle cage mounts a few centimeters toward the BB. Additionally, if this were my bike I would swap out the seat post right away. I found the Crank Brothers Highline post finicky to work with, and it required a lot of adjusting to keep it from slipping while pedaling.

Despite those minor gripes, the Rallon is one of the most fun and capable long travel-bikes I have ridden, and I highly recommend it to anyone stoked on speed. 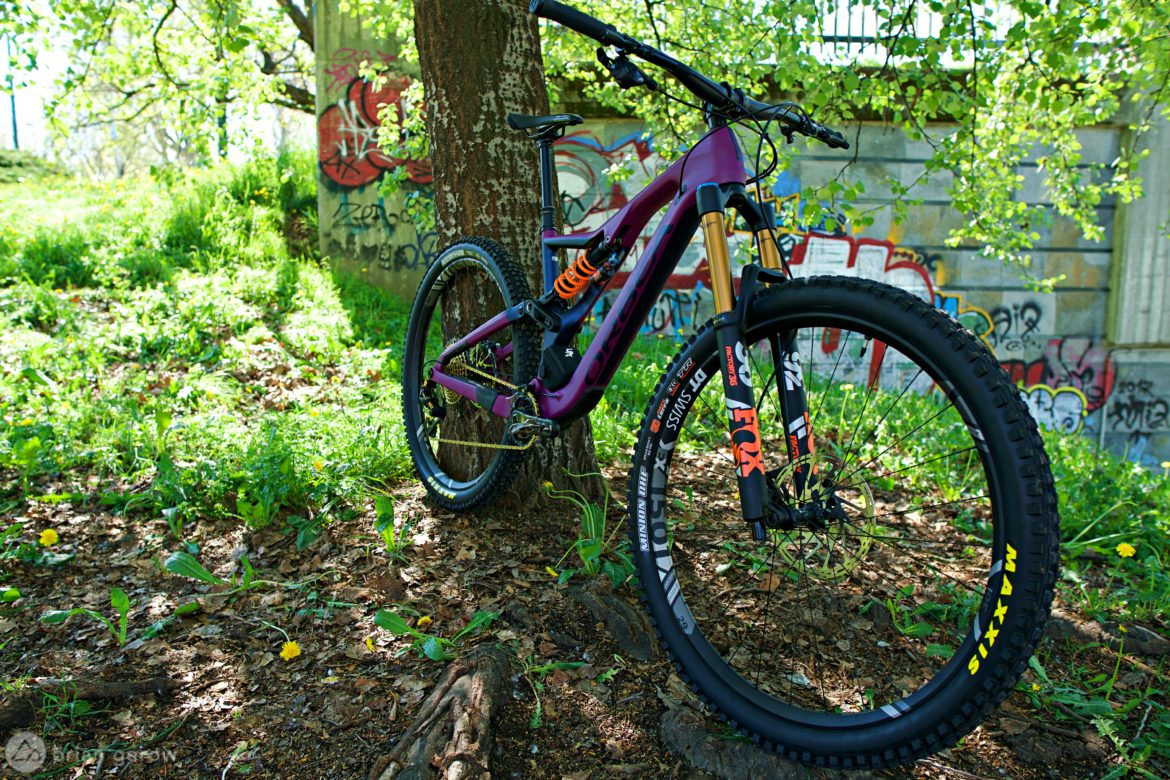 We would like to thank Orbea for loaning us the Rallon to review.