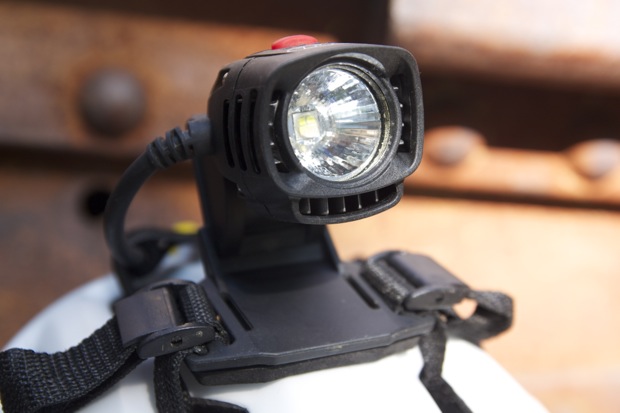 NiteRider has been designing action sports lights for 25 years, and that experience shows in every one of its products. The company’s Performance Light series features a wide range of lights, from the 220 lumen Lumina Micro 220 all the way up to the Pro 3600 DIY, one of the brightest bike lights ever produced. I’ve been testing the company’s Goldilocks light, the Pro 1200 Race light, and it’s proven to be as versatile as it is refined. 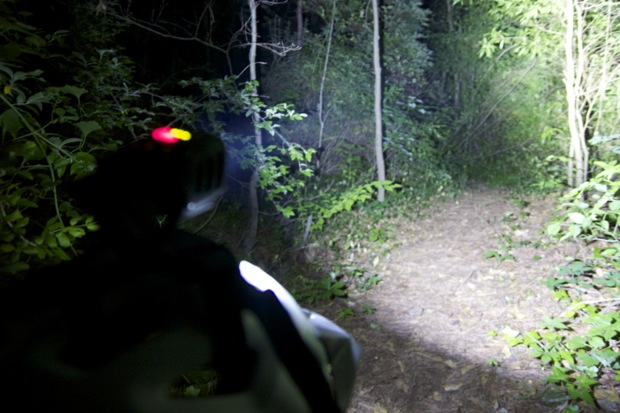 Consumers tend to focus on lumen counts when purchasing bike lights, and clearly manufacturers know this–why else would they include the lumen count in the name of the product? The NiteRider Pro 1200 pumps out–you guessed it–up to 1200 lumens of light. With the included battery riders can expect to get 1 hour, 45 minutes of run time on full power, though I haven’t needed that much light for most of my trail rides. In race mode (180 lumens), the Pro 1200 gets an insane 12 hours of battery life, 7 hours on low (300 lumens), and 3 and a half hours on medium (600 lumens).

I tended to keep the light in race mode for gravel road sections, which gave me plenty of visibility. And fast singletrack sections were completely navigable on the medium setting, giving me more than enough breathing room for a couple 3 hour night rides between charges. 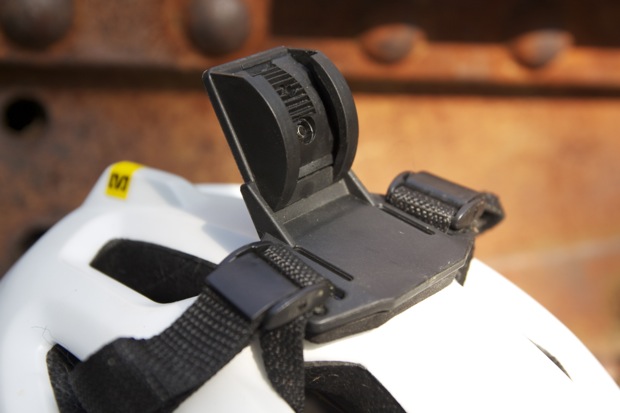 NiteRider includes handlebar and helmet mounts in the box for the 484g Pro 1200 Race, and they’re the best I’ve used. To the casual night rider some of the mounts might seem over-engineered but to the racer, every strap and fastener is designed for speed and reliability. On a recent group ride a friend’s older NiteRider battery ran out of juice, and I was surprised at how easy it was to swap my light onto his helmet mount with a click. This is the type of thing that racers–and really anyone who hates stopping on the trail–really appreciates about the consistency and interoperability of the NiteRider line.

The included bar mount is adjustable both up and down and right to left, allowing the rider to get the beam centered on the trail no matter where the mount happens to fit on the bars. The helmet mount is equally as versatile and attaches surprisingly well even to notoriously-bumpy vented helmets. A ramped receiver makes it easy to adjust the beam up or down, even during the ride–and the light stays where it’s set. 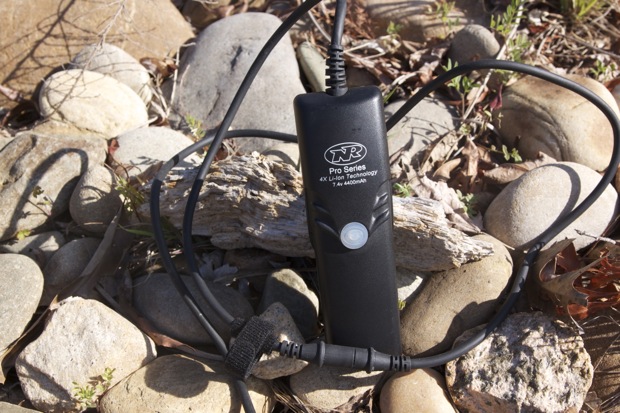 Cables can be a bit unwieldy when it comes to bike lights, but thankfully NiteRider includes nice touches like attached velcro loops for tying everything down. The cables themselves are burly and the connections are tight, though my one gripe is that I often have a hard time getting the orientation right when plugging the battery cable into the light and charger. After several rides I finally figured out the trick for plugging the light into the battery, even in the dark. Each end of the cable features a set of raised bumps that, when aligned, allow the plugs to be connected. It’s easy to feel these bumps even in the dark with gloves on for a no-look connection.

The 7.4v 4400mAh battery is wrapped up in a sleek package that’s easy to mount to a bike frame or throw in a jersey pocket. The entire system is sealed to protect it from the elements, and I’ve had no issues despite some very wet rides. 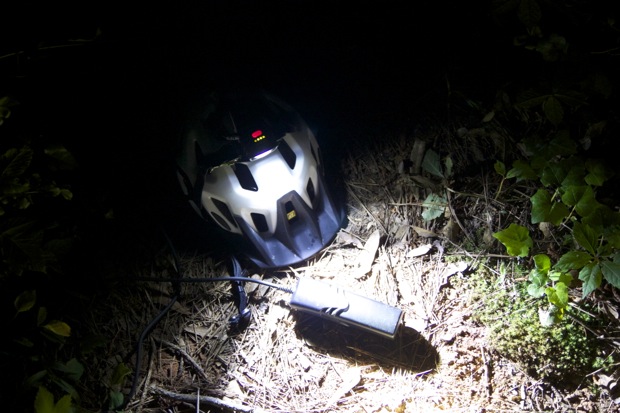 For those who are new to night riding, the idea of running a bike light on any setting other than high might sound strange, but in reality the amount of light needed will vary based on trail conditions, the rider’s speed, and the light’s beam pattern.

On twisting, forested singletrack I found I could get away with the low or medium setting on the Pro 1200 Race since I was unable to see beyond the next turn anyway. A single press of a button switches intensity modes, and thankfully the Pro 1200 Race features a durable plastic covering over the heat sink to avoid accidental no-look contact.

While descending fast, relatively straight trails I probably switched on my high beam a couple times, but medium generally provided enough visibility even on descents. As a point of comparison, a typical motorcycle headlight might also produce 1200 lumens… but motorcycles go a lot faster than mountain bikes!

NiteRider has clearly put a lot of their design experience into the Pro 1200 Race beam reflector to maximize the effectiveness of the Cree LED inside. The result is a beam that covers the majority of the rider’s field of view and isn’t blindingly harsh on the trail.

As with any single-lamp system, I found the Pro 1200 Race to be most effective when mounted to my helmet. This allows the beam to follow my field of view, whether it’s to peek at what’s around a corner or to fix a flat. The beam pattern is wide enough and bright enough to mount on the bars, but this configuration certainly limits owl watching during the ride.

The NiteRider Pro 1200 Race light system is super versatile, and I’m impressed at how refined each component is: from the sleek battery pack to the velcro cable ties to the adjustable helmet mount. At 1200 lumens and roughly 2-12 hours of run time, this is a light that even Goldilocks herself could appreciate. Just don’t expect the Pro 1200 Race to protect you from the three bears.

Thanks to NiteRider for providing the Pro 1200 Race light for review.

The NiteRider Pro 1200 Race light is AWESOME! Worth every penny. I recently bought one to replace my 2001 NightRider Storm (500 lumen, 15 years old). Singletrack, dirt roads, roads, doesn’t matter – all are accessible and enjoyable with this light. I wear mine on my helmet. In Michigan it is perfect when firearm hunting season for deer opens (Hunting not legally permitted after dark). Surprisingly lightweight and efficient, I am comfortable riding singletrack full speed in the dark with the NiteRider 1200 .