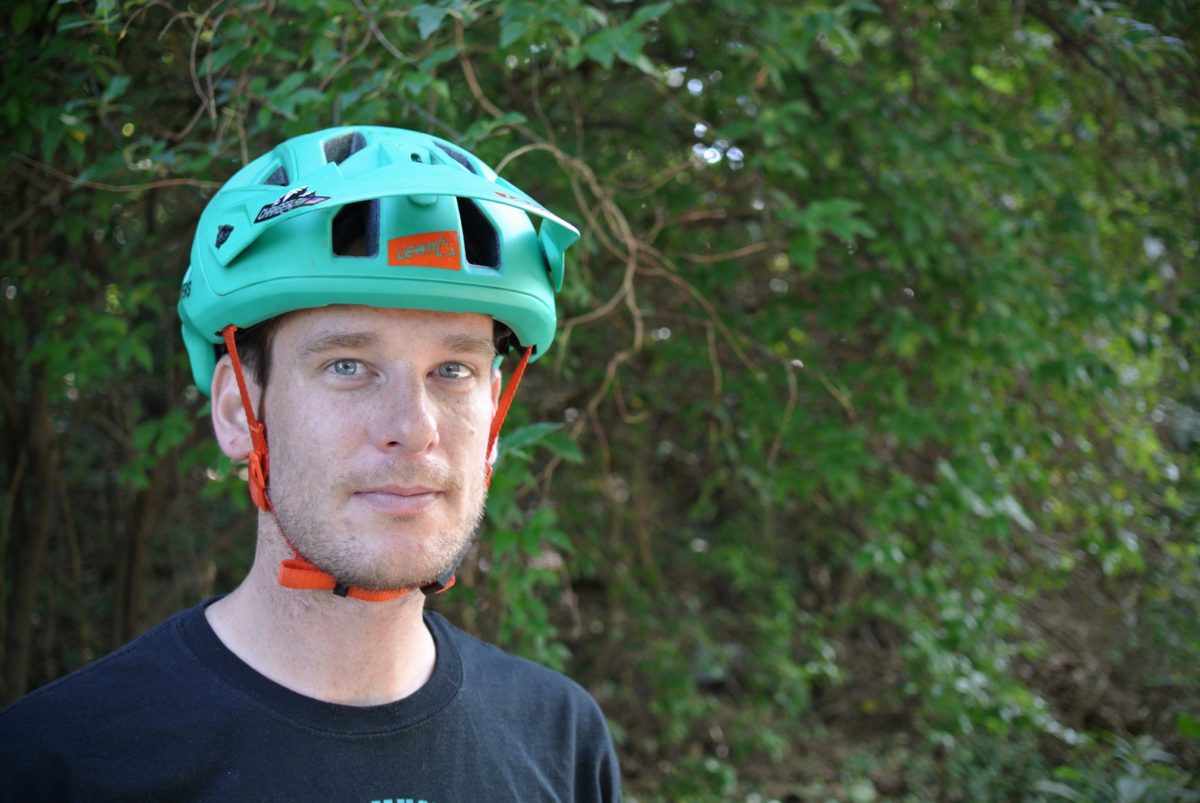 I first came across Leatt’s new DBX 3.0 helmet at Interbike last year, and I was immediately drawn to the Ninja Turtle-esque matte green and orange colorway. Leatt offers two versions of the DBX 3.0 helmet: one is the Enduro version which features a removable chin bar; the other is the All-Mountain version, tested here. Apart from the lack of a chin bar on the All-Mountain, the helmets are essentially the same. Leatt set me up with a helmet at Sea Otter this spring, and I’ve been riding in it since. 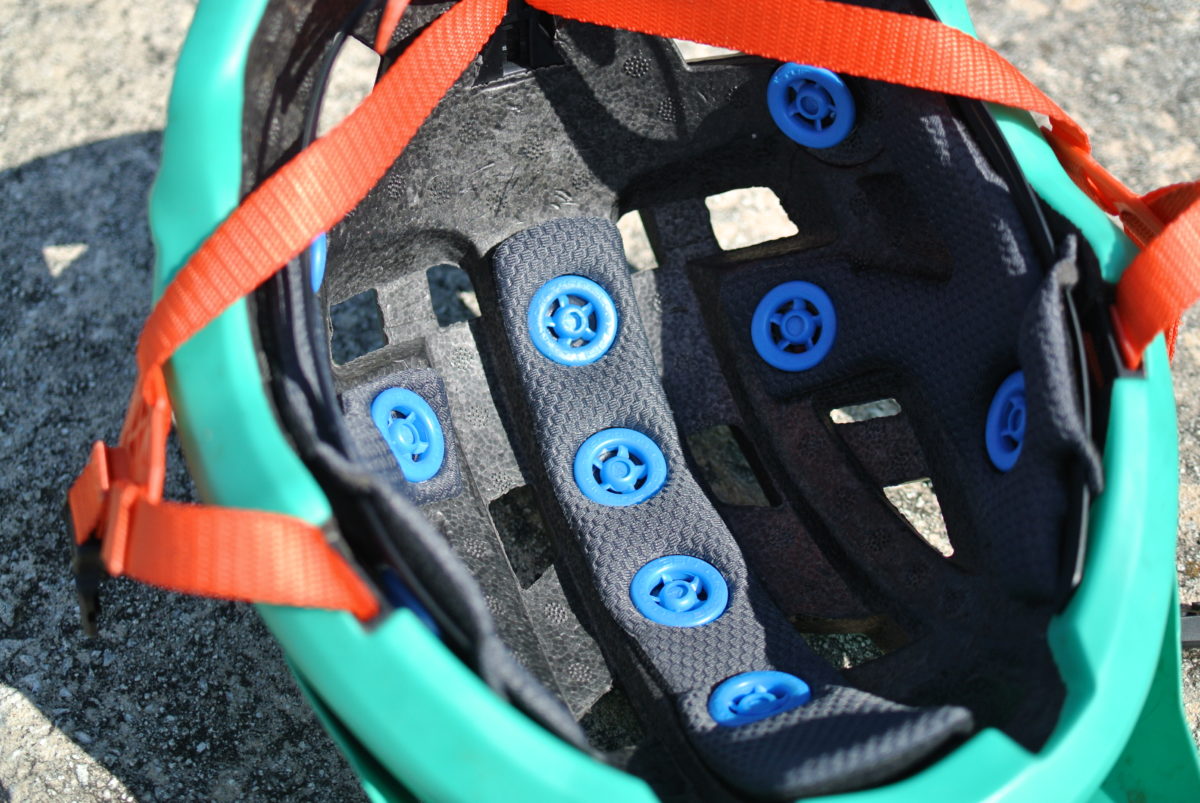 The DBX 3.0 All-Mountain has all the features we’ve come to expect from a modern trail-worthy helmet. Those include:

Leatt uses their own rotational impact system, which they call Turbine 360° Technology. It differs substantially from MIPS, which is probably the most common system used in the market today. Inside the helmet there are 10 small blue dials, aka Turbines. The Turbines are made from Armourgel, which remains soft and pliable until impact – then it hardens. Leatt uses Armourgel in other helmets as well as some of their body armor. Leatt claims the Turbine 360° Technology reduces rotational acceleration in addition to absorbing energy during impact.

Other nice features include: the thick, comfortable, and washable padding; a dial-adjustable fit; a breakaway visor; and the Fidlock magnetic buckle. I’ve tested a couple other helmets with magnetic buckles, and while it may seem like a gimmick, I appreciate how easy it is to operate one handed, while riding. Just get one end close-ish to the other and the magnet takes care of the rest. 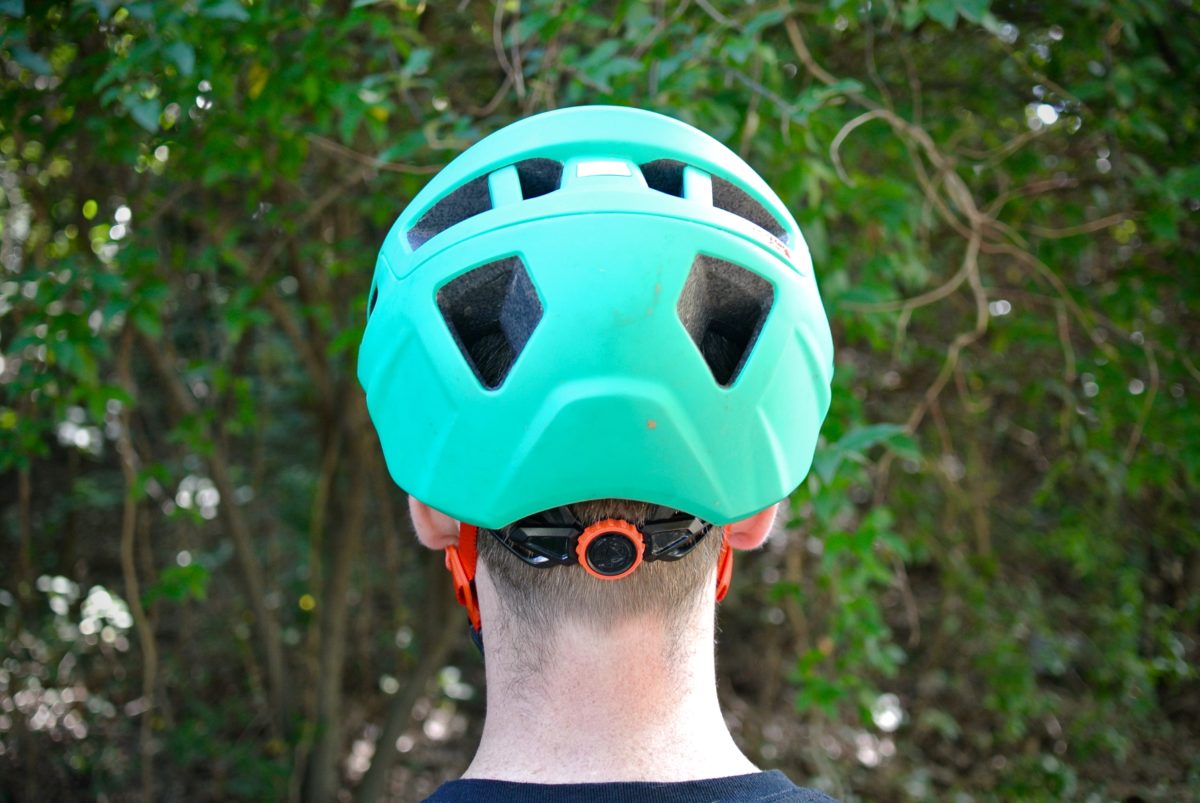 I tested a large DBX 3.0 All-Mountain helmet, which weighed in at 416g (actual). Pricing is $170 for the All-Mountain or $240 for the Enduro model, which includes a removable chin bar. Leatt offers the DBX in blue, orange, grey, and black colorways, in addition to the green tested here.

Regular readers will know that I’m constantly on the lookout for the perfect-fitting helmet for my head. The Smith Forefront I tested last year laid waste to all helmets I tried before, at least in terms of comfort. However, the Forefront’s unique Koroyd construction made it warmer than other helmets and made mounting lights or cameras difficult. There was another promising contender this spring, the Sweet Protection Bushwhacker II. The Bushwhacker ticked the comfort box along with a more traditional construction that offered plenty of mounting options. Unfortunately, once temperatures edged past 80°F, the Bushwhacker felt even warmer than the Forefront.

Enter the Leatt DBX 3.0. My first ride in the helmet was a pub crawl during Sea Otter in breezy Monterey. I was impressed with the comfort and fit, but we were riding cruisers along the Monterey Bay, not smashing out miles of trail in the heat. Needless to say, I was looking forward to trying it out at home.

Back on home soil, the DBX continued to impress me. The thick padding and Turbines provided ample space between my head and the rigid foam on the interior of the helmet. Tightening down the helmet for rowdy descents was as easy as turning the dial at the back. The height of the dial is adjustable to one of three positions as well. I preferred it in the lowest position, which situated the dial at the base of my occipital bone. With the chin strap tight, and the dial screwed in, the DBX 3.0 felt rock-solid on my head.

Speaking just to comfort, Leatt’s helmet is right there with the Sweet Protection and the Smith. Where it edges both of them out is in breathability. With 18 well-placed vents, my head stayed relatively cool, even during sweltering 90° rides. I think much of the credit for this goes to the two large vents at the brow of the DBX – something the Bushwhacker lacked. 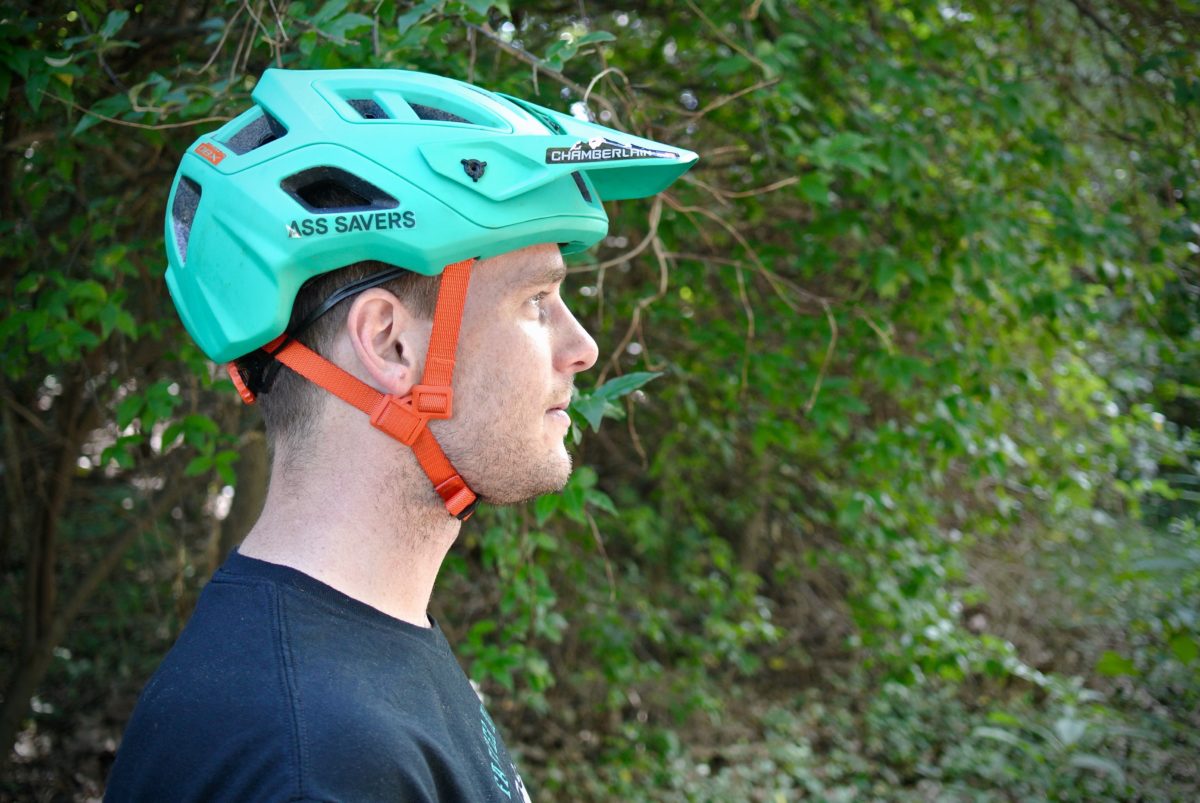 Leatt has a real winner with the DBX 3.0 All-Mountain helmet. It looks good, breathes well, and fits great. Really the only fault I can find with the helmet is that the visor is a tad too long for my tastes, but that’s easily remedied by rotating it upward. The features we now expect from a top-notch trail helmet are all included, along with some clever additions, like the Turbine 360° Technology and Fidlock buckle. If you haven’t surmised it yet, I have a new favorite helmet.

Thanks to Leatt for providing the helmet for review.