Last fall at Outerbike, the Pivot booth had crazy amounts of traffic and their demo bikes were constantly out on the trail. I didn’t get to ride any of their models during the expo, but they have sent over the Firebird 27.5 for a long term review.

Phoenix-based Pivot Cycles designs all of their bikes in house and builds their own prototypes and early product runs, with mass production taking place in Taiwan. With a full complement of CNC and test equipment, Pivot can react quickly to market trends and rider input, turning out new and refined models faster than many of their competitors.

Enter the Firebird 27.5. The Firebird began life as a 26er, but with the entire mountain bike world going nuts for the Goldilocks wheel size, Pivot got to work and tweaked the frame to accept the new wheel (with a 2.35″ tire) and installed a 160mm Fox fork with 34mm stanchions. In order to keep things in the proper place up front, Pivot designed their own angled headset to fit in the 1.5″ straight head tube. Remember those CNC machines I mentioned? The result is a bike that is arguably a 27.5 that used to have 26″ wheels, rather than a tweaked 26er. 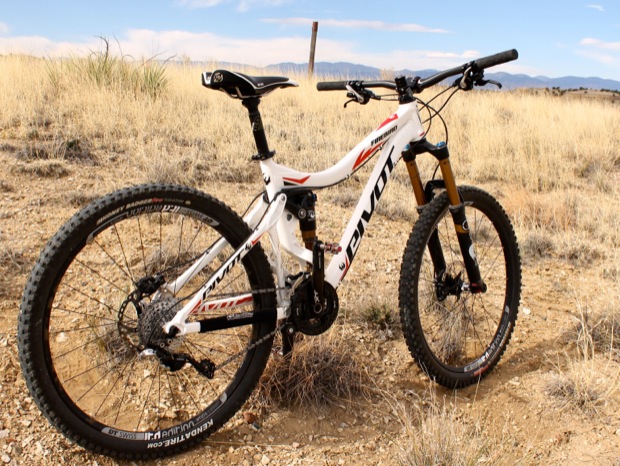 The Firebird comes in four trim levels, of which I received the $5,499 XT version. This model normally includes a KindShock Lev dropper post, but my test unit has a regular fixed post. However, it also has the upgraded DT swiss 350 wheels, so I’m not complaining!

After just a couple of shakedown rides (and some wrenching), my first impressions of this bike are incredibly promising. The 6+ inches of front and rear travel have tamed everything I’ve encountered so far, but with good pedaling manners. Climbing is surprisingly good, and I had to double check that the head tube angle is really 66°.

As mentioned, this is the XT model and it is 100% XT: from shifters to derailleurs to brakes, all bolted to an alloy frame.The shifting and stopping are every bit as crisp and smooth as you would expect. The rear derailleur is a Shadow+ clutch model, and there is chain retention and a bashguard from MRP at the other end of the drivetrain. 740mm Pivot carbon bars and a 60mm Gravity stem provide ultimate control over the front end while the spec’ed dropper post will be just the ticket for the enduro racing and big mountain riding this bike is intended for. The 2.2″ Kenda Honey Badger tires seem like they might be a bit underwhelming, but time will tell on that front. The DT Swiss hubs and tubeless wheels are excellent quality. The WTB saddle doesn’t like my sitter, but your mileage may very, and it’s easily replaced anyway. 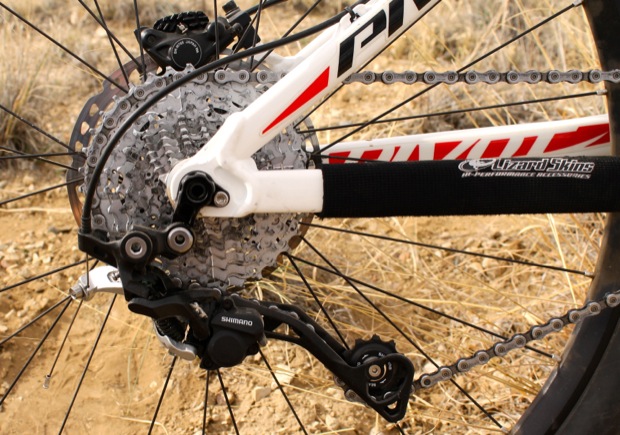 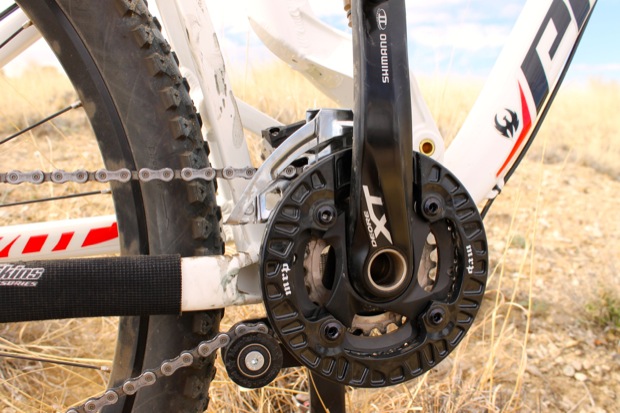 Pivot went with Fox front and rear: a 34mm FIT CTD Float up front and a Float CTD for the rear. Both are Kashima coated. Pressure and rebound settings differ substantially from what you will find on the Fox website, but Pivot has you covered with an included setup guide and a foolproof sag indicator for the rear. The rear suspension design is DW-Link, and so far it works as advertised. My test rig weighs in at 31 pounds 4 ounces with a pair of Eggbeater 3’s attached. 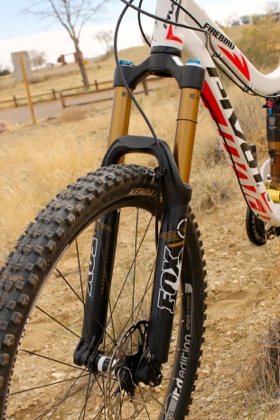 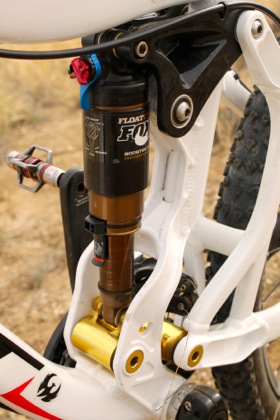 With slack angles, over 6 inches of silky travel, and wide bars/short stem, this bike is clearly aimed at the enduro crowd. More than just a fast descender, though, the ‘Bird also seems to climb well, and promises to be a good all around trail bike. As for fit, I typically ride a small in most brands, but a medium is a great fit for me on this bike.

Similar to the head angle, the seat angle is also fairly slack. All three available sizes feature a fairly short top tube, and therefore reach and wheelbase are also correspondingly short. This should enable the rider to get well behind the seat on steep descents and further enhance the downhill prowess, while hopefully not sacrificing climbing agility.

Stay tuned for the final review after I put some miles, and rocks, under the Firebird! 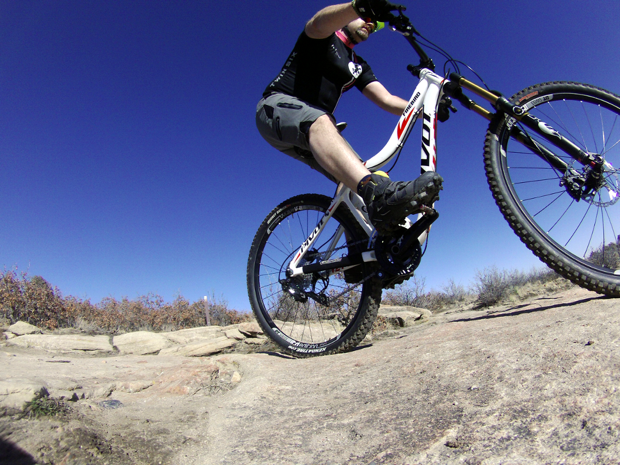 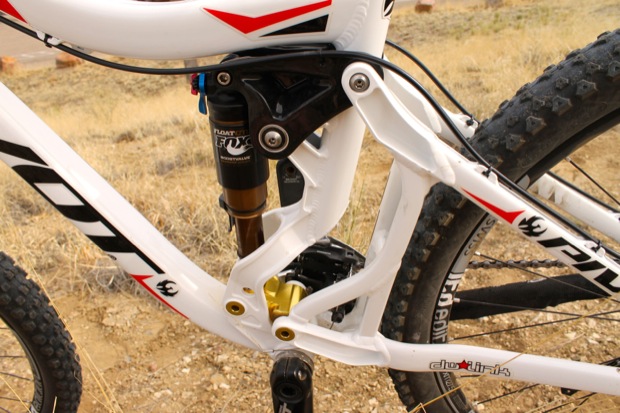 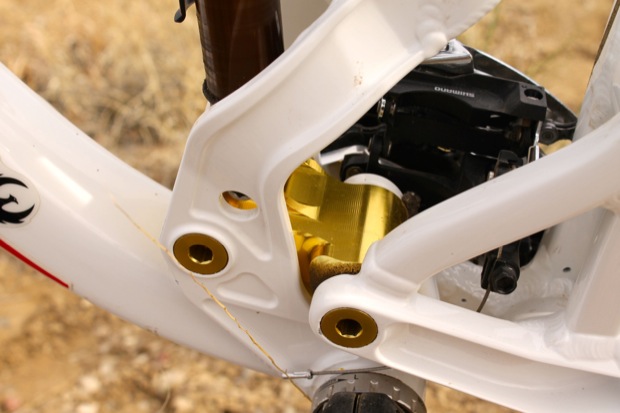 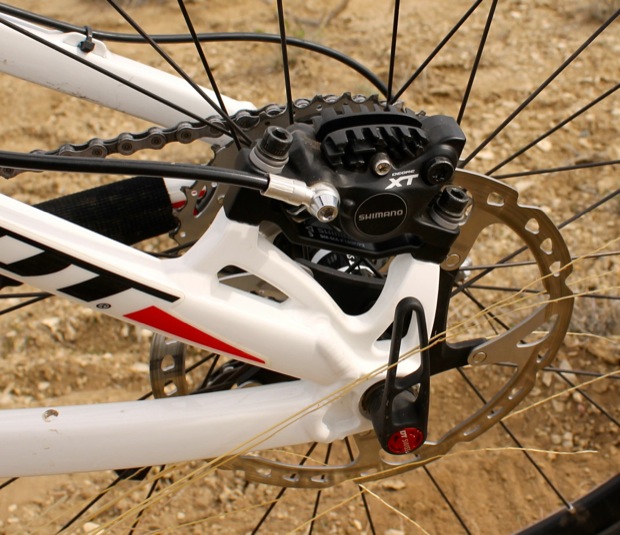 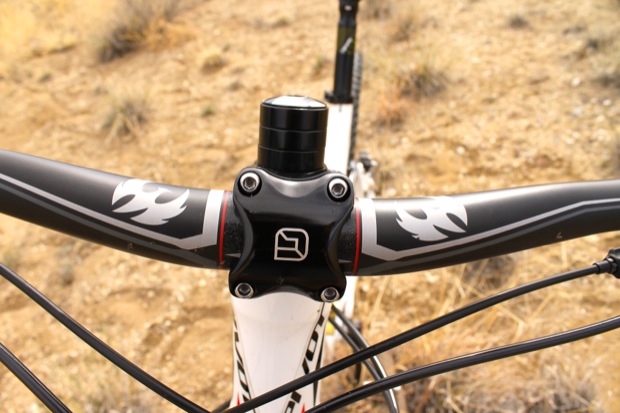 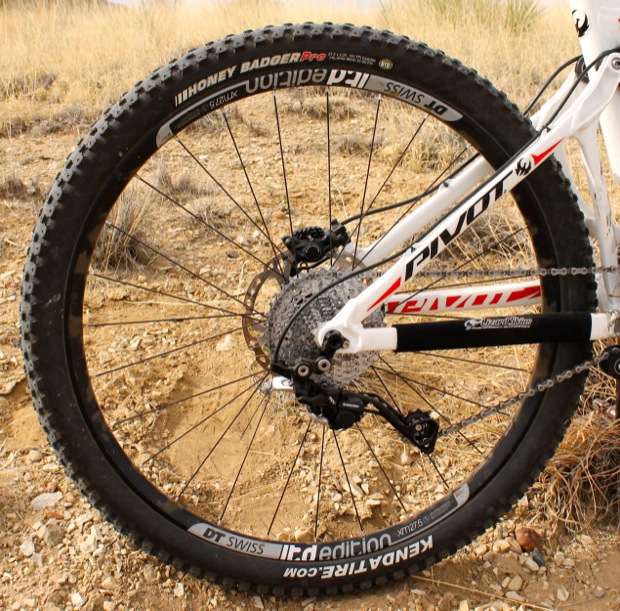 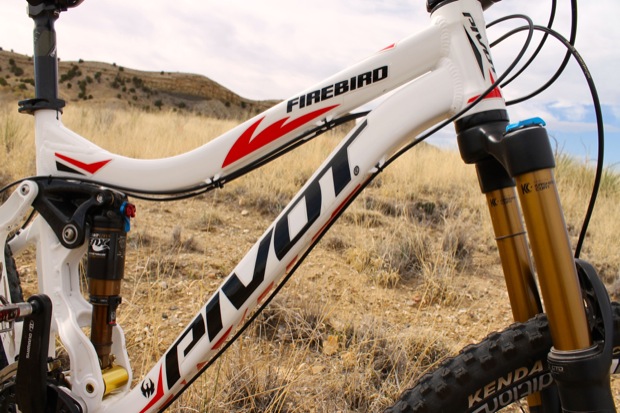 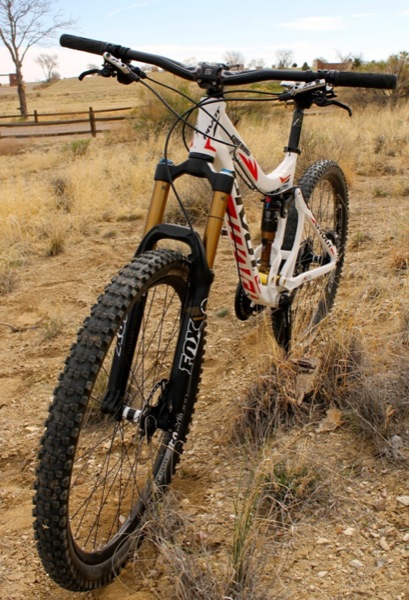 Thanks to Pivot Cycles for sending over the Firebird for review!

Gear
Never Underestimate the Power of a Good Zip-tie
Gear
The Maxxis Minion DHF Tire is Still the One to...
Gear
These MTB Deals are Fire, including 40% off Patagonia Dirt...
Progression
Sizing Up or Down Plus Handlebar Widths and Crankarm Lengths:...
Subscribe
Login
Please login to comment
4 Comments
Most Voted
Newest Oldest
Inline Feedbacks
View all comments

Great photos! Is the MRP chain retention really necessary with both a front AND clutch-style rear derailleur?

Given the drivetrain setup and some other clues, it’s pretty clear this bike is meant to be ridden hard. It’s basically a bike for Greg Heil. 😀

Lol! I wish a had a chain guide on my GT Force with a 3×10 XT drivetrain with a clutch-style rear derailleur, as I’ve had my chain drop a few times and experience quite a bit of chain slap on a regular basis. Unless you’re running a narrow wide single ring setup with a clutch derailleur, I think chain guides are definitely still relevant.