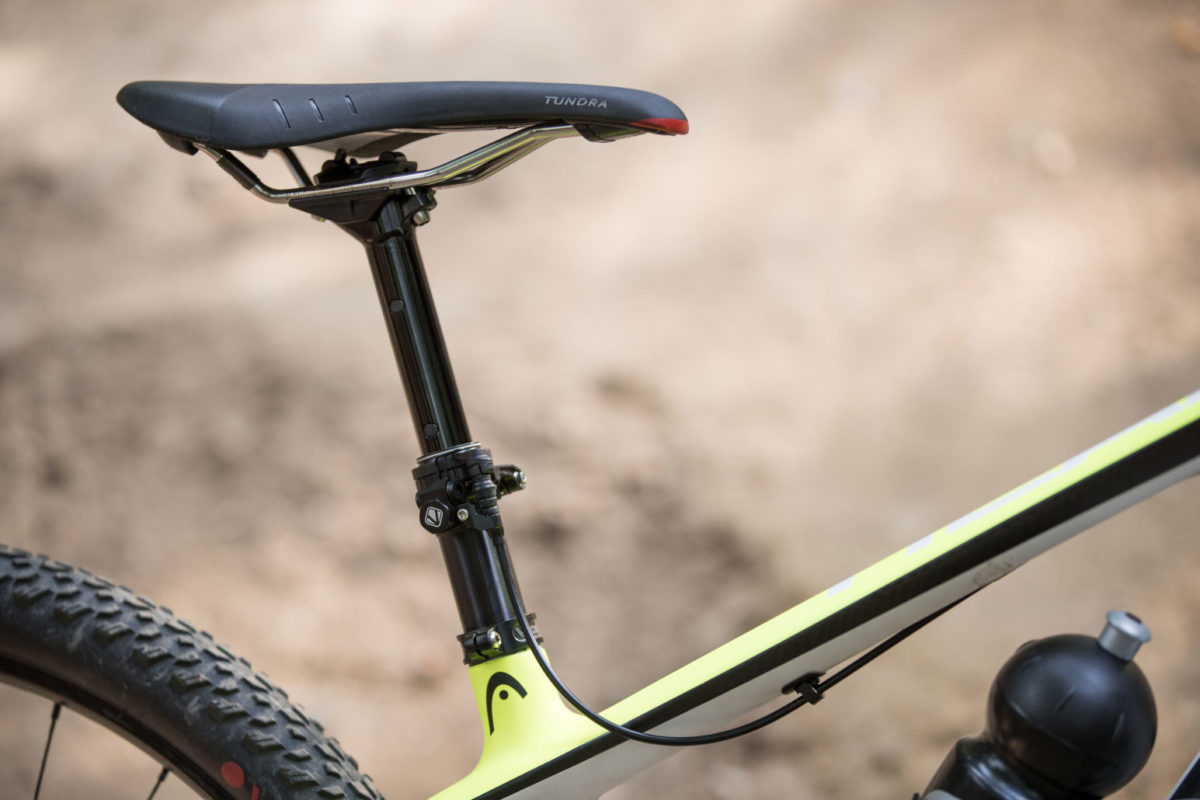 Vecnum just announced an XC version of their moveLOC dropper post (369€, $463 USD), and the company is claiming it’s the lightest in the world. At just 380g–trimmed, and not including the remote–it’s definitely lightweight, though probably not the lightest.

The moveLOC XC dropper post is an externally-routed, 30.9mm diameter dropper post with 100mm of travel. Designed for XC and marathon riding, this seems to be a dropper post targeting riders who have avoided getting a dropper due to the weight penalty. Shims are available for bikes with larger seat tube diameters. 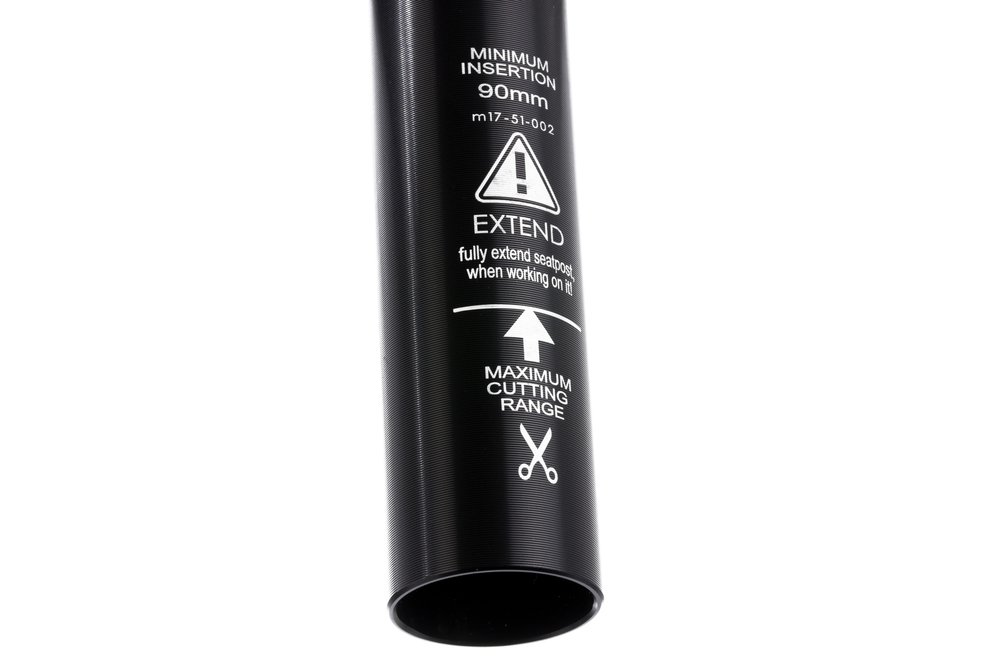 Since this is a dropper post for weight weenies, it is cuttable for even more weight savings. Consumers can cut up to 40mm off the bottom of the post to save weight, or to fit bikes with especially short seat tubes.

While Vecnum is claiming in their marketing materials that the moveLOC is the world’s lightest, the 9Point8 Fall Line R appears to have the moveLOC beat by a substantial 45g. Comparing both droppers without remotes, and with the maximum amount of post removed, the moveLOC is said to weigh 380g, while the Fall Line R claims just 335g. 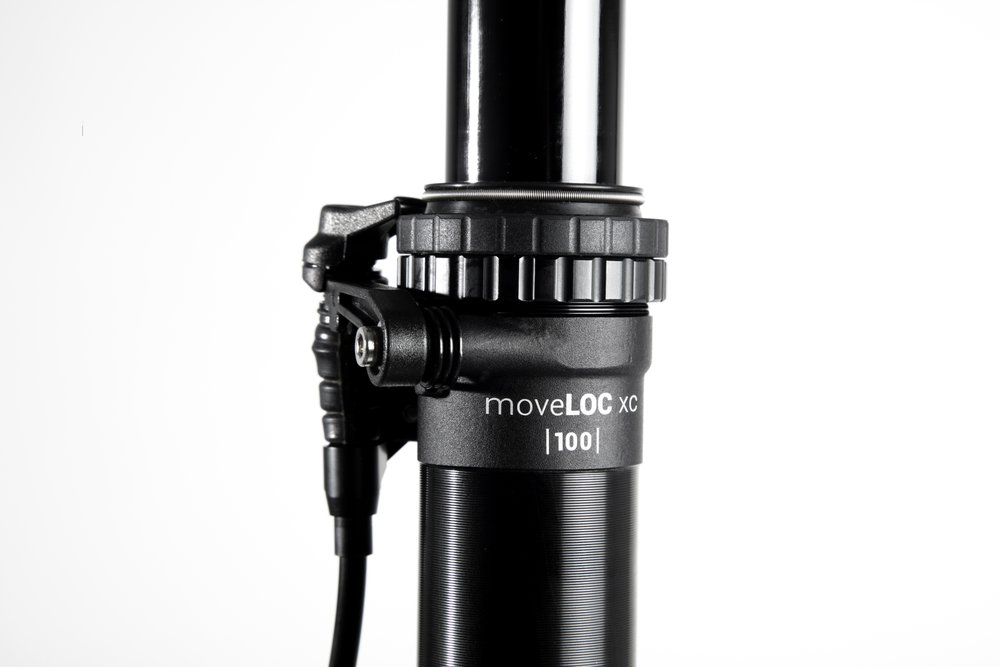 Perhaps my favorite feature is something Vecnum calls the “failsafe button.” Many of us have found ourselves with a dropper post that won’t cooperate during a ride, stuck in either the up or down position (usually down for me). Vecnum says the failsafe button is protected from water and mud so that even if the remote fails, the rider can still operate the post. 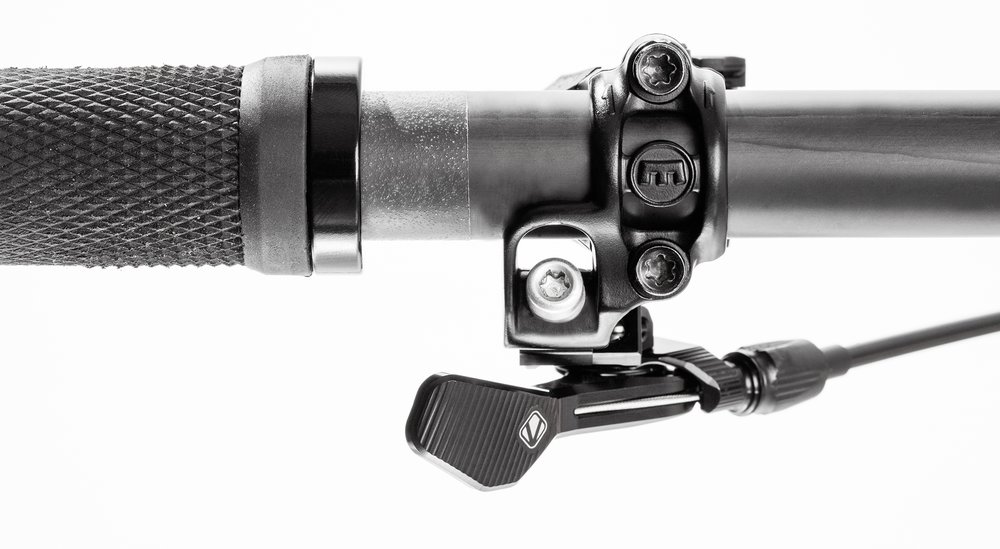 At just 17g, once again Vecnum is claiming this is the lightest lever-style dropper post remotes available, but it’s hard to know if this is true. For starters, Vecnum is not including the bar clamp in the weight as others do. It’s also hard to believe that this alloy lever is lighter than say KS Lev’s Southpaw Carbon remote. For most riders, quibbling over a few grams isn’t important, but for XC and marathon riders, these claims deserve serious consideration.

Gear
An Inverted Dropper from Enve, Revel DJ Bike, and Improved...
Gear
We Tested 5 Tubeless Tire Sealants to See Which Ones...
Gear
The We Are One Arrival Is a Mid-Travel Bike With...
Trails
An Intro to Bikerafting: How it Works, and How to...
Subscribe
Login
Please login to comment
0 Comments
Inline Feedbacks
View all comments
Tags: Gear | dropper post, dropper post remote, dropper remote, moveloc, vecnum, vecnum moveloc
First published November 30, 2017 @ 14:23:48