Ritchey is an interesting company. On the one hand, Ritchey has frames made from steel with classic profiles. But on the other hand, they also make some of the lightest and priciest bars, stems, and posts on the market. In fact, Jenny Rissveds and Nino Schurter–both of whom doubled up on gold medals at World Champs and the Olympics–run Ritchey components on their bikes.

When I visited the Ritchey booth at Interbike I saw some totally new offerings along with some updated classics. 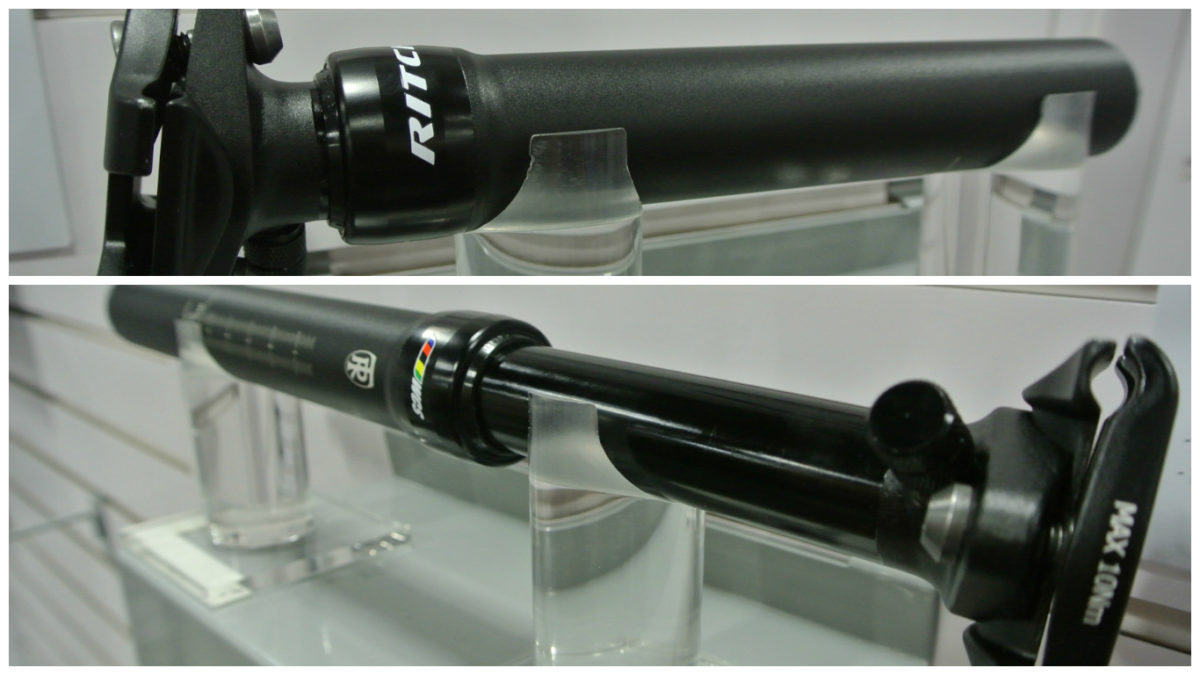 Ritchey’s new WCS Trail dropper post is mechanical as opposed to hydraulic, which Ritchey says makes it more reliable. For now, Ritchey will offer their dropper with either 125mm or 90mm of travel. These posts are not infinitely adjustable, instead they have three positions: fully extended, a cruiser position with 30mm of drop, and then fully dropped. The stealth routed post will be available in either 30.9 or 31.6 diameters. Ritchey is aiming to have the WCS Trail dropper in stores in early 2017 with a retail price around $350.

Riders from the 90s may remember Ritchey’s Z-Max tire. A few years ago, Ritchey updated the tread pattern and released it as the Z-Max Evolution. This year, Ritchey is expanding the size offerings to include a trail-worthy 29×2.4 along with a 27.5×2.8. To go with the plus-sized Z-Max, Ritchey has the WCS Trail 40 wheelset. The aluminum rims are 40mm wide internally and have a fully sealed rim bed, so they are ready to be run tubeless out of the box. A closer look at the hubs reveals a unique design. The flanges have angled tabs where the spokes pass through. According to Ritchey, the design allows the spoke head to sit flush in the flange which should reduce fatigue. Weight for the wheelset is a respectable 1937g and they will retail for $780.