The Marin San Quentin is an aggressive, yet affordable, hardtail mountain bike, and expands the capabilities of the original San Quentin dirt jumper. With a 65° head tube angle and up to 130mm of front suspension travel, the San Quentin appears to be a seriously bomber trail bike.

I spoke with Matt Cipes from Marin, who explained how the new San Quentin came about.

“We’ve partnered with Matt Jones [who] came to us with the idea of [making] a bike that really harks back to when he started riding. [H]e had a hardtail [and] couldn’t afford a full suspension [and wanted] something that was going to do everything, dirt jumps, trails, downhill […]. So we worked with him through a lot of different prototypes [and] all had different head angles. […] We went through a couple iterations and through blind testing, they all kind of landed on the middle ground, which was a 65 degree head angle. […] It’s pretty aggressive. I mean, especially for a hardtail, super aggressive.”

The 65 degree head tube angle offers great control on the descents, yet the riders found the bike still climbed well. Part of the secret sauce is the bike’s steep 75° seat tube angle. Oh, and the fact that this is a hardtail. Many riders may have forgotten these tend to climb pretty well. 🙂 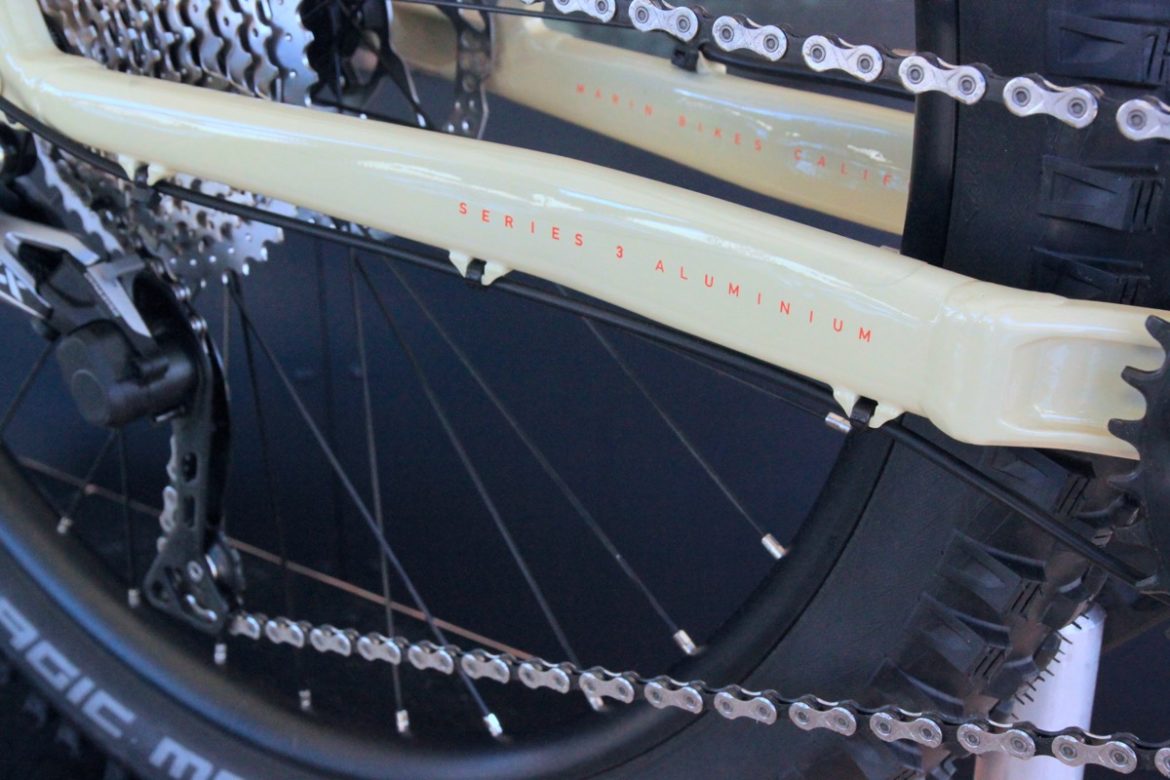 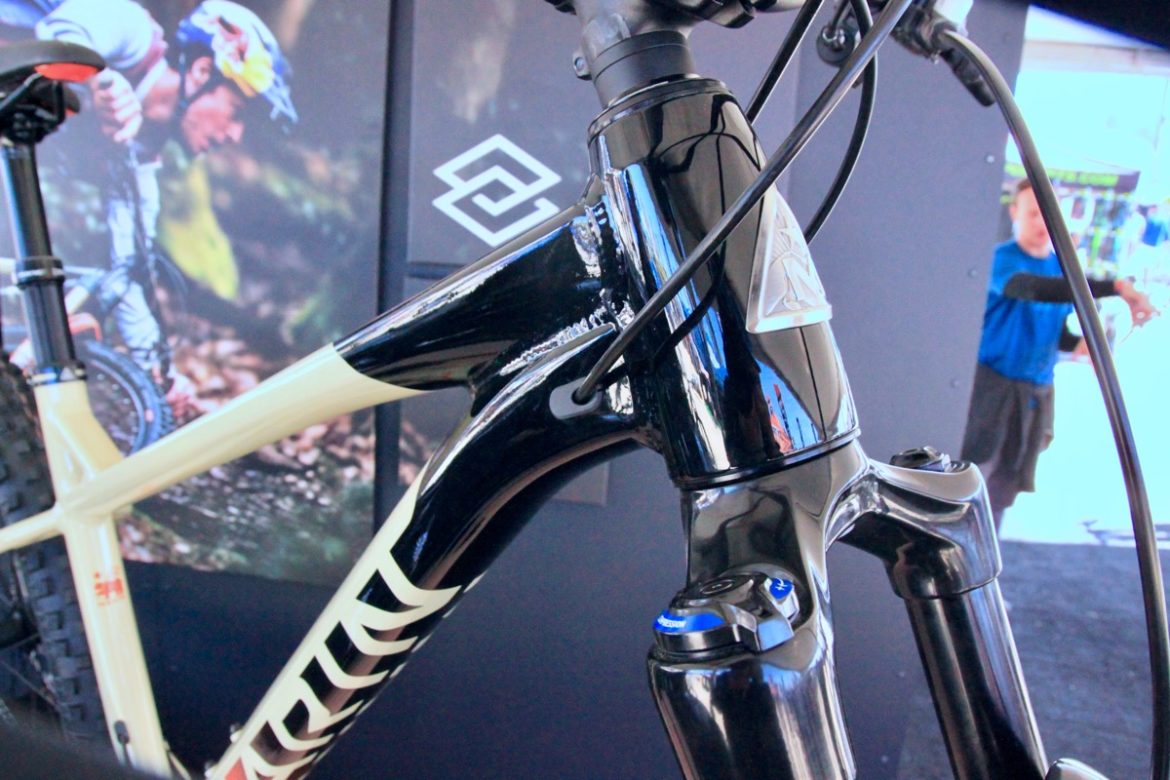 Cipes says the San Quentin “really is the bike that a lot of people are gonna start on and it’ll transition. [The bike will allow] you to ride so much terrain and really grow your skill set when you’re ready for that next job.”

Very tempting over the nail trail and pine mountain.

This thing looks like great value. I’m glad that more companies are recognizing that even entry-level bikes (and especially hardtails) benefit from modern geometry too.