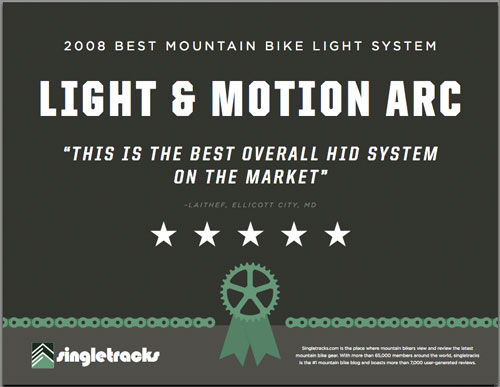 The Light & Motion ARC was the top-rated light system on singletracks in 2008 but the bad news is Light & Motion doesn’t make the ARC any more. The great news is the replacement, the Seca series, makes some huge improvements over the popular ARC line.

The biggest improvement the Seca brings is the use of LED lamps instead of the HID lamps used in the ARC. LED uses less power than HID and is more rugged than other bulbs. The Seca uses 6 LED bulbs to produce 700 lumens when set to “high” – but as we found out raw light output isn’t the whole story. 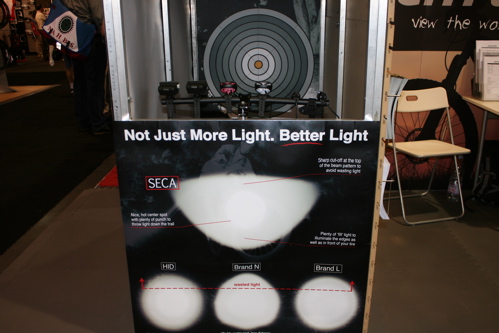 The Seca is designed to maximize and focus the power of all 6 LEDs into the areas where you need to see the most. Three of the bulbs focus on a center spot for long distance visibility while the other lights illuminate the edges of your field of vision without wasting light around the top edges. The optical engineering that went into this design is pretty high tech as you can see from a prototype of the reflector here. The resulting beam pattern is in the shape of a closed eyelid as you can see in the center of the photo above. 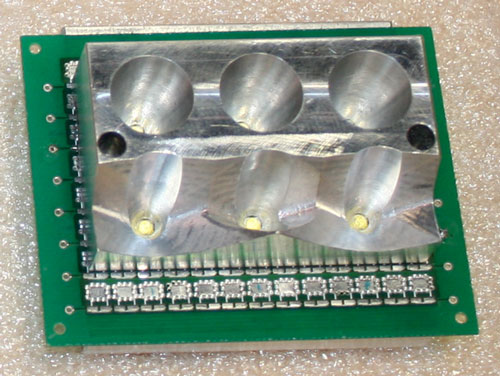 Because LEDs produce most of their heat on the bulb side (rather than the beam side like HID) the Seca has an interesting looking heat sink on the back. Light & Motion sells three versions of the Seca (the 400, Race, and Ultra) but here’s the secret: They all use the same light, just different batteries! So if you can’t afford the top of the line just yet, buy the Seca 400 and upgrade your battery later – sweet. 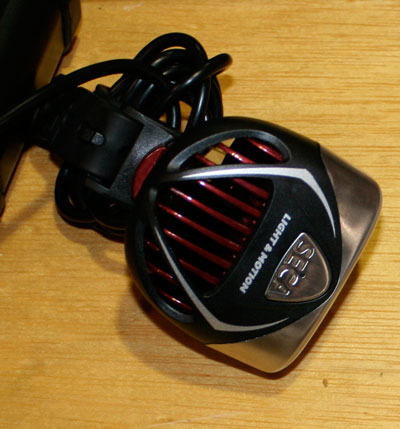