We haven’t done much work with Transition Bikes in the past, but this relatively small–but growing–brand is quickly earning a special place in my heart thanks to their irreverent approach to mountain bike industry BS. And I say “mountain bike industry BS” as one of the career mountain bike journalists splitting hairs about not using 10mm of my fork’s stroke, poor hookup in the corners thanks to a squared off tire profile due to a poor tire/rim combination, and how 27.5″ wheels are actually only 27″. While they seek to make great bikes, Transition also seeks to Keep It Simple, Stupid, with their latest lineup rebranding. 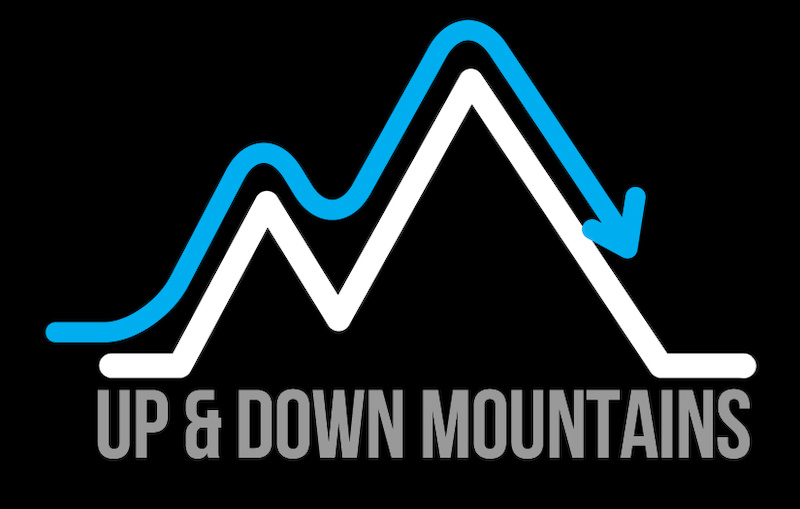 I’ll let Transition’s own words from their press release speak about their new Giddyup suspension linkage:

When we set out to design the new family of bikes, we wanted to improve our suspension pedaling and braking performance, but we didn’t want to lose the neutral and comfortable feel that Transition Bikes are known for. No one at Transition wanted a suspension system that felt like it was locking out, or provided any “kick back” in the pedals. We also wanted to maintain the lively feel that makes a Transition fun and easy to ride. Our Giddy Up link is carefully tuned with just the right amount of chainstay growth at all points in the travel. The chainstay growth is highest near sag to keep you moving forward when you get on the gas. but it decreases deeper in the travel so you never feel the drivetrain fighting the suspension. Hop on a Giddy Up bike and you will feel at home immediately. Lively when you pedal, smooth in the rough stuff, and ready to boost off any kicker in the trail.

Our new models are designed to be active while climbing; increased compression damping or lockout settings are strictly optional with the Giddy Up link. With the shock open, the suspension remains free to smooth out the trail, improve traction and control without sacrificing efficiency. There is no need to think about flipping switches; you can start your ride with the shock open and leave it there. With Giddy Up you can focus on the trail, not your remotes, levers or knobs. Just grab your bike, Giddy Up and go. 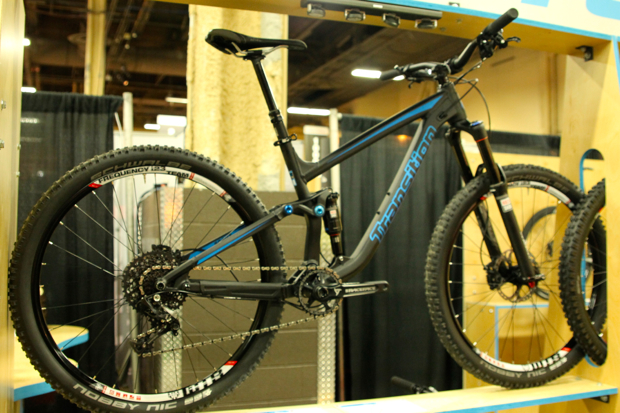 The Scout is available with two build kit options, or as a frame-only. The top-level build kit retails for $4,899 and features an aluminum frame, 140mm RockShox Pike fork, Monarch rear shock, SRAM X1/X01 drivetrain, 27.5″ WTB Frequency Team i23 rims, and Shimano XT brakes. The lower-level build retails for $3,299, and the frame-only options hits the register at $1,799.

The interesting story about the Scout is that it’s designed to be a playful, entertaining trail bike. However, unlike many trail bikes that you’ve probably ridden, this rig with a 140mm fork only sports a 125mm-travel rear end. Transition claims that instead of feeling unbalanced, the Scout is perfectly at home railing berms, catching air, and having an all around fun time on the trails. 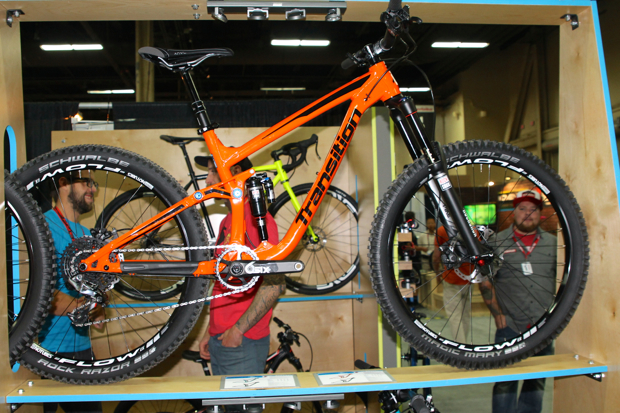 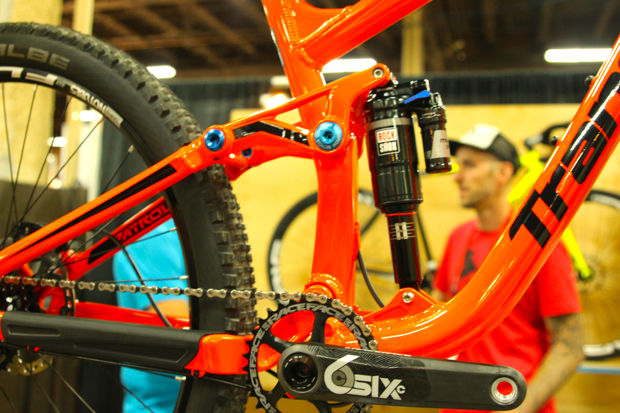 The Patrol features 160mm of front travel and 155mm of rear wheel travel. The top-tier build kit retails for $6,000 and features a RockShox Pike and Monarch Plus RC3 Debonair suspension, SRAM XX1 drivetrain, and 27.5″ Stans Flow EX wheels. There are other build options available for $4,899, $3,499, and $1,999 for the frameset. 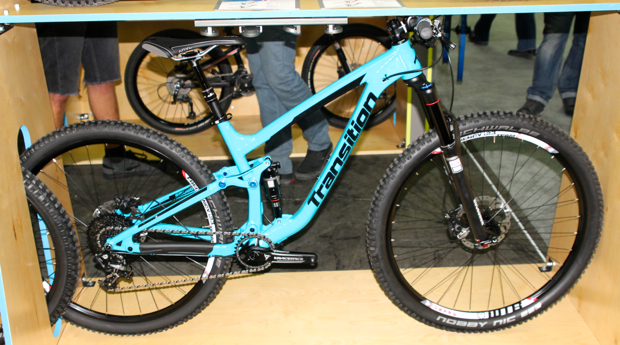 The Smuggler is a 29″ up and down mountains bike that features 130mm of front travel and 115mm of rear travel thanks to RockShox suspension. A SRAM X1/X01 drivetrain, Shimano XT brakes, and WTB Frequency wheels round out this $4,899 build. A lower level build retails for $3,299. 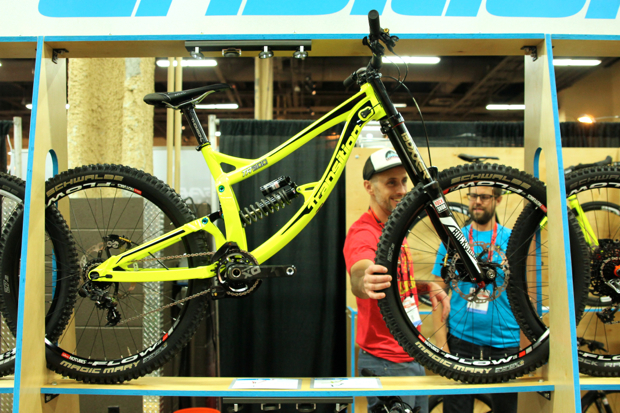 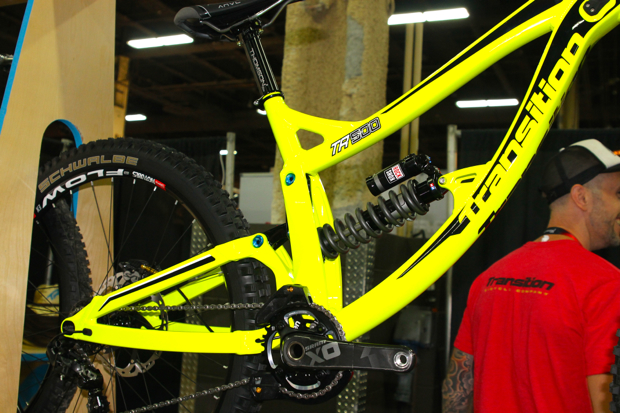 Culture
Transition Debuts Their Lightest Mountain Bike Yet With the 120mm...
Gear
News: Extend Your New XTR with the OneUp 45-Tooth Cassette...
Community
News: Commencal Lands in the US and Launches New Downhill...
Gear
New Reserve 30/SL Carbon Wheels are Made for Trail Riding

Gear
Enduro Deals & Early July 4th Sales
Gear
Would You Rather Ride with No Suspension, or No Dropper...
Gear
The We Are One Arrival Is a Mid-Travel Bike With...
Gear
We Tested 5 Tubeless Tire Sealants to See Which Ones...
Subscribe
Login
Please login to comment
3 Comments
Most Voted
Newest Oldest
Inline Feedbacks
View all comments

And at the other end of the spectrum, my Yeti Seven actually has more rear travel than front (7″ rear and only 6″ up front) and the bike excels at it’s intended purpose.

So many variables. The key is how the whole thing comes together. Some “perfectly balanced” bikes don’t seem to ride all that well.

I wouldn’t mind throwing my leg over one of those Transitions. I know a few Transition owners who are fanatical about their love for their bikes. In particular, they rave about how bombproof they are. That’d be a pretty good quality for me given the rate at which I break bikes.

+1 on having more front travel. I can always go for more stroke in my fork. (That’s what she said.)

Part of their bombproofness may be due to the quality-built aluminum frames: you won’t find a carbon bike in Transition’s lineup.

I agree..that aluminum is the way to go, it seems that every carbon bike I’ve ever tested creaked really bad. Also, I mentioned on FB that it sure resembles Norco’s suspension set up. I get that they are pretty much 4 bar with a modified horst link, so it’s just one bike companies tweak of this same principle.