Five Ten was showcasing their new Impact Pro downhill shoe in their booth at Crankworx Whistler. The Impact Pro returns to the formula that made the original Impacts the dominant shoe for gravity riding: great rubber paired with great durability. Gone is the Mi6 rubber from the Impact VXi; in it’s place is the original S1 compound.

The pattern on the outsole is revised significantly, and Five Ten uses a unique outsole for each individual size. Doing so allowed them to situate the knobs so that the tread at the very edge is consistent. Before, using a single size of the outsole meant the knobs just stopped wherever. Small intermediate knobs were added to minimize float on the pedals. Check out the photo below for a comparison between the new and old.

Another change is a polyurethane midsole that’s 30% thinner than the previous EVA foam midsole. Five Ten chose polyurethane because it rebounds faster than EVA, which keeps the shoes from packing up on repeated hits.

Of course protection is vital on a shoe like this, and the Impacts don’t skimp on that front. An impact absorbing foam called Poron is used inside the toe box to protect your little piggies. The synthetic outer should shrug off scrapes and is said to be easy to clean.

Three colors will be available when the shoes hit stores in February 2018: black/gold; navy; and black/camo. Retail is $160. Available at Adidas.com 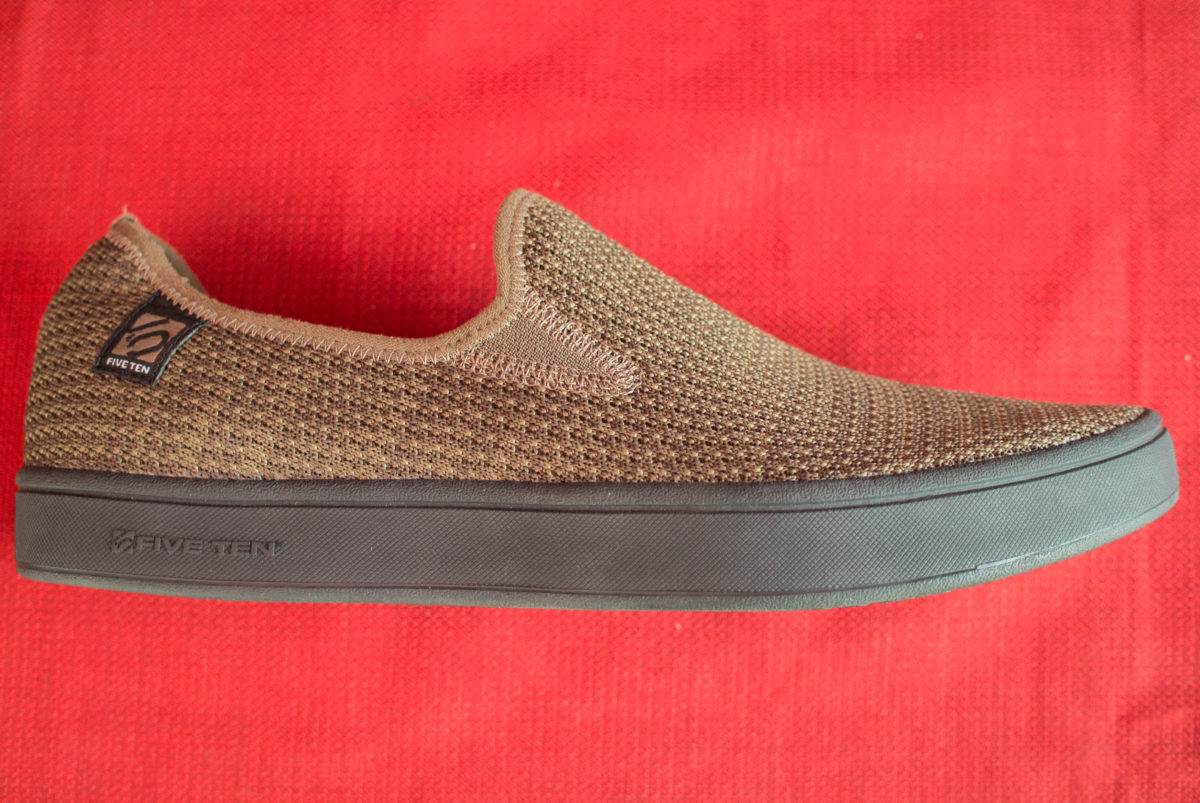 At the other end of the spectrum, Five Ten offers the Sleuth slip-on. You’re not going to want to wear these while shredding double black diamonds — they’re a casual shoe for cruising to the office, school, or bar. The mesh construction makes for a light and breathable shoe.

The Sleuth slip-ons will be available in brown or grey colorways with a retail price of $70. Available at Adidas.com 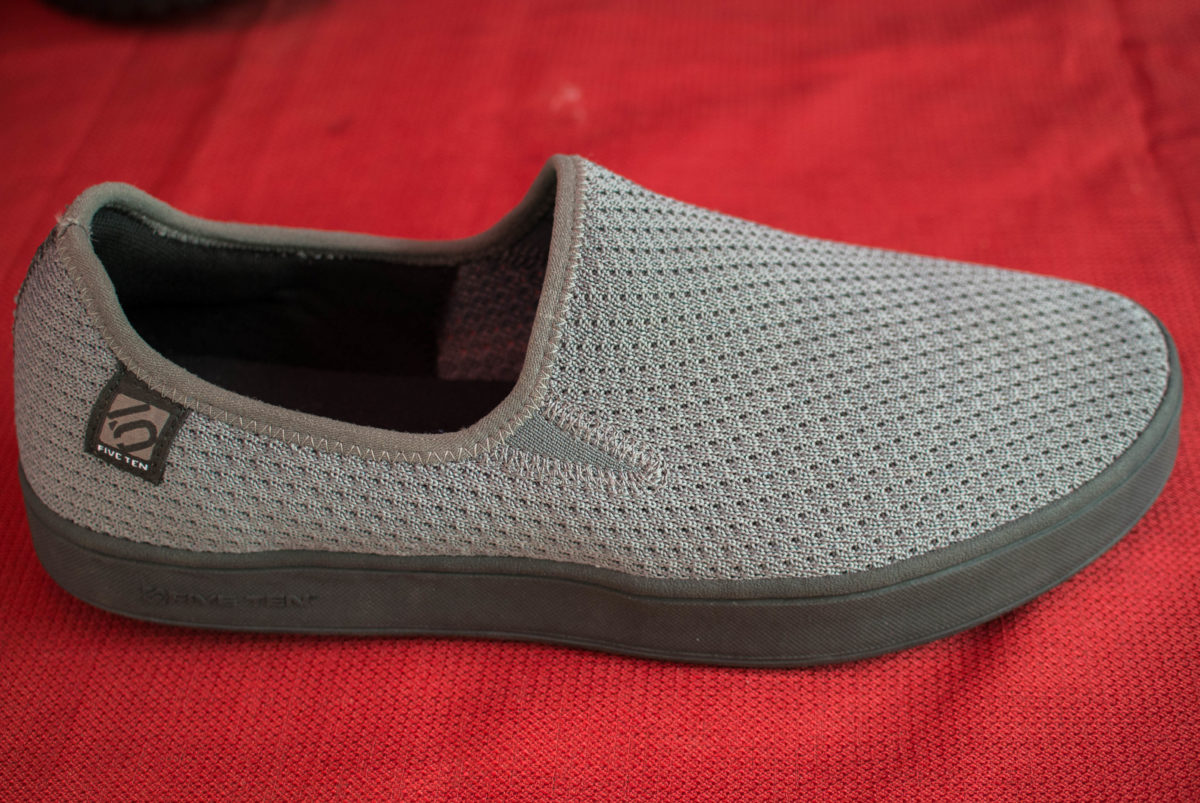 Honestly I don’t get the $160 retail for these shoes and I’ve been wanting to give 5-10s a shot? Sturdy lace up, ~innovation, padded sole – there just isn’t a whole lot here. Ascetically they look like a Lugz low cut and I’m betting they’re hot. Meh, I’ll stick to vans.

Although I’m not a downhill super shredder the impacts are on my “to get” list once my current set of 5.10’s begin to wear thin. I had a toe vs rock moment back in June, and my big toe is still black. $160 is a lot for a shoe. But ohh… man did my toe hurt for weeks after that.