The Consumer Electronics Show (CES) is happening in Las Vegas this week and we caught wind of a few tech items that may be of interest to mountain bikers.

Yesterday Contour, makers of the ContourGPS helmet camera, announced the ability to stream audio and video from the camera to bluetooth-enabled smartphones. The inclusion of a bluetooth chip in the camera also opens up the possibilities for other accessories as well – remotes and mobile accessories.

We’ve been using the ContourHD for over a year now and our *only* complaint has been there’s no viewfinder to preview video when out on the trail. Paired with an iPhone or Android phone, the user can check camera angles and session features until they get the perfect shot. You can also use the mobile app to configure camera settings which is way better than trying to interpret beeps and flashing LEDs like it’s 1982. Some may recall that we actually suggested using bluetooth-paired remote screens for helmet cam video previews way back in 2007 – just sayin’… 🙂 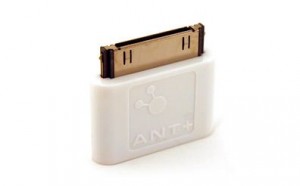 ANT+ is a wireless data protocol that’s used by many cycling-specific devices like heart rate monitors, cadence sensors, speedometers, and power meters but up until now, you’ve needed a cycling computer or GPS unit to collect and view the data. Wahoo Fitness just announced the fisica device that allows you to view real time stats from all your ANT+ devices in compatible iPhone apps so there’s no need for a separate head unit. Convergence is such a sweet thing!

We posted about this on the forums earlier this week but in case you missed it, Garmin announced at CES that they’ll be releasing robust navigation apps for the iPhone in the near future. Could we see a mountain bike specific app that builds on the Edge features one day soon? We say yes.

OK, so this one may be a little further out but here’s the idea: Wagner has created ski sensors called vLinks that record all kinds of data that help the company create the perfect custom ski for each skier. Wired Magazine describes the sensors as “essentially souped-up optical mouses that grab data 6,500 times per second to track movement along X, Y, and Z axes, capturing pitch, roll, and yaw.” The thinking is that each skier has unique technique and physical characteristics that impact the skis’ performance on the slopes.

Which got us thinking – why isn’t there a data-crunching mountain bike rig out there? Bikes are WAY more complex and nuanced than skis and by understanding the impacts individual riders place on their rigs, custom bikes could be configured to a tee to maximize rider strengths while minimizing weaknesses. We already have many of the tools – power meters, speedometers, and stress gauges – why not put them together, along with other high tech sensors to measure acceleration and pitch to get a true picture of each rider’s profile? The data could also be used to help mountain bikers improve their technique. Forget demo days at the trail – come out to create your digital riding signature!

The funny thing I think there is….I seem to recall seeing a video (can’t remember who did it, but I think it was Specialized)) where they had a data logger on a bike measuring front and rear travel along with pitch roll and acceleration. The units were kinda big though….Almost reminded me of the products Bosch sold to motorsport teams for their data management….

Yeah, good point – I’m sure there are test rigs out there that are meant for testing new designs. Just seems like there should be something that measures the forces individual riders exert based on their riding style, position, etc.

Kinda disappointed i bought the go pro instead of this