The Rocky Mountain Vertex is a no-holds-barred, cross-country race hardtail, and it has been completely revamped for 2018. All of the new models of the Vertex feature a “next-generation Smoothwall HBO carbon layup for even lighter weight,” according to Rocky Mountain.

While the Vertex maintains its 100mm of front travel from last year, the new frame offers numerous updates to offer compatibility with modern standards. For instance, while undoubtedly most racers will use the Vertex as a 29er, it’s also compatible with 27.5+ wheels and tires. Max tire clearance is 2.3″ wide in the 29er configuration and 2.8″ in 27.5+.

The frame also offers “improved cable management, including large head tube and down tube access ports, full-length shift housing, and internally routed shift housing and brake lines [in] the front triangle,” according to Rocky. The Vertex is also compatible with both Di2 electronic shifting and a dropper post at the same time. Speaking of droppers, the seatpost diameter is 27.2mm “for extra ride comfort while seated,” and while initially 27.2mm droppers were a rarity, many dropper post manufacturers now support that standard in 2018. While the Vertex is compatible with a dropper post, none of the stock builds come with a dropper.

Of course, light weight wasn’t the only consideration for the Vertex redesign. The geometry has been updated to provide a trail-friendly ride quality. “We’ve lengthened the reach, slackened the head angle, and shortened the wheelbase, maintaining rear end compliance and a comfortable ride,” says Rocky.

The head tube angle on the Vertex has been slackened by 0.75° across all available models. Rocky Mountain will no longer offer extra small Vertex fames with this latest update.

Finally, a 5mm decrease in the head tube length across the board has reduced the stack height of the front end of the bike. For even more details on the new geometry, be sure to check out the Rocky Mountain website. 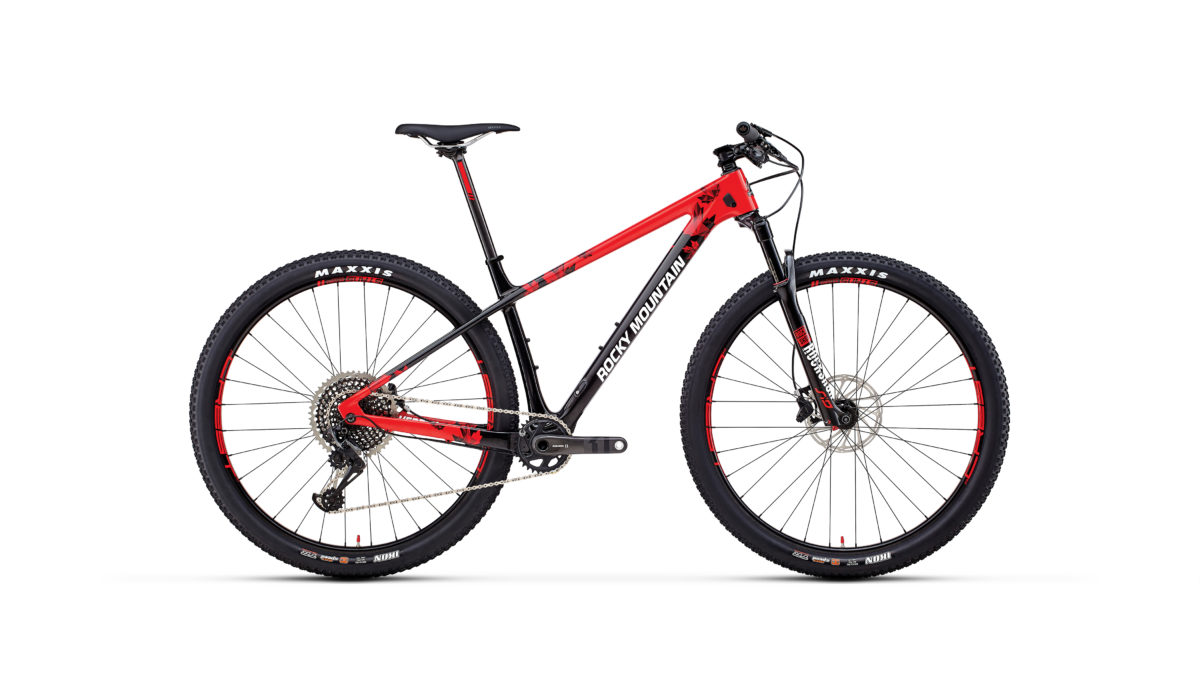 While the naming conventions have changed since 2017, the new Carbon 90 is roughly equivalent to the 990 RSL from 2017. The components have also changed for this year. The Fox 32 Step Cast Remote Factory fork has been swapped for the RockShox Sid RLC Remote for 2018. The drivetrain and brakes also shift from Shimano to SRAM, with the drivetrain changing from XTR to X01 Eagle and the brakes from XTR to Level TLM with 180mm Centerline rotors. The tires also change, from Maxxis Ikon Maxx Speed Tubeless Ready 29×2.2″ to Schwalbe Racing Ralph 29×2.2″ Evo Liteskin. The Stan’s Crest MK3 rims are roughly the same from last year, just featuring the latest updates from Stan’s. A few other bits and bobs have changed, like the handlebars widening by 20mm (up to 760mm), but the rest of the build is comparable.

While the components have arguably improved, these changes come with a $470 increase in price. 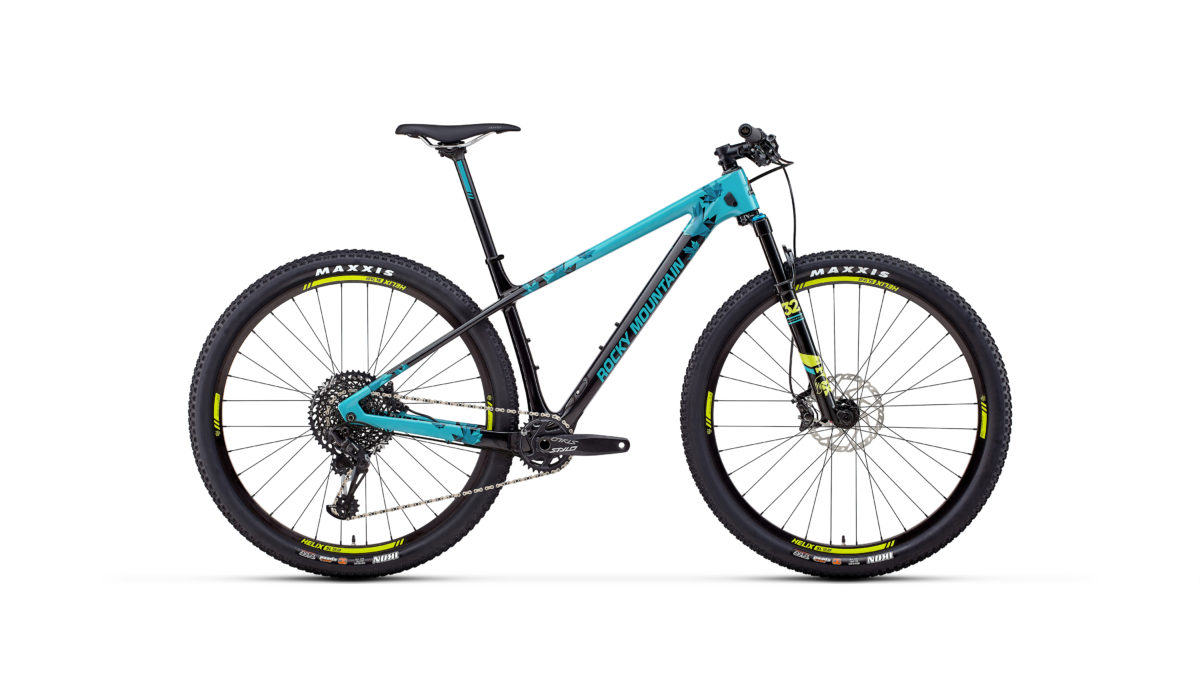 While the Vertex Carbon 70 retains the same Shimano XT brakes and Fox 32 Step Cast Performance fork from last year, the drivetrain does shift from a Shimano XT/XTR combination to SRAM’s GX Eagle 12-speed system. The rear hub is upgraded from a Sunringle SRC 142mm hub to a DT Swiss 370 Boost 148mm hub. Most of the other parts have remained the same, such as the Sun Helix TR25 SL rims and cockpit parts. The bars did, however, change from Rocky Mountain’s in-house XC flat bar to the Race Face Turbine handlebar, simultaneously growing 40mm from 720mm up to 760mm.

The Vertex Carbon 70 has increased in price $200 over last year’s model. 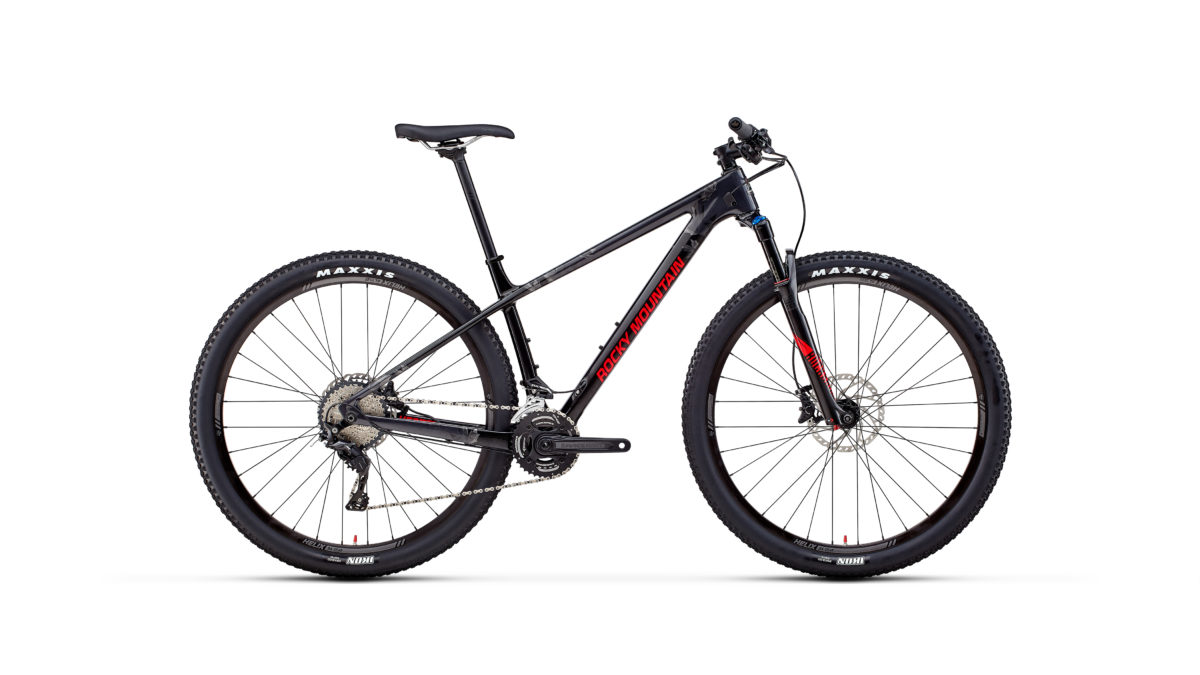 While the previous Vertex was available in both carbon and aluminum-framed versions in the 50 build level, as well as an aluminum 930 build level, for 2018 the Vertex is only available in carbon, and this is the most affordable complete bike offered. Despite being the most affordable build, it still increases in price by $300 over the comparable 950 RSL model from 2017.

Gone is the Manitou Marvel Pro fork from 2017, with a RockShox Reba RL replacing it. The Carbon 50 gets the same rear hub upgrade as the 70, to a DT Swiss 370 Boost 148mm hub. Aside from the new fork and hub, very little has changed on the 950 model. The brakes and the drivetrain remained unchanged: SLX and XT/SLX 2×11, respectively. The rims are still Sun Heliix TR25 SL, and while the other models receive a handlebar upgrade, the Carbon 50 retains the same Rocky Mountain XC 720mm model from 2017. 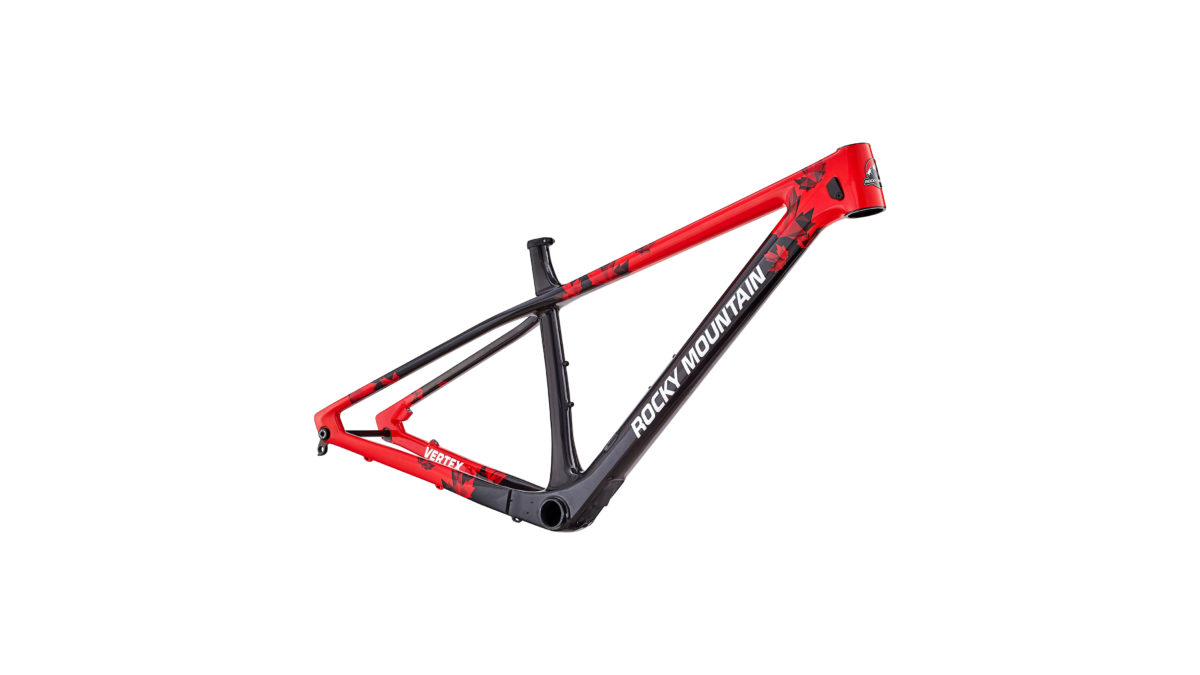 While the complete builds above might appear limited, especially considering the Vertex is compatible with components like a dropper post and 27.5+ wheels and tires but none of the complete builds offer these components, the frameset by itself is available for $1,599 USD for truly custom builds. Also, there’s no need to wait: the complete models, along with framesets, are all available immediately at local Rocky Mountain dealers, though regional availability could vary.