Think back to the first time you showed up for a group ride with a brand new mountain bike. As your “experienced” buddy looked over your rig, you probably noticed a grin that may have turned into a snicker.

And then your buddy let you in on a secret: reflectors aren’t for mountain bikes.

“Yeah, I must’ve forgotten to take those off,” you casually reply. But really, you’re just embarrassed that you could have made such a rookie mistake. Faux pas!

In the roughly 200 years since the first bicycles were built, designers have come up with some pretty great solutions to common bike problems. And yet as modern, tech savvy riders, we think we’re smarter than all that. So here are six bike parts and accessories that may seem uncool today–but are still totally useful. 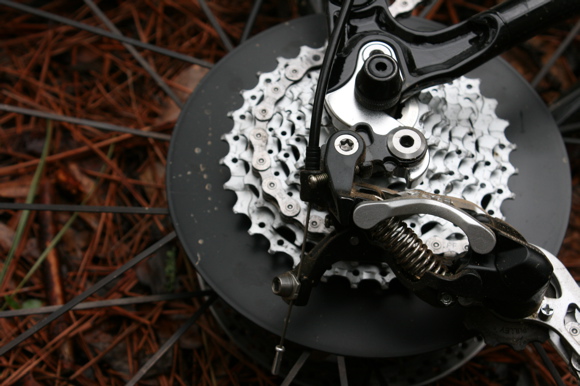 1. The pie plate. You know that (often clear) plastic disc that sits between your cassette and spokes–the one that’s really difficult to remove? It can actually save you a lot of cursing and grease on your hands out on the trail.

This lightweight little part is designed to prevent your chain from becoming lodged between your cassette and your spokes. Sure, if you tune your derailleur just right this isn’t likely to happen, but I can tell you from experience it happens more often than most of us would like. Looking uncool and carrying around a couple extra grams (of rotational weight, no less!) might just save you from destroying your spokes and derailleur all in one move. And even if you don’t break anything, getting a chain unlodged can be tricky and time consuming out on the trail.

2. Reflectors on a mountain bike. You probably ride your mountain bike off road 99% of the time, but for those rare moments when you decide to commute to work on your hardtail, reflectors are a good deal. Reflectors don’t use batteries, which means they’re lightweight so they’re really not going to slow you down. Sure, reflectors will eventually get bashed on the trail, but why not let nature take its course instead of breaking out the screwdriver as soon as you get the bike home?

3. The kickstand. Ever wonder how super professional mountain bike websites like this one get photos of bikes seemingly balancing on their own? Not with a kickstand–but that sure would be handy! Instead, we spend hours hunting around for just the right rock or stick to prop the bike up. Even if you aren’t a bike photog, you still have to remember to lay the bike derailleur-side-up on the ground and to protect carbon parts from getting scratched by tree leans. Believe it or not, the kickstand was invented to solve this problem before carbon bikes were even a thing.

Admittedly, part of the issue with kickstands is they’re heavy and they tend to rattle around on the trail. So perhaps what we need is a kickstand Kickstarter campaign for the ultimate carbon fiber, secure-lock kickstand. I might actually pre-order one of those!

4. Fenders. As an enlightened mountain biker, you know you’re not supposed to ride muddy trails, but puddles and creek crossings are a part of life. Having bits of mud flung into your eyeballs, however, is a part of life many of us would prefer to avoid. Fenders were carefully designed to solve this problem and others too, like mud butt. Modern fenders are super lightweight and often attach with just zip ties. 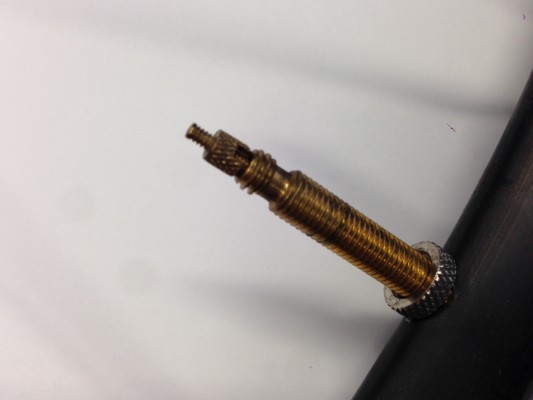 5. Presta valve caps. Every tube comes with ’em, but half of us will end up throwing these little plastic bits away without ever using them. I suppose racers can argue that unscrewing a valve cap adds SECONDS to flat repair times and that a single gram of rotational weight can be the difference between winning and losing a race. But honestly, most of us just want to look cool and carefree out on the trail, and protectors for your valves just don’t send the right message.

But still, these caps do serve a purpose: namely, to protect the stopper on your Presta valve. These little metal rods are actually pretty fragile, and bending one more than a few degrees can cause it to shear off and release all the air from your tire. Protect your valves and your valves will protect you (from flats, that is). 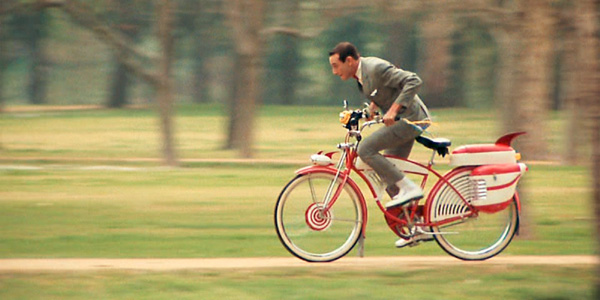 6. The bell. I’m a big believer in having a bell on my handlebars to communicate with other trail users. A simple ding can either mean a) Hello, nice day! b) Caution: bike approaching or c) Move over–I want to pass your slow butt. For some, the idea of a bike bell might bring to mind images of Pee Wee Herman and the Alamo, but today’s bells are simple, compact, and easy to attach. I even bring my bell with me when I travel to use on rental bikes.

I’ll sum all this up with: Do as I say, not as I do. No, I don’t have reflectors or a pie plate on my own bikes, but sometimes I wish I did. I do wear a fanny pack for most rides, so clearly I’m not too concerned with looking cool–though rocking the pie plate is still going just a little too far for me. 🙂

The problem with a kickstand is it can, and will, drop down at the worst possible time … most likely causing a crash.

As for a bell, check out this titanium one from King Cage:
http://www.kingcage.com/assets/img/barBell.jpg

It’s nice and loud, and doubles as a shot glass!

That is a sweet bell!

Yeah Ive had my Giant Trance for 10 months. Ive just never bothered to remove the pie plate. A factory rep gave me a bit of grief for that yesterday. I felt a bit sheepish.

Here’s the thing with looking cool: as a cyclist, we all look ridiculous to the rest of the world. So don’t worry about it, just ride/wear/use what makes sense.

OMG! I must be so uncool.
1. I still have my clear pie plate on (I do not see any gain from removing it).
2. I also bought 2 aluminum Presta valve caps from Ebay after I broke off both of my old plastic valve caps. They were $0.80 and they come in 4 different colors.
3. I also have a Crane Headset mounted bell. It is pretty loud, clear, and a lot less rude than yelling out “bike on your left” from a distance.

If I could stop from losing the presta valve caps, I’d still have them on!
I swear, I lose the blasted things as soon as I get one.

I do have the bell on two of my bikes

There are forest gremlins that steal Presta caps. Worst when they stock up for winter and during their mating season.

I suspect they’re behind the “Evil Tree” myth as well: one moment the trail is clear, the next moment there’s a tree right in front of you, while you’re absolutely sure that that tree wasn’t there a moment ago. It must be them! They either drag trees all over the place or they master some sort of Jedi Mind Trick. The latter would also explain why I once saw a really big dog morph into a deer and how forest gremlins can actually appear human: http://media.tumblr.com/tumblr_lo10chLJzY1qia34v.jpg

For a bell – check out Spurcycle… All American made – the bell itself comes from my home state of CT.

I’ve never heard a better bell! Truly. Pricey but I’m supporting our economy as well as getting a great product!

My plastic Presta caps were always breaking off on my bikes. I sometimes found pieces of them still barely on at the end of the ride. That is why I replaced them with aluminum caps. I never lost one after that.

Not only is the kickstand not cool, it’s just a bad idea on a mountain bike. While reflectors are a great idea, they are worthless weight – try reflective tape, also works to stop cable rub.

I am a.completely uncool perso and a don’t care what ya’ll cool people think…but my bikes are set up cool anyway with none of that stuff.:-)

Sticks and fenders make a bad combination, and potentially an abrupt stop. I don’t always ride with fenders, but when I do, it’s on my road bike.