This weekend I got a chance to attend the 2nd Annual Ocala Mountain Bike Association Spring Break Fat Tire Fest at Santos and I have two words to describe the scene: rear rockin’. In this post I’ll try to stick to the facts about the festival and later this week I’ll post my thoughts on the whole Florida MTB scene. 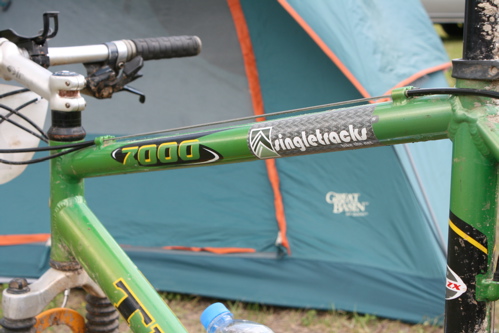 When I arrived in Ocala Friday evening it was raining, and not just a little bit. The temperature was nice though and after around 7pm there was a break in the clouds just long enough to get my tent set up. It rained off and on through the night and just as I was waking up around 7 it was raining again. I was afraid the rain might put a dent in the riding plans for the day but it turned out to be great for the trails. After a warm breakfast and a mandatory rider meeting at 8:30am, I hit the trails for a 40 mile singletrack epic to the other side of Santos and back. 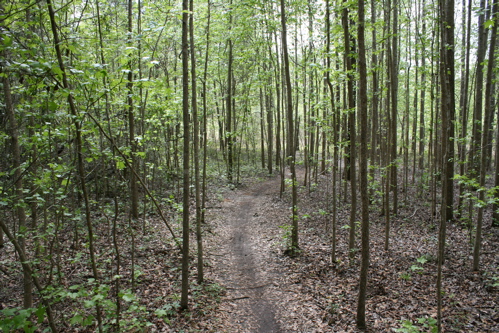 Along the route there were a couple incredible sag stops with fruit, energy bars, and plenty of fuel for the ride. At the lunch stop we had chicken catchatorie (seriously) with salad and rolls which was admittedly a somewhat unusual choice but filling nonetheless. After finishing the epic around 1pm I hit the rented “luxury” showers then hopped back on my bike to watch the freeride demo at “the Vortex.” 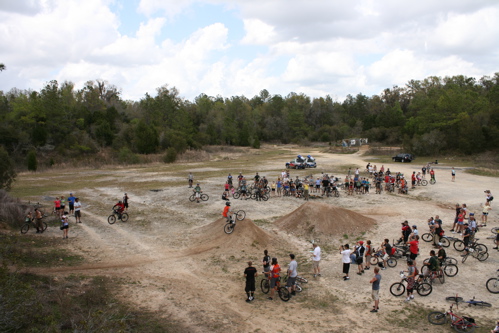 The jumps at the Vortex are incredible – as good as anything you’ll find on the east coast – and the riders were gutsy to say the least. After the demo some folks took in the scene at the vendor village while others attended a women’s skills clinic. That night we had some delicious spanish food catered by a local restaurant and watched a slideshow of the day’s activities on a huge inflatable screen. We also watched Roam from the Collective and a Tom Petty video (we were in FL after all) but none of that compared to the real riding we did that day. 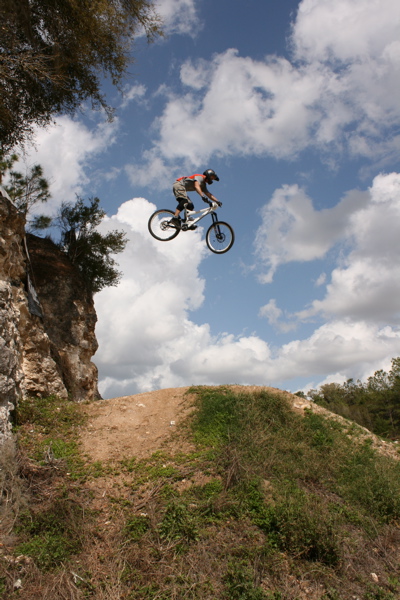 Sunday was another day of riding but honestly I was a bit saddle sore from the 40+ miles of the previous day. Start making your plans for next year’s festival – I’m sure things will be even bigger and better!

[…] On my way down to the Ocala Spring Break Fat Tire Festival I stopped off in Macon to ride a couple of the local trails. Despite its location smack in the middle of the state, Macon actually has a fairly diverse mountain bike scene spread across 5 main trail areas. […]

[…] The 13th annual Fruita Fat Tire Festival starts tomorrow which, in my opinion, means that spring has finally arrived everywhere. Last weekend the Californians got to play out at Sea Otter, now it’s time for the high country to get back on two wheels. I’m still bummed that there don’t seem to be any big fat tire festivals here on the east coast – though the Ocala Spring Break Fat Tire Festival was a blast back in March. […]