The folks at 45NRTH live and breath cold weather riding and are focused on keeping us comfortable and safe when riding in the winter. 45NRTH focuses heavily on tires, gloves, footwear, and other cold-weather accessories.

I’ve recently had the pleasure of pedaling snow on the Vanhelga 26×4.0 tires, which are one of 45NRTH’s loose snow and slop tires. These tires feature a fairly-open tread pattern that uses rectangular blocks that are heavily sipped. Why sipping? Just like an automotive snow tire, the sipping firms up when cold and acts like hundreds of mini tread block edges. The more edges, the more grip on snow and ice. The larger spacing between the blocks allows the tires to dig deeper into the snow. 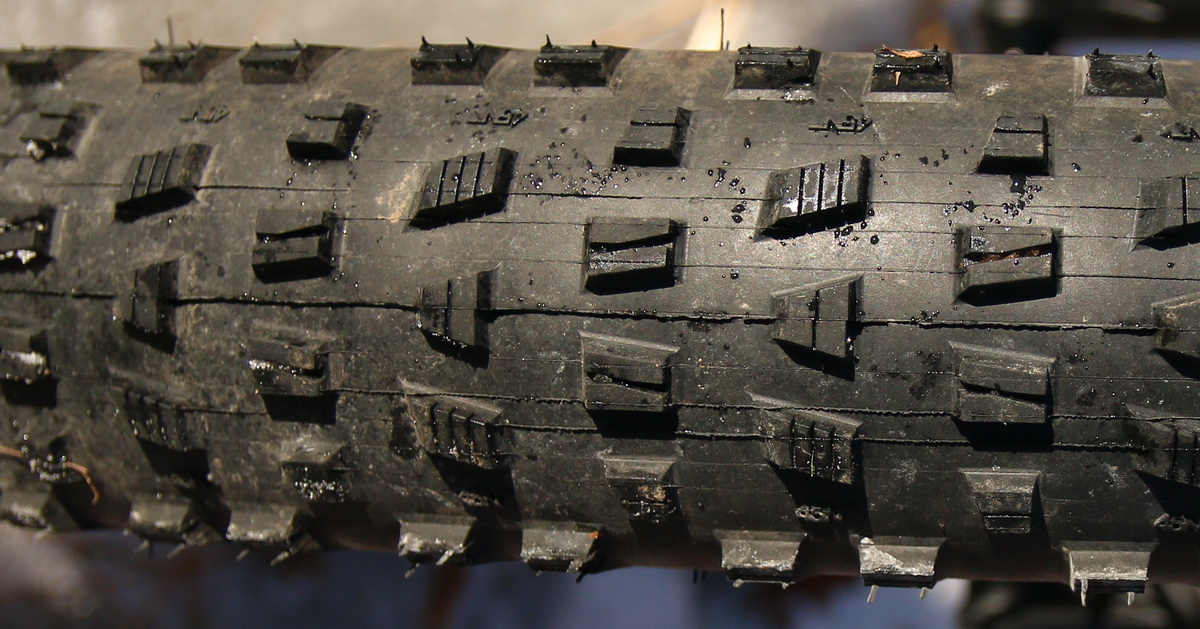 To keep things sticking to the ground, 45NRTH has included a dual compound casing (60a in the middle / 52a on the sides) combined with the open block arrangement and double cornering blocks, which are designed to shed the soft stuff and hold in turns. Constructed using a 120TPI casing, these tires are tubeless ready.

Putting these on the scale, my set came in at an average of 1325g per tire.

45NRTH has constructed a wider, flat area at the base of the bead on the Vanhelgas. This slight difference compared to other bead profiles increases the air holding ability when run at lower pressures. The bead also has a smooth finish, reducing the chances of air leaking out.

Installing these on the rims of my Norco Sasquatch was a piece of cake when using a tube. There was no need for any tire irons. Just simply slip them on and inflate.

But trying to get these to run tubeless is another story. You need a rim that is tubeless compatible. Trying to go ghetto tubeless with rim tape and Stan’s just won’t cut it. It is not 45NRTH’s fault, either. Some single-walled rims just do not have the profile to progressively ramp the tire into place, as is the case with the factory rims on my Norco Sasquatch. So I cannot comment on these as a tubeless setup. Trust me, I tried my best using all my own personal tricks: ramped layers of tape, using automotive tire sealer, over inflating tires with tubes then carefully pulling the tube out. Nothing worked.

Out on the trails, I used the Vanhelga on everything from chocolate ice cream to seven-inch powder. After that wide variety of test conditions, I’ve found that these tires work better on sloppy conditions to hardpack snow. I had no issues with transferring power down and plowing forward. Even in corners, I had good traction. There were no issues at all with regular terrain (solid ground, roots, rocks), and I had great traction there as well.

I did have to take it a bit easy with off camber corners with deep, powdery snow. The tires tended to hunt for traction and slip sideways a bit here and there. But what tire doesn’t lose traction in that much snow?

During most of my testing I used 9psi of pressure. I did have it closer to 13psi just to see what I lost and gained, as well as running the tires at 5psi… as conventional wisdom will have it. The higher pressure decreased rolling resistance and made for a harsher ride, and of course the softer pressures increased traction a bit, but made the bike less responsive to cornering inputs. 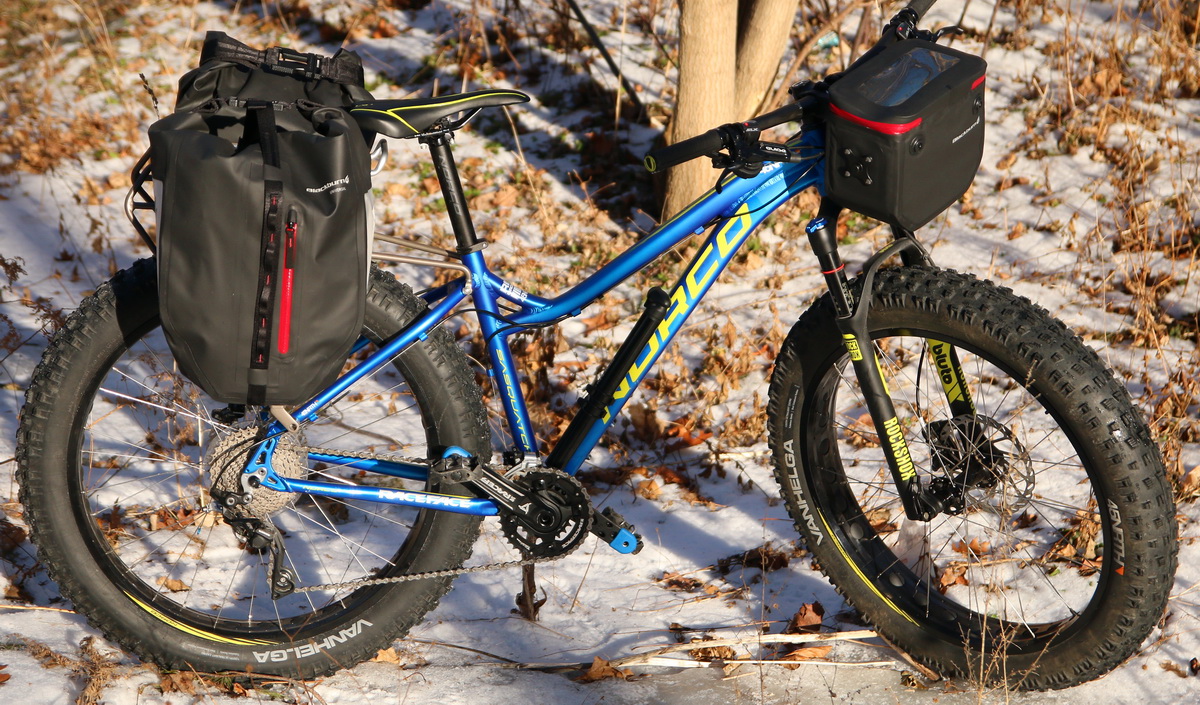 Overall, for a tire with no steel studs, it does a good job over most surfaces; riding over ice, the bike has decent traction. As expected, braking can cause the tire to lock up over ice, but it’s still manageable. For most winter conditions and even warmer conditions, the Vanhelgas do a great job! So much so, I am out to find a set of tubeless rims so I can test these tires as a tubeless setup

Thanks to the folks at 45NRTH for sending over the Vanhelga’s for review.

I like these tires a lot, and the chunky blocks look like they would work well on hardpack soil as well. They will probably replace my Dillinger 4s when it is time.

Did you run pressures below 5psi? Just curious about the sidewall deflection.

You don’t need a tubeless rim to run them tubeless by the way; my standard Rolling Daryls were converted 2 years ago. Check out the article ST published last week on it and watch the video embedded to do your own home conversion. Super easy.

Thanks for the review!

Didn’t run lower than 5 I already was close to hitting things with the rim at 5psi…As far as tubeless…These rims just didn’t work..They would slip off the beads to easily to get enough air in them..Even with a high volume air compressor.

The biggest challenge to going tubeless is; seating the bead! But don’t despair it can be done easily when you know why it’s difficult. The diameter of most rims, especially single walled, is too small for the tire bead. In order to close that gap you must fill that area of the rim. A lot of gorilla tape would do it but the weight penalty would be prohibitive. 1/4 thick foam sill gasket works great, cut the width just wide enough to bring th bead close to its seal area. Beads seal much easier,
Sealing up rims, spoke holes, cutouts and seams can be another challenge, On rims with cut-outs, tape just don’t work well, very leaky. Go Ghetto and use 24 in bike tube, no more leaks. Weight is a poor excuse to go tubeless, do it because ride quality and flat resistance.