Rachael Walker is much more than a Brand Manager with the legendary mountain bike brand, Hopetech. She is a bike racer, a community organizer, a barrier breaker, and all-around connector of rad folks. Since she began working with Hope she has kicked off a variety of events and rides, including monthly women’s trail rides, and the famous Hopetech Women’s Enduro.

The creativity and intentional work from folks like Rachael make mountain biking better for all of us. She is regularly connecting with other riders and helping them feel welcome and supported so they can enjoy the sport in a way that makes sense for them. Below she shares some of her inspiration and ideas on all things two-wheeled.

Rachael is a rabble-rouser on the bike, engaging in multiple forms of cycling. Over the years she has spun up nearly every genre of two-wheeled fun, including downhill, road, cyclocross, and enduro.

“I was pretty much a late-comer to mountain biking. I spent my teenage years snowboarding at every opportunity. It wasn’t until I was around 18 or 19 years old my snowboarding buddies gave me a nudge and said you should try downhill mountain biking. I tried it and the rest is history, I’ve been hooked ever since. For me, riding takes me to places that I would never go otherwise. Even just areas of the countryside near where I live, I probably wouldn’t have explored had it not been for mountain biking.” 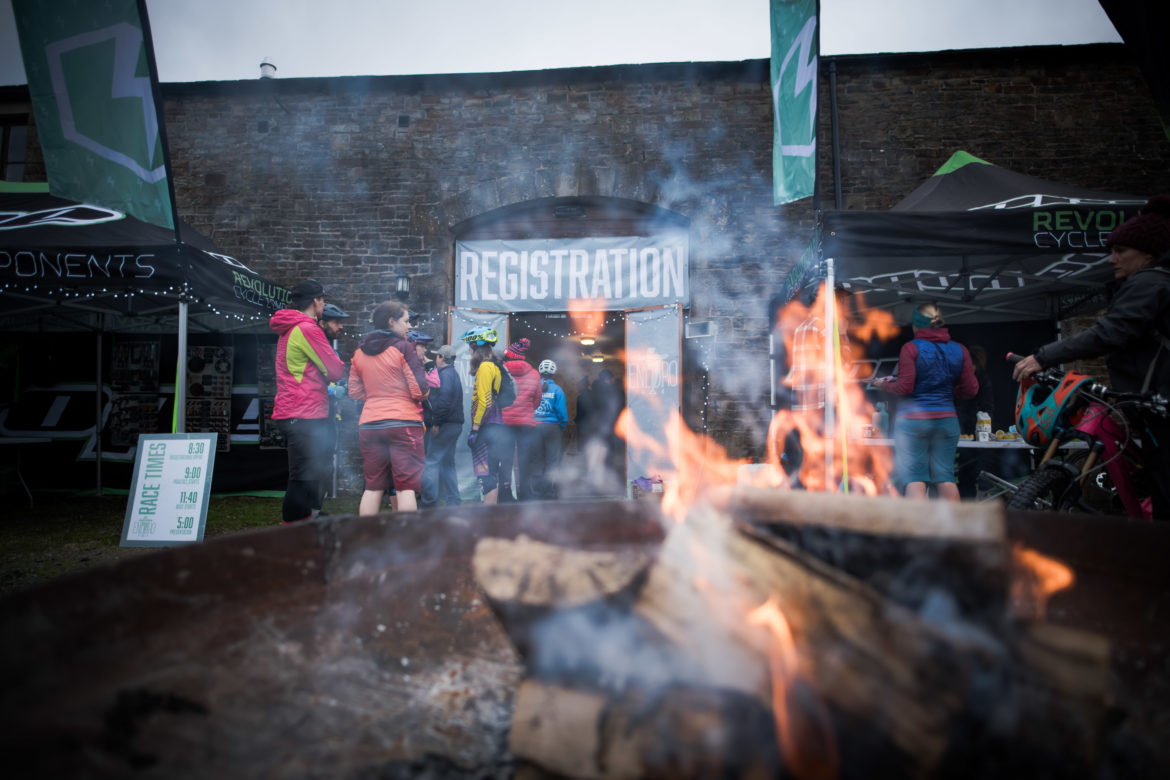 The idea behind Hopetech Women is to create a community whereby women can develop their knowledge of bikes, components, and also their riding. We hope to inspire women to try something new, push their own personal boundaries and meet more women who ride. 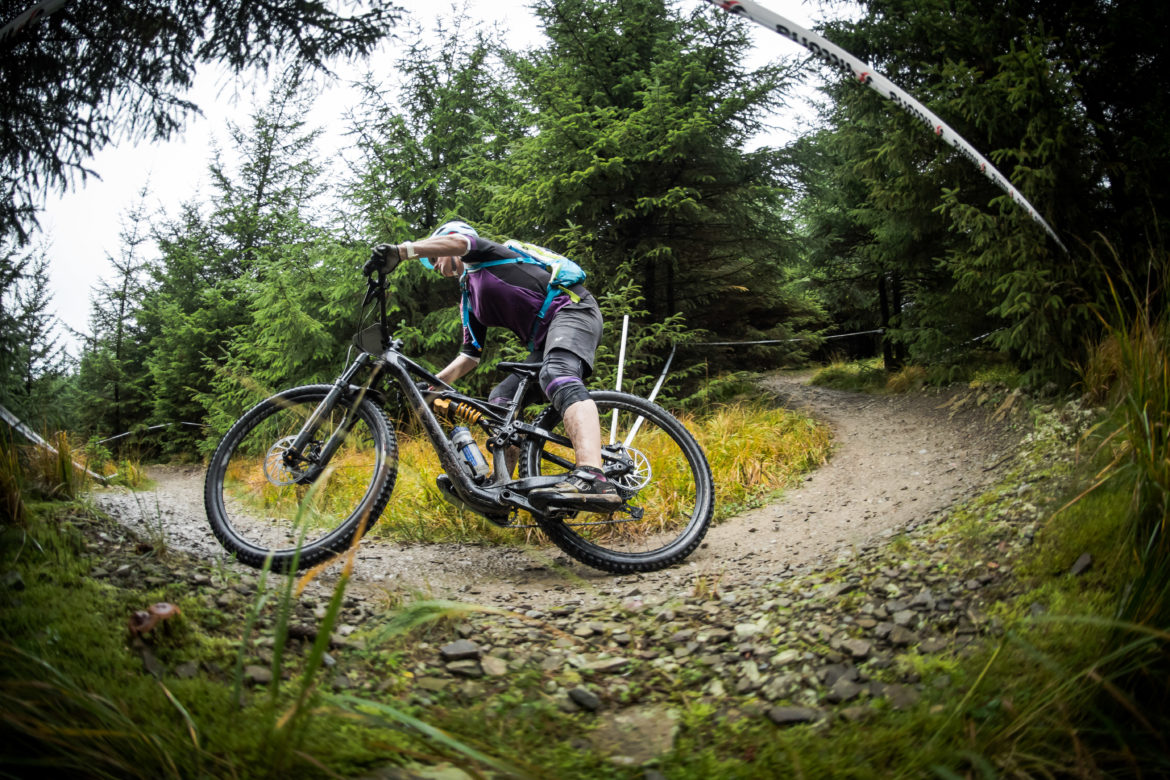 Rachael has a long and varied assortment of races under her belt, so of course, I had to find out which race she found the most challenging.

“The TransProvence of 2015 was the most memorable but also the most difficult moment. The race was amazing, some of the best riding I have been fortunate enough to do. During a stage on day five, I had a bad crash on a narrow section of singletrack with serious exposure.” 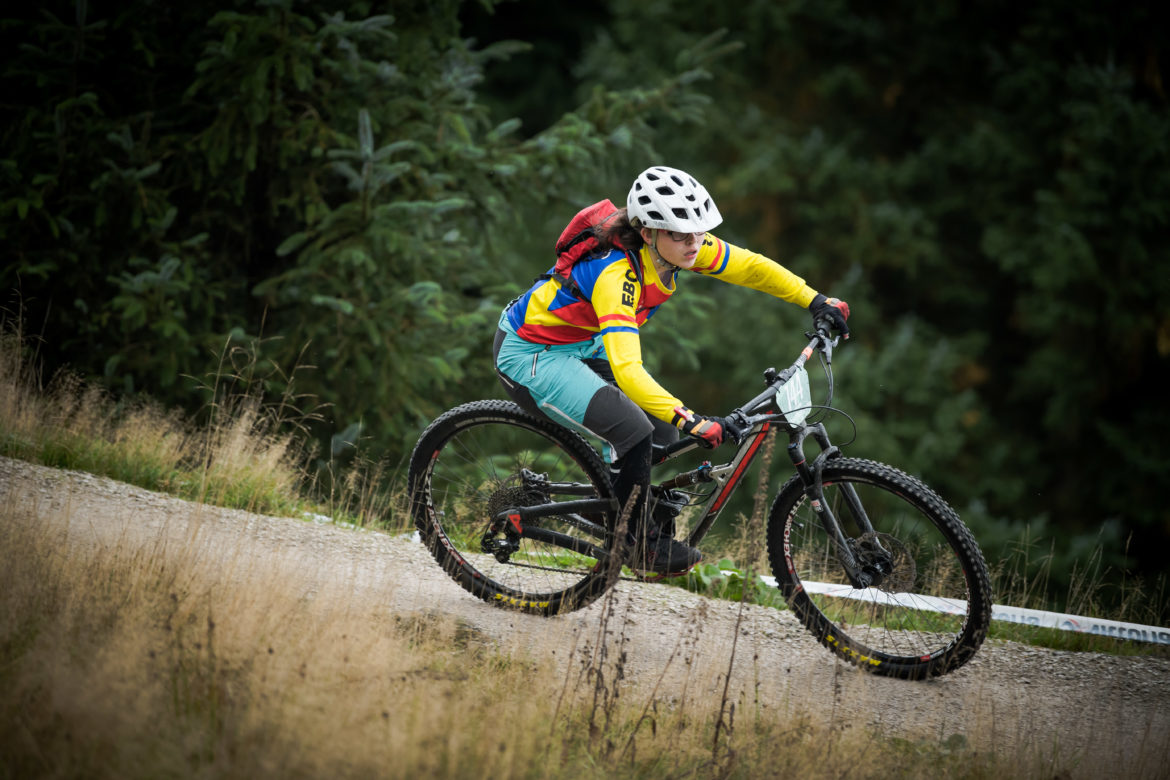 In her position at Hope, Rachael runs and supports various events around the globe, and has some lofty racing aspirations to train for all the while.

“I’ll be working and riding at a new event this year in Bentonville, Arkansas. The event is called WomenShred and is aimed at combining the existing film festival that takes place with women’s mountain bike rides and demos. It’s an interesting concept so it will be amazing to see how it pans out. I will also be competing in the Navad1000 event. [It is] a 1000km non-stop mountain bike race through Switzerland. I haven’t done much riding in Switzerland so this is a great excuse to do so!” 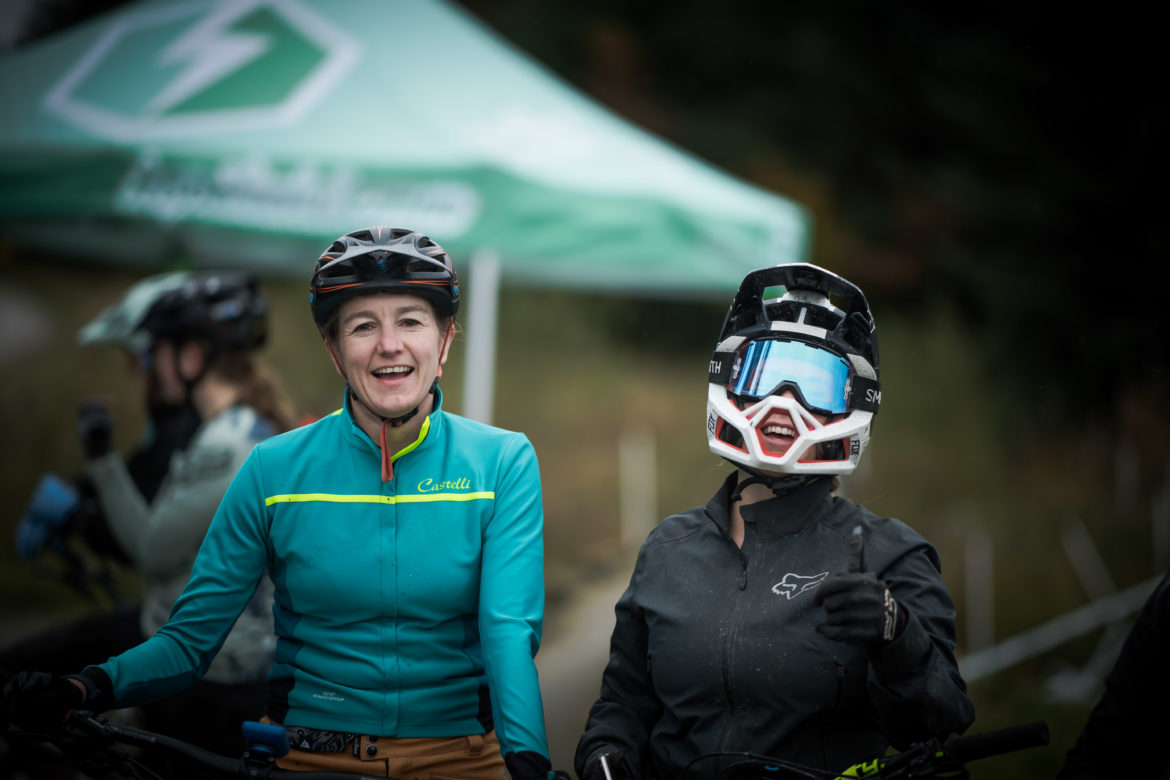 Rachael has only good things to say about her work with Hope, including a level of employee autonomy and trust that other companies could learn from.

“Hope manufactures all its components under one roof here in the UK. The owner, Ian, still comes into work most days when he’s not riding. At Hope you can actually make a difference and make decisions, you don’t have to sit through meeting after meeting and get permissions from various levels. There is a real sense of the company being grounded and you being able to make changes (if you wanted) quite quickly which is refreshing.” 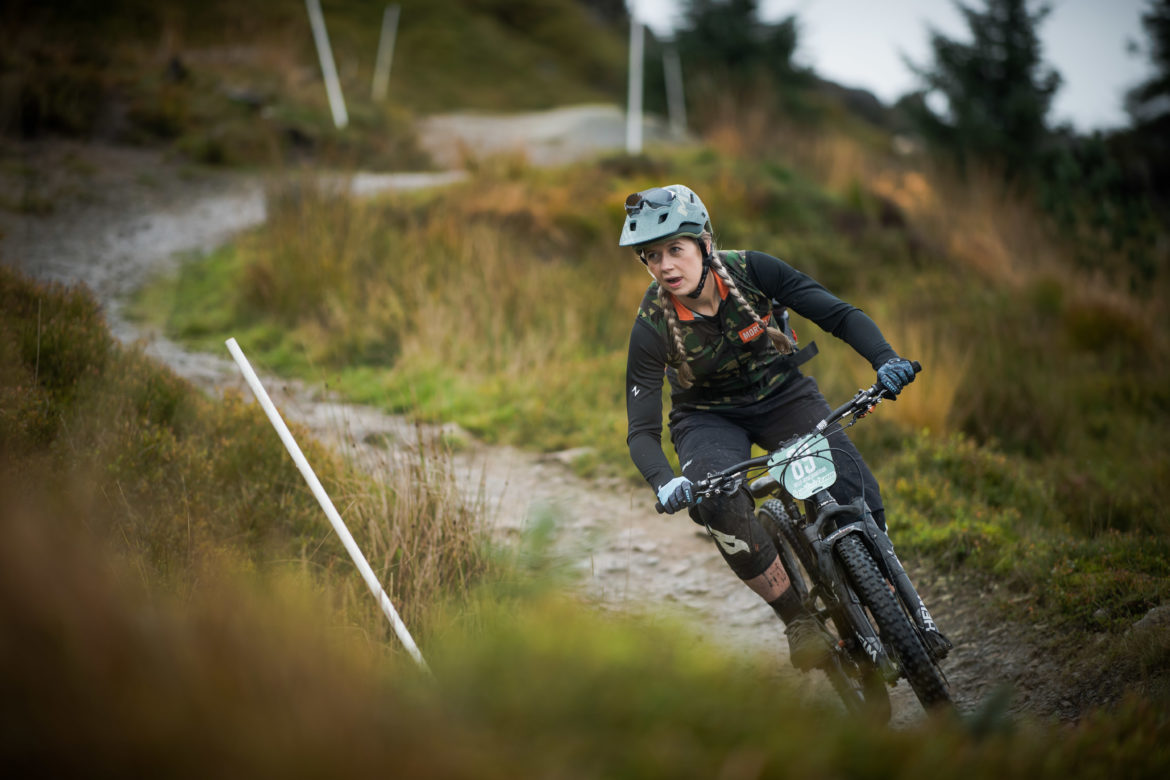 She is directly involved with a number of women’s MTB initiatives and has a keen sense of what is being done and what needs doing to make the sport more inclusive. I wanted to know what other companies, in addition to Hope, that she sees doing the work to make mountain biking better for women.

“Juliana is a great brand. Since the beginning, they have always tried to push the boundaries of the biking community’s perception of women’s mountain biking. They produce phenomenal bikes for women which instill confidence – they look pretty nice too! Other brands are now investing more into the women’s market, some in a more patronizing manner than others. But it’s great to see brands trying at least!” 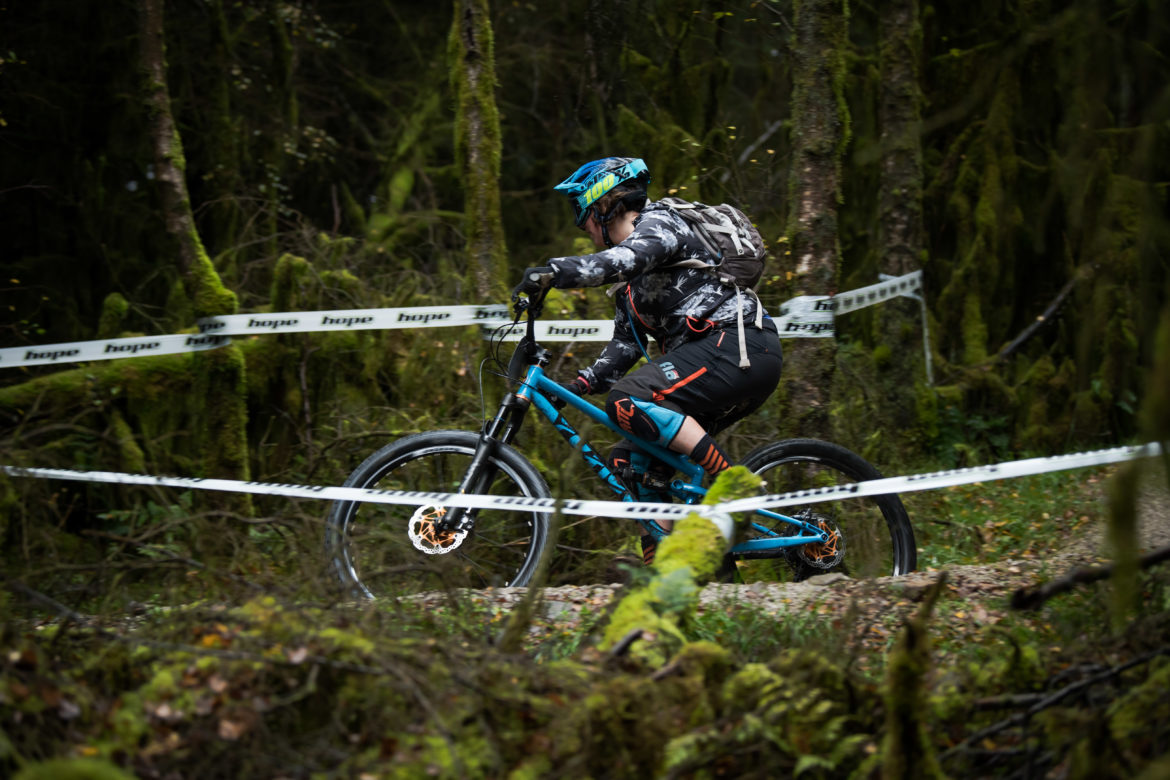 Now on to the Hopetech Women’s Enduro, which is hoisting the banner of expectations as the first women’s-only gravity race in Europe.

“At the last Hopetech Women’s (HTW) Enduro in 2018 we had over 330 women registered for the event. We hold the event at Gisburn Forest in the northern part of the UK. The trails there aren’t super technical, nor are they super easy. The trails are within reach of almost all riders. We focus on creating a warm, welcoming, fun environment for all of the women. No one judges, everyone supports, and pretty much everyone comes back smiling. It’s difficult to put into words exactly why the HTW works, you’ll have to come along to find out!” 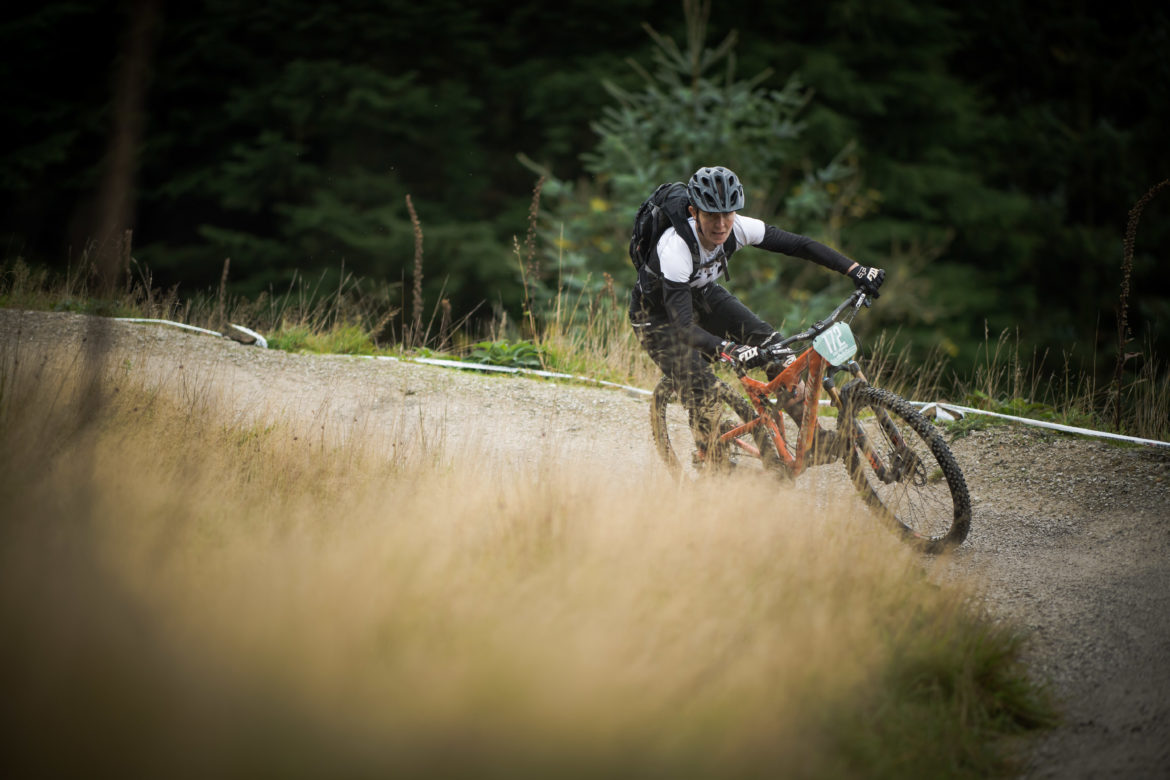 The Hopetech Women keep their support burning all year long, with a host of events, rides, and an impressive roster of sponsored athletes and brand ambassadors.

“We are fortunate to have a group of incredible Hopetech Women ambassadors who really believe in pushing women’s cycling. Outside of the Hopetech Women events, we know that all the HTW ambassadors and sponsored riders constantly encourage and assist female riders in any way they can through inspiring others on their personal social media accounts and just riding with other women on the trails.

“Due to the vast range of products for different disciplines we manufacture it means we support riders from DH to XC to CX and freeride.

“This year we continue our support of the World Cup downhill riders Adam Brayton, Katy Curd, and Melanie Chappaz, alongside supporting the Fest Series riders such as Nico Vink, Andreu Lacondeguy and Kyle Jameson. Supporting such a variety of riders definitely keeps things interesting.” 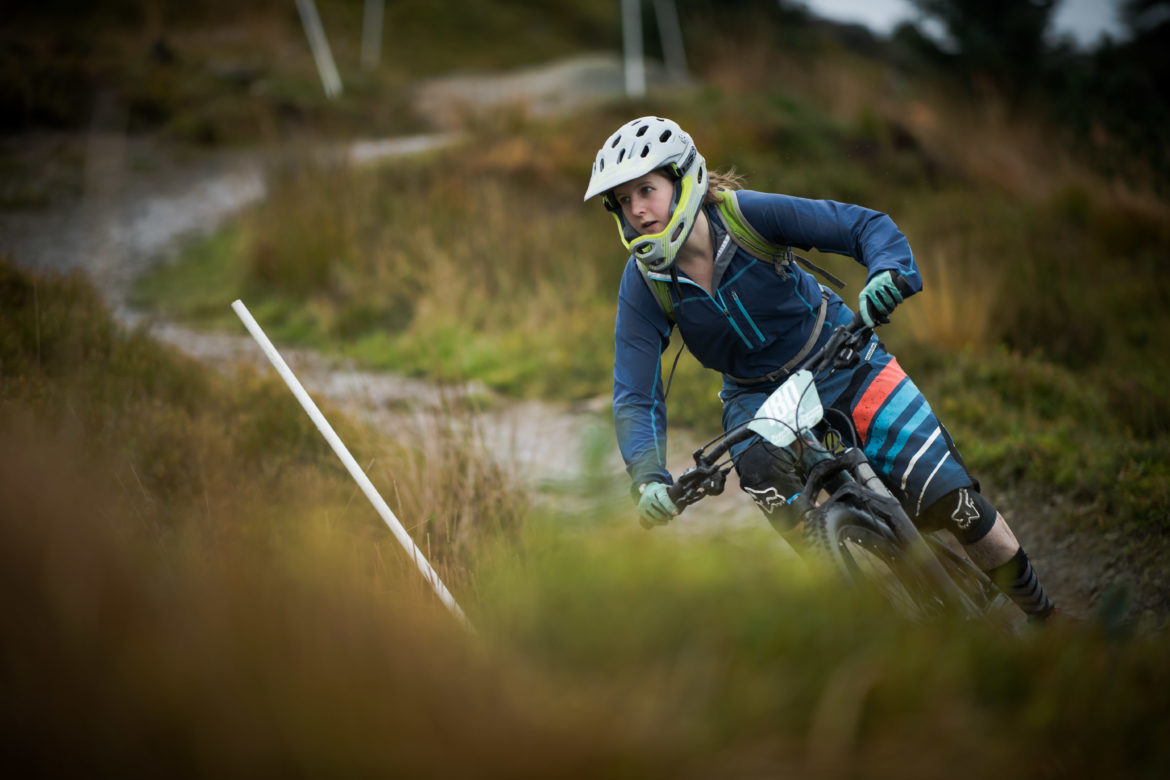 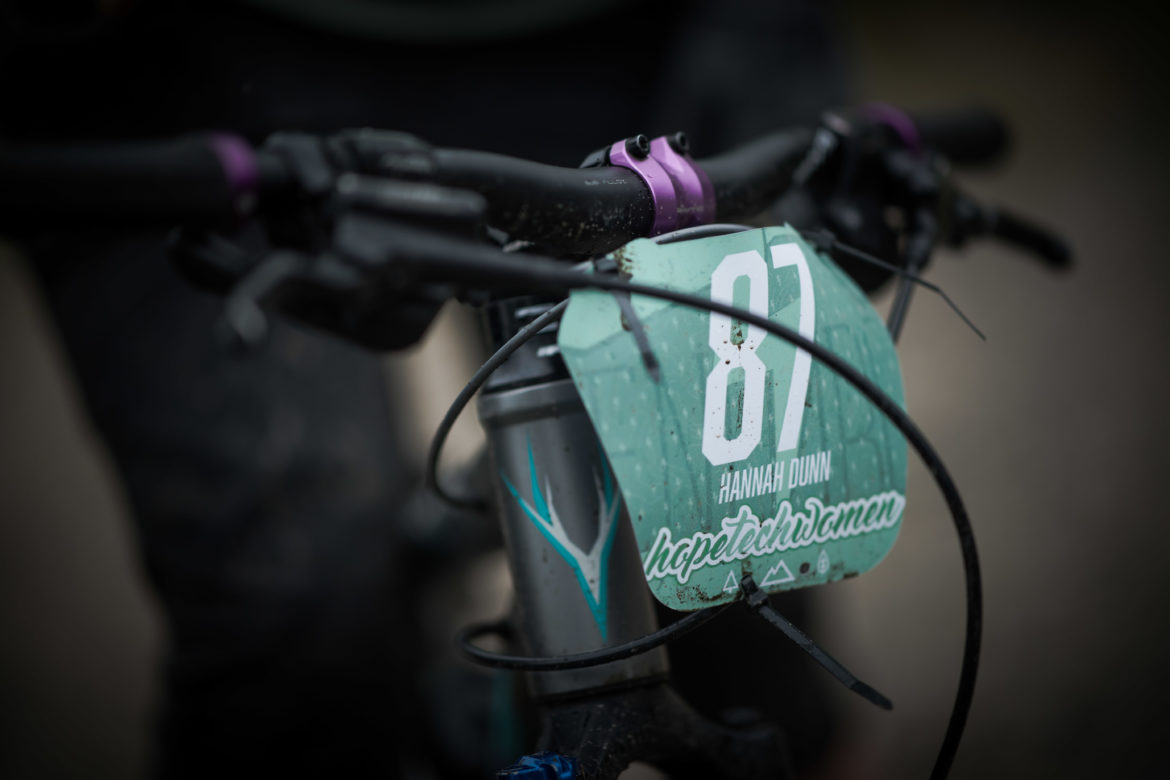 A few of the Hopetech Women have World Cup podium steps in their sights for the 2019 season.

“Katy Curd and Melanie Chappaz will concentrate on the World Cup DH races. Morgan Charre is a new recruit to HTW this year, she will focus on World Cup DH alongside the EWS races. Our Kiwi rider Rae Morrison will be focusing on some top 10 EWS results. It’s an exciting year ahead.” 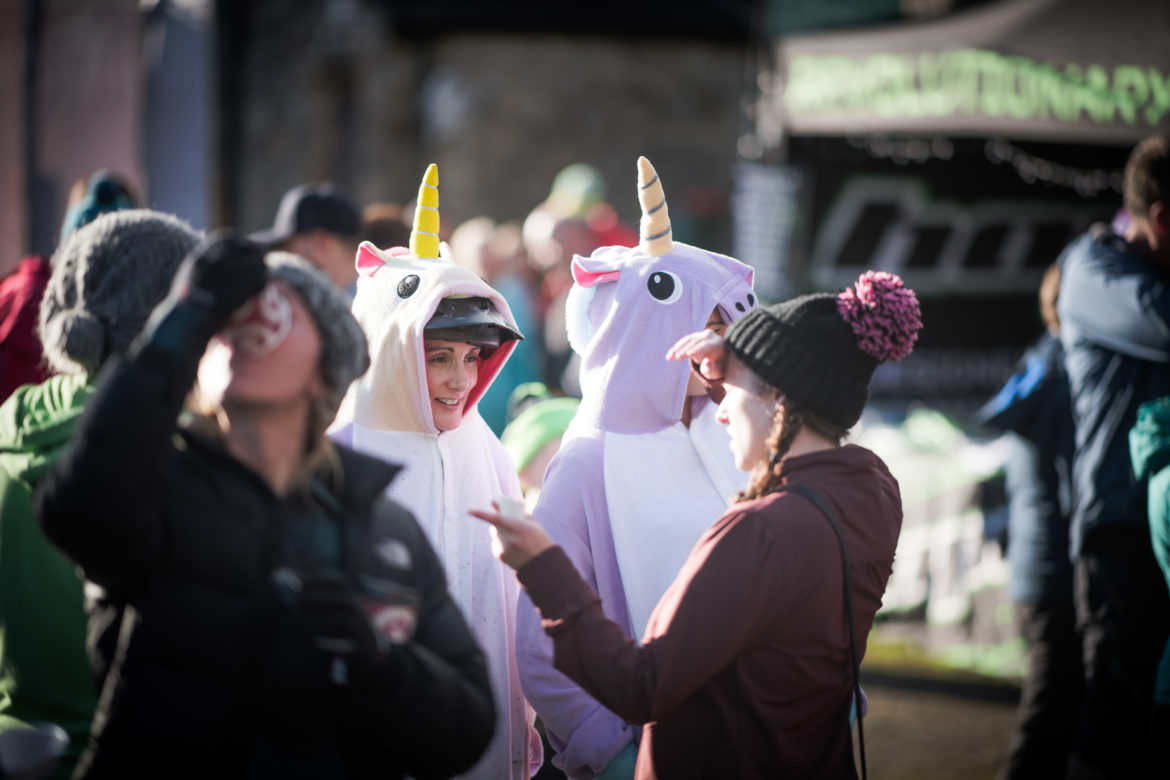 Rachael’s view for the future of mountain biking is a bright one, filled with more intentional riding in an effort to progress the sport.

“Mountain biking is definitely moving in the right direction in the UK. There are more people riding than ever before, more children and women getting into the sport. The main thing I would like to see in the UK is more of a recognition of the need for coaching in mountain biking. Many people take ski and snowboarding lessons and understand the skill and technique involved. It would be good to see more people undertaking mountain bike coaching sessions, this would really help progress the sport.”

During every good chat with dirt-legends like Rachael, I try to ask where their favorite track is. Her answer has me rethinking some summer plans.

“Maribor, Slovenia. I raced downhill there a few times. For me, there is no track as fun, as intense, and scary all rolled into one.” 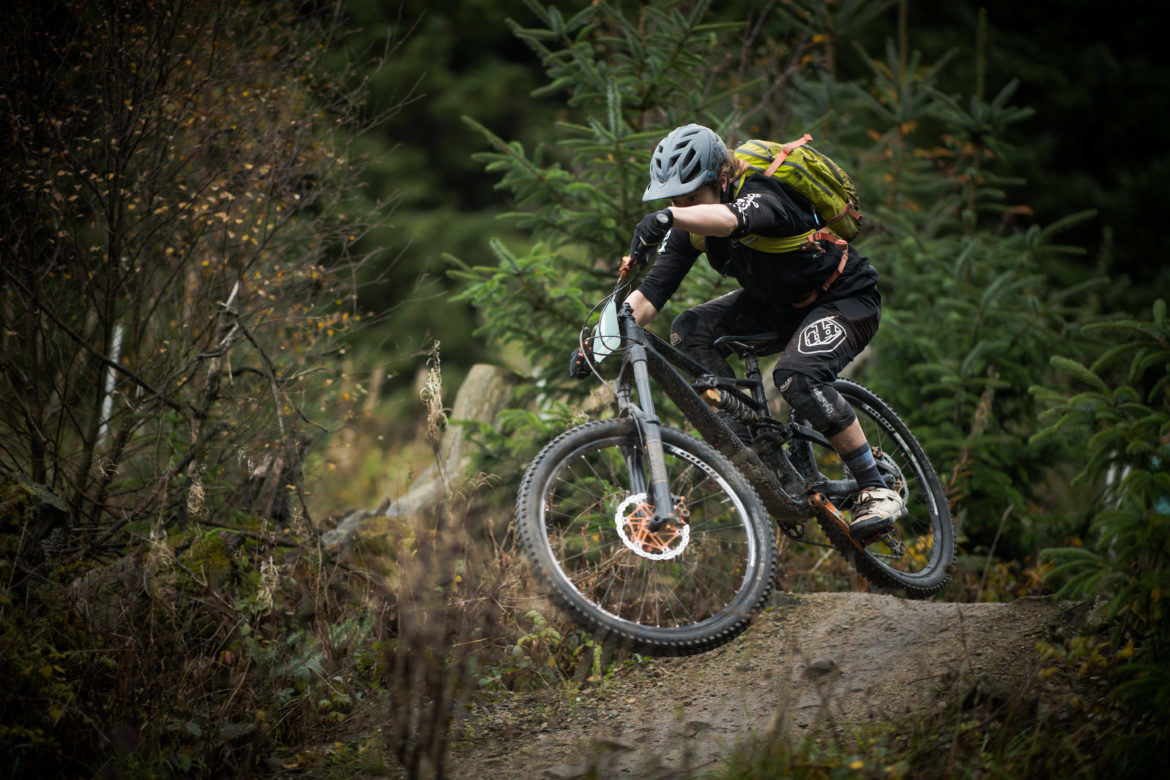 Rachael is in the cohort of folks we can all watch to learn where the sport of mountain biking is headed. She knows how to bring a wide variety of riders together to have fun, and that is exactly what we need. You can follow along with her endeavors, and all of the talented Hopetech Women, on their Instagram page. Additionally, the ambassadors and racers post helpful how-to skills videos, bike mechanic tutorials, and ride reports on their blog so make sure to check it out. 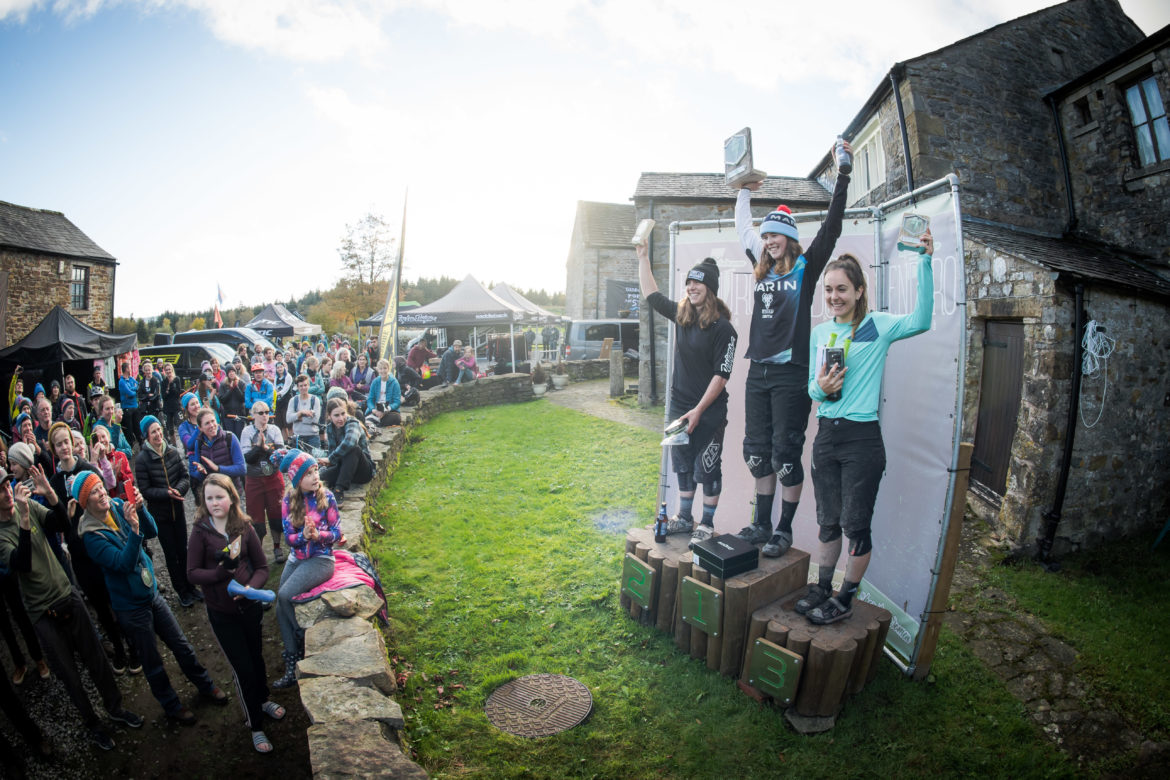