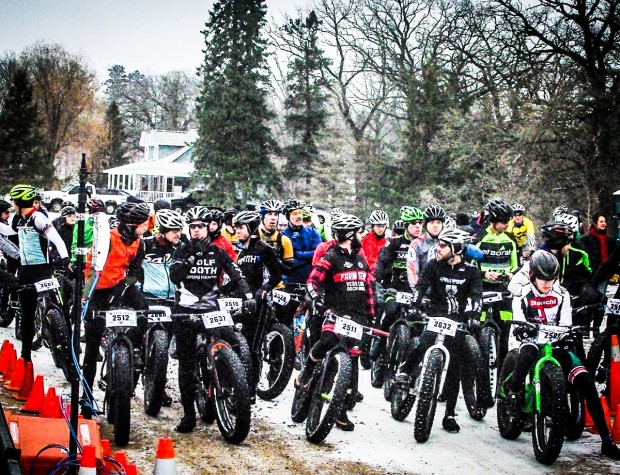 I used to get nervous at the start of races. The night prior to an event, I’d toss and turn and fret over how a lack of sleep might affect my performance. In the morning I’d choke down whatever I could, and then suffer exponentially until the starting gun commanded nervous energy to transform into hysterical pedal mashing.

How times have changed.

I don’t want to say that middle age has made me wiser, because I’m as big a fool as ever. But these days, my perspective is different. Before a race, I sleep like a baby. In the morning I can eat whatever I want, and oddly, as race time approaches my sense of calm only becomes more and more mellow.

How do you go from hate, hate, hating the frantic moments before a race to absolutely loving them?

It comes with the earth-shattering realization that the start of a race is the only place your mind is allowed to relax.

Somewhere along the way my perspective on life shifted. I resisted the change, just like everyone else, but our destinies are not completely under our control. My two beautiful daughters are chief among my new responsibilities. It’s the vision of their cherubic faces that inspires me to flutter my brakes on sharp corners I would have hot-dogged ten years ago. Whatever else happens in the race, daddy has to get home to read Mike Mulligan and His Steam Shovel before they go to bed.

We ride to escape the external hum. These days there is a constant “noise” of expectation and influence and contradictory perspective. People become combative at the slightest provocation, and minimal differences get blown up into deal-breaking issues. The task of getting individuals to march in a straight line becomes a virtual impossibility. This is bad because I’d contend that in some way shape or form, getting people to work together is the essence of everyone’s job description. The work week is crushing because no matter how good you are, there will always be those who remain uncommitted to the task.

But at the start of a bicycle race, there is a kind of soothing order.

Sure, it’s frenzied and chaotic and sometimes emotions are running high, but there is one spirit-lifting constant: everybody is united under the same goal. Strangers with different beliefs fret about under the same desperate time constraints as they struggle to get ready for an endurance event. Competitors are nervous, excited, and busy. Too busy to act ridiculous. A challenge is looming and the specter of that challenge is a distraction from all the petty points that might sprout into an argument in times of leisure. 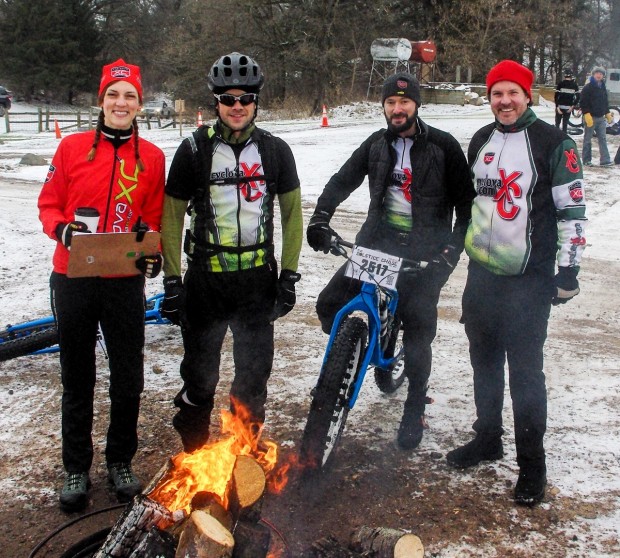 About an hour before the starting gun goes off, there is a kind of complete harmony. All the pre-race rituals are different in their individual aspect, but they are the same in their overall meaning. In the waning, crazy seconds as racers make their final checks, there is instant mutual understanding. You’ll catch the eye of other racers and share nervous laughter, or become aware of some mutual sentiment. You will communicate nonverbally with somebody you’ve never met, and that communication will be on a level you’ll rarely achieve elsewhere in your existence.

The final countdown is relaxing because the constant pressure to get people to work together is lifted. The task is complete. Everybody has the same goal. Everyone is marching in a straight line. Seeing it happen, even briefly, makes the struggles of the work week seem all the more worthwhile. Fleeting moments of perfection are rare.

Then it’s three…two…one…and the normalcy of modern existence is restored. However, the spectral memory of something better remains. Soon enough the external chatter will begin again, but that instant of silence is nourishing. You can find such a moment at the start of any event you choose to enter.

The lead up is the best part. The race itself? That’s just a bonus.