As Kiefer Sutherland learned all too well, a lot can happen in 24 hours. Certainly, putting in 24 continuous hours on a bike lines up among the greatest of physical challenges.  Fortunately, most 24 hour races allow for teams in a relay format. The concept is both simple and fun: competitors race around a course, completing as many laps as possible within the 24 hours, which generally runs from noon one day until noon the next. When two or more teams complete the same number of laps, the team who does so in the least amount of time places higher.

Of course, this also means racing through darkness, so lights add to the equipment list required for a competitive race. In the event you think you have the leg and lungs… and the butt… to endure 24 hours in the saddle (or have adventurous friends willing to form a team), here’s a roundup of 10 great 24 hour races where you can test your mettle in 2015. 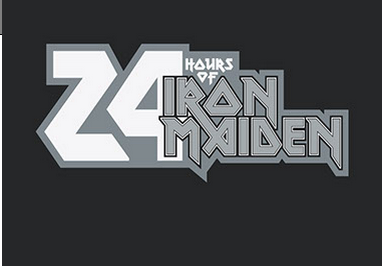 Okay, so we just missed this one this year, but it’s never too early to start planning for next year.  I don’t care where it is or what the course is like–any race that names itself after England’s most unique and intelligent heavy metal band automatically goes to the top of my queue.  I may not be a Seventh Son of a Seventh Son, but I’d gladly tolerate being a Stranger in a Strange Land as I Run to the Hills to ride like a Moonchild at 2 Minutes to Midnight.

I blogged about the unexpected but amazing beauty of the Texas Panhandle’s Palo Duro Canyon a little over a year ago and think it would make a great venue for a 24-hour race.  If you remain unconvinced, check out this video.  This one also includes a 24-hour road race, so you can also bring along your roadie buds and everybody can test their mettle against the night. The proceeds from this race will support cancer survivorship, so you can feel good about that amid the pain.

The Isle of Man sits between the main island of Great Britain and Ireland.  What most of us stateside don’t realize is that it sits at such a latitude that it’s actually further north than Edmonton, Canada and far north of anything in the contiguous 48 states.  What that means is that race day will provide over 17 hours of daylight in a beautiful and unique location.  This one may be a real challenge to get to, but it will be an experience to be sure.

Bend has powerfully shot up in recent years as a Class A mountain bike destination, so it’s only fitting they host a Class A 24-hour race.  Sporting a wide array of divisions for all ages and ability levels, there’s something here for everyone–or at least anyone willing to ride on through the night.

If you’re looking for mind-altering scenery to take your mind off the pain of the race, you could do no better than the Canadian Rockies in stunning Alberta. Canmore, just down the road from its more famous cousin, Banff, is a super fun town and should play host to an excellent race.

Personally, I think calling a 24-hour race “hardcore” is redundant, but just in case you weren’t sure, this one is indeed attracting high-powered competitors. It does have options for mere mortals, including a corporate teams division with teams of up to 10 riders which really splits the workload. Okay, who wants the night shift?

The Wisconsin woods are a glorious place in the summertime, so why not spend a day (literally) turning cranks there?  The Wausau 24 will provide you with a marvelous course over which to pedal, day and night.

Set amongst a weekend-long mountain bike festival, the 24 Hours of Great Glen challenges racers with singletrack and carriage roads in the shadow of the east’s highest peak, Mt. Washington.  Get ready for a weekend of bike-based fun with 24 hours of pain thrown into the middle of it.

In contrast to the Longest Day competition, the crazy Scots run this one close to the shortest day; there are approximately 17 hours of darkness over the course of this race.  And it’s pretty far north, which means it’s probably going to be cold.  And damp.  If you’re a hearty one, the Strathpuffer, ranked as one of the 10 toughest races on the planet, is right up your alley–just don’t try to be so authentic as to ride it in a kilt!

Running 17 years now, 24 Hours in the Old Pueblo is one of the most storied and venerable races of the 24 hour format.  The race draws everyone from fun-loving adventurers to hardcore competitors for a day of revelry and racing in the cool (the race is in February) desert air. While admittedly we’ve already missed 24 Hours in the Old Pueblo for 2015, if there’s one 240hour race that will stand the test of time and that can be relied on year after year, it’s this one. Start planning for the 2016 version now!

Your Turn: Know of a 24-hour race that we didn’t mention? Tell us about it in the comments section below!

Not nearly as many 24 Hour races as there once were but it looks like the ones that are left are good ones. The Strathpuffer race sounds miserable… and I so want to do it. 🙂