tough grueling climb up to mt herman road where you cross and continue climbing. stay on 715 at the top of this hill, then enjoy the downhill and flowy single track through some over grown wooded areas which will eventually lead you overtop of palmer lake watershed. when you get to the fence, go through it and head down hill to the left. you will have to ride you bike throgh the houses in palmer lake to get back or park a car near the watershed.

First added by tmoney149 on Oct 17, 2011. Last updated May 11, 2020. → add an update
Before you go
This trail information is user-generated. Help improve this information by suggesting a correction.
Getting there
Route to Trailhead with Google Maps
Take the Monument Palmer Lake exit off i-25 (Exit 161) and head west. Drive 0.9 miles through downtown Monument and over the train tracks. Take a left at the stop sign onto Michelle Road. Then travel 0.6 miles and take a right onto Mt Herman Road. Drive 0.8 miles to Nursery Road. Take a left on Nursery Road, and the THD and parking lot are immediately on your right. Park and ride the trail system over to 715 or take the road that splits the area in half unitl you find 715 on your left.
I Rode It!   Add to another list 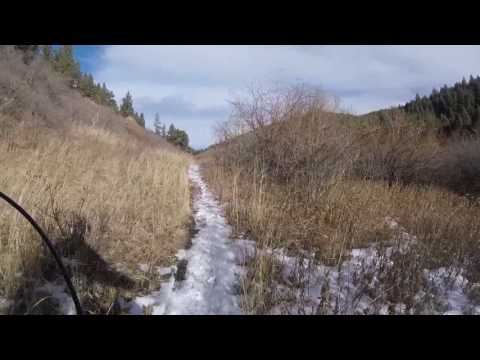 Q: How was it named?
asked by on Apr 25, 2014
ANSWER
Please login or create an account.
A: I am guessing someone named Limbaugh road his bike off the cliff and died.
answered by camelkicker on Jun 11, 2015    Feedback: Helpful | Not helpful