There really isn’t a case where I’d rather shoot photos with a phone than a DSLR, but in every case I’d rather save the six to eight pounds of camera weight for something that can fit in my pocket.

Most of us don’t ride with a DSLR, but most of us do have a smartphone with a camera, and we often bring it to record either the distance or the visual aspect of our rides.

While DSLRs offer an infinite amount of adjustability, smartphones are comparatively limited. This doesn’t mean it’s impossible to get a great photo with an iPhone or Android though. It just means we need to adjust the way we shoot. Like anything else in life, the things that we say “we suck at” are the things we just need to practice.

By combining a few basic photo composition techniques and learning what to expect out of a smartphone, we’ll talk about how to get a good camera phone photo on your next ride. Because as they say, the best camera out there is the one you have with you.

These have been covered in some other articles on Singletracks by Michael Paul and Syd Patricio, but we’ll briefly go over a few of them again. Since the technical abilities of a cameraphone are limited, the best thing to do sometimes is rely on compositional techniques.

Why does photography, an art, have rules? Well, it has something to do with science and the way that your eye reads a photograph. When looking at a photo, the human eye wants to roam around it, rather than stay in the center. If the subject is in the center, the eye doesn’t have anywhere else to go, and the depth of the photo becomes limited. This isn’t always the case though, and sometimes a center-subject photo looks great.

Most likely, the smartphone will have a grid of thirds that can be turned on when in shooting mode and you’ll just need to time the shot once the subject hits the intersecting lines. Post-process cropping is also an option and sometimes a centered photo can be cropped so that the subject is further away from the center.

This is one of the easiest techniques to employ on the trails. Framing is done by placing the subject between trees, leaves from a bush, or some other object.

Framing points are usually easy to find since mountain biking happens in the middle of a ton of objects. To get the timing just right, hold the shutter on burst mode and pick the best photo out of the bunch.

Panning is one of the most fun techniques to learn on a DSLR. A panning shot puts the rider in better focus and makes viewers feel the rider’s speed. On a DSLR it takes practice and nailing the settings to get a good exposure, but with a smartphone, it gets much simpler.

It’s best done by using a spot on the trail where there aren’t any objects between the photographer and the rider. As the rider moves along the trail, hold down the shutter for burst mode and follow the rider with your phone. The phone should automatically focus on the moving subject and should blur out the background.

One of the best ways to enhance any photo, including photos taken on a cameraphone, is shooting at the right time of day. Shooting in the morning, or the few hours before sunset when the light is softer, will result in a more aesthetically-pleasing photo. A cloudy day can also help at times.

If you can avoid it, it’s best not to shoot during mid-day when the sun is highest in the sky. The direct light will give the photo a harsh look. Also, avoid spotty lighting, like the kind found on a sunny day under leafy tree cover, where blotchy shadows appear on the ground. On the same note, it’s best to avoid split lighting if possible, where a shadow may take up a big portion of the photo and contrast with a lit portion.

The last thing you want to do is miss the shot, but you don’t have to anymore. Most cameraphones have a ‘burst mode’ now. Hold your finger down on the shutter and the snapping will continue until you release it.

Hit the shutter before the rider is in the frame and let go once they are out of it. You may have an insane amount of photos after this, but pick the best ones and you can delete the rest.

With a cameraphone, it’s better to get closer to the subject when possible so you don’t have to use the zoom. Zooming on a cameraphone only crops the image down digitally, and usually results in a loss of resolution, or an increase in pixelation.

This is similar to a panning shot in some ways and different than others. Ideally, find a fun feature or landmark that the subject will ride past and focus the phone on the feature. By using burst mode again, hold it down as the rider moves past and it should create an image where the background is sharp and the rider is blurred, conveying motion and speed.

Yes, it’s always hard to figure out how to make a camera “do it justice” when shooting a rider on a steep line or a feature. But it’s not impossible.

It’s time to work your angles. Go low if a rider is hitting a drop, or maybe high up if they are riding down something steep. Perspective is something that will take practice to get right. Oftentimes I like to get my phone lens close to the ground (like the rock in the corner), and then tilt the phone back.

This usually ensures that the rider will have enough room in the frame of the photo and the angle should help the move look realistic.

One of the toughest elements to convey on a cameraphone is depth. Since a DSLR allows the user to set the aperture and adjust the zoom without distorting the image, it’s a lot easier to create depth. Without that, it gets tricky.

The focusing ability on cameraphones has increased dramatically also. One fun way to shoot a photo is to get close to a rock, tree, or other piece of terrain and focus the photo on the piece of terrain with the rider out of focus. By focusing on the closer subject, it adds adds a bit of depth.

Try it with the other subject in focus and pick which one you like the best. The photos below frame the riders between the rocks. One of them has the rocks in focus and in the other, the riders are focused. Adding foreground to a photo will add a bit of depth either way, but by focusing on the rock, it adds a little context to the riding environment. 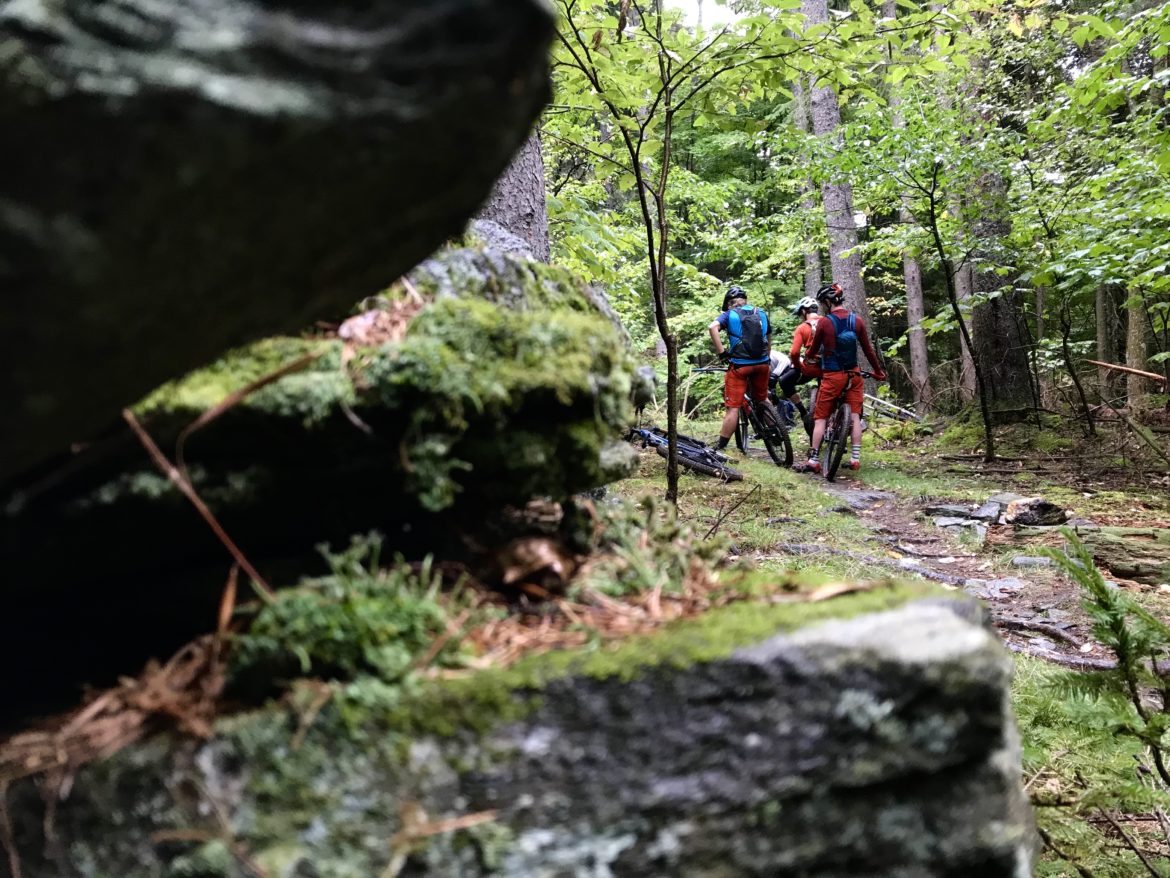 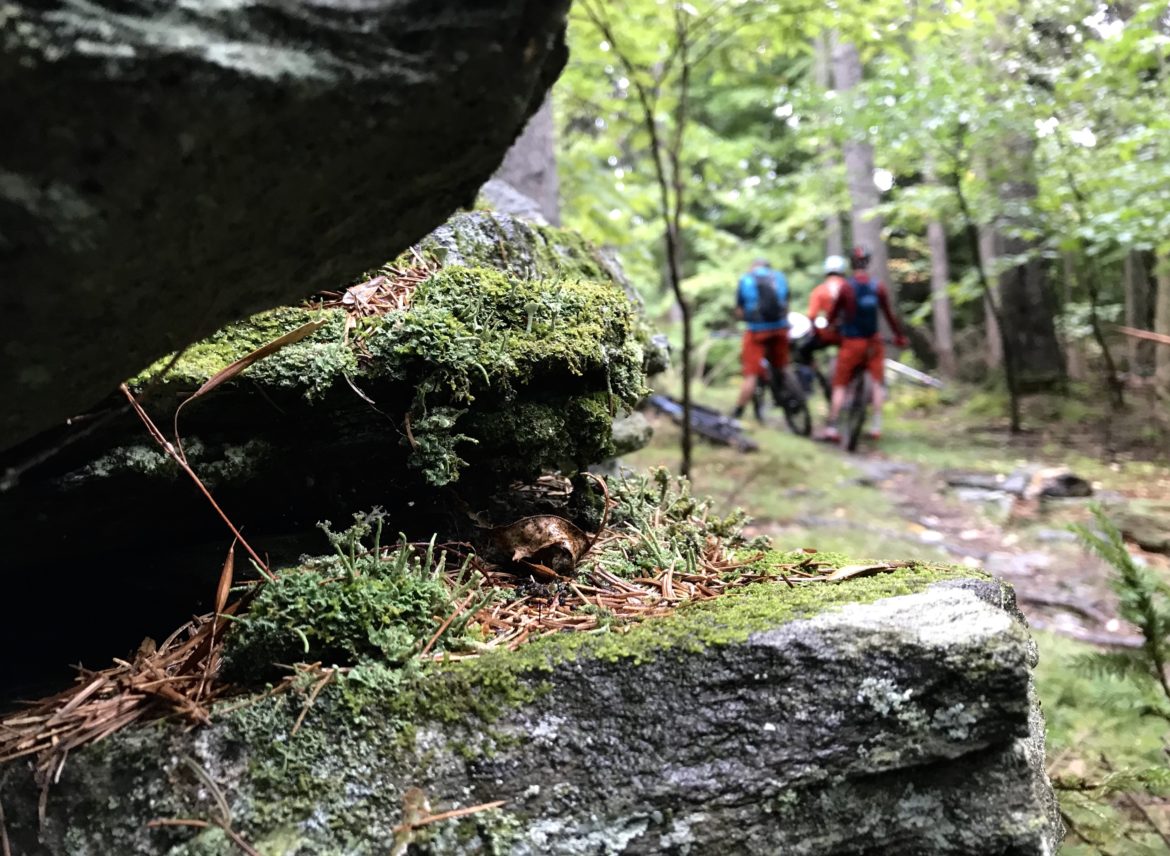 Editing comes with some personal preferences, and it should convey a sense of personal creativity and touch. In the end, it’s best not to over do it. An HDR (high dynamic range) filter can enhance a cameraphone photo to a point, but it can also turn it into a photo that looks more like a cartoon rendering. The two images below show the difference in a photo when one (the bottom) has a very strong HDR filter applied. (Photo by Hannah Morvay) 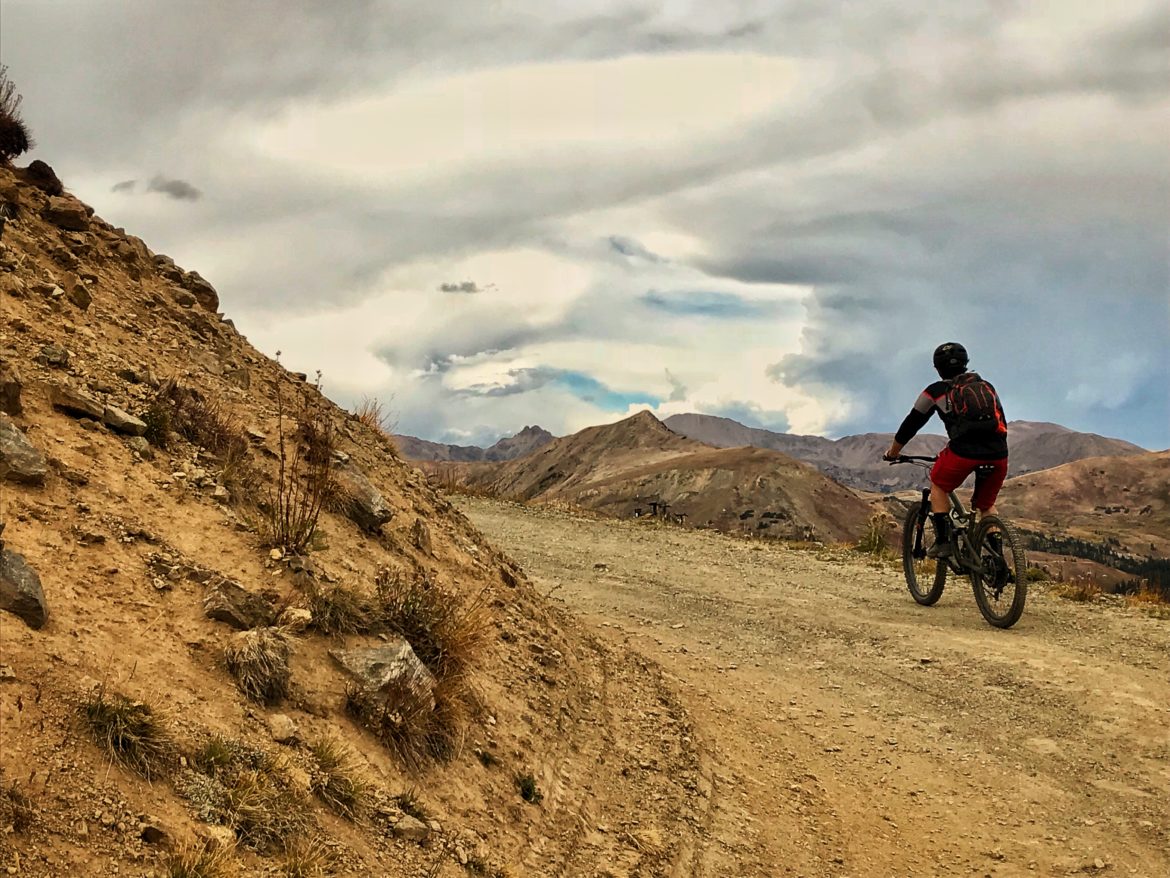 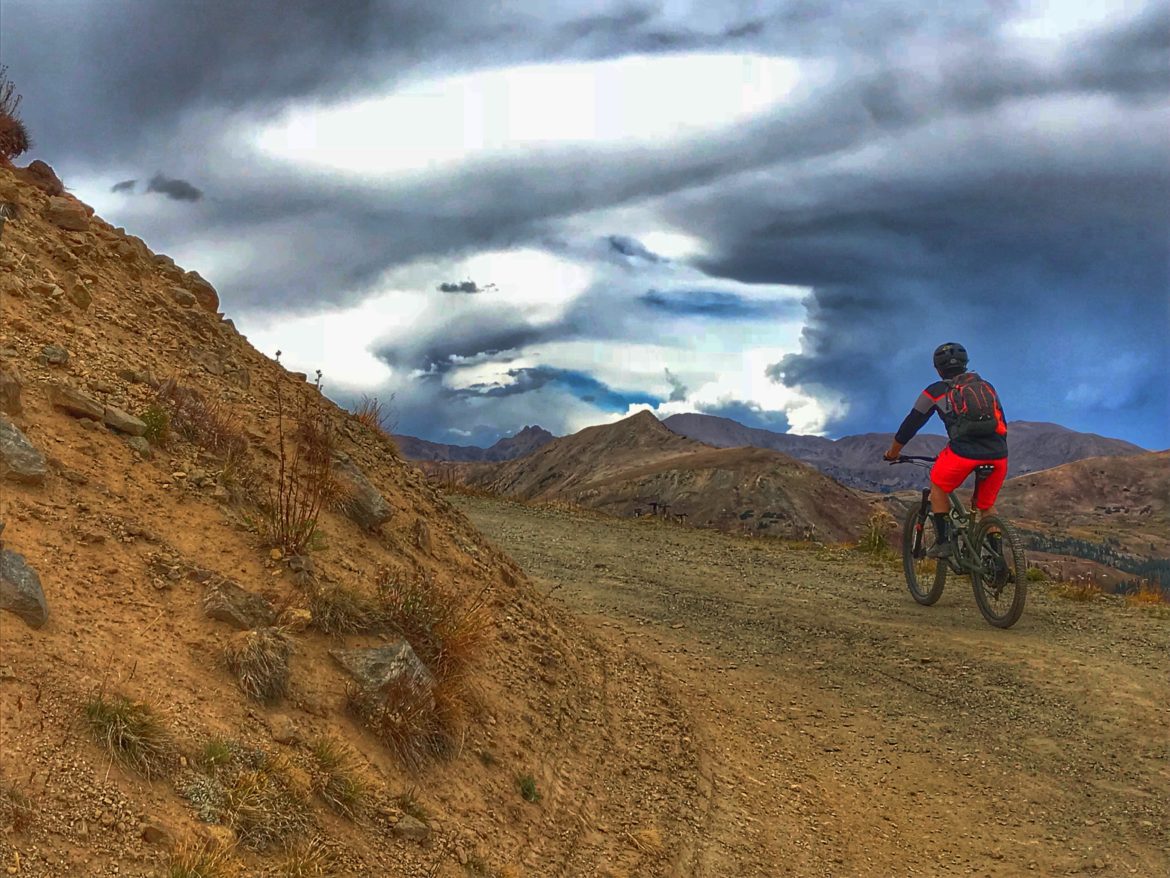 Start with small adjustments. iPhone and Android both have editing capabilities that come stock with the phone’s app and photo programs. The Snapseed app by Google is a great app also. Contrast enhances the photo’s highlights and shadows. Add exposure if the photo is dark, turn highlights down if there are “hot spots” in the photo, and lift shadows to add a little more light to a dark photo.

Now it’s your turn. These tips should keep anyone busy for a little while and hopefully negate the argument that you need to have an expensive camera to get a good shot. Take a few of the rules, get ’em down, and then break them and see what happens.

And don’t forget to share your best shots on Singletracks where we might feature you as our photo of the day!